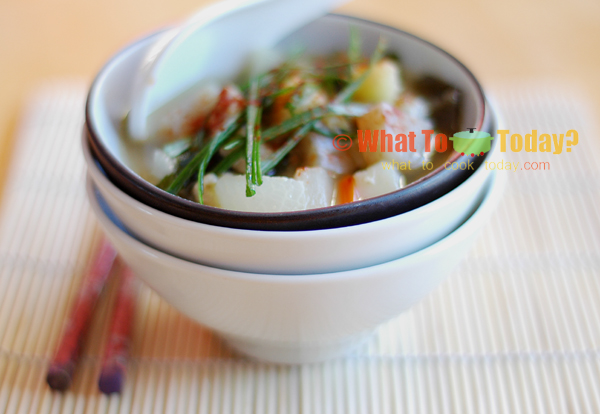 I’m ending my journey with Everyday Harumi cookbook by Harumi Kurihara with this tonjiru, a standard dish in Japan. Each household in Japan has its own version of tonjiru. The traditional tonjiru is made with tofu, miso, and dashi stock, combines pork with vegetables such as daikon, burdock, sweet potato, and konnyaku.

I’ve never had konnyaku before. Konnyaku is also known as konjac. From what I read in wikipedia, konnyaku is a perennial plant, growing from a large corm up to 25 cm in diameter. Konjac is grown in India, China, Japan and Korea . It is used to create a flour and jelly of the same name. It is also used as a vegan substitute for gelatin.In Japanese cuisine, konjac (known as konnyaku) appears in dishes such as oden. It is typically mottled grey and firmer in consistency than most gelatins. Konnyaku made in noodle form is called shirataki noodles. It has very little taste; the common variety tastes vaguely like salt. It is valued more for its texture than flavor and I do agree with this. It’s the texture thing and I just happened to like it. 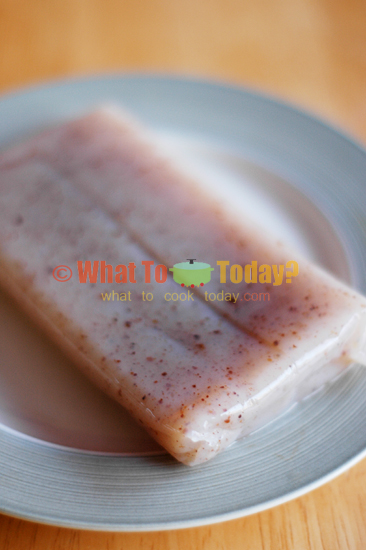 The whole tonjiru dish is very comforting in this cold winter weather. I threw in some wakame seaweed in the soup as well. This is also a kind of dish that you can put whatever vegetable you like. It’s been great cooking the Japanese meals (household version) for the past two weeks or so and I hope if you give any of these a try, you like it too. 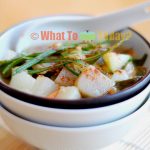 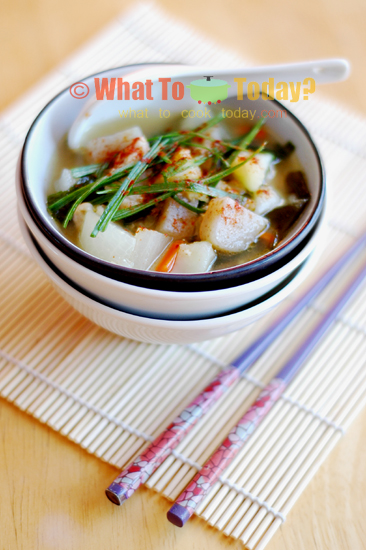 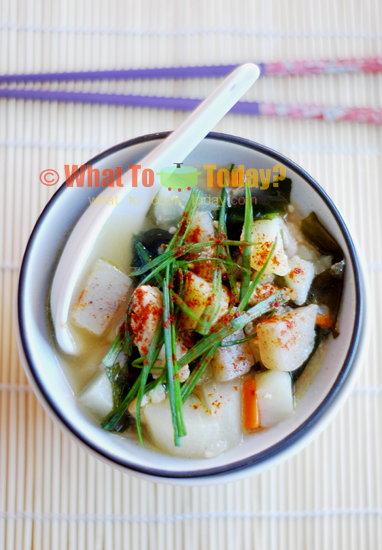 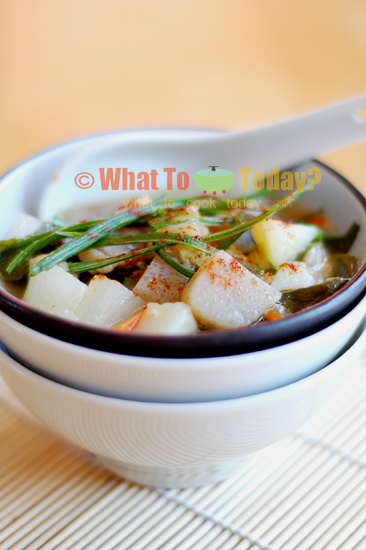