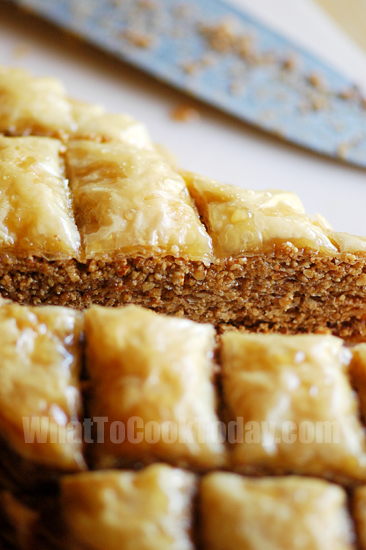 Baklava is a popular Greek and Middle Eastern pastry made from layers of buttered phyllo dough filled with chopped nuts and soaked with a sugar or honey syrup. Baklava is a traditional Easter specialty, consisting of forty layers of phyllo to represent the forty days of Lent.
The history of baklava is not well documented. It has been claimed by many ethnic groups, but there is strong evidence that it is of Central Asian Turkic origin.

My first encounter with Baklava was in Oklahoma. I was watching the morning news and they were featuring the Baklavas from Muhanna Sweets shop in Tulsa, Oklahoma and how good they were. So, I decided to order some online and they actually delivered them. They were no jokes indeed. So GOOD!!!! The first time I had them and certainly they were unforgettable. I saw the Baklava recipe on Martha Stewart Living cookbook again and I immediately just wrote myself a note as one of the desserts I need to make and today was the day.

Baklava wasn’t actually hard to make. Though, it was kinda labor intensive in the layering of the phyllo sheets part, but other than that, it’s pretty straight forward.
The smell of the baking Baklava is incredible. You know..the butter, the spices, the nuts….. I’m going nuts (in a good way!). They are even better when you get to eat them 🙂 So flaky, so buttery, so nutty, so sweet….so…yeah..GOOD! My husband never had it before and he was impressed. That crunch when you bit into it will sure break the silence in the room! AMAZING! 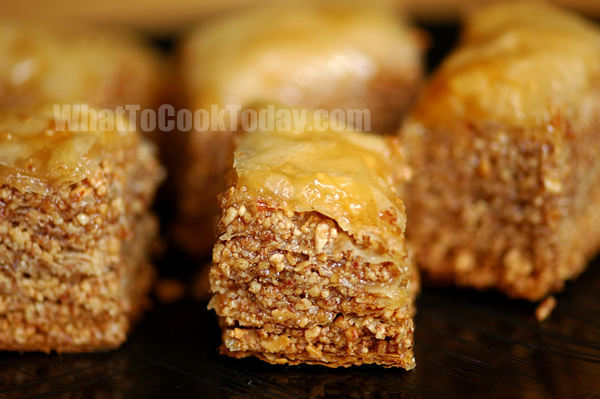 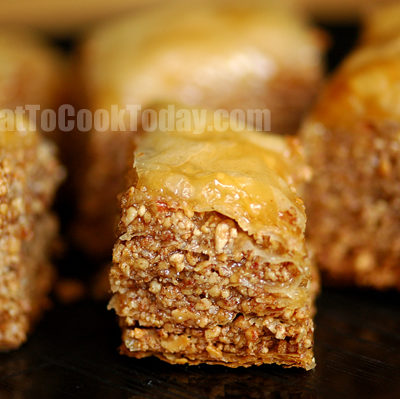 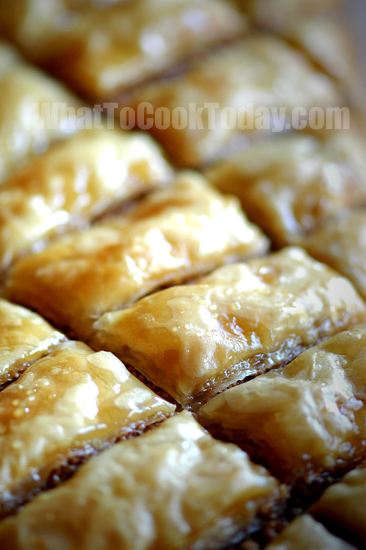 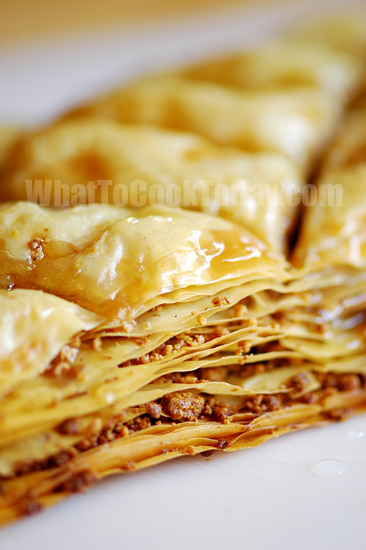 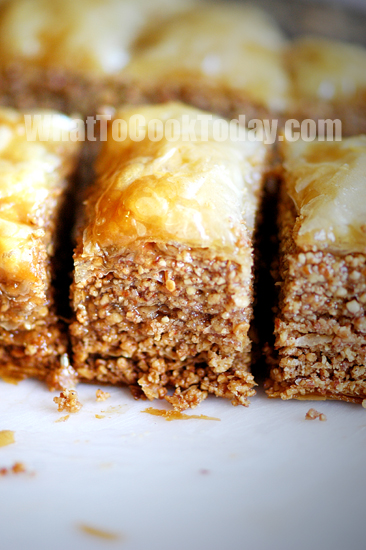