Mom’s perkedel kentang are crispy on the outside, soft and savory on the inside. Now with an easier method by steaming, pressure cooking if you don’t want to fry the potatoes. 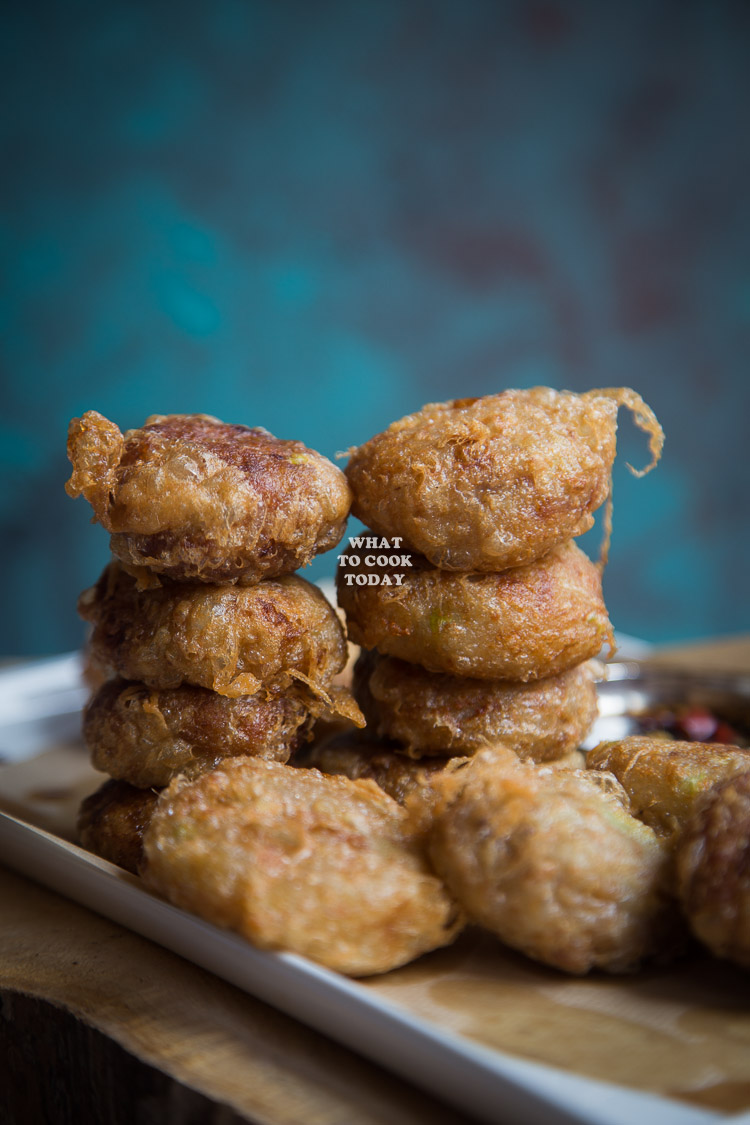 I seriously couldn’t make this fast enough for my kids to eat. I thought I made a big batch that will last me at least two days and they disappeared in one day!

Perkedel is said to be an adaptation of the Danish frikadeller, which is a type of pan-fried meatballs. Indonesian perkedel has more potatoes than meat. Perkedel kentang or also known as bergedil or begedil in Singapore and Malaysia is a popular Indonesian side dish that is great to be eaten alone as snacks or serve with Soto Ayam. In my hometown, it is commonly seen served with soto ayam.

My mom has a wonderful perkedel kentang recipe. Majority of perkedel sold by vendors usually only has potatoes without any ground meat, but my mom’s recipe include ground/minced meat and I love it. Sometimes she even put finely chopped shrimp in there. 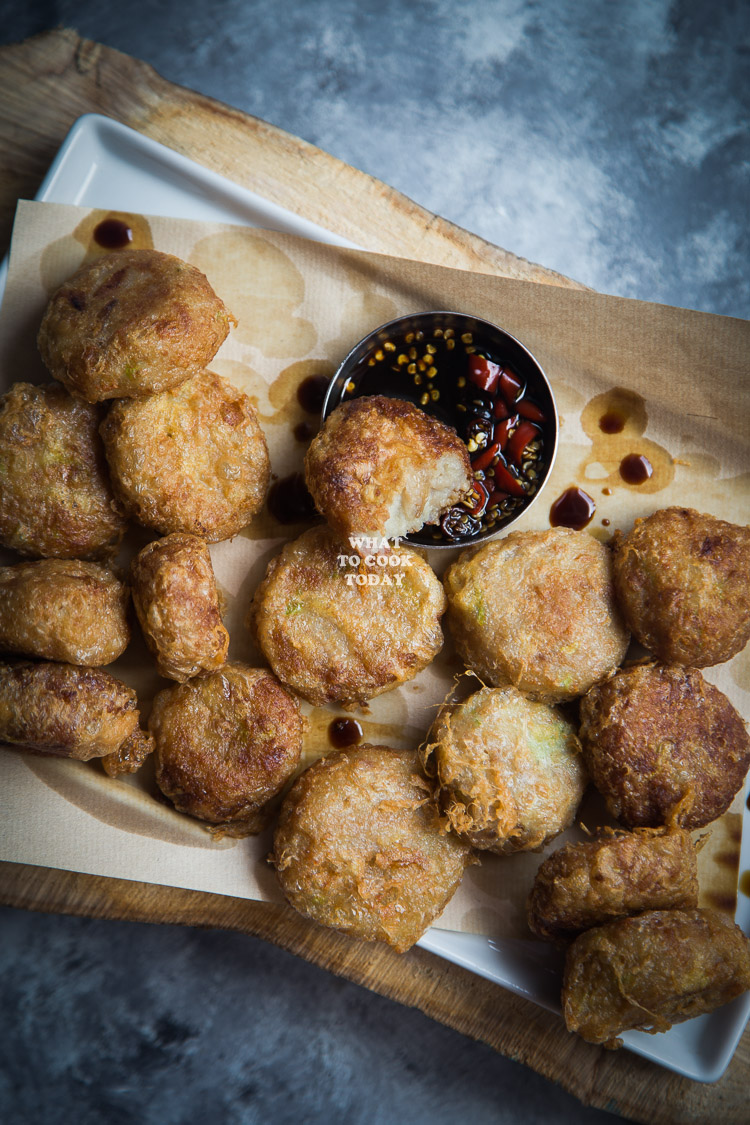 WHAT TYPE OF POTATOES TO USE FOR PERKEDEL

I prefer to use Russet or Yukon potatoes as they have higher starch content but low in moisture. But again, there are some people who like to use waxy potatoes, which are low in starch but higher in moisture. It’s your call.

POTATOES CAN BE STEAMED, PRESSURE COOKED, OR FRIED

COOK’S TIPS YOU NEED TO KNOW

1. If you choose to fry the potatoes, make sure you don’t fry until too crispy or it will be hard to mash
2. If you boil the potatoes, make sure you drain off any excess liquid after boiling and let them sit in the pot for few minutes to “dry up”
3. Make sure to chill the potato mixture before forming them into patties. This will ensure that the perkedel won’t break apart when you fry them
4. Fry over MEDIUM heat. If you fry over high heat, chances are the perkedel will disperse and fall apart 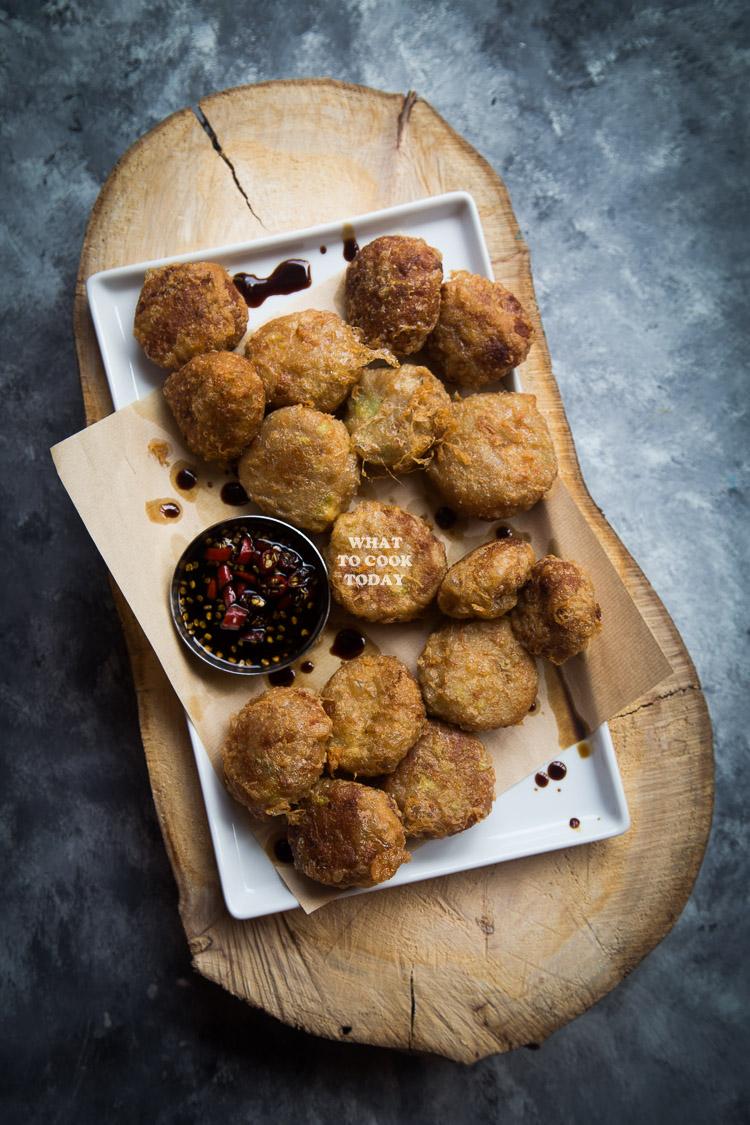 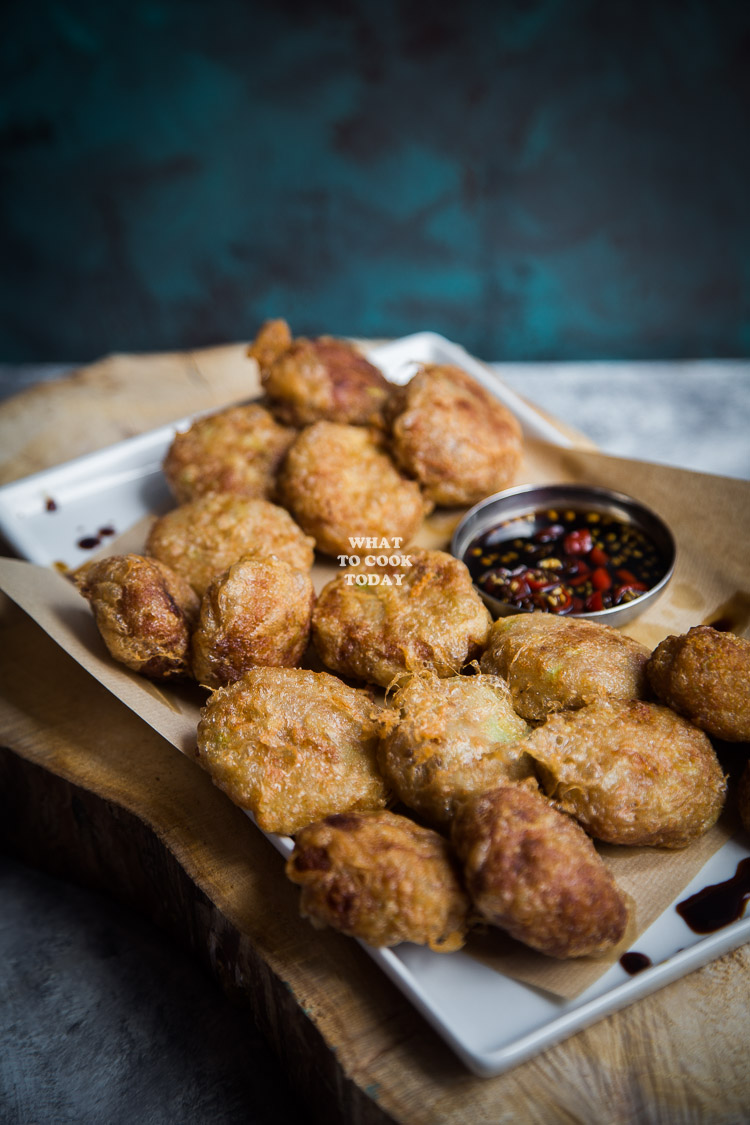 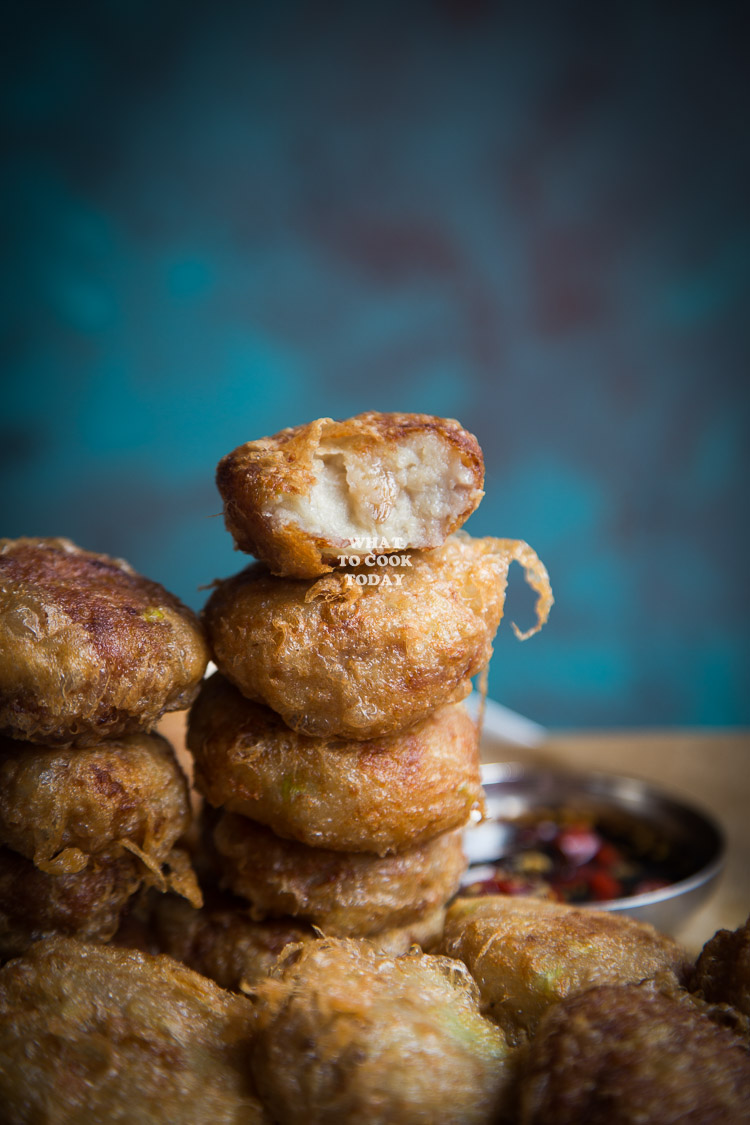 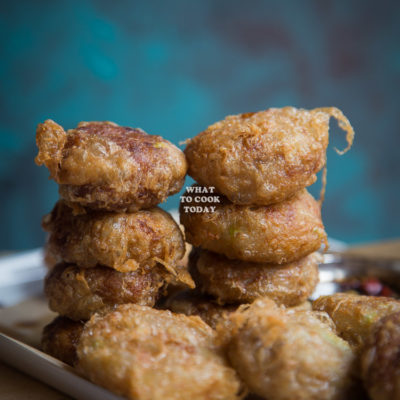 5 from 9 votes
10 large pieces
Prep: 20 minutes
Cook: 35 minutes
Chill the potato mixture: 1 hour
Total: 1 hour 55 minutes
Mom's perkedel kentang are crispy on the outside, soft and savory on the inside. Now with an easier method by steaming, pressure cooking if you don't want to fry the potatoes.

If you steam the potato in the steamer:

If you pressure cook the potato in Instant Pot:

If you choose to fry the potatoes:

Mix with other ingredients:

HI Marv, have you tried making this using an airfryer?

We made these and they were really yummy! Thank you!

You are amazing for making so many different varieties of food 🙂 The pleasure is mine! I’m happy to know that you guys enjoyed these too 🙂

I love begedil and really happy I found your recipe and tips. Some weeks ago I boiled the potatoes and was wondering why the begedil fell apart when fried. Thanks so much for sharing your wisdom! I am Malay living in the Netherlands. I do have to mention that Dutch frikandel are sausage-shaped grounded beef. Perhaps what you’re referring to are Danish frikadeller? I’ve never tried those but I’m sure they’re amazing too.

I’m glad you found some of the tips useful. You are right, it should be the Danish frikadeller, not the Dutch one ha..ha..! Thank you for correcting that! I’ve never tried both in person too, I’m sure they both taste great!

Hi Marvellina, in your video, you used cornstarch, but it’s not mentioned in the ingredients list. How much did you use?

Hi Karen, sorry that I left that out. I used about 1 Tbsp of cornstarch. Hope that helps!

Any tips/info about storing them in the fridge or freezer? Thank you 🙂

I won’t freeze the uncooked perkedel because it will affect the texture after thawing, but you can definitely freeze the fried perkedel. I do it all the time. I fry all of them and then place them on a baking sheet line with parchment paper not touching each other for about 1 hour. They won’t be completely frozen yet. Transfer to freezer bag and they will not stick to each other anymore and save you some storage space. When ready to serve, you can reheat in the oven or air fryer at 350 F for 5-10 minutes or until heated through 🙂 That way you can make ahead and serve anytime you like. I hop this helps!