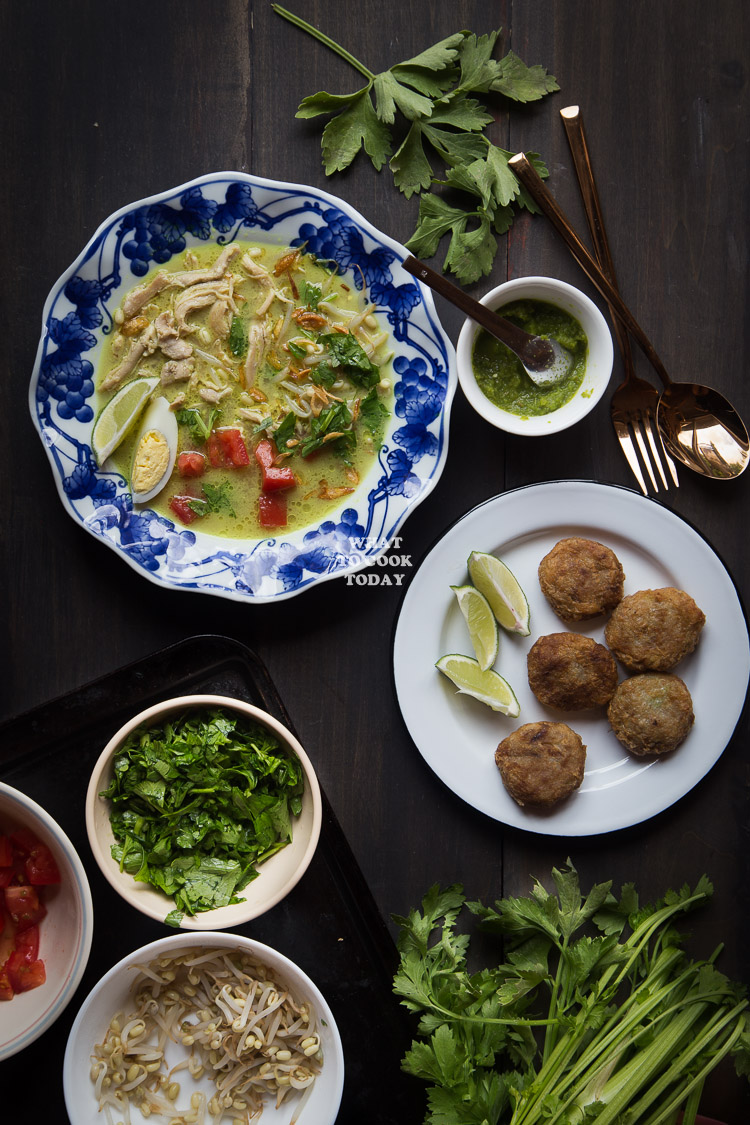 Soto ayam medan is a yellow (almost greenish) chicken soup that is normally served with rice and potato pancakes. The greenish color is contributed by the yellow from turmeric and the white from coconut milk along with other aromatic herbs and spices. It may not look much from the photo, but it is so very delicious and incredibly flavoful. I grew up with soto ayam and this reminded me of dad who often brought us to this little shop that is famous for its soto ayam. 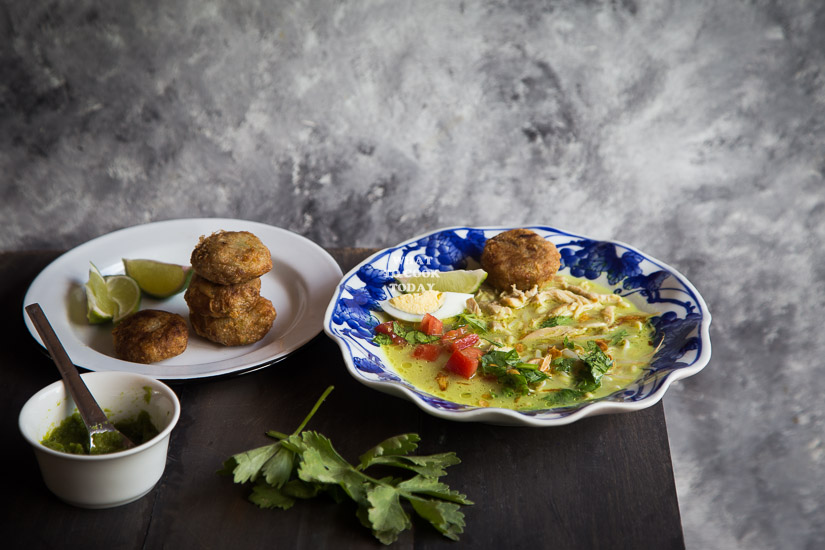 Soto ayam is very popular street food at my hometown in Medan. It is usually served with potato pancake or perkedel kentang along with kecap manis and chili. Without these two, soto ayam is never the same. This wonderful recipe is from my mom’s friend, who is a great great cook. Thank you!! 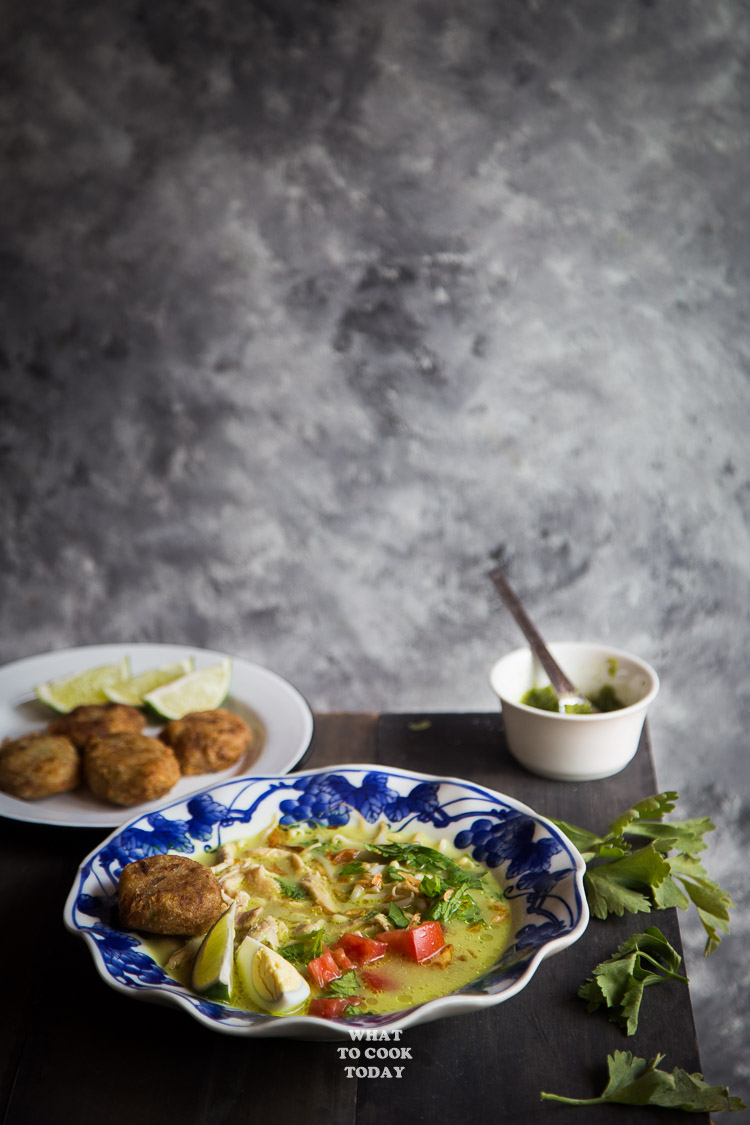 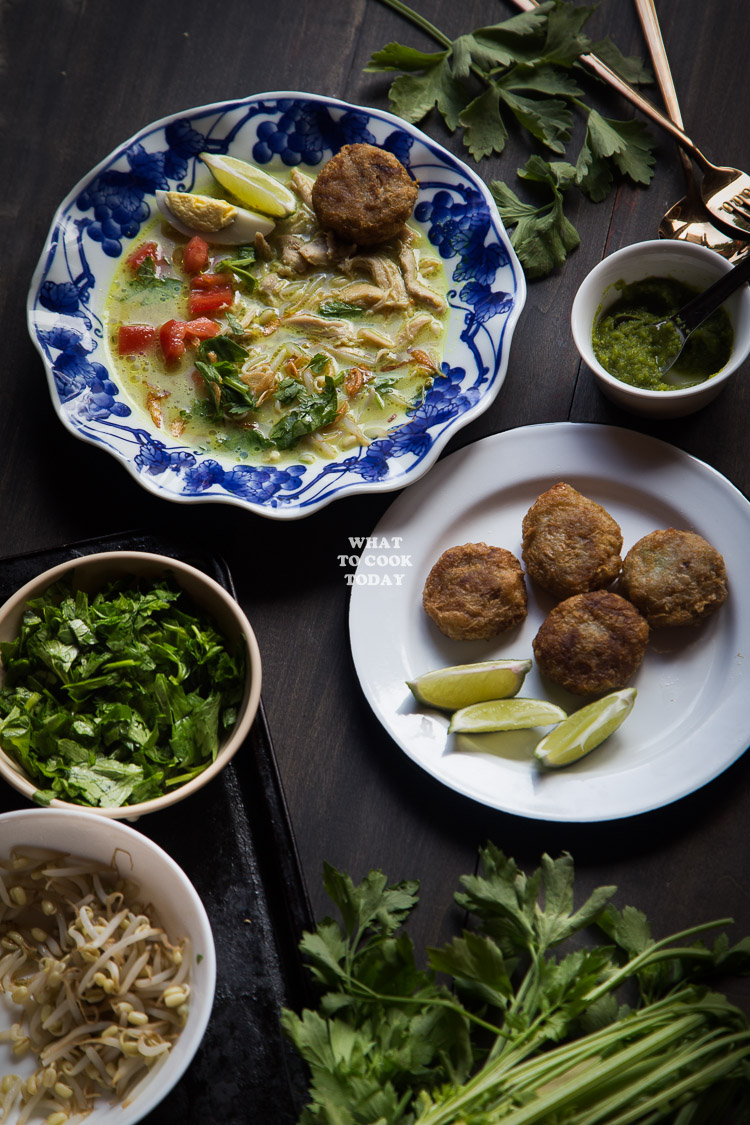 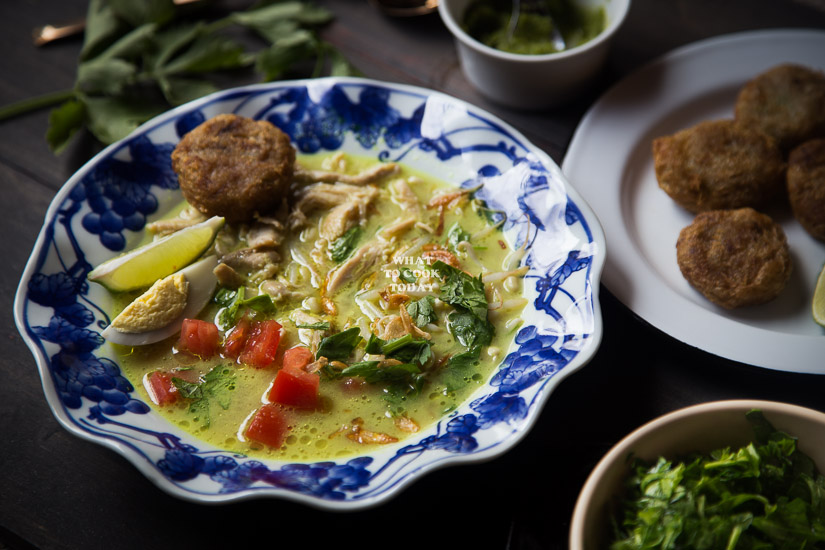 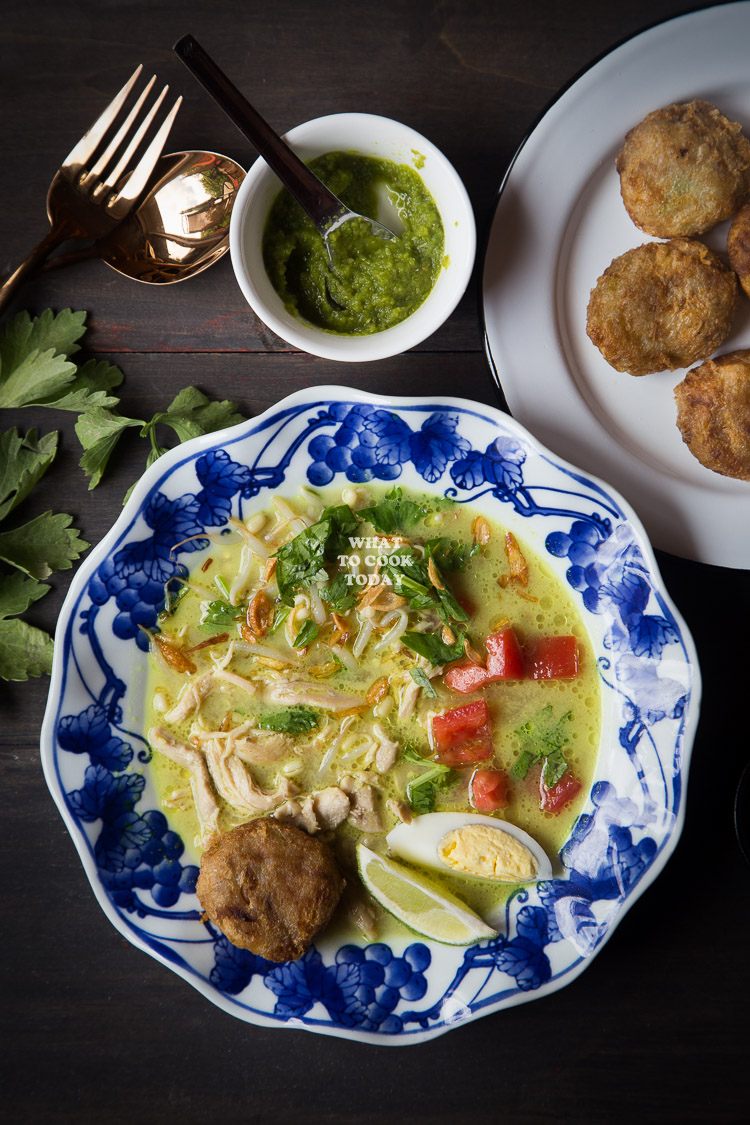 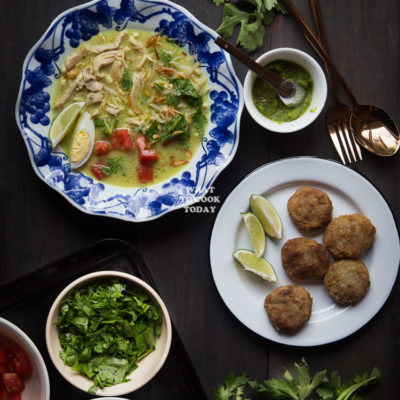 Other herbs and spices:

15 Southeast Asian Food You Must Try Once...

Sorry the bean sprouts should be under toppings not part of the paste. It’s an error that I forgot to move it under topping when I typed it.