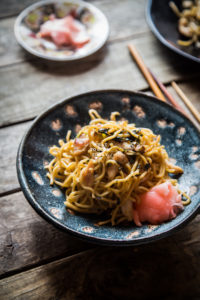 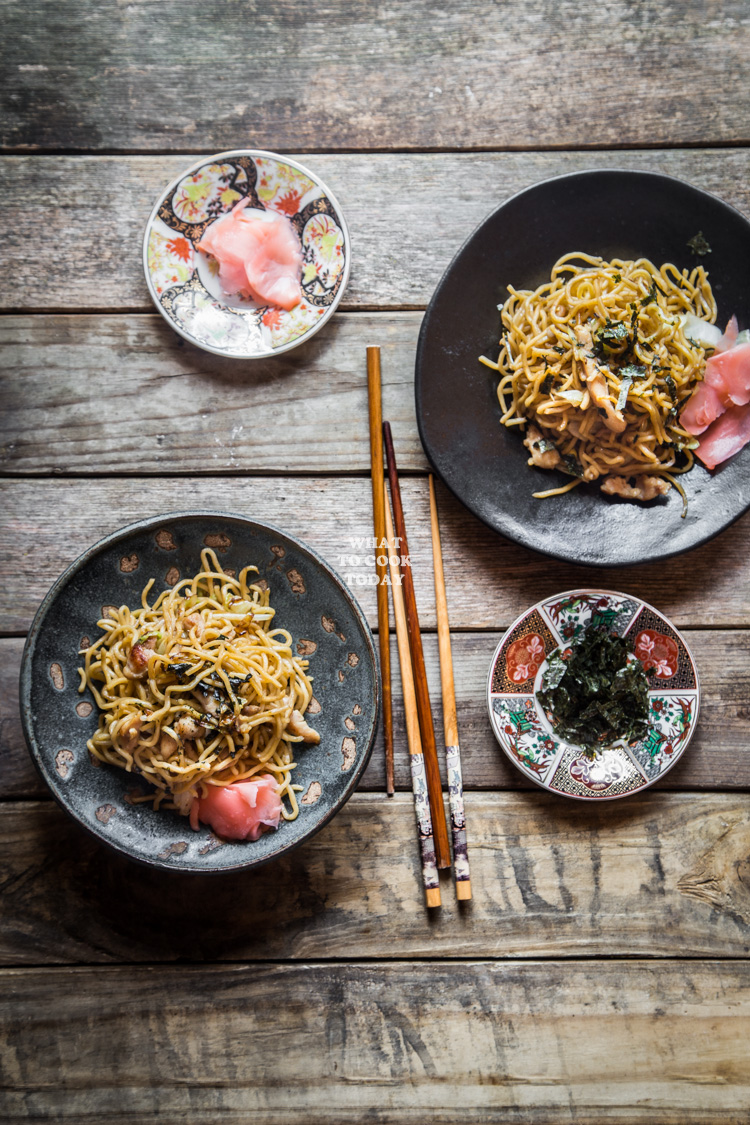 I remember how my brother often had those late-night hunger pangs in his teenage years. We would spend some time watching T.V. at night and my mom usually went to bed early. She was the earliest to rise every morning to get things started. But…she would wake up at 9 pm because she knew someone was hungry. She would make stir-fried noodles. In case you don’t know, in Asia (at least where I grew up), making a stir-fried noodle dish is considered an “easy” dish to whip up. Ahh..mom is seriously the best! 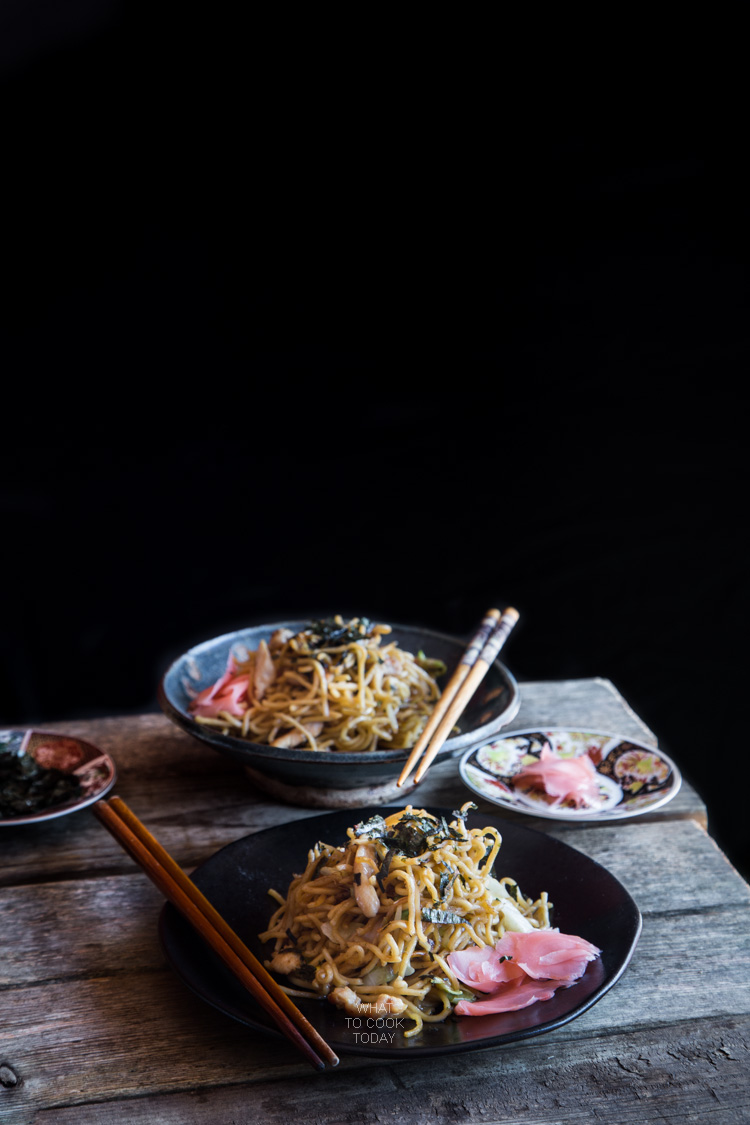 My mom never made yakisoba before, but she did make stir-fried noodles similar to yakisoba before out of whatever she had left in the fridge. To be honest with you, that’s also how I make most of my stir-fried noodles. I just use whatever I have in the fridge. It can be challenging sometimes when I have to measure things up so I can type up the recipe to share. Most of the time, I just drizzle in the sauce and taste 🙂

I got this Yakisoba recipe from Everyday Harumi cookbook by Harumi Kurihara (love..love that cookbook). The combination of Worcestershire sauce, oyster sauce and the chicken bouillon cubes makes this noodles really tasty. Harumi shared a little trick to make the noodle tastier. When stir-frying the noodles, don’t add the sauce too early because it will make the fried noodles turn soggy. It is best not to cook too much at a time. If your skillet or wok is not very large, it may be easier to divide the ingredients and cook in batches. The recipe can serve 4 servings, I cooked 2 servings at a time. 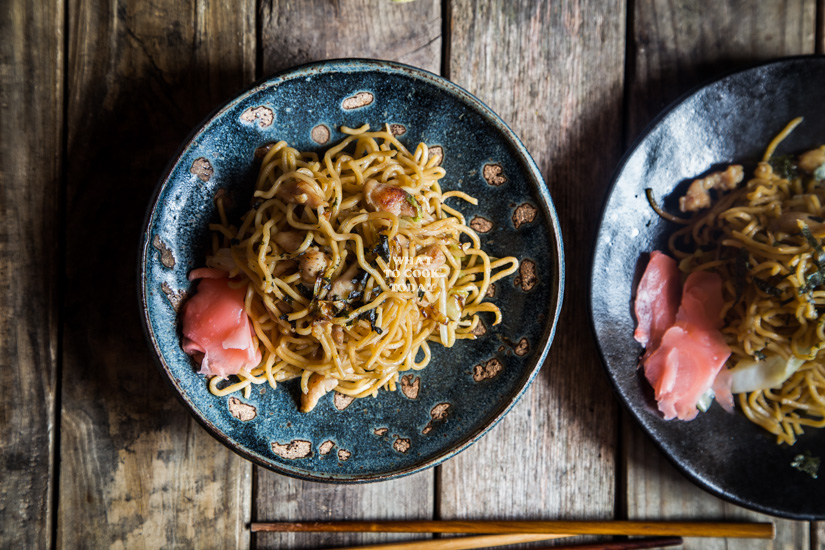 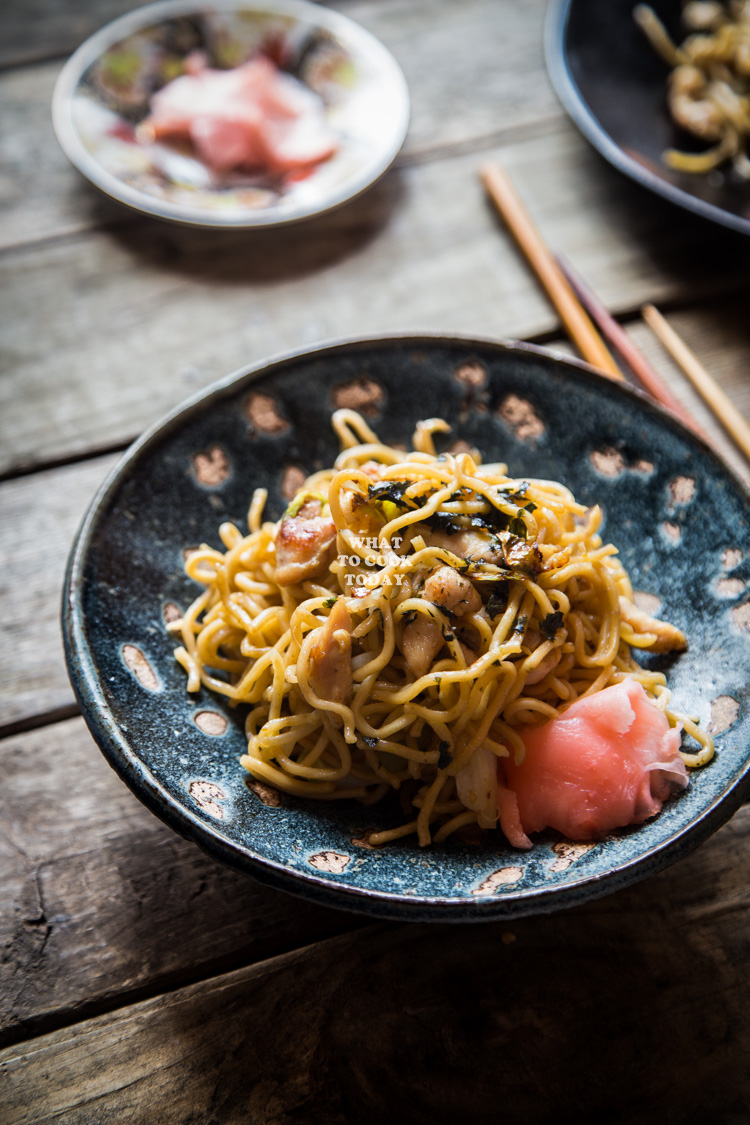 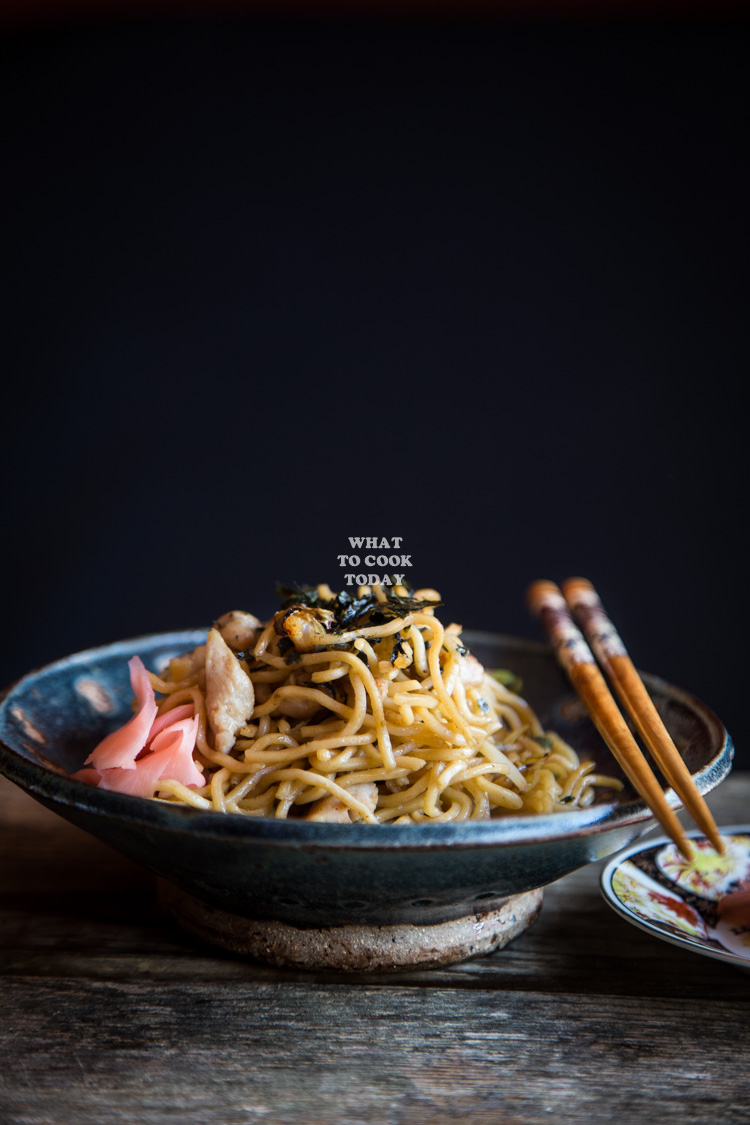 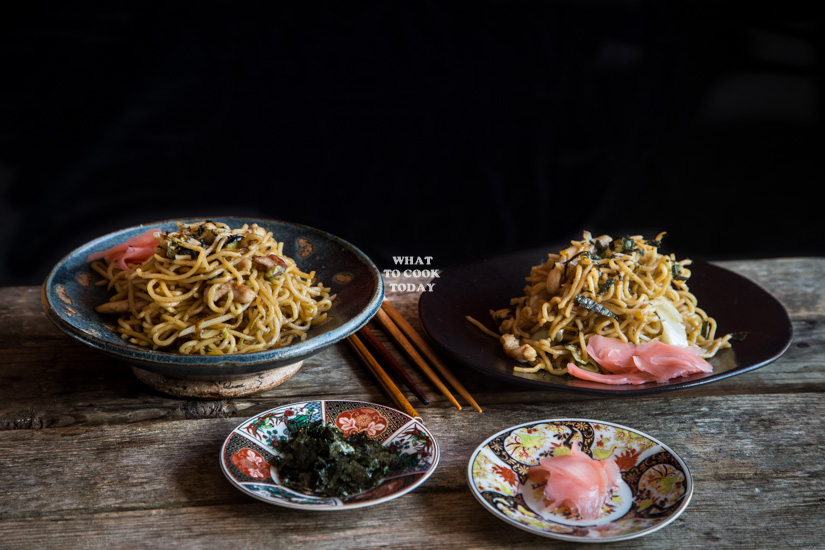 Recipe is adapted from Everyday Harumi by Harumi Kurihara. 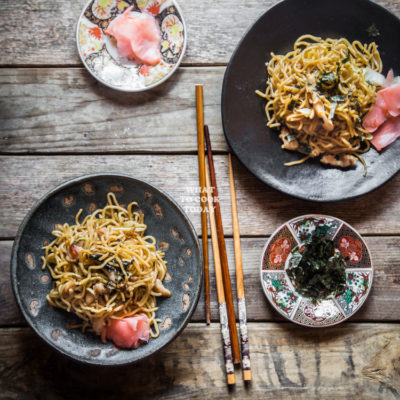 The Flakiest Suzhou Pork Mooncake Ever!

Looks so delicious! I like the addition of Tonkatsu sauce. Love your photography. So stunning!

Aww it is a great tip to not put sauce in the beginning. I will try it next time.