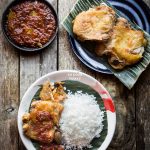 Ayam Penyet (Indonesian Smashed Fried Chicken)-The chicken is traditionally being marinated and then boiled, deep-fried, SMASHED !!!! and served with sambal. Alternatives to deep-frying are included in the recipe too. 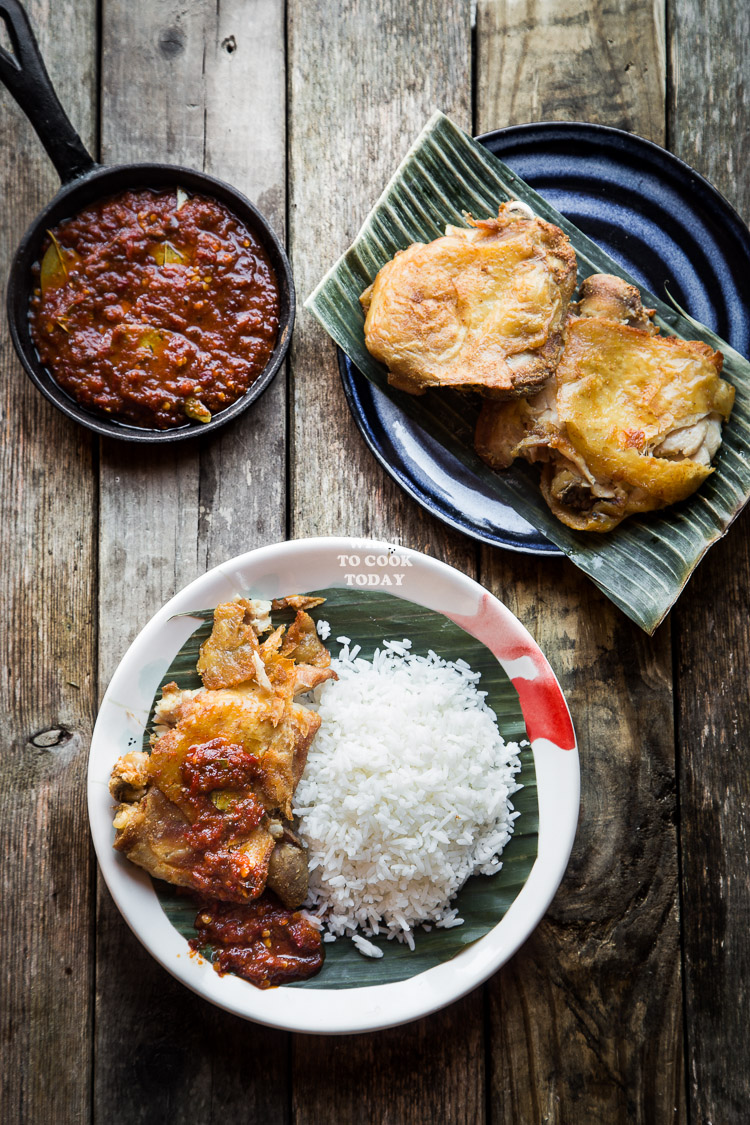 I found it quite amusing that there were actually many Indonesian food that I never really knew when I was still living there. It wasn’t until after I left home for the first time when I was 18, being far away from home that I started my journey with food. Though I didn’t really cook that much either during college time. If I did, they were simple stuff. My sister said “Ma Po tofu again?” I cooked that so often that it had become a joke to her. I got more serious into cooking after I married Mr. G. because I really missed lots of food that I could easily get when I was in Southeast Asia. 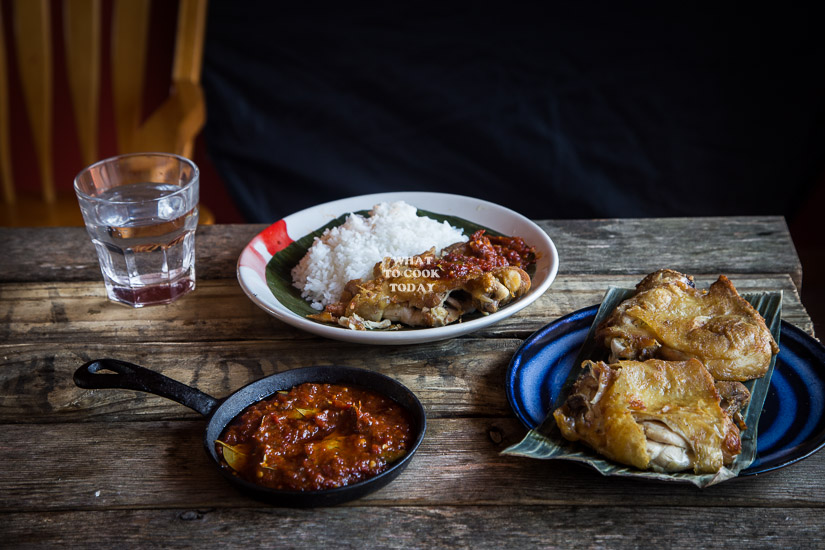 Ayam penyet is one of the food I never even heard of for the first probably 28 years of my life (yes..that’s a long time I know!). I learned about ayam penyet when I stayed a short while in Singapore. Needless to say, my sister and I were frequent patrons. 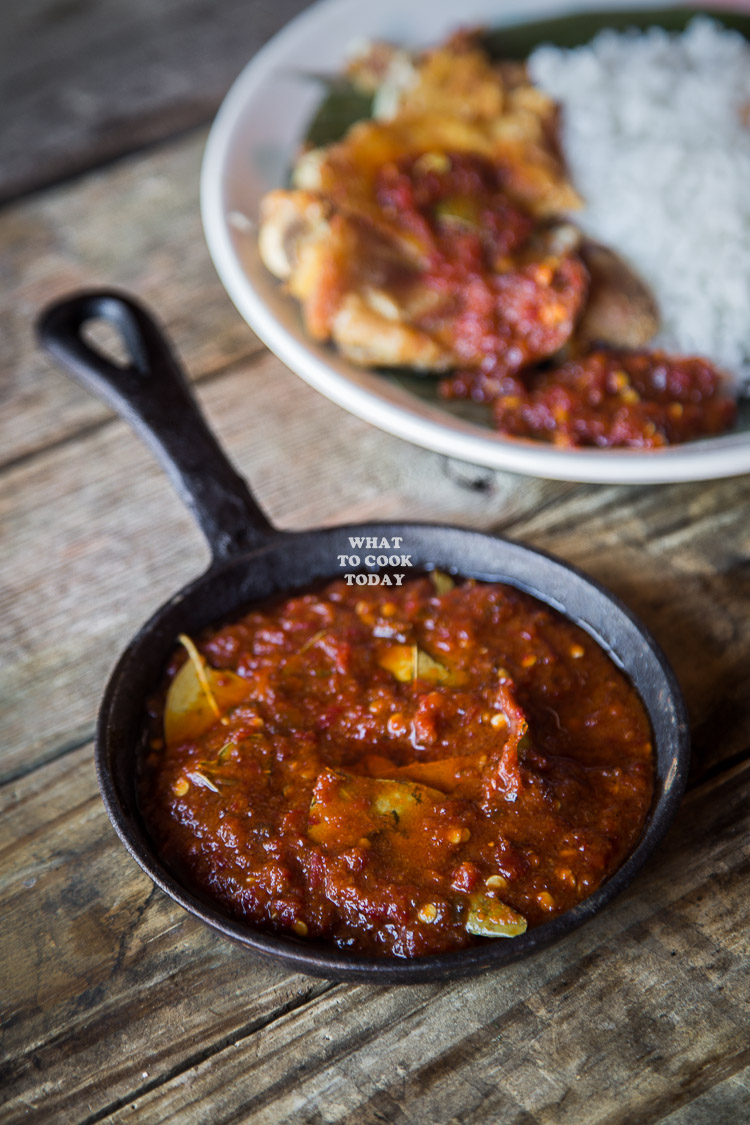 What is the big fuss about this ayam penyet btw ? In case you ever wonder what that funky name means, Penyet means being smashed. Ayam means chicken. So, the “direct” translation for Ayam Penyet is Smashed fried chicken 🙂 The fried chicken is literally smashed after being cooked and hence the name 😉 The chicken is being marinated and then boiled, deep-fried, and then SMASHED !!!! and served with sambal. I did a little tweak on the recipe. Instead of boiling and deep-frying, I steamed the chicken and then air-fried them. It is quite a revolution I must say! Steaming the chicken will give you chicken that does not taste bland. 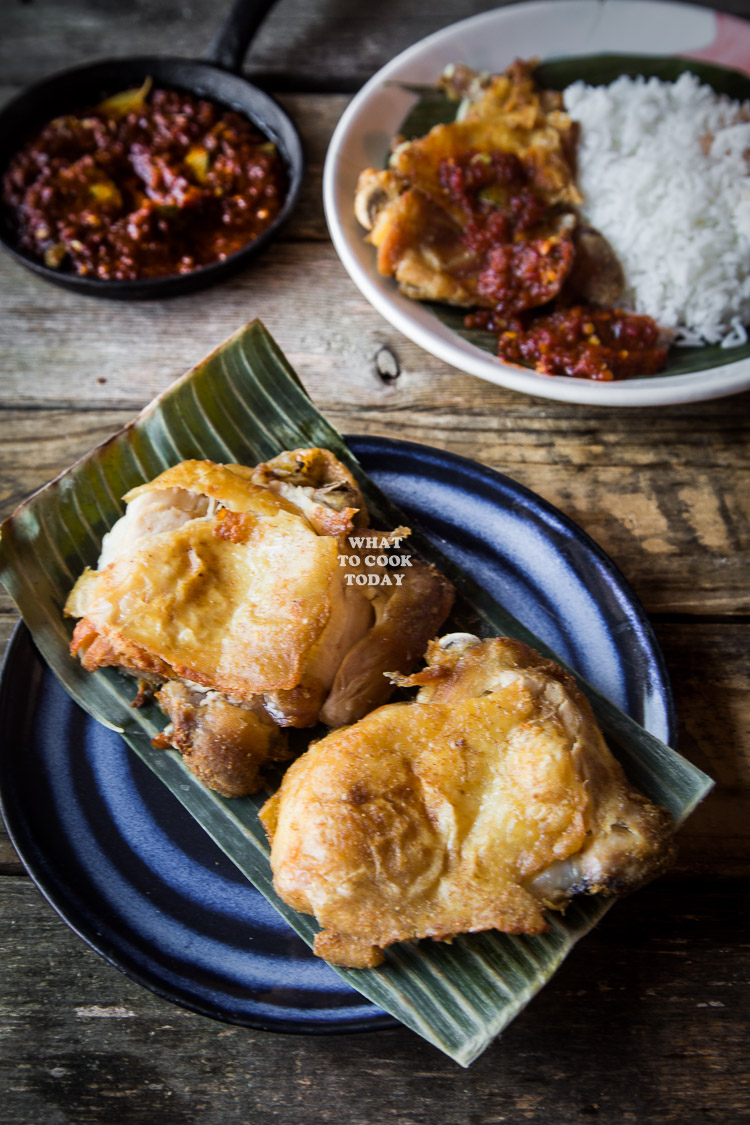 You will see some ayam penyet recipe that is served with crispy crumbs scattered on top too. This version is a little bit different, without the crumbs 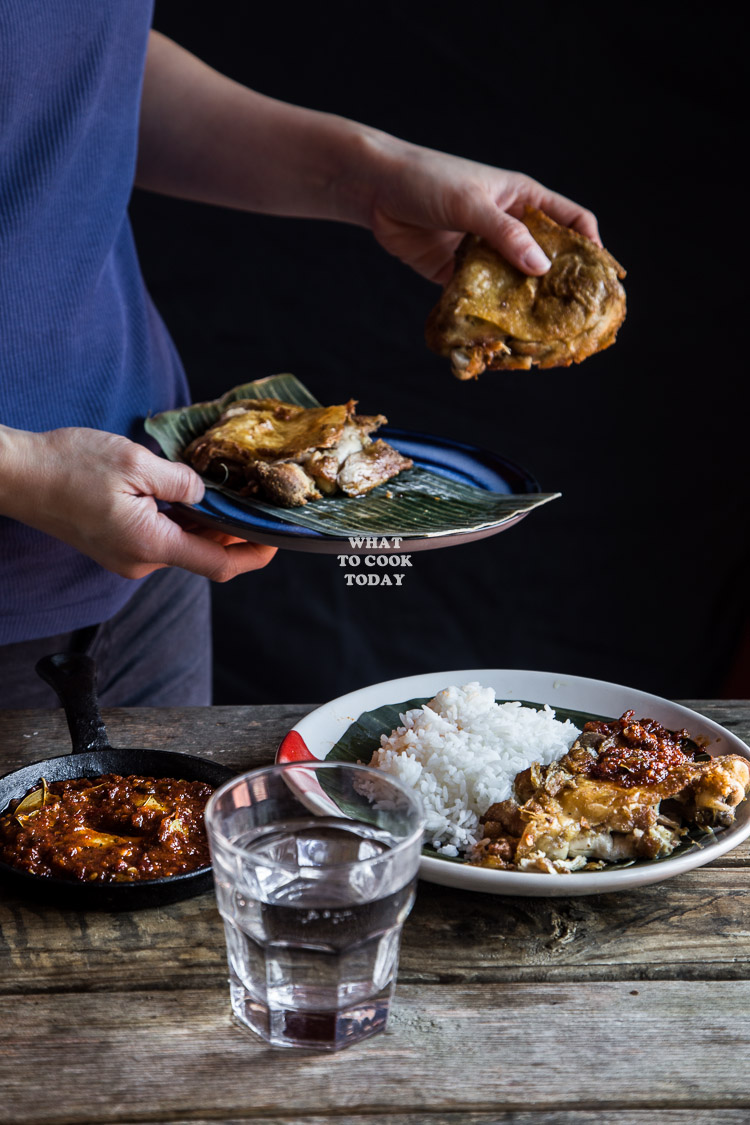 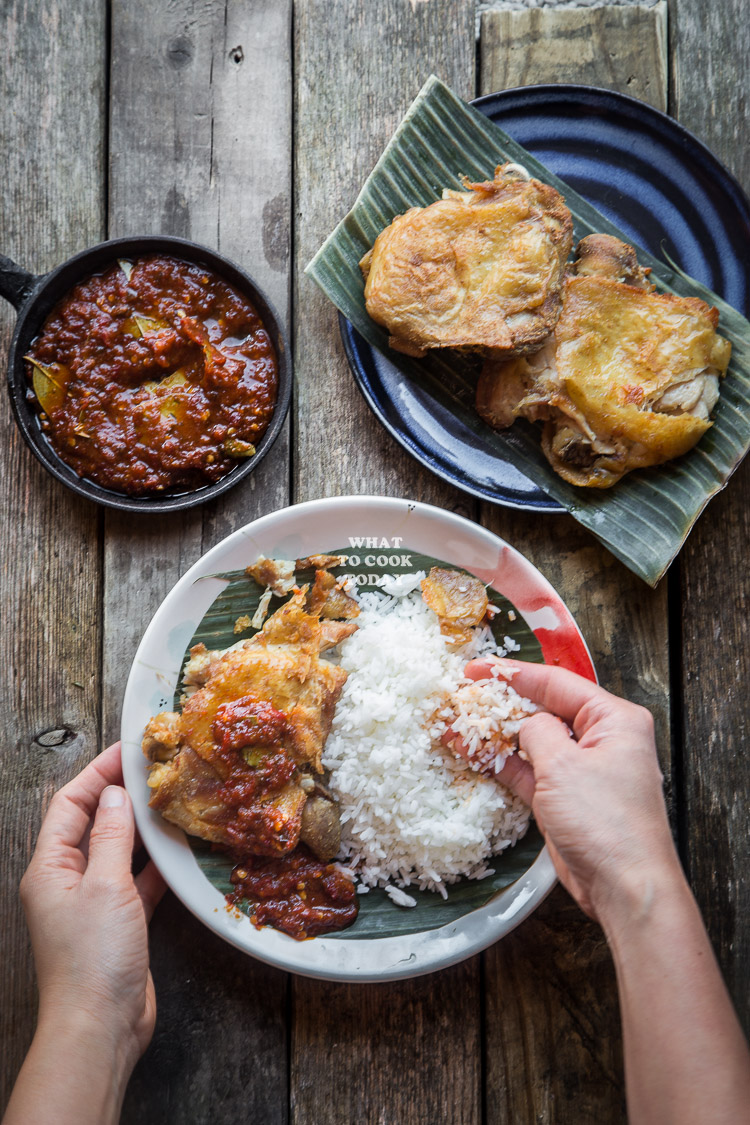 Eating with hands is compulsory 🙂

I did not make any crunchy bits while taking photos of this ayam penyet but I did in the video. 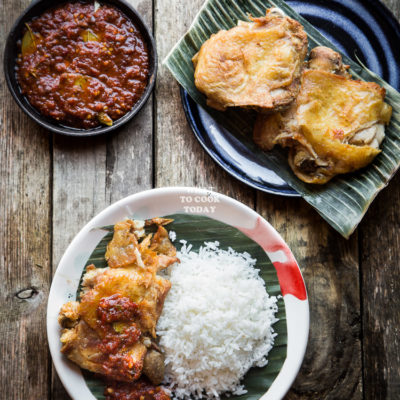 5 from 4 votes
4 chicken thighs
Prep: 15 minutes
Cook: 55 minutes
Marinate chicken 1 hour
Total: 1 hour 10 minutes
The chicken is traditionally being marinated and then boiled, deep-fried, SMASHED !!!! and served with sambal. Alternatives to deep-frying are included in the recipe too.
**The recipe is written in Metric and sometimes I include U.S. Measurements**

Steaming and air-frying (alternative to boiling and deep-frying):

Traditional method (boiling and then deep-frying)