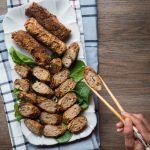 Learn how to make this popular Hokkien/Hakka ngoh hiang using ground meat seasoned with five-spice powder along with veggies are wrapped in dried bean curd sheets and wrapped into a sausage shape and then steamed and deep-fried or air-fried. 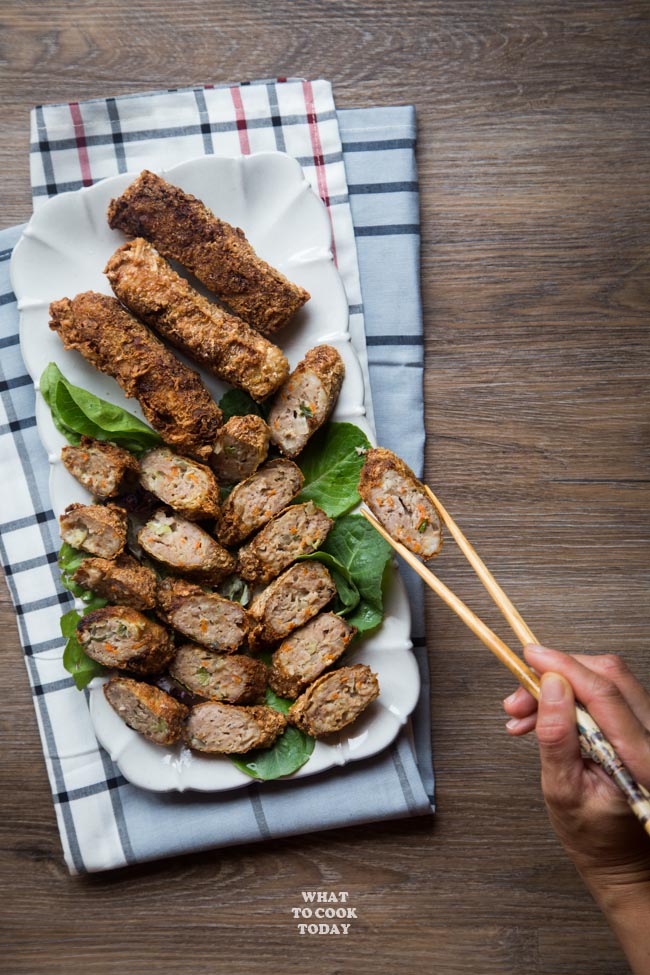 This ngoh hiang recipe is truly one of the recipes that I’m glad my mom passed on to me. It is my mom’s classic meat rolls that I look forward to eating every Chinese New Year or any special occasion.

WHAT IS NGOH HIANG?

Ngoh hiang ( 五香) is a popular fried meat roll that is originated in Eastern China. I learned about the term ngoh hiang in Singapore. In Medan, we call it bak kien. Ngoh hiang is made with ground meat seasoned with five-spice powder, sometimes shrimp/fish paste is added, shredded jicama, shredded carrots, or other veggies, salted egg yolks and then wrapped in dried bean curd sheets into a sausage-like shape and then steamed and deep-fried.

WHY NGOH HIANG IS SO WELL-LOVED BY MANY

Ngoh hiang is a little elaborate to make but I can tell you it’s so worth it! The soft ground meat filling packed with amazing savory, slightly sweet, and umami flavor (salted egg yolks!!!) are what makes it so darn good. My husband and kids love ngoh hiang even before I deep-fry or air fry them. They love the steamed version too. 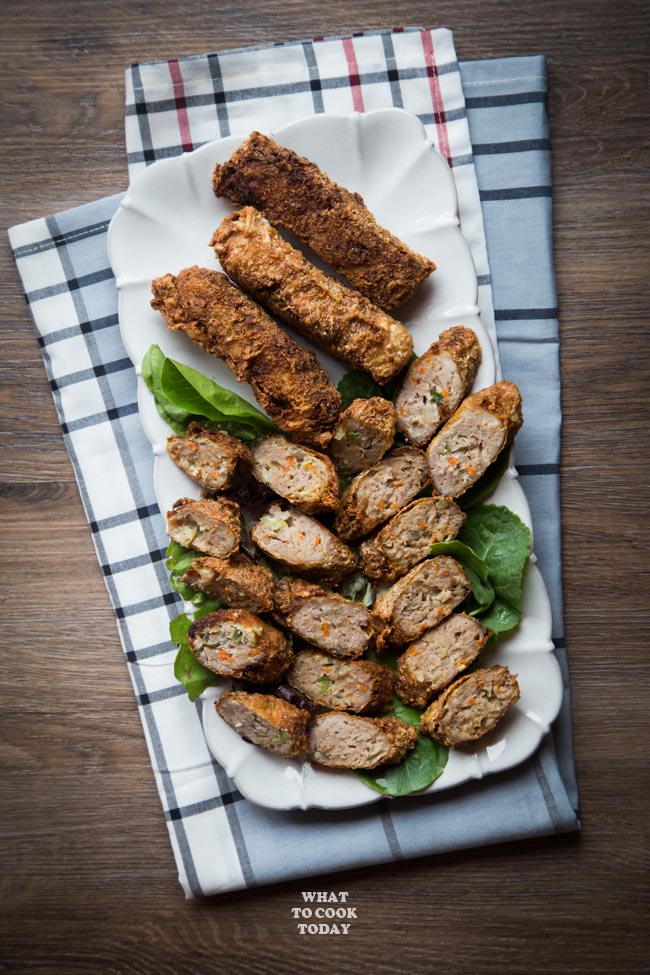 HOW TO WRAP NGOH HIANG

1. Cut the dried beancurd sheets into about 15 x 15 cm (smaller or bigger is up to you what size you want) or big enough to wrap the filling 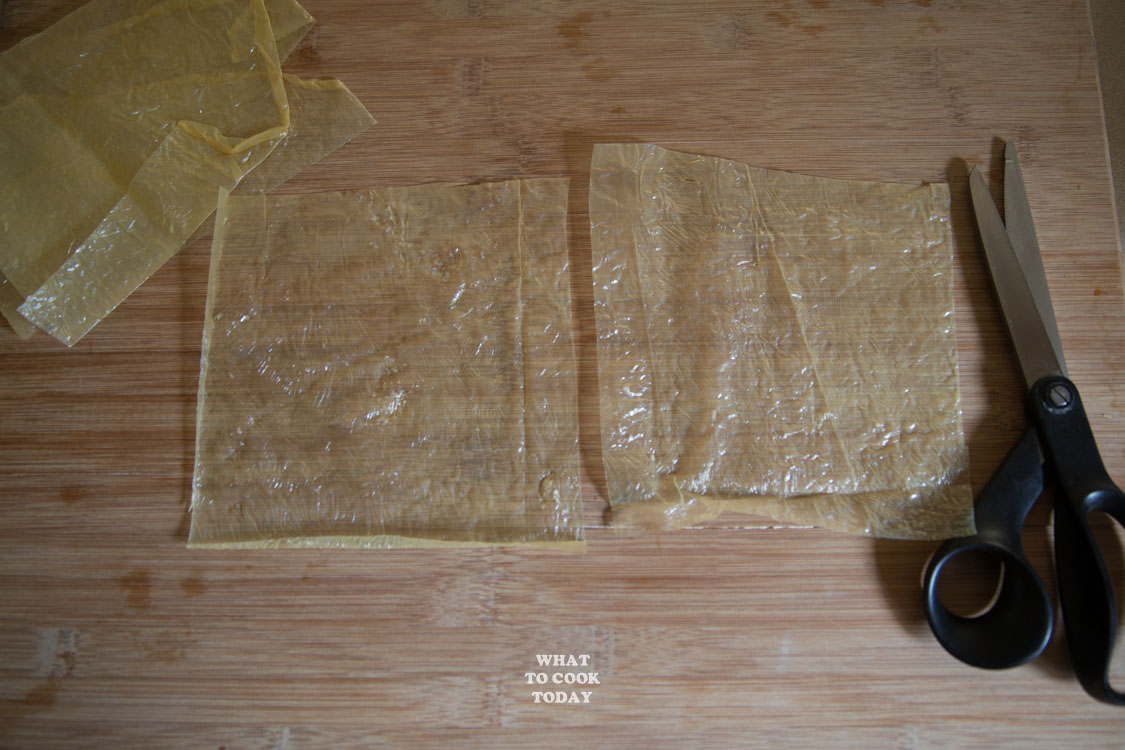 2. Spread the filling on the lower half of the wrapper 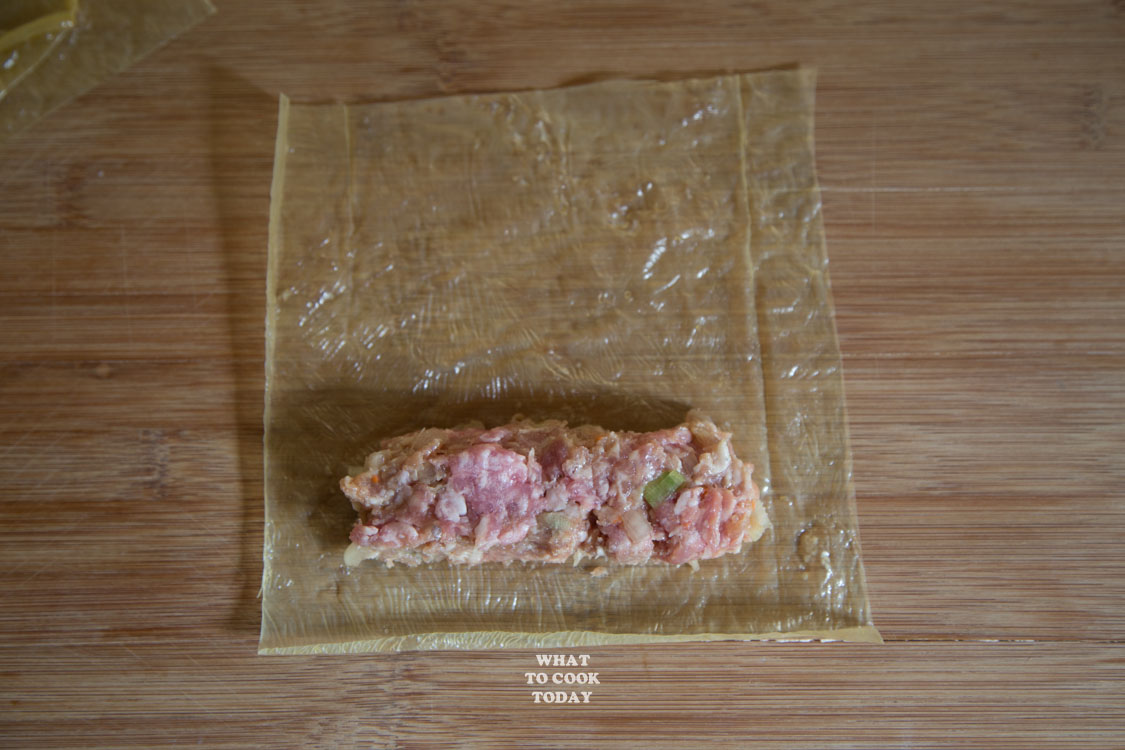 3. If you have your own way of wrapping, please go ahead. There’s no right or wrong here. Fold both sides 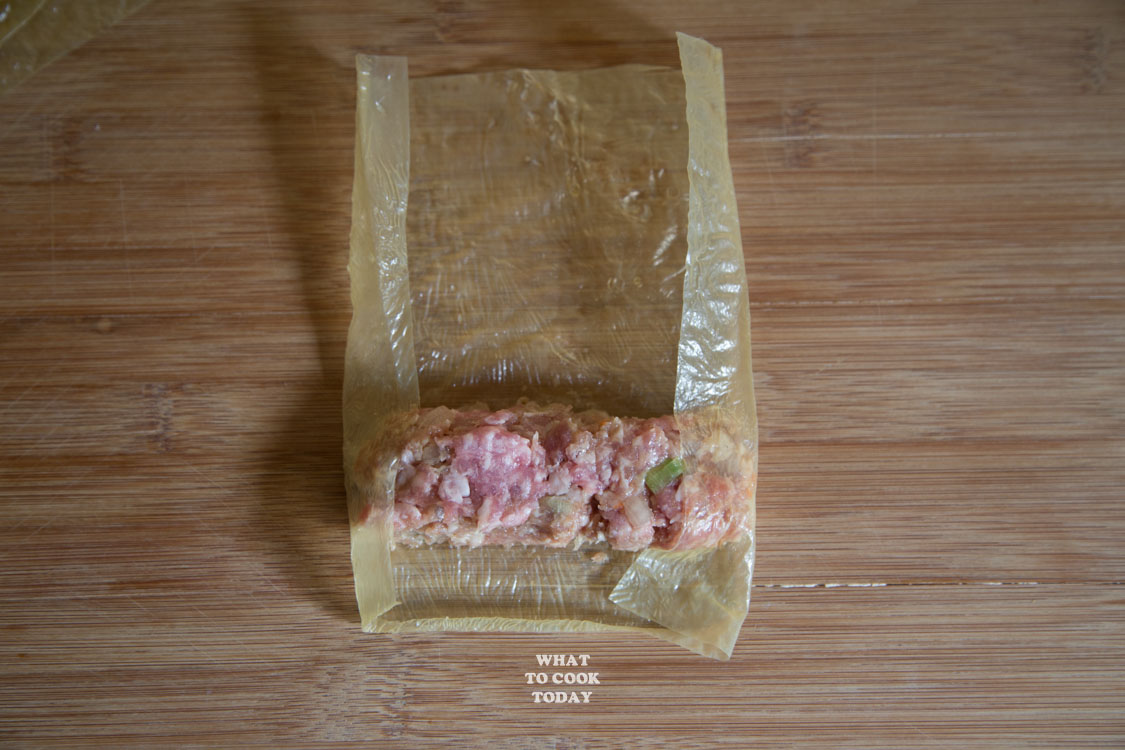 4. Fold the bottom over and roll all the way up 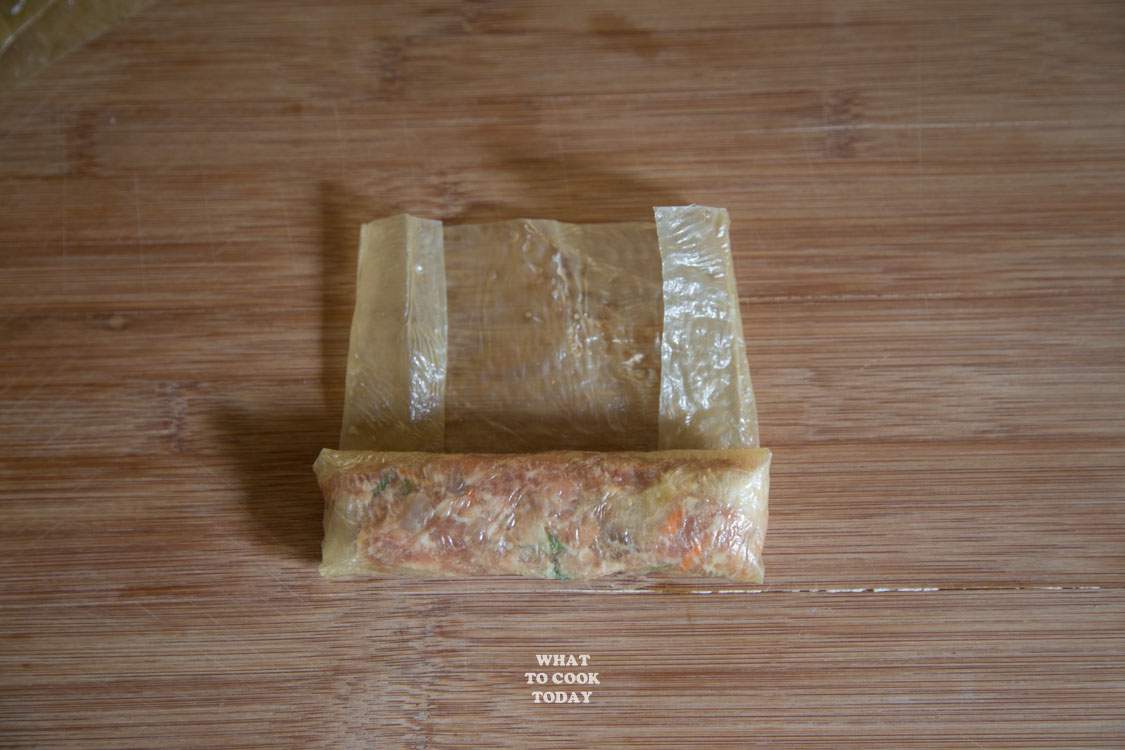 5. Seal with a bit of egg white 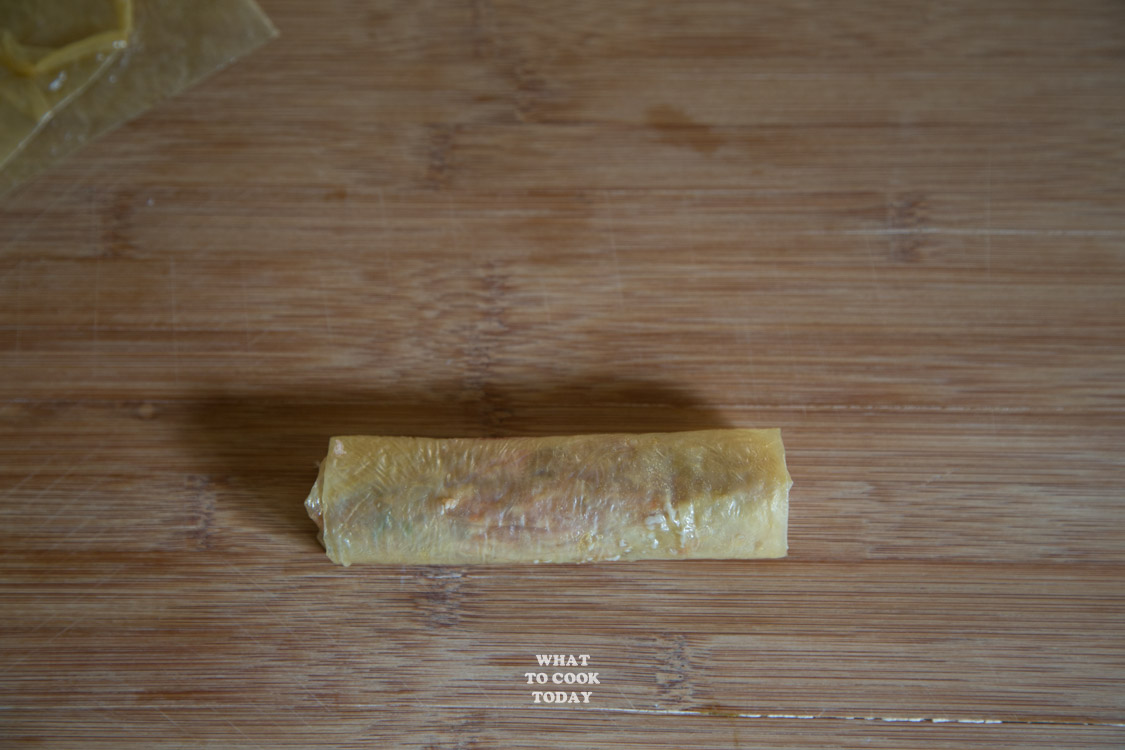 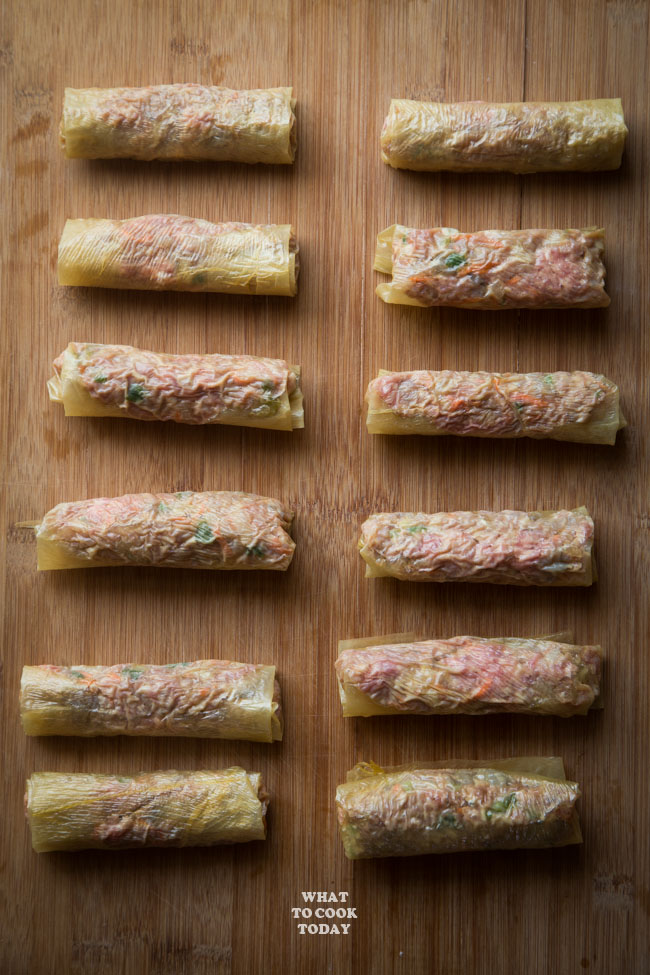 NGOH HIANG CAN BE PREPARED AHEAD AND FREEZE

Yes! I love to make a whole bunch of them and then freeze. Here’s how to do it:
1. Prepare according to the recipe below up to the wrapping part
2. Steam over medium heat for 10-15 minutes or until cooked through 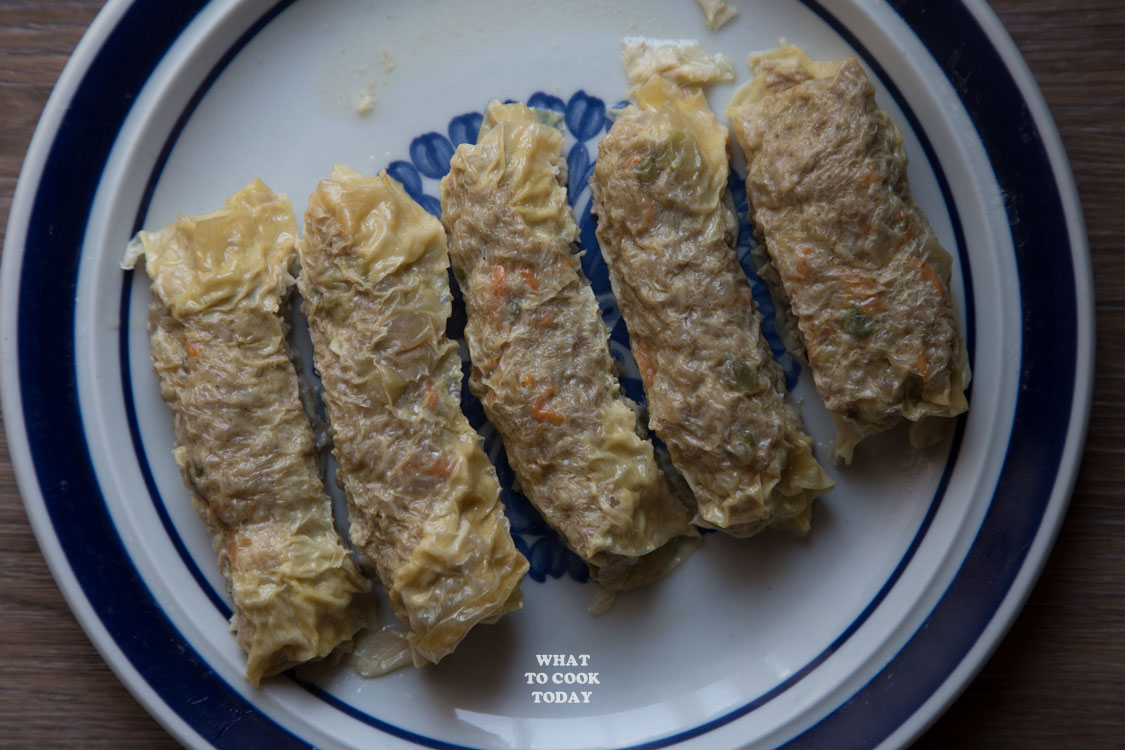 2. Place them on a large baking sheet individually not touching each other and freeze for about 1 hour
3. After 1 hour, you can move them to a freezer-friendly bag(s) and they won’t stick to each other
4. When ready to serve, just thaw them in the refrigerator and then fry until golden brown, or you can fry them frozen. It may take few minutes extra to cook through 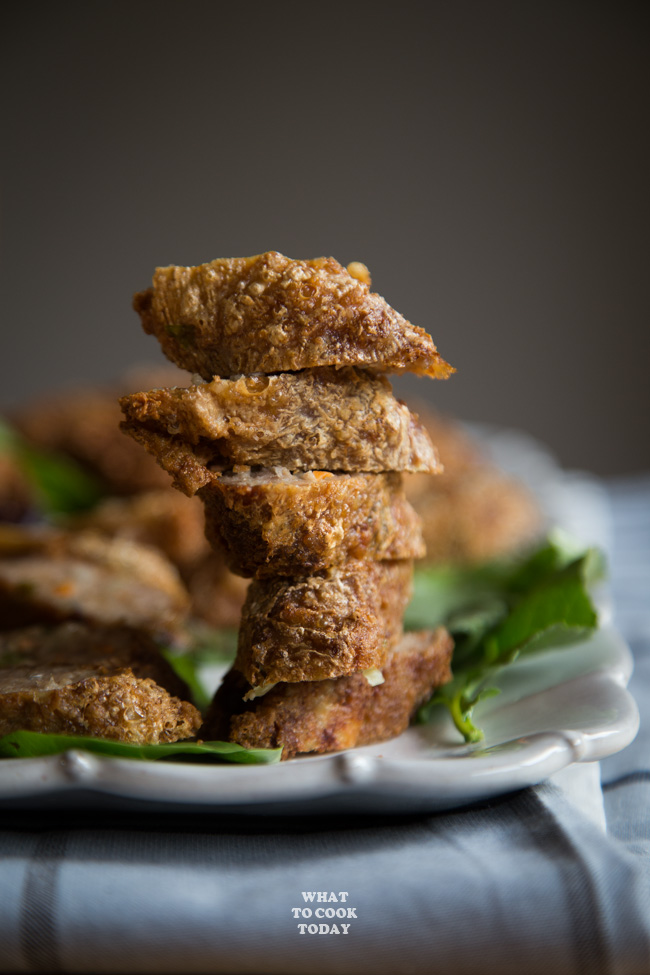 WHAT TO SERVE WITH NGOH HIANG

Ngoh hiang is usually served as part of a multi-course Chinese meal at our house and I believe many Chinese families do the same, but it can be served as an appetizer or snack (yeah…Asian people snack on meat rolls LOL!).

Did you make this ngoh hiang recipe? 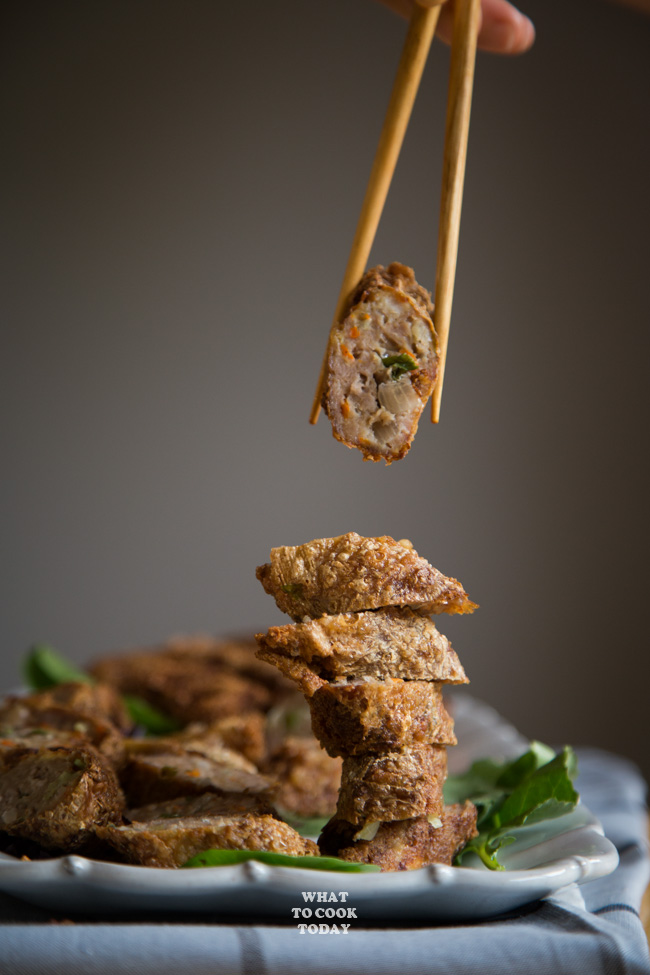 The recipe was first published in 2012 and has been improved by adapting the recipe from here and to include a video.

Preparing the filling (can be prepared the day before):

Steaming (can be prepared ahead):

You can use cream crackers or crackers of your choice. I use Ritz crackers.

How To Make Suan La Fen (Spicy and...

Do you think the recipe will still work without the salted duck egg? Or could I substitute them with anything else? Thank you.

Hi Steffie, the recipe will still work without the salted duck eggs. It’s more for a taste and you don’t need to substitute with anything else. Just adjust the seasonings (may need to add a bit more salt to your taste). I hope this helps.