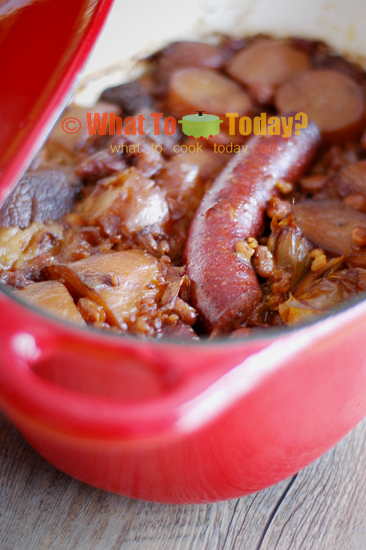 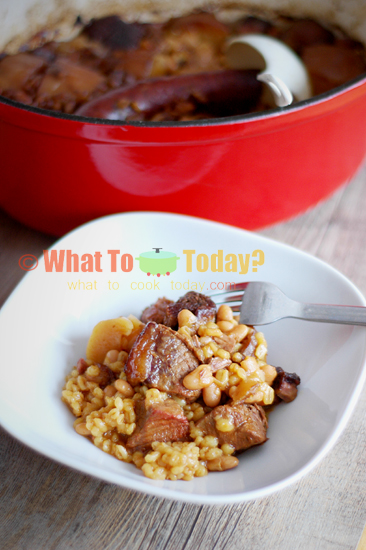 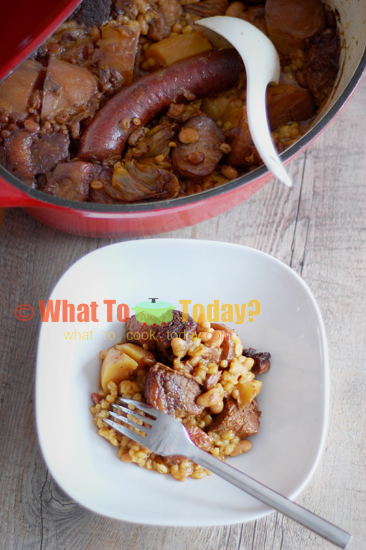 One of the things that I really enjoy by cooking different dishes from different countries is the story behind the dishes. I feel that I’ve been learning so much about food, people and cultures from our very own kitchen. Another thing I learned today is about Shabbat, which is a festive day celebrated by the Jewish. Sabbath is the seventh day of the Jewish week and the Jewish day of rest. On Shabbat, Jews recall the Biblical Creation account in Genesis in which God creates the Heavens and the Earth in six days and rests on the seventh. Shabbat is observed from a few minutes before sunset on Friday evening until the appearance of three stars in the sky on Saturday night.

Quoting from The Book Of New Israeli food “The Jewish religion strictly forbids the lighting of fire and cooking on Shabbat”. Electrical appliances and mechanical devices of all kinds are also forbidden on that day. However, Shabbat lunch is a very important meal. So, the next question is “How do you prepare a meal when you are not allow to cook ?”

The Jewish communities have perfected Shabbat dishes over the years with the following in common:
1. Residual heat or some other source of heat available during Shabbat is used, beginning the cooking Friday afternoon and ending it just before Saturday lunch
2. All casseroles are hearty and usually quite heavy
3. They are all based on food saved during the week to enhance the Shabbat lunch: fatty meat or poultry that requires lengthy cooking, legumes like beans and chickpeas, potatoes, bones for flavor, eggs, and grains such as wheat, pearl barley, oats and rice

I’ve never known about this, but when I read The Book Of New Israeli food, Janna Gur mentioned that on friday afternoons, grandma would tote a huge cast-iron pot filled with goodies to the local kosher bakery, where she would queue up with the other housewives and wait for the baker to put the pot in the hot oven just before he turns it off for Shabbat. The hamin pots of the entire community would cook slowly overnight. The same queue would appear just after saturday morning prayers and wait for the baker to return from synagogue and pul the pots out of the oven. Grandma would carry the steaming pot home and straight to the the table, where the family would exclaim over the mouth-watering aroma and dig into the pot for choice cuts.

Other source of heat for cooking Shabbat casseroles are the old faithful single-flame paraffin stove, known as the Primus stove; the more modern electric hot plate that gives a good steady source of heat; and an ordinary kitchen oven turned on before Shabbat and left all weekend on a very low temperature.

Knowing the above, it made me understand the reason why the cooking method of the most famous Jewish Shabbat casserole – the Ashkenazi cholent, is being cooked in the oven at 225 F over the night. I thought I was misread the instruction and trying to understand why I need to do so. Similar dishes to Ashkenazi cholent include Morocan skheena, Tunisian bekaila and Sephardic sofrito and Iraqi thbit.

If you decide to prepare this dish, you definitely need to plan ahead: soaking the bean for one day and then another one day for cooking the cholent in low temperature. Well, I would imagine alternatively, I could’ve just cook this in a slow cooker. I don’t celebrate Shabbat, however, I thought, I would like to experience cooking it overnight at low temperature and see how it turned out.

When I first pulled the dish out from the oven after approximately 12 hours of cooking in the oven, it looked like a “barbarian” dish. Something from the Robin Hood era. The dish is definitely very fulfilling: the meat, the beans, the grains, the bones. Packed with enormous flavor too. The meat just fell apart when you sink your teeth on it. We definitely enjoy cholent a lot!!!! 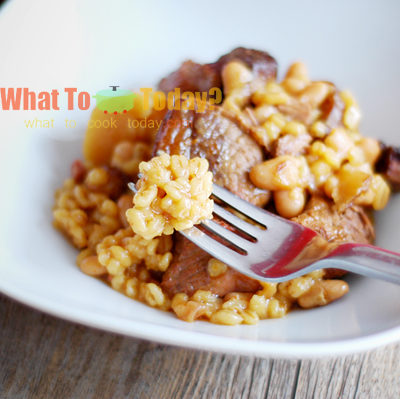 0 from 0 votes
6 servings
**The recipe is written in Metric and sometimes I include U.S. Measurements** 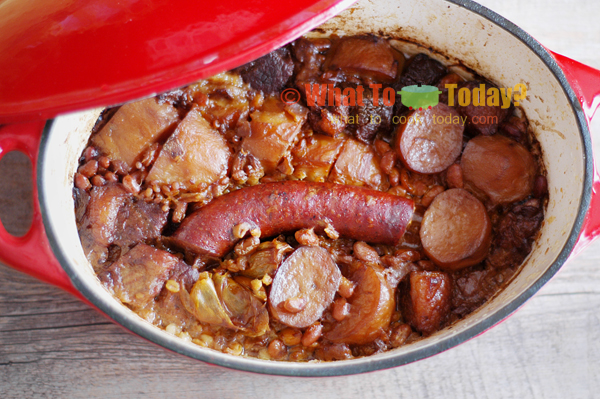 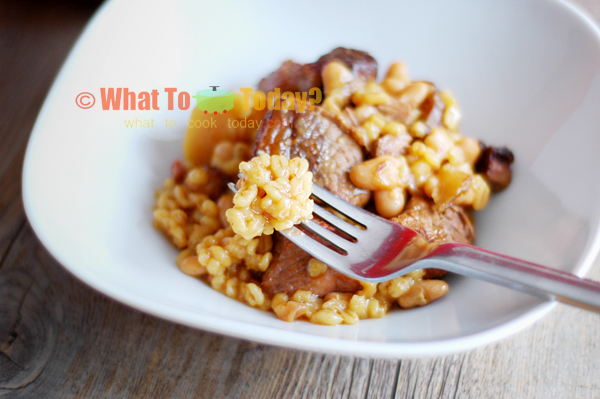 Love the Ashkenazi hamin ! My background is such that we ate a lot of Ashkenazi style cooking, and a lot of Kosher food in general. Lifestyles change, and many of us lose connection with our European cultures. Keep these treasures alive !