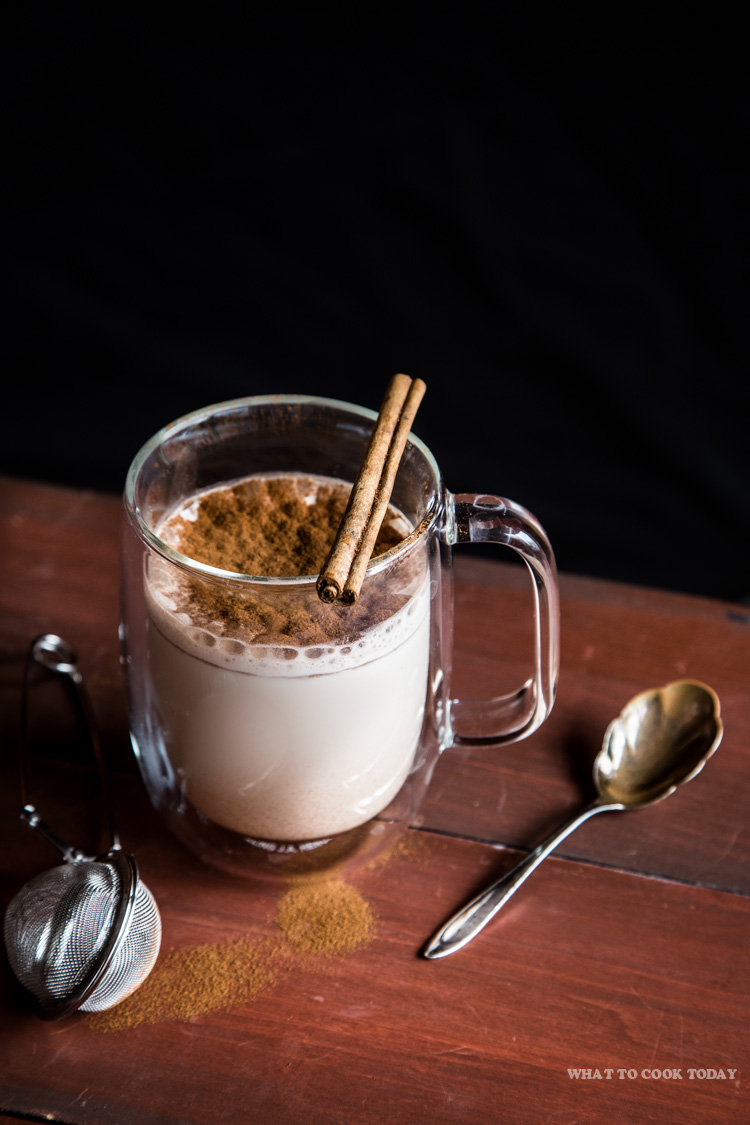 WHAT IS MEXICAN HORCHATA?

Horchata or some people call it orchata is a milk beverage usually made with rice, barley, sesame seeds and nuts like almond. Although they may share the same name, but they may vary in taste depending on what are used to prepare the beverage. Throughout Latin America and Europe, lots of different kind of seeds and flavors are being used to prepare horchata. The Mexican version usually uses rice. MEXICAN CINNAMON HORCHATA IS PERFECT FOR COLD OR WARM WEATHER

This horchata uses cinnamon to flavor the rice milk. I really like how it tastes. Mild, creamy and refreshing too if you put some ice in it. Not to mention how easy it is to prepare cinnamon horchata. This can be turned into warm beverage during the cold months too. So, basically it’s good for any season if you ask me. ONLY 5 INGREDIENTS TO MAKE THIS MEXICAN CINNAMON HORCHATA

1. White long-grain rice
I use 1:1.5 rice to water ratio to cook the rice, but you may need more water, depending on the type of white rice you use. Some may need more water. So please adjust accordingly.
2. Milk
This can be replaced with non-dairy milk like coconut milk or almond milk
3. Cinnamon powder and cinnamon stick
4. Brown sugar My kids love this Mexican Horchata so much that they will choose this over a freaking ice cream? (Should I be worry ?) I’m loving this double-wall latte mugs from Zwilling too (not sponsored). Whether you beverage is cool or hot, it is safe to touch! 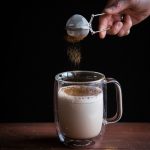 You may need more water to cook the rice you use as different types of rice may use a slightly different amount of water. Follow the instruction on the rice package if available. Make sure you use the same cup to measure the rice and the liquid to cook the rice.

Marvellina, this was definitely quick, but my result was muddy and thick even after straining through a fine mesh strainer. Photos if you want to see them, I don’t see an upload option.

Hi, I’m sorry yours didn’t turn out as expected! I wonder if you need more liquid since you mentioned it’s thick. Sorry there’s no option for upload here, but you can tag me on IG or FB or Pinterest if you are in any of that 🙂

outstanding and super quick! thank you so much! I used leftover rice and oatmilk and added a bit of vanilla. Happy Happy

I’m happy to read that Diana 🙂

This looks lovely, I have some leftover rice, what would you ball park for using leftover rice? Maybe 3 cups? Thanks again!

Hi Susan, you are right, it’s about 3 cups cooked rice. Thank you for asking. I have updated the recipe card accordingly 🙂 Hope you like the recipe if you have a chance to try it out!

the best dairy free horchata recipe I have tried! Thank you so much! I am Mexican and in love with your version.

Hi Jasmine, I’m happy to get approval from a Mexican 🙂 Yay!! Thank you for your feedback!

This was delicious and had all the flavors I love in horchata. Just the right amount of sweetness and cinnamon. Why go through all the trouble of the traditional recipe when you can skip the grit? I will definitely use this recipe instead. Thank you!

Hi Laura, I’m very happy to hear that you like this horchata! It is one of my favorite recipes too 🙂 No more gritty horchata 🙂 Thank you for letting me know!

1 cup rice to 1 and 1/2 cup water? Is the rice not supposed to be cooked through?

Hi Jeanette, the rice is supposed to be cooked through. Some rice varieties may need a bit more water to cook through, please adjust accordingly if you need to.

i always made my horchata the typical mexican way. uncooked rice soaked and blended in blender. never thought it tasted very good. always felt like i was drinking sandy water. your recipe is so much better. i love it with the cooked rice. not using any other horchata recipe ever again other than this perfect one

I’m glad to hear that. I’ve never had horchata with uncooked rice before, but from what you described (sandy water), probably I don’t miss that much huh? lol! I’m happy to know that this recipe worked out for you 🙂 Thanks for stopping by and letting me know.