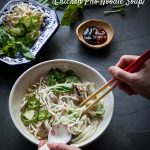 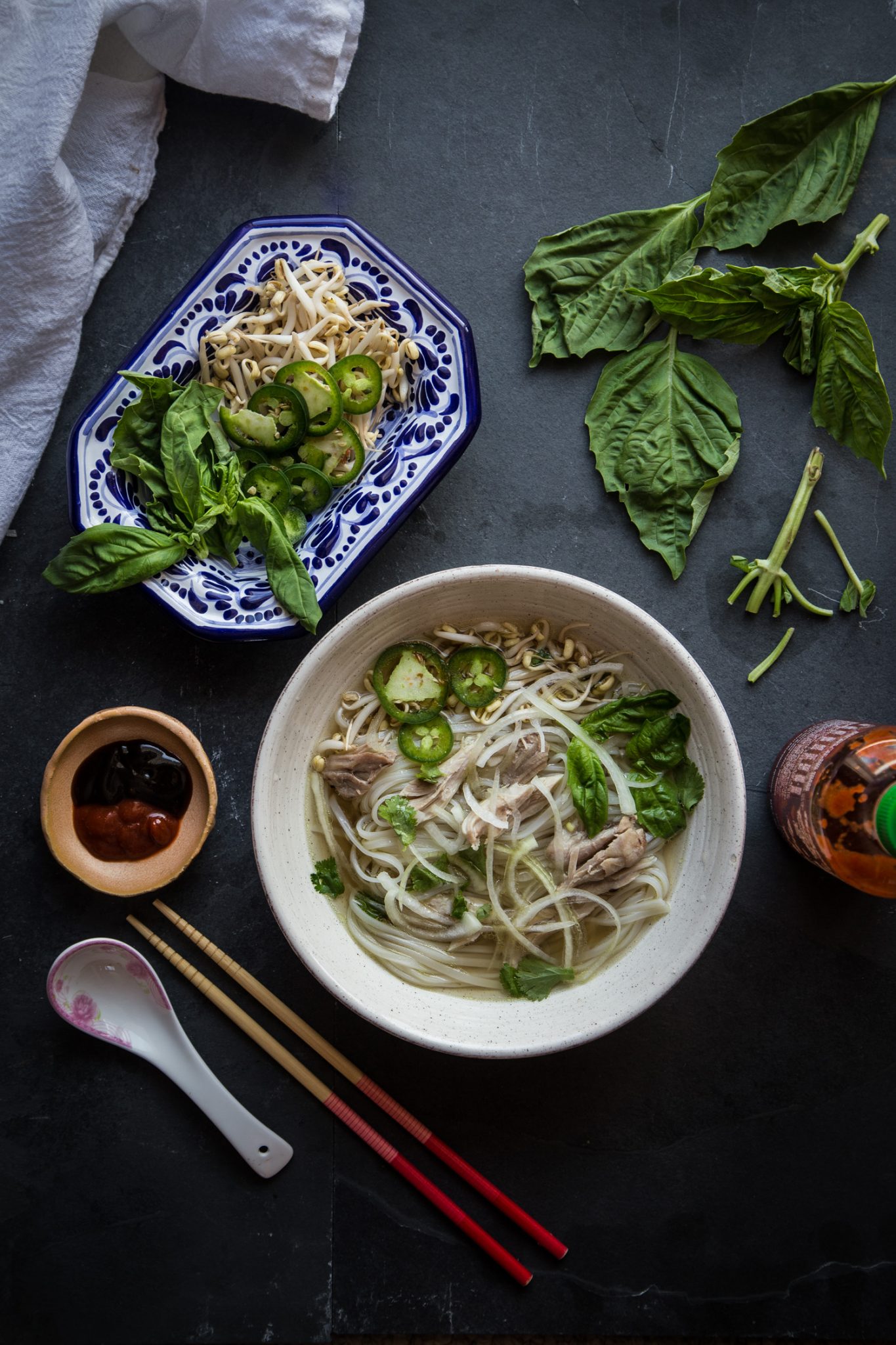 When I told my mom that the windchill here has been around -30 Celcius, she thought it’s really time that we moved out from this giant freezer! Sadly, even our house freezer is not that cold! The other day when I overheard a friend said that she would pick up fresh mint leaves from outside, I was thinking…the only time I’m stepping outside to pick up any food at this time of the year, is to our garage. Not to drive a car! Mind you! To fetch some chicken and other ingredients that need to be refrigerated but because our refrigerator is bursting at the seams! Don’t think that I’m trying to be funny. This is our real lives in winter! Our non-heated garage all of the sudden has its dual function besides for storing cars! So..mom..yes, we do have a plan to move out from this…thisss…PLACE! We have this love-hate relationship with Minnesota. Love you in the summer and hate you in the winter! 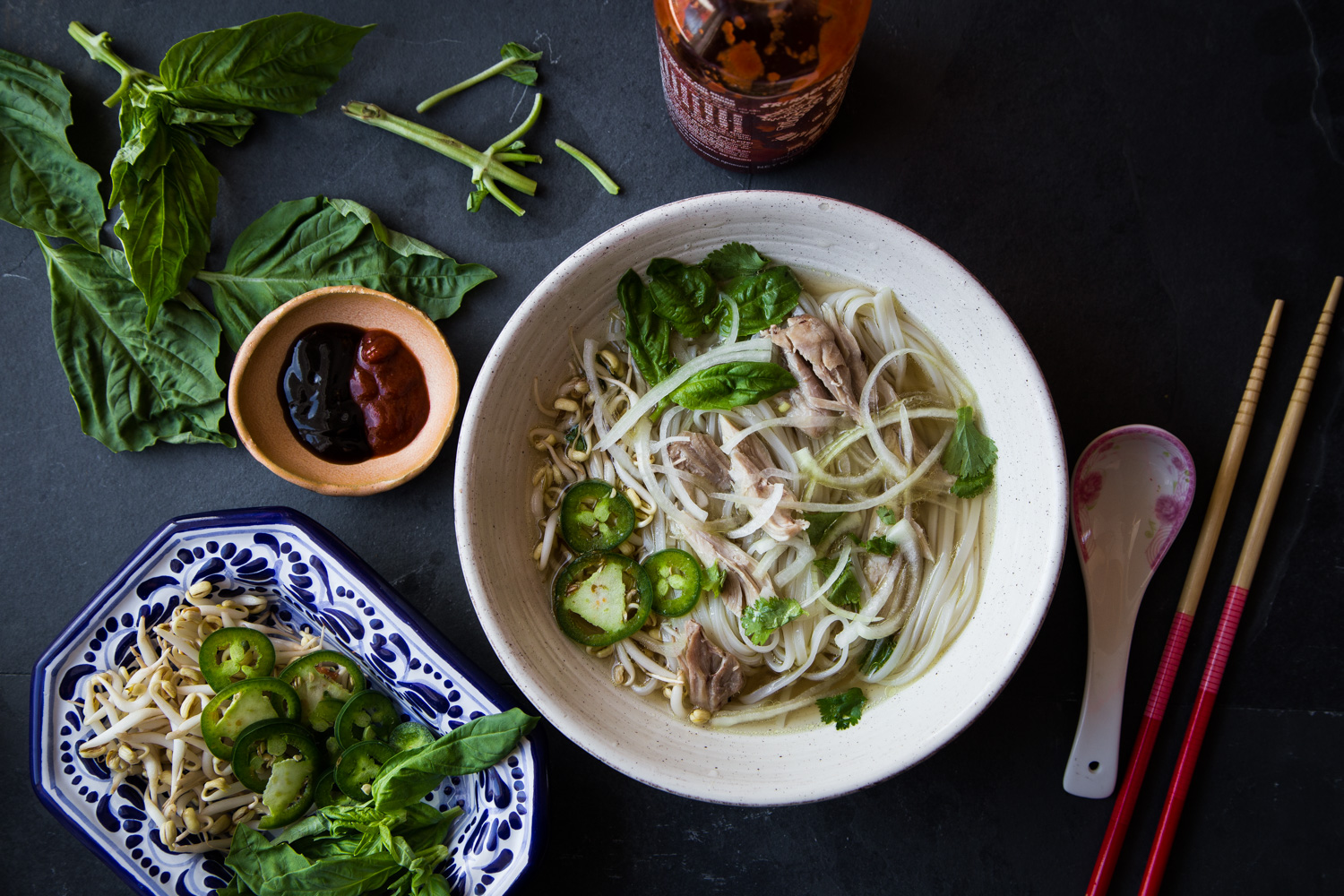 Of course, I made some noodle soup! What else can I do in the winter! I have chicken. I have Instant Pot. Put the two together and you have this Pressure Cooker Pho Ga to boot! A while ago I made Pho bo or often called Vietnamese Pho Noodle soup. Pho bo is usually served with beef. Just like preparing Pho bo, the main work is pretty much on the broth itself, which is actually not that much of the work either. I got this recipe from Hot, Sour, Salty, Sweet cookbook by Jeffrey Alford and Naomi Duguid with some modification. 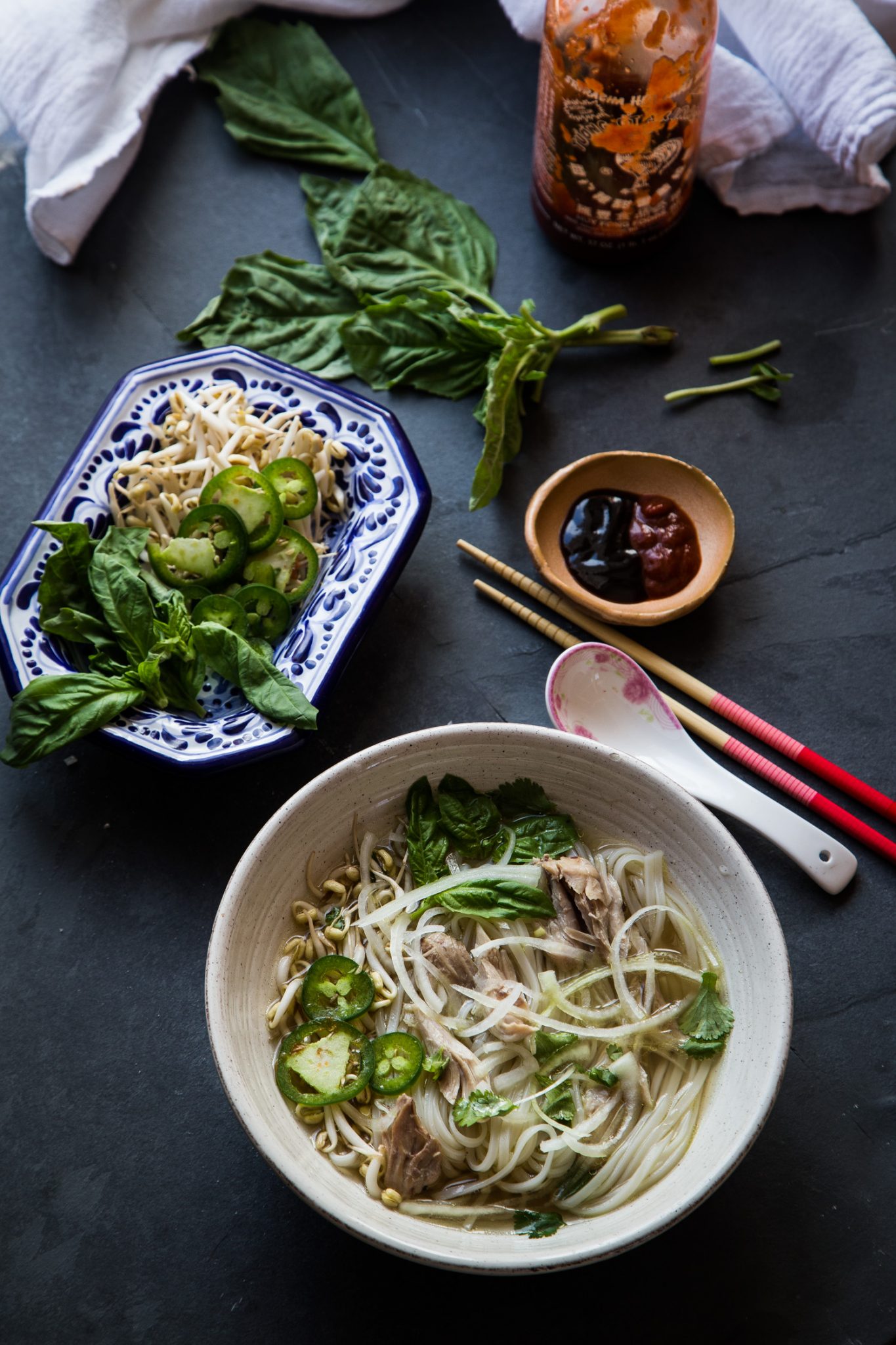 WHY DO YOU PRESSURE COOK THE CHICKEN FIRST?
If you look at the instant pot recipe, I pressure cook the chicken first. I find this easier especially when you use a whole chicken. The chicken is already taking up quite a bit of space and if you add more water for the soup base, it’s going to be too full in the pot. This is also to ensure that we don’t overcook the chicken, yet we get a flavorful broth by continuing cooking the soup base with the carcass from the chicken. 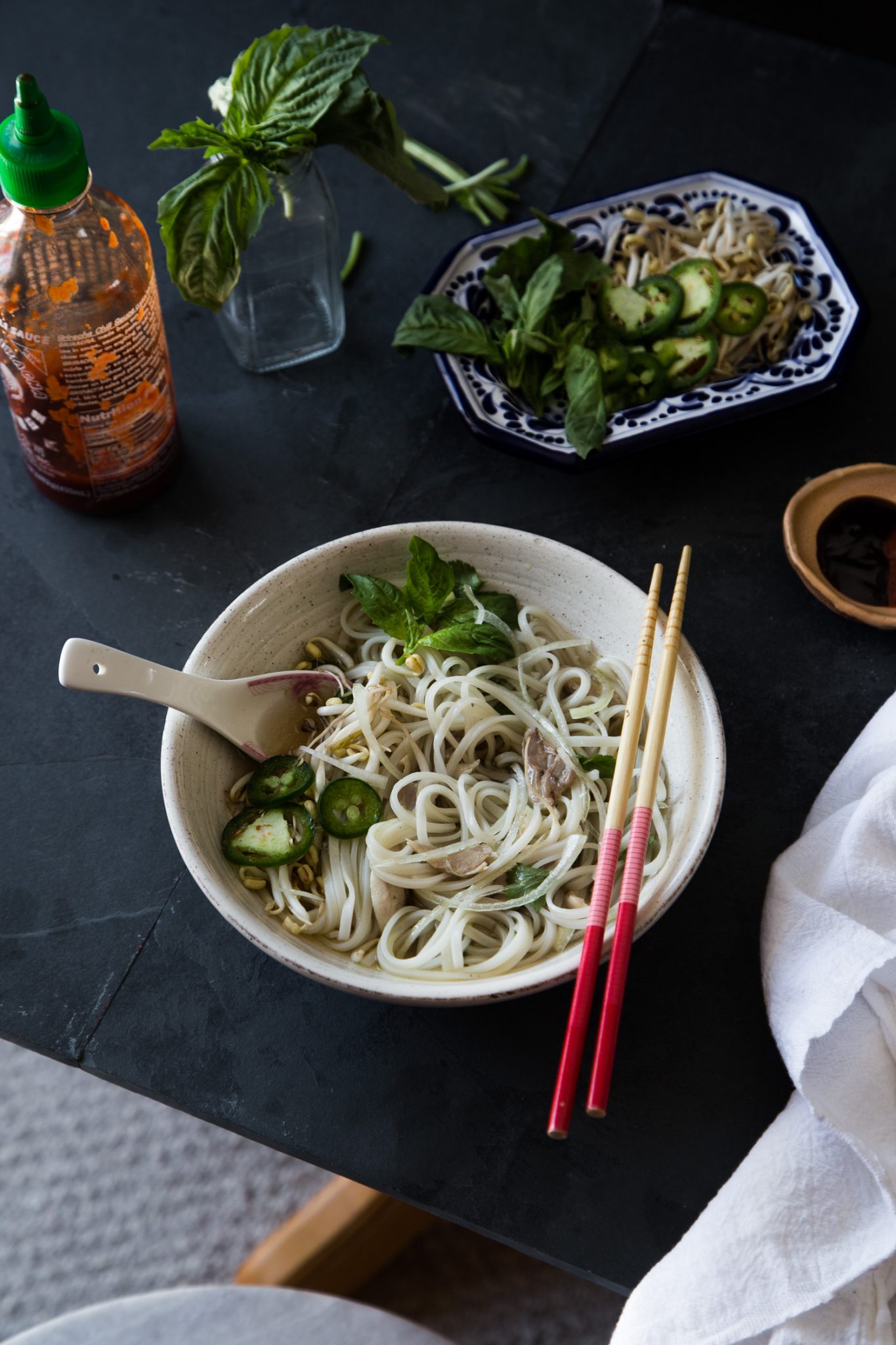 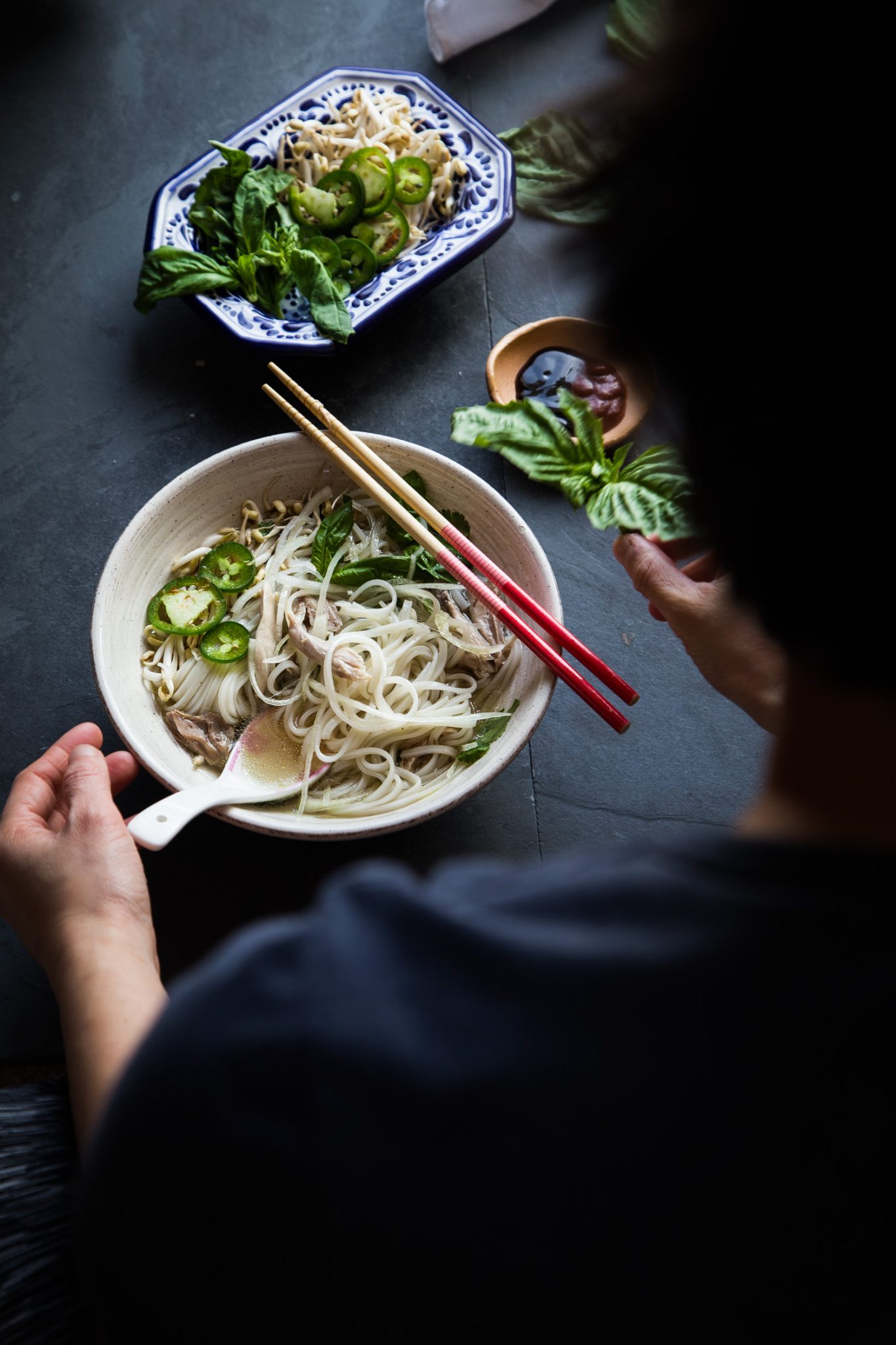 Just imagine you are watching the snow falling outside and slurping in the noodles like no others’ business. Even if you are not in a four-season country, noodle soup is just good as comfort food. It’s my kind of lunch when I lived in Southeast Asia. It never stopped me from eating noodle soup while wiping away sweat that was dripping! 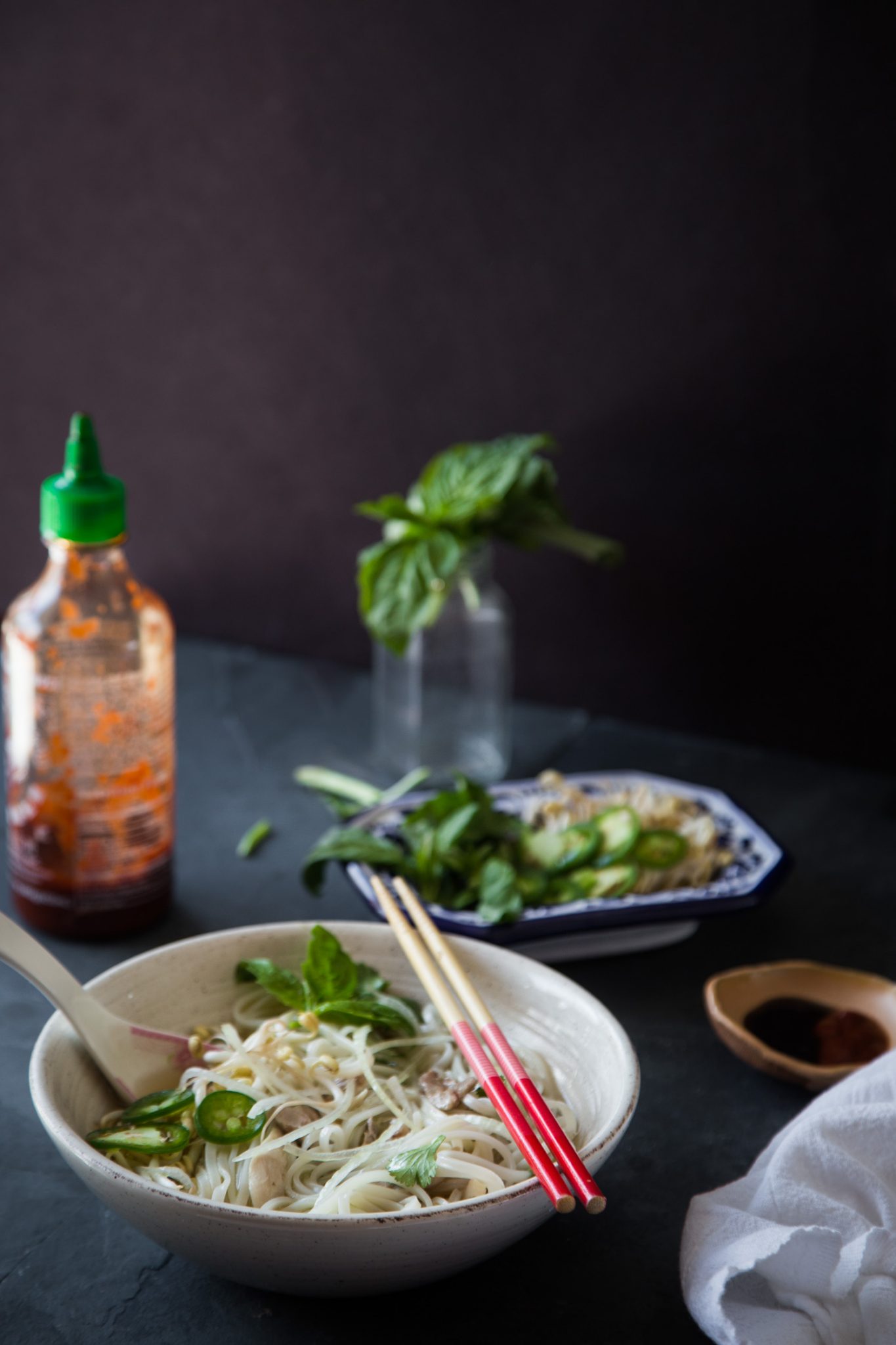 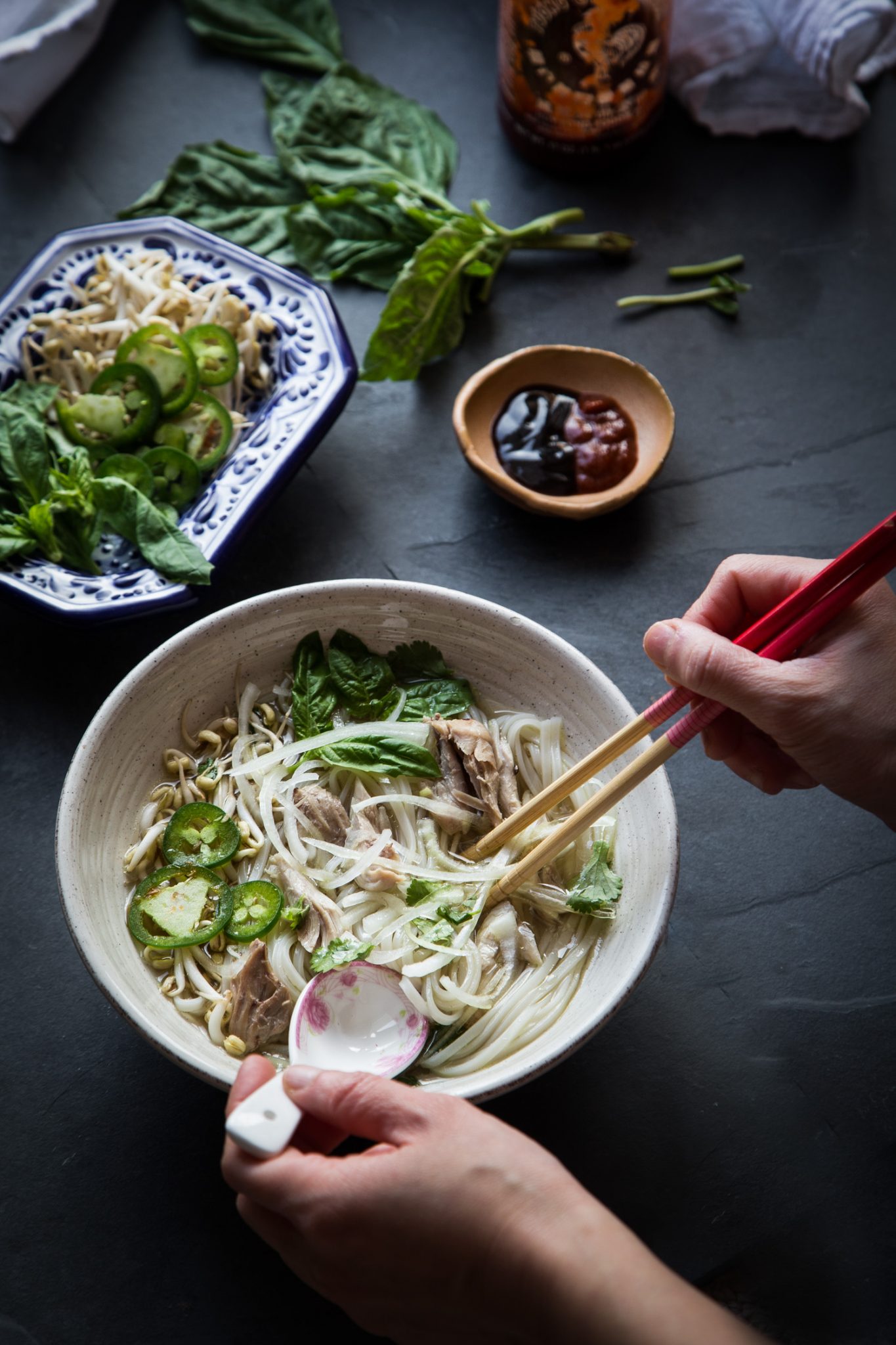 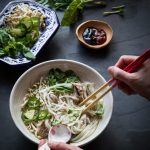 Ohhh. I hear you about the cold weather. I just spent the entire last week feeling frozen, even my brain was too slow:) Not nearly as bad as what you describe, but still 21 degrees F high for the day is not life inducing! This pho ga though is! Total life saver. I love the Hot, Sour, Salty, Sweet book, my husband had bought it many years ago. I personally haven’t cooked from it, but every time I go to Ho Chi Minh City I eat pho ga. Somehow it tastes better to me over the beef pho. Beautiful pictures, I need to make this asap!