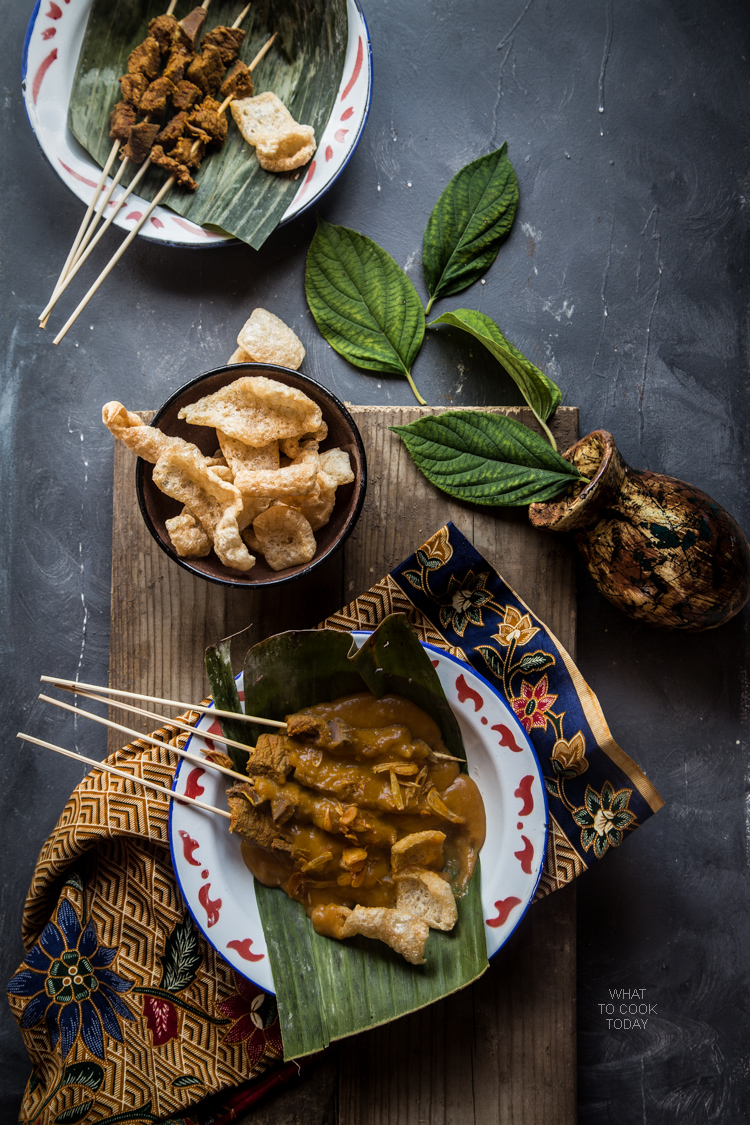 There are many different kinds of sate/satay from different regions in Indonesia alone. One of my favorites is Sate Padang, from, needless to say, Padang (West Sumatra). Sate Padang is typically sold as street food in push cart in Indonesia. I especially love the thick sauce of sate padang. It’s almost curry like I must say. According to wikipidia though, there are 3 different kinds of sate padang: Sate Pariangan (which I’ve never tasted before), Sate Padang Panjang (I’ve never tasted this too), and then Sate Padang (my favorite). They come from the same region but with different taste and color in the sauce. Honestly, I’ve only tasted Sate Padang, which they say is sort of the combination of both Sate Pariangan and Sate Padang Panjang.

My sister and I used to eat this every night. We were really the regular and the old man who sold sate padang with push cart would stop in front of our house sharp at 9 pm every night! This is not something you will typically see on the menu in restaurants, not in Indonesia and definitely not here in the U.S! It’s probably one of the most unknown sate outside of Indonesia as most people assume that sate is always served with peanut-based sauce.
This is adapted from a recipe that a friend gave me and this was my fourth attempts and we thought we were in heaven for a while when we had this yesterday! My kids absolutely love the sauce. 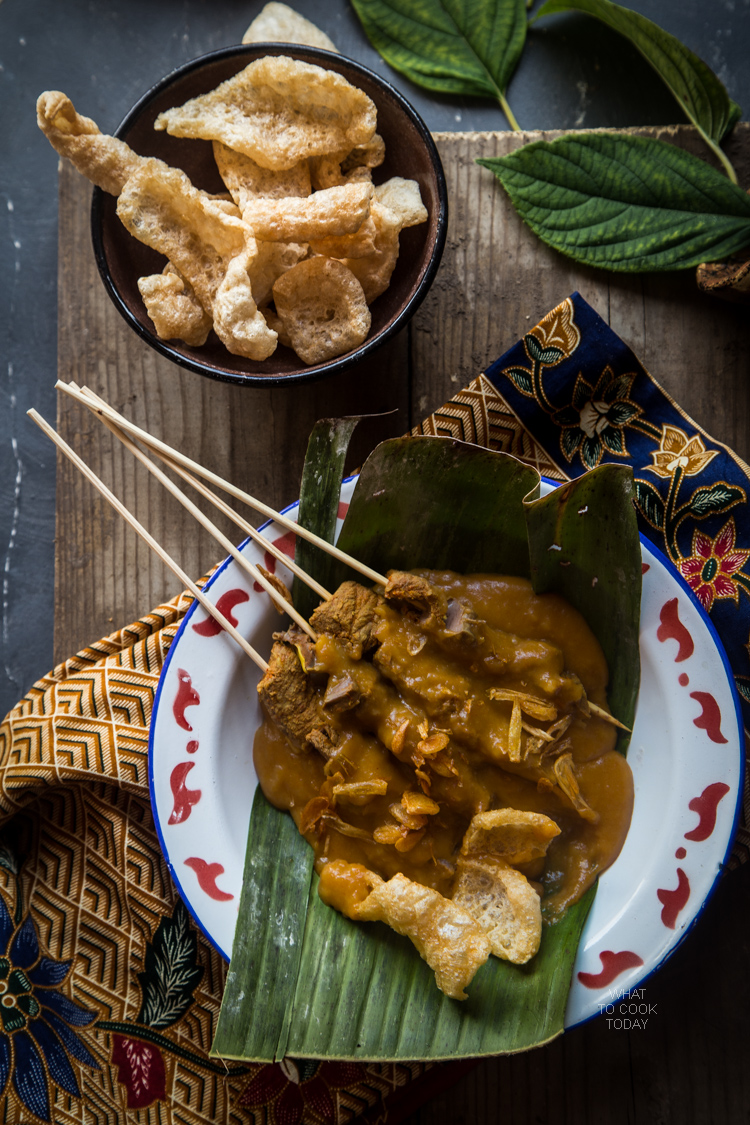 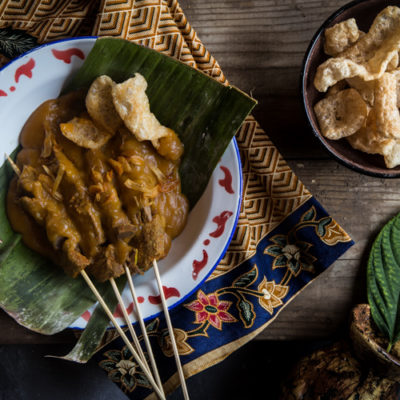 5 from 3 votes
25 skewers
Prep: 25 minutes
Cook: 1 hour
Total: 1 hour 25 minutes
**The recipe is written in Metric and sometimes I include U.S. Measurements**

Prepare the beef and tongue:

Cook the beef and tongue:

I’m just happy to say that I’m able to introduce this delicious childhood street food that I’ve been craving so much to both of my kids and they absolutely gave it thumbs up !! 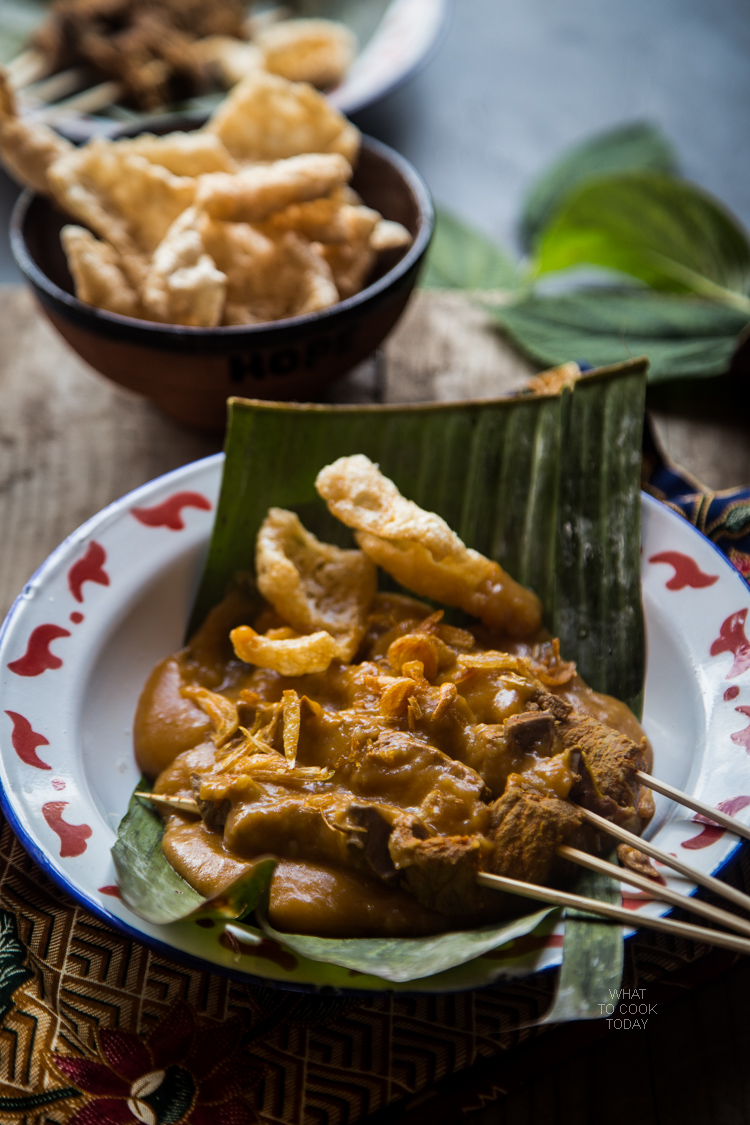 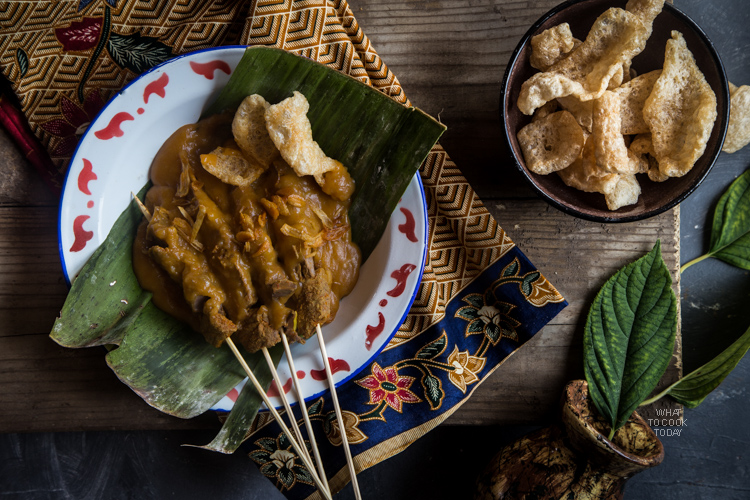 Hi, what sort of cut did you use?

I’ve tried chuck, brisket and ‘beef for stew’ before. I think I like brisket best among all

Marv, I want these sooooo bad. Hmmm, do you think I can just use Chinese dried red chilies instead? Or will it alter the taste?

Hi Anita. Me too. I love Sate padang so much. I believe you can use dried red chilies, it shouldn’t alter the taste that much, if at all.

Can rice flour be substitute with different kind of flour?

Hi,
I won’t substitute it with another type of flour though, for example like cornstarch or tapioca won’t be the same I don’t think.

Sate Padang with kerbau (ox) tongue is the best. I used to live in a small village halfway between Bukit Tinggi and Padang Panjang in West Sumatra, and the sate vendor would walk by tapping the crock pot of sauce with a spoon…. taste was unbelievably good.

You are making me feel nostalgic. OH yes, the tongue is best for sate Padang!!