This popular Sundanese vegetable salad is served with special peanut dressing and despite its humble presentation, it is packed with flavor 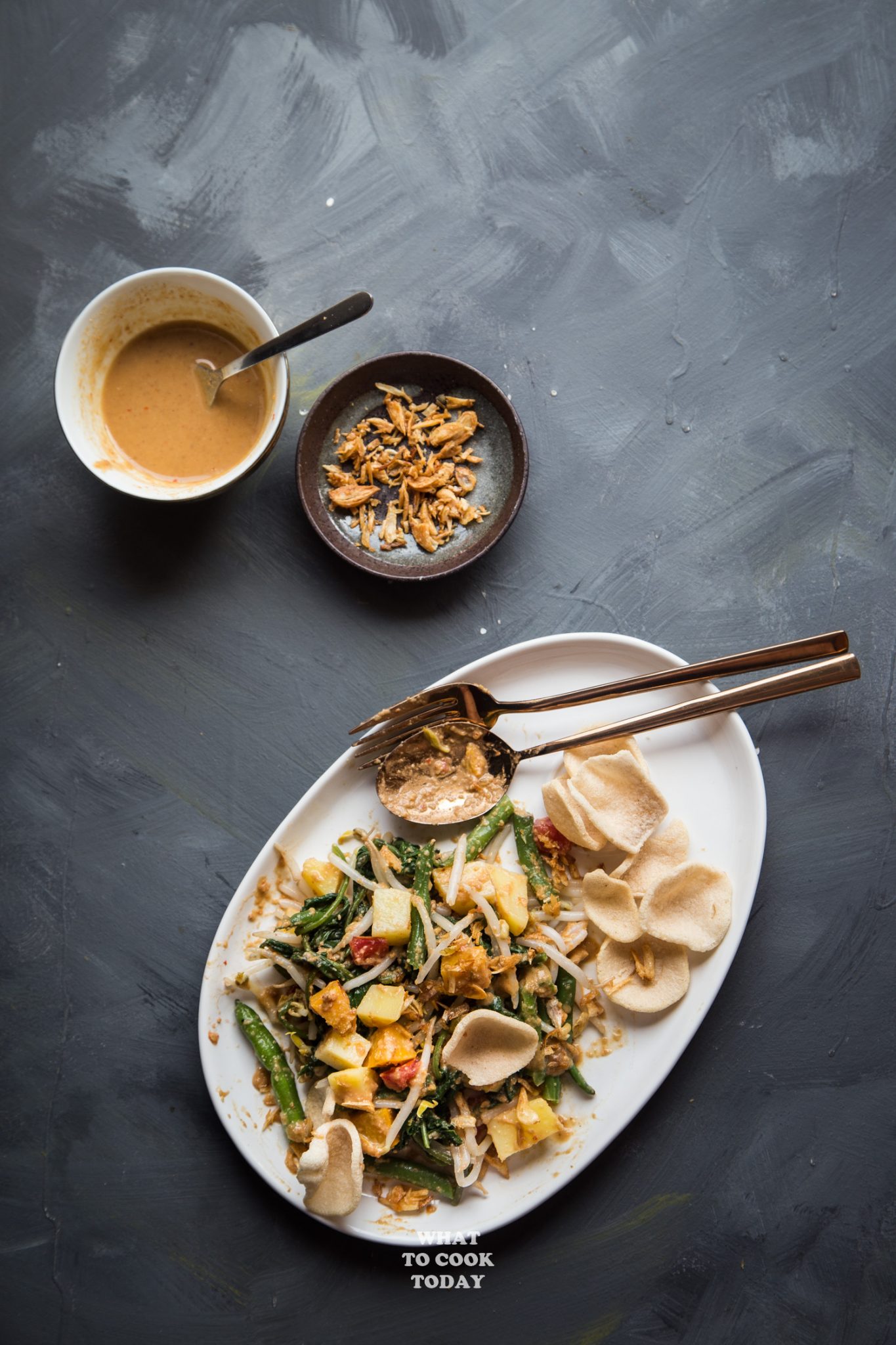 Most people who have tasted Indonesian food would probably heard of Gado Gado. It’s probably one of the most popular Indonesian salad known outside of Indonesia.

There are also Ketoprak, Pecel, and Karedok to add into the bunch. All of them are with peanut dressing. Not exactly the same peanut dressing, but yes..all have peanuts in them. 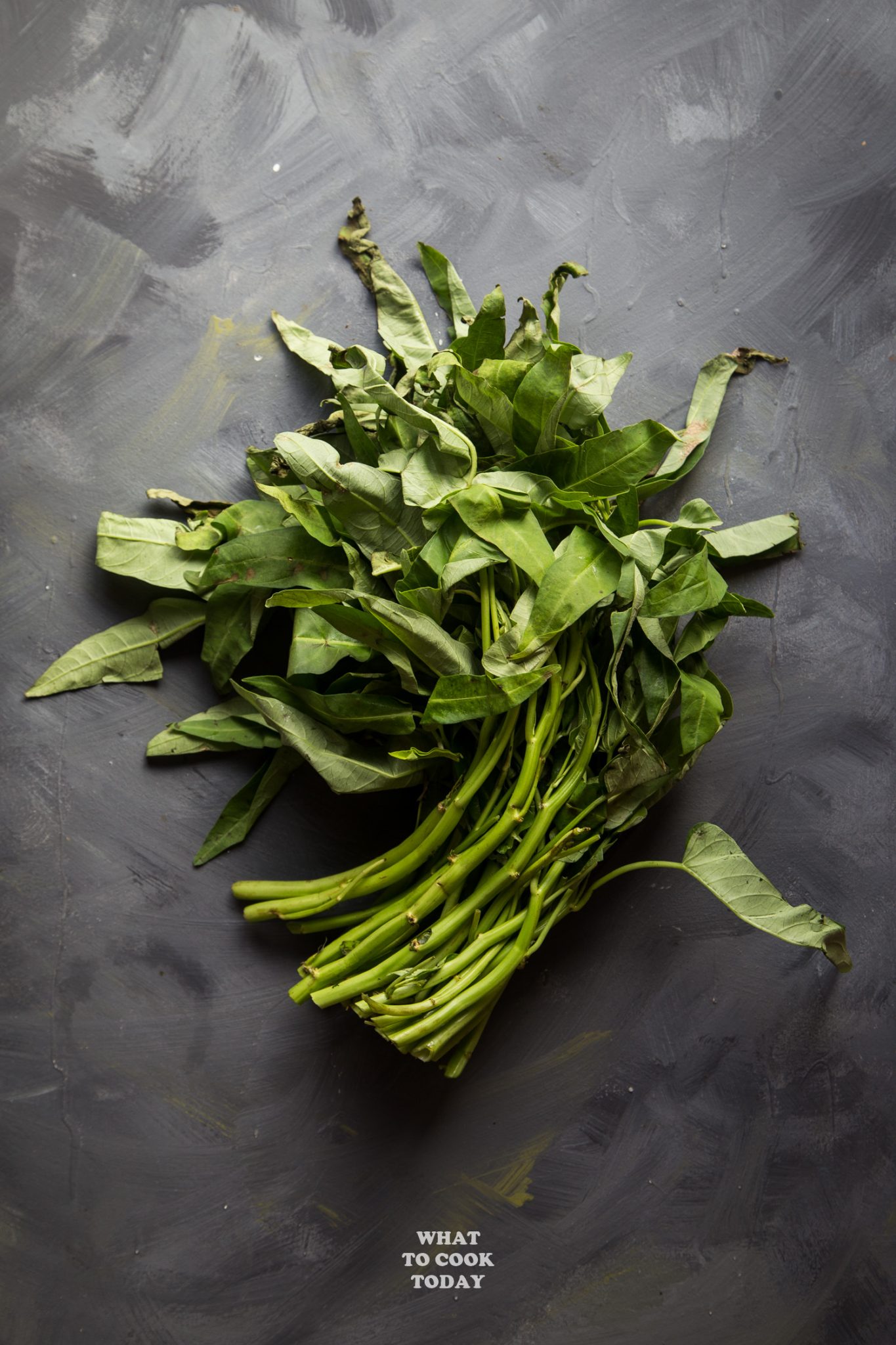 Pecel and Gado Gado are popular in my hometown where I grew up. I only know about Karedok, Lotek, and Ketoprak when I lived in Jakarta for a short while.

WHAT ARE THE DIFFERENCE BETWEEN GADO GADO, LOTEK, KETOPRAK, KAREDOK, PECEL?
Gado gado: There is a mixture of raw and cooked vegetables and sometimes rice cakes (lontong). The peanut dressing has coconut milk in it and they are often served with hard-boiled eggs.

Lotek: Usually build on cooked vegetables. The peanut dressing used a special spice call kencur (Kaempferia galanga), which is impossible for me to find here. It’s a root like ginger and galangal, BUT it is not similar to ginger nor galangal. It’s hard to describe its distinctive aroma.

Pecel: Made with mainly boiled leafy vegetables like kangkung, cassava leaves, papaya leaves and the peanut dressing has kencur (Kaempferia galanga) in it. It’s not uncommon that some people says lotek is pecel and pecel is lotek, they are pretty similar 🙂

Ketoprak: You will see there are rice vermicelli noodles, rice cakes (lontong) served with raw vegetable like cucumber.

Karedok: Some people say this is the raw version of lotek. All the vegetables are served raw and consumed together with rice 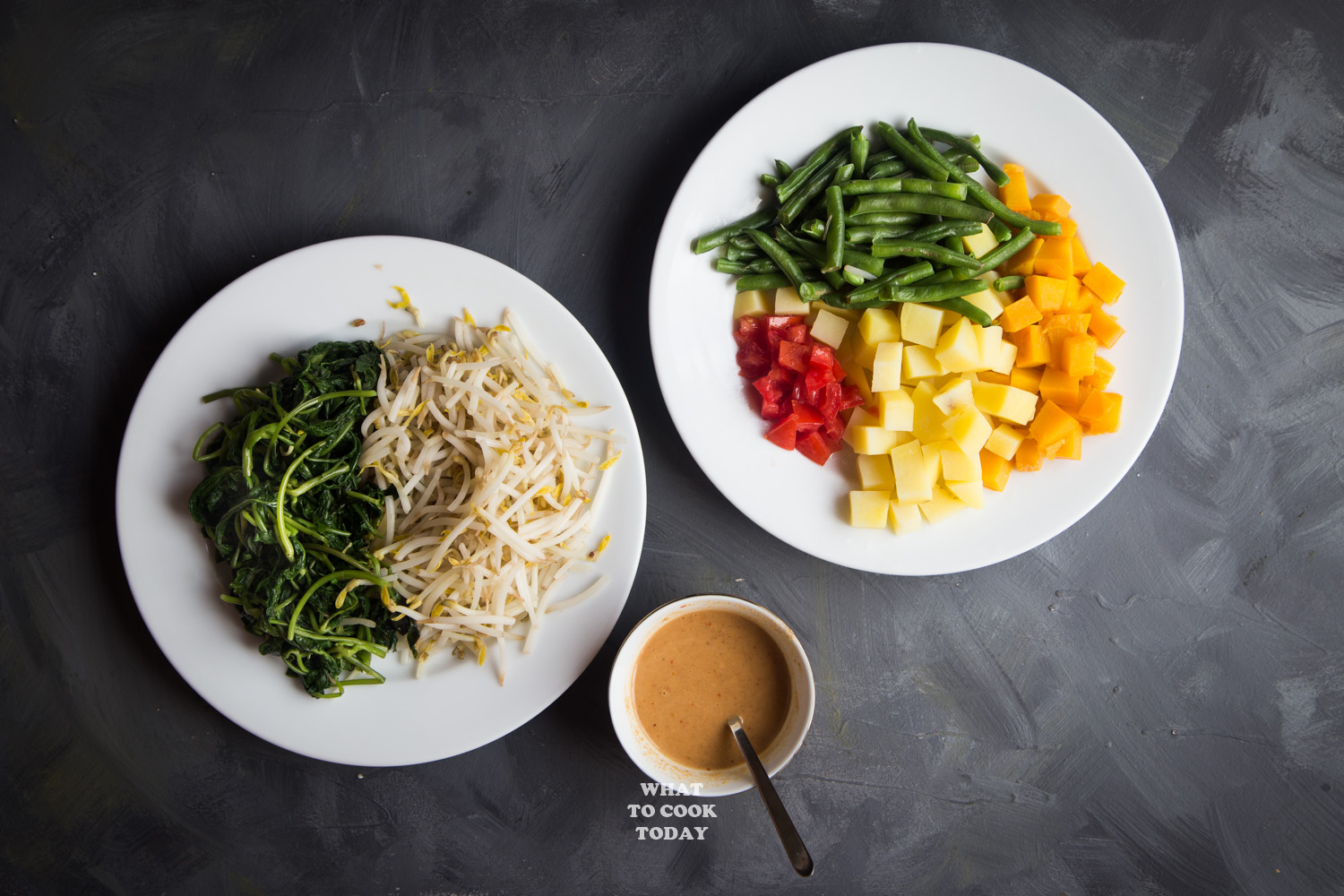 Now pumpkin is usually not used in making lotek but because it is in season here in this part of the world and so I added that into my lotek. 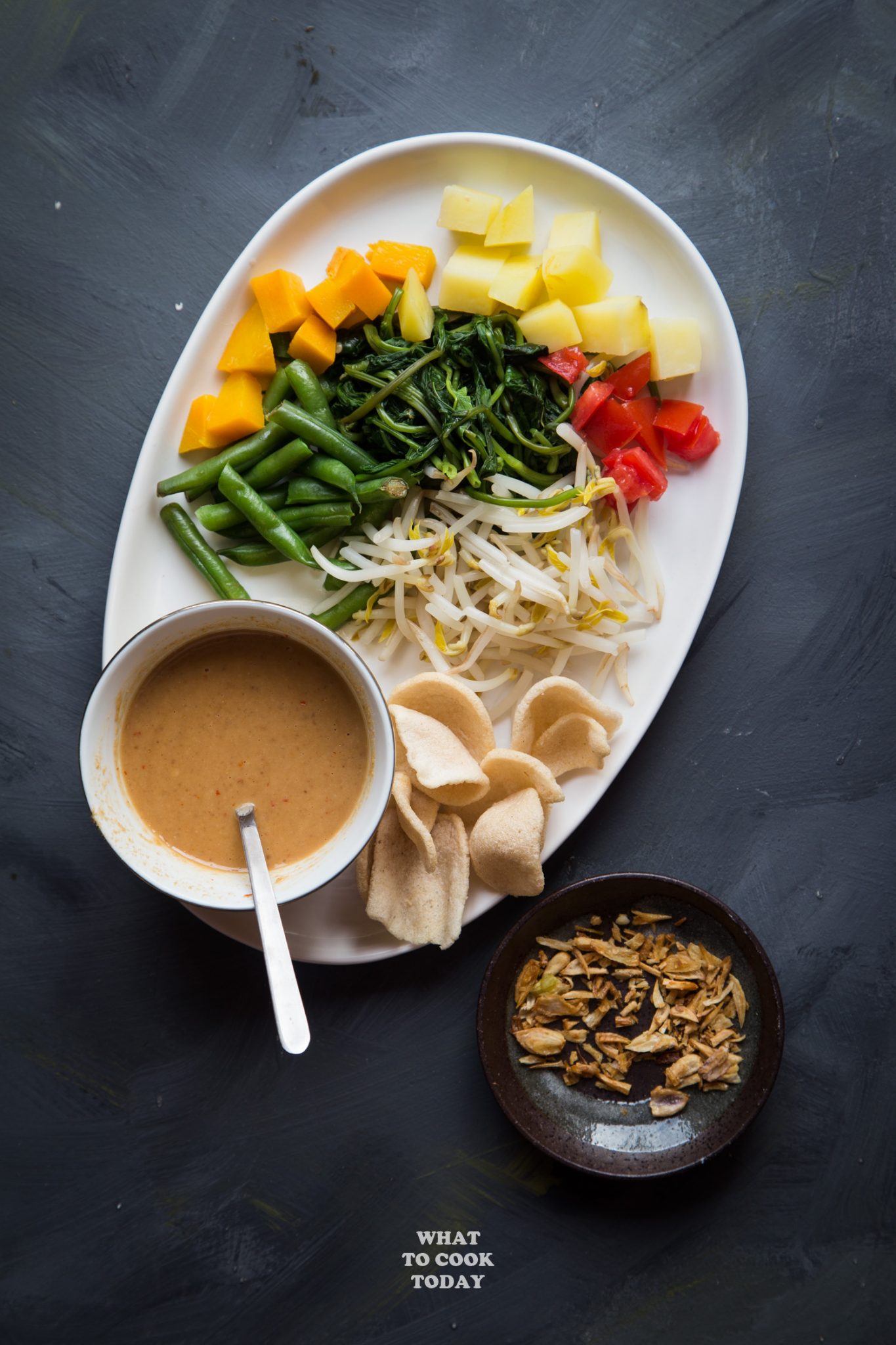 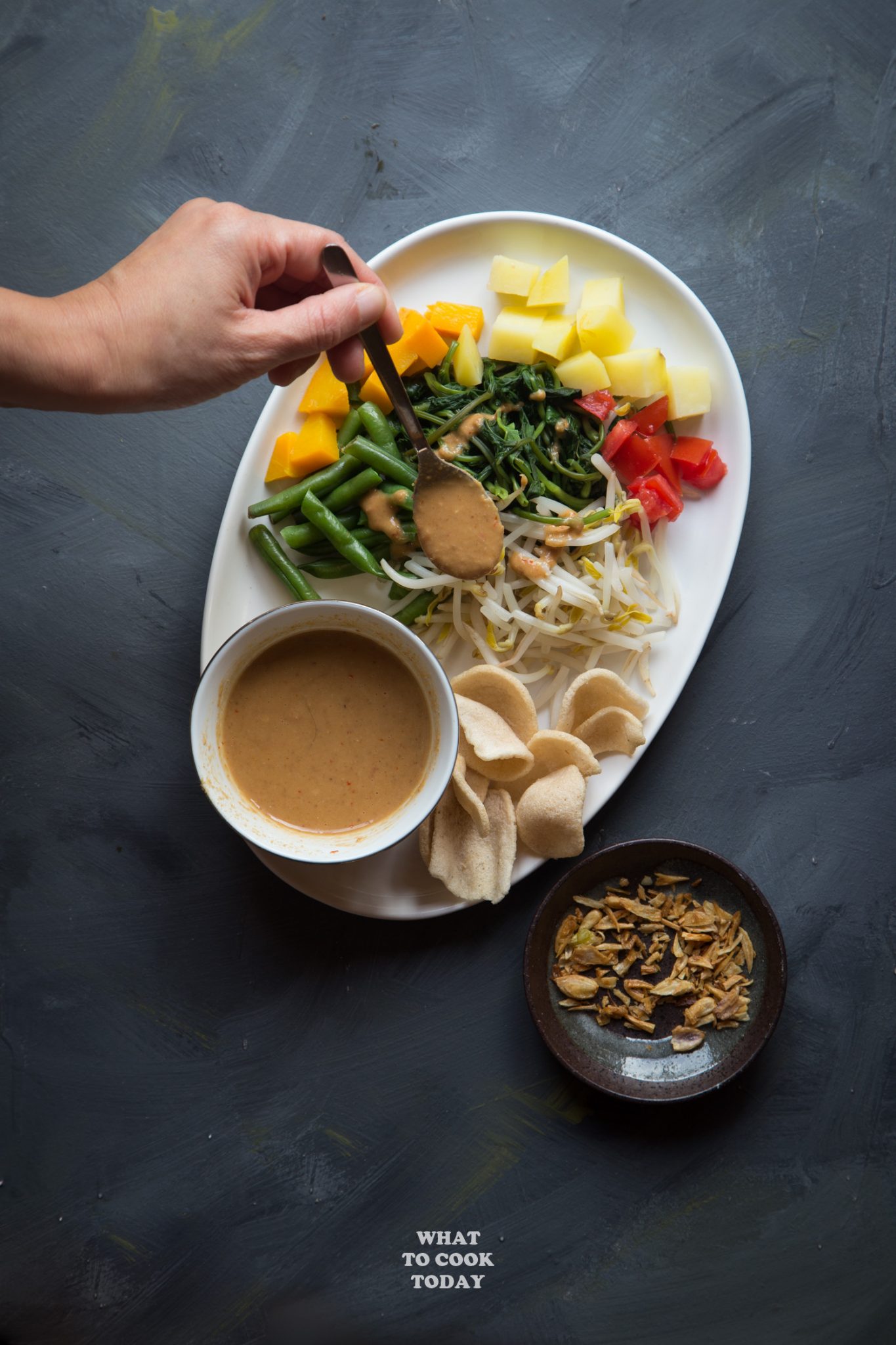 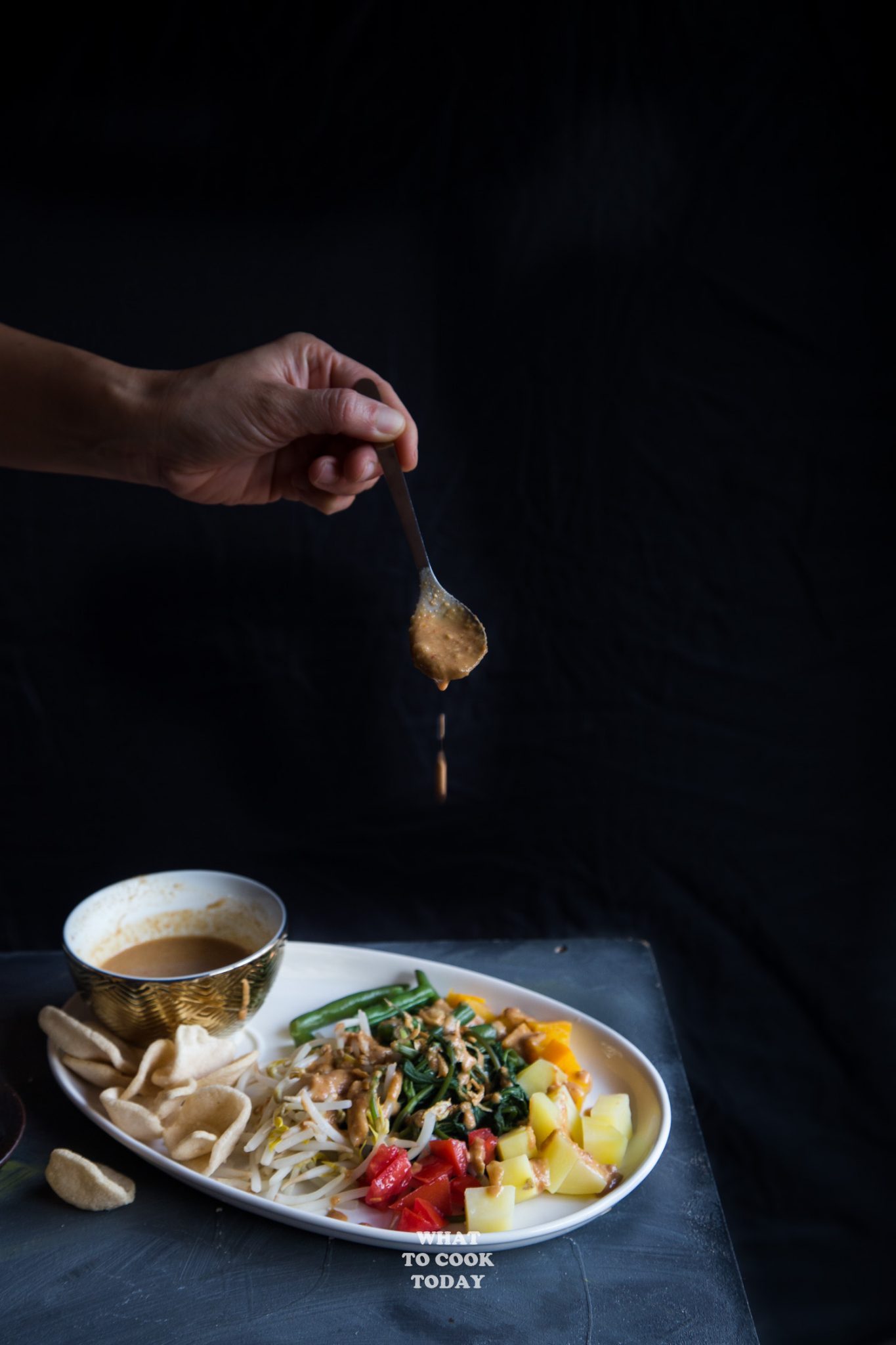 The peanut sauce really brings everything together. Don’t sweat it if you can’t find Kencur. I had it because my mom brought it to me. Once I run out, that is it!! The kencur really gives the sauce that distinctive pleasant aroma, but if you never taste kencur before, chances are you won’t know 🙂 and it won’t break the deal 😉 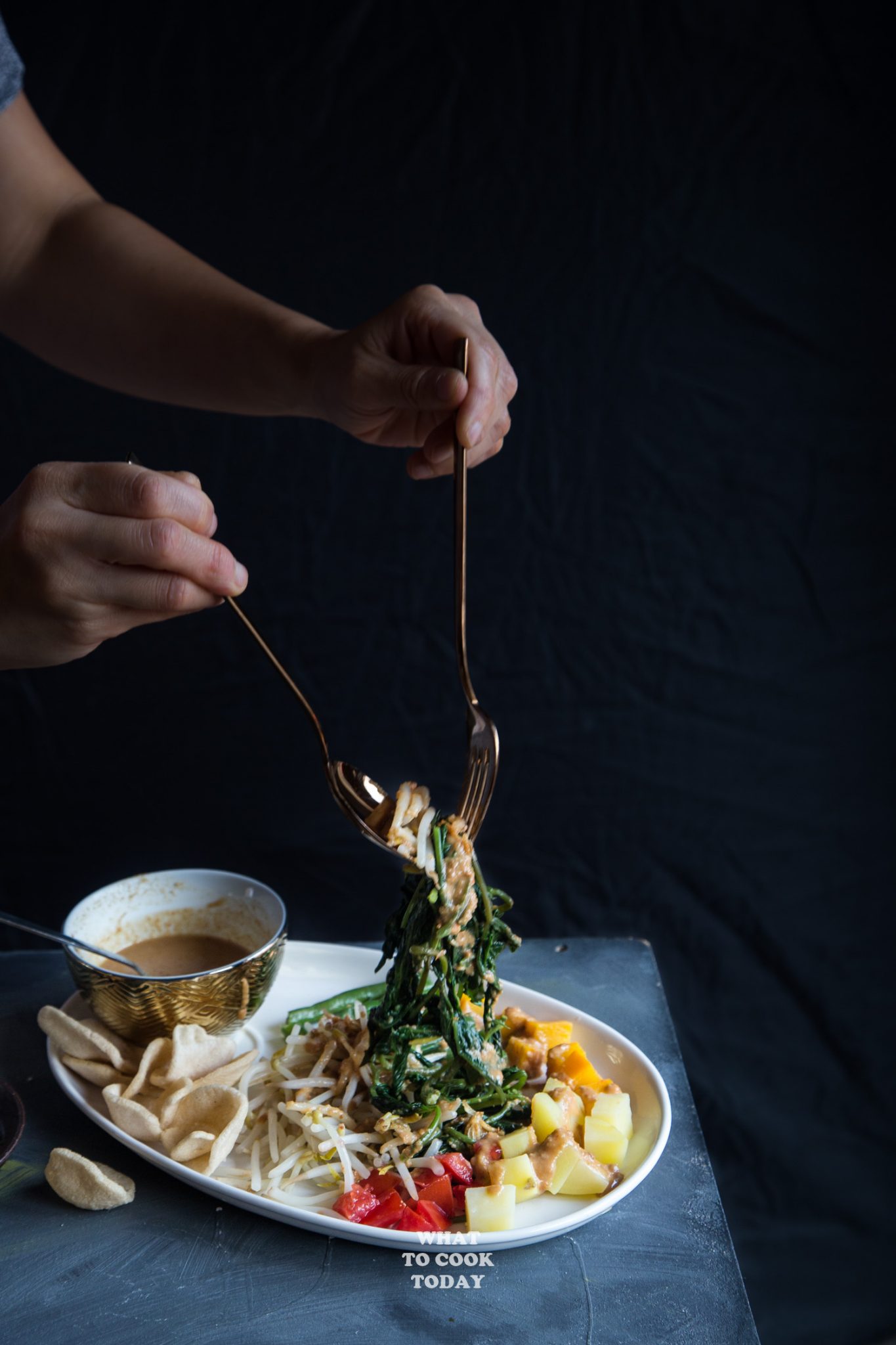 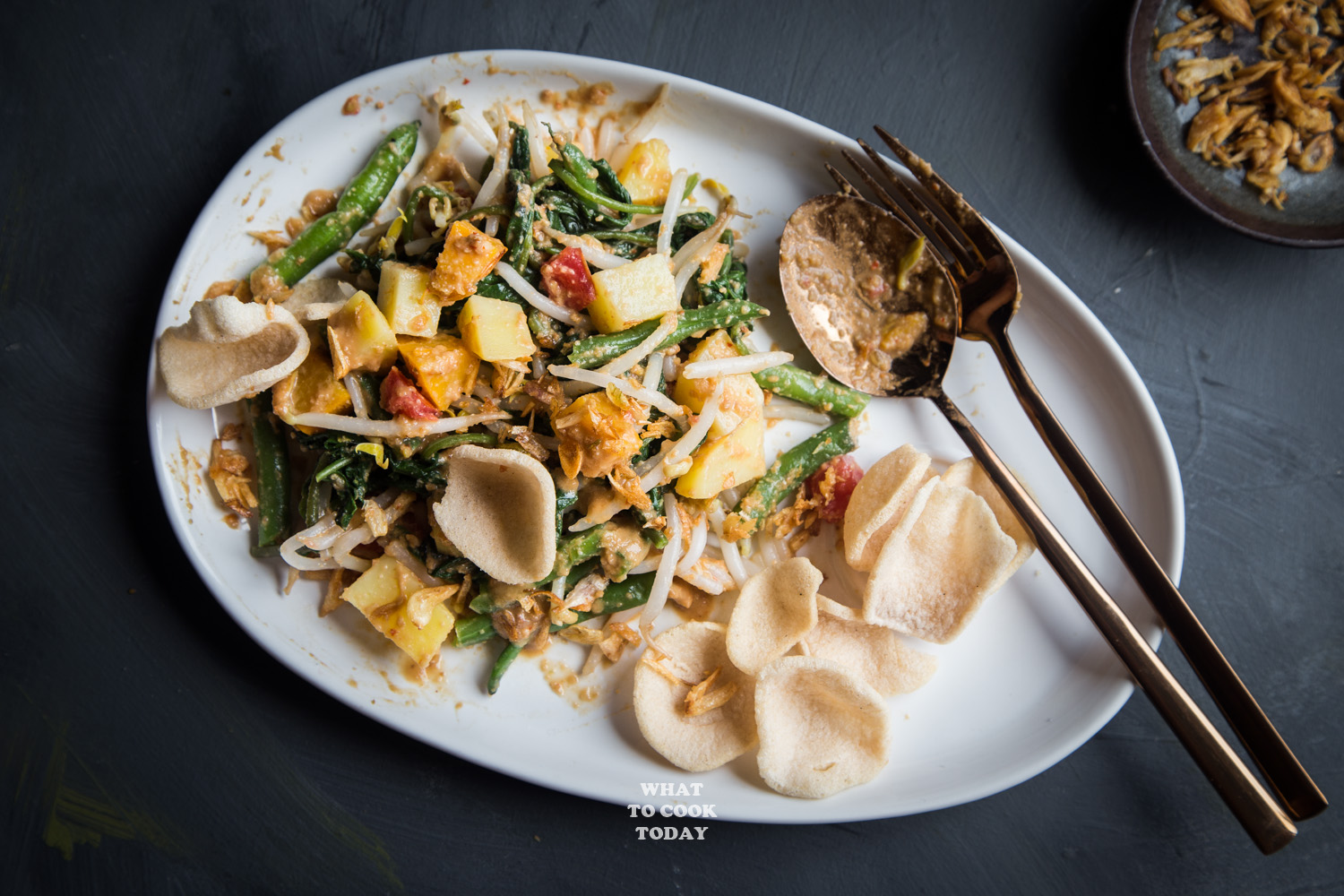 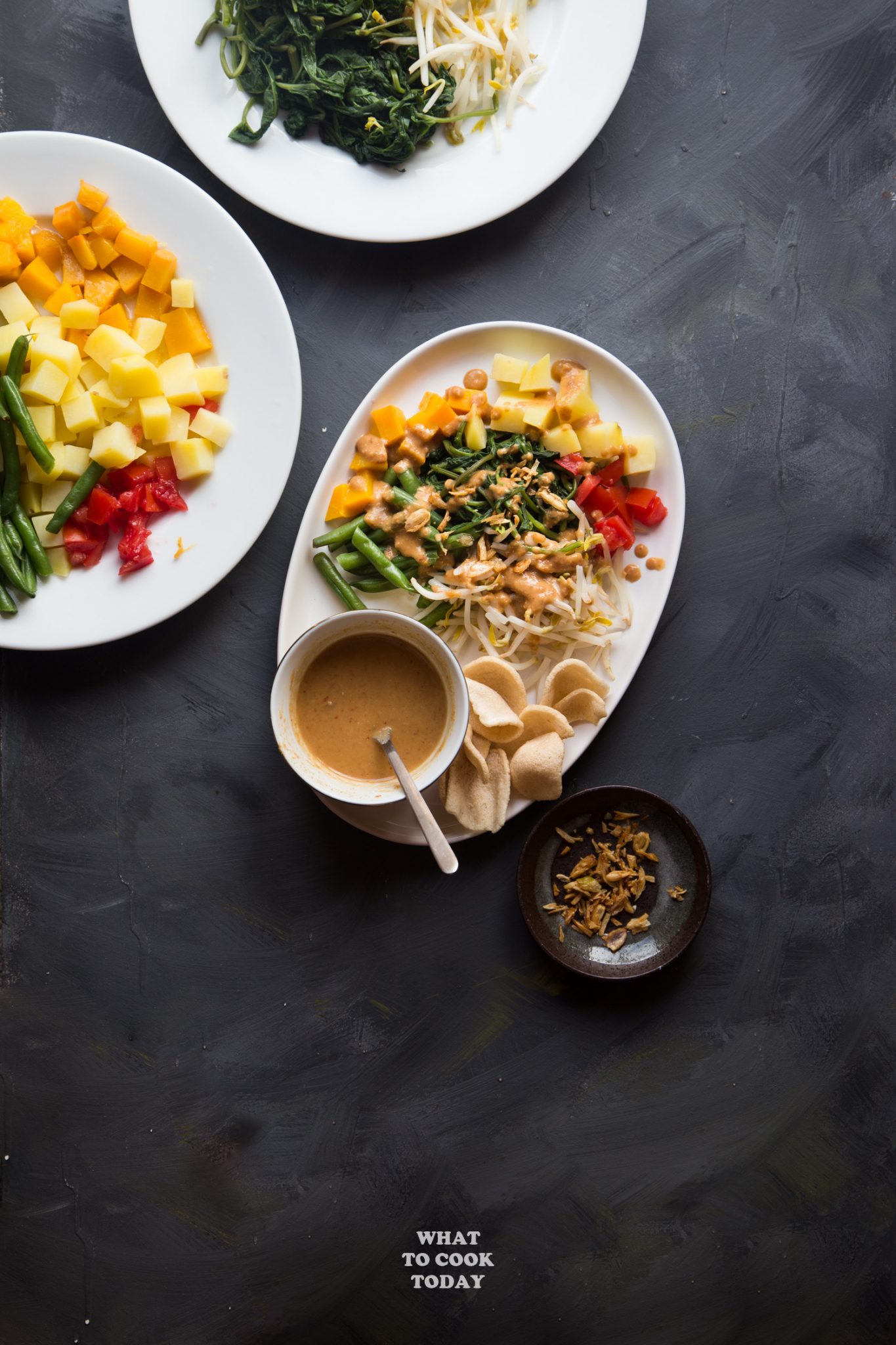 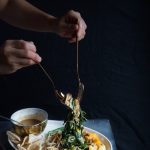 CHECK OUT other SOUTHEAST ASIAN RECIPES

Thank you for sharing the info of Pecel, gado2, karedok, etc! It is very informative! I love all Indonesian Salad with the peanut dressings!

By the way, how did your mom bring kencur all the way from Medan? Was the kencur cooked first?

Thank you. I’m glad you find it useful 🙂 My mom actually washed, sliced and then dried them under the sun. Then she also ground it up into a paste and freeze them in bottle. She wrapped the bottle in layers of newspaper and by the time she got here (which was winter), the thing didn’t even thaw yet LOL! The dried version is more convenient, but the aroma is much weaker than the one she made into paste. And.. no, she didn’t cook it yet. Just ground into paste.