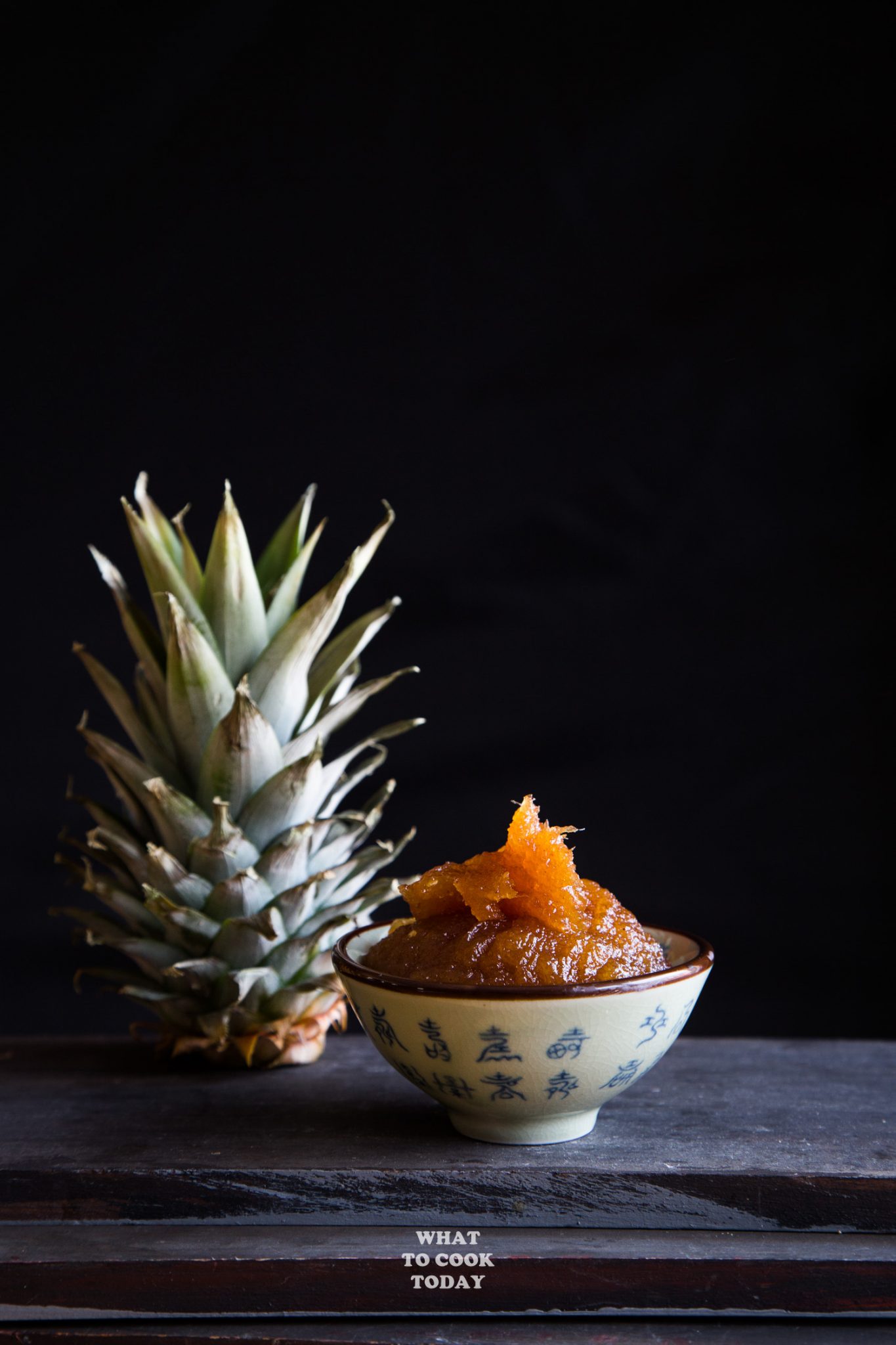 Pineapples were on sale few weeks ago and with 4 pineapples at home, I thought I would made a compote or what we usually selai nenas in Indonesia. They were easy to make but just need about one hour to get it to a thick consistency to be used in Kue Nastar (Pineapple Tarts) 😉 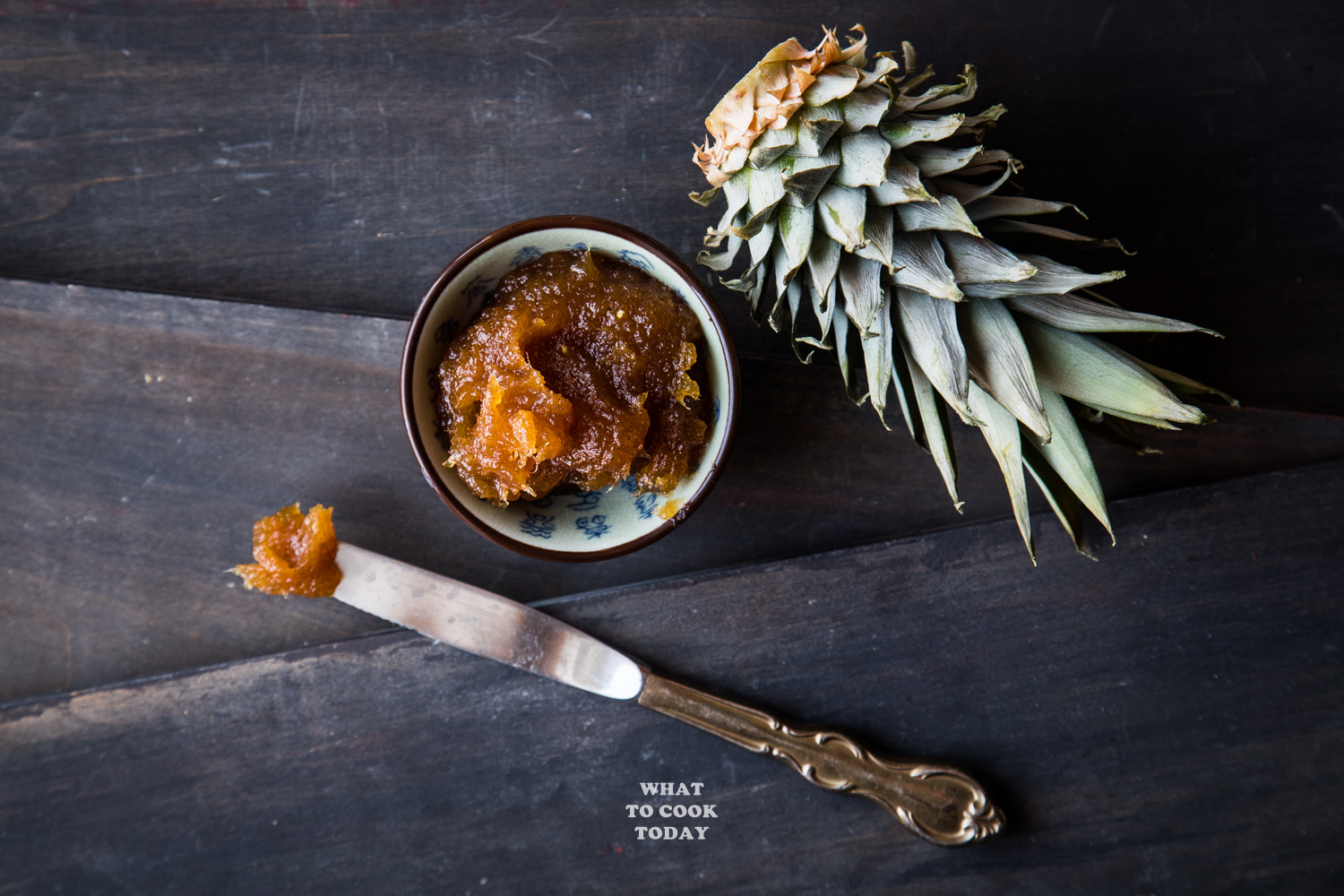 How do you pick a pineapple?

To be honest, I’m not an expert either. Usually you would be able to smell a nice pineapple aroma at its base. A stranger told me before that I should be albe to tug on one of the inner leaves. Those are the signs that the pineapple is ready. 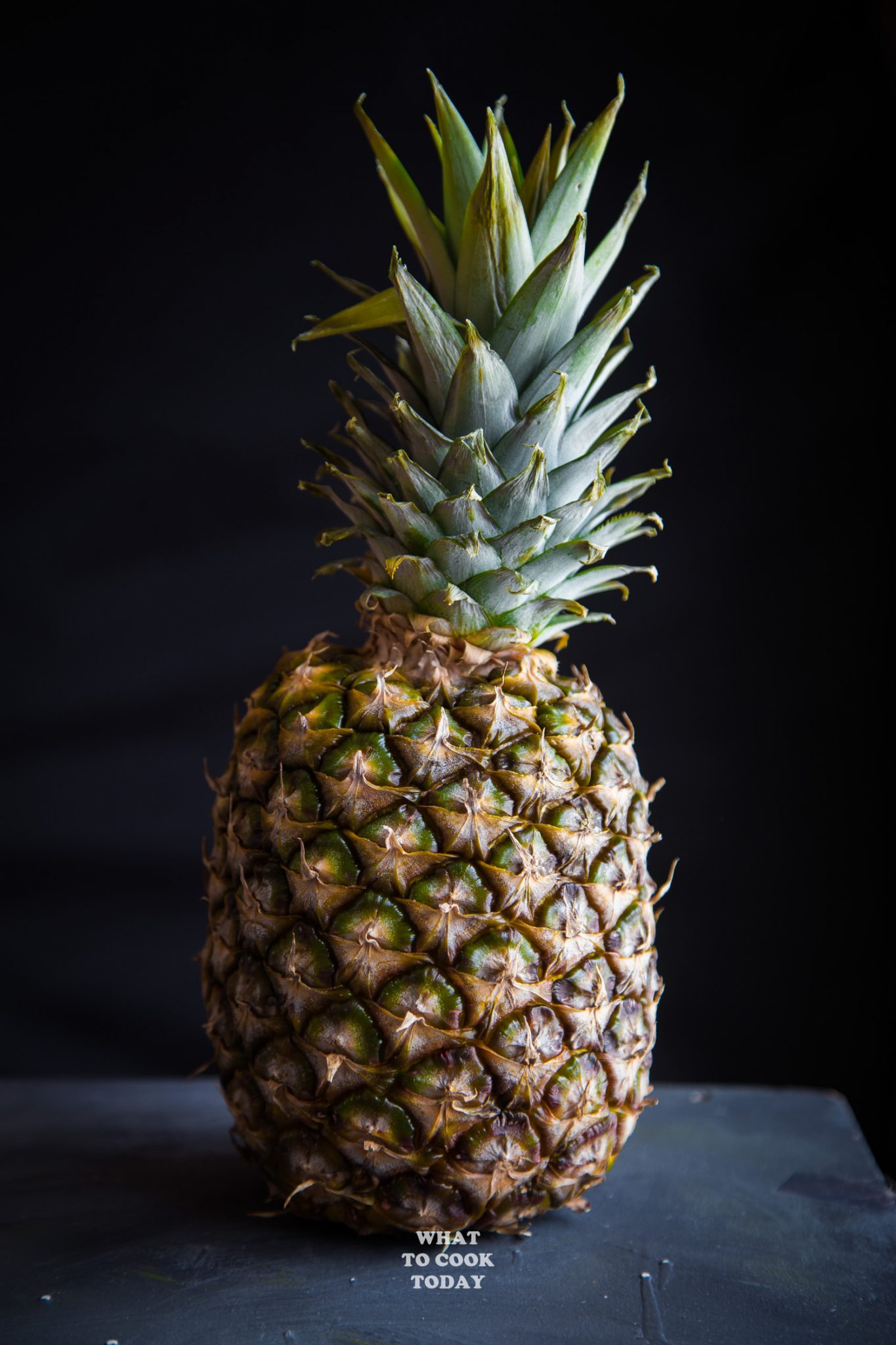 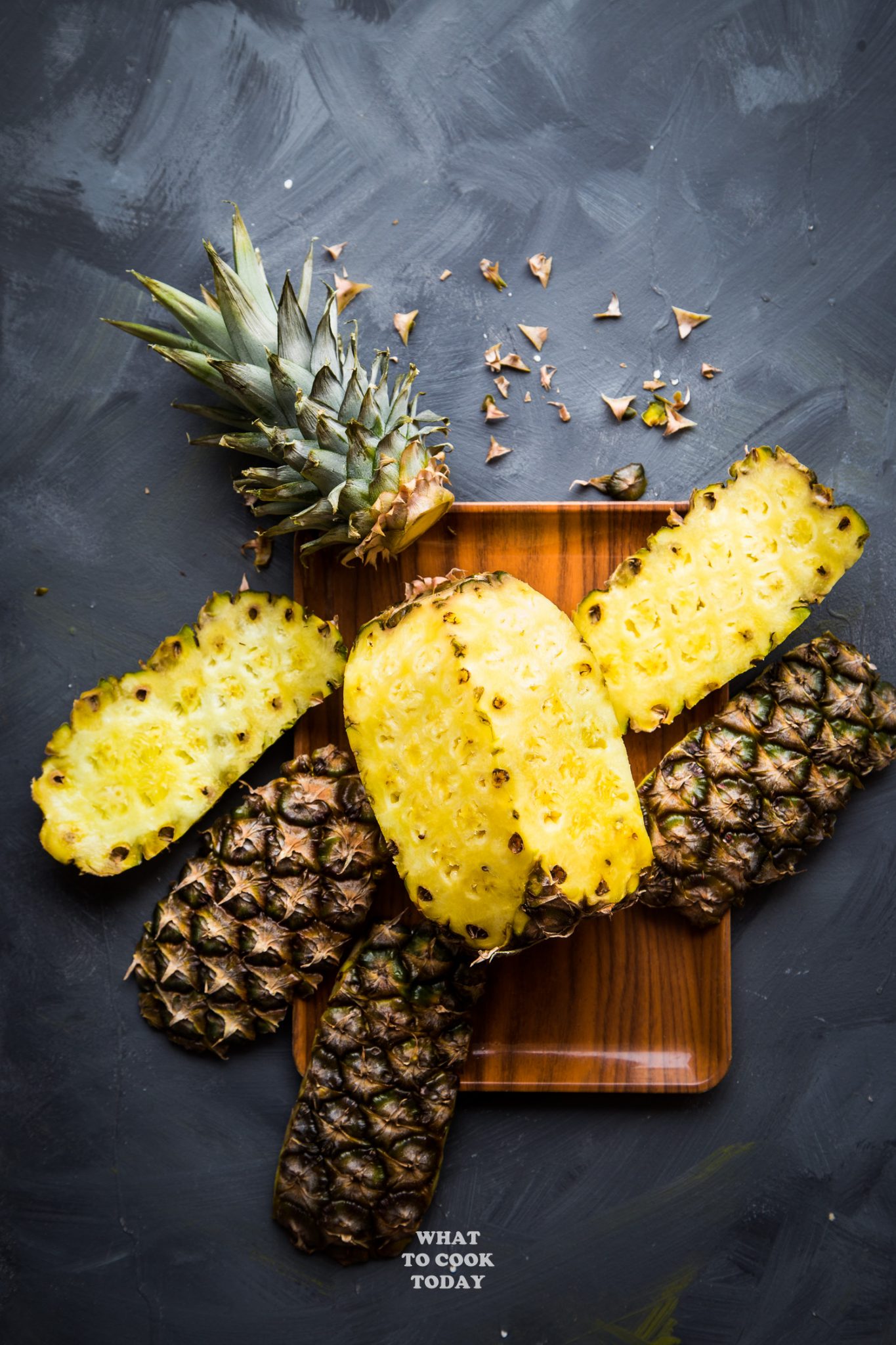 Look at how much juice was squeezed out. This helps to reduce cooking time. All the cooking does is caramelizing the sugar to make it turn dark brown and to evaporate the liquid. My two kids were fighting for the juice! 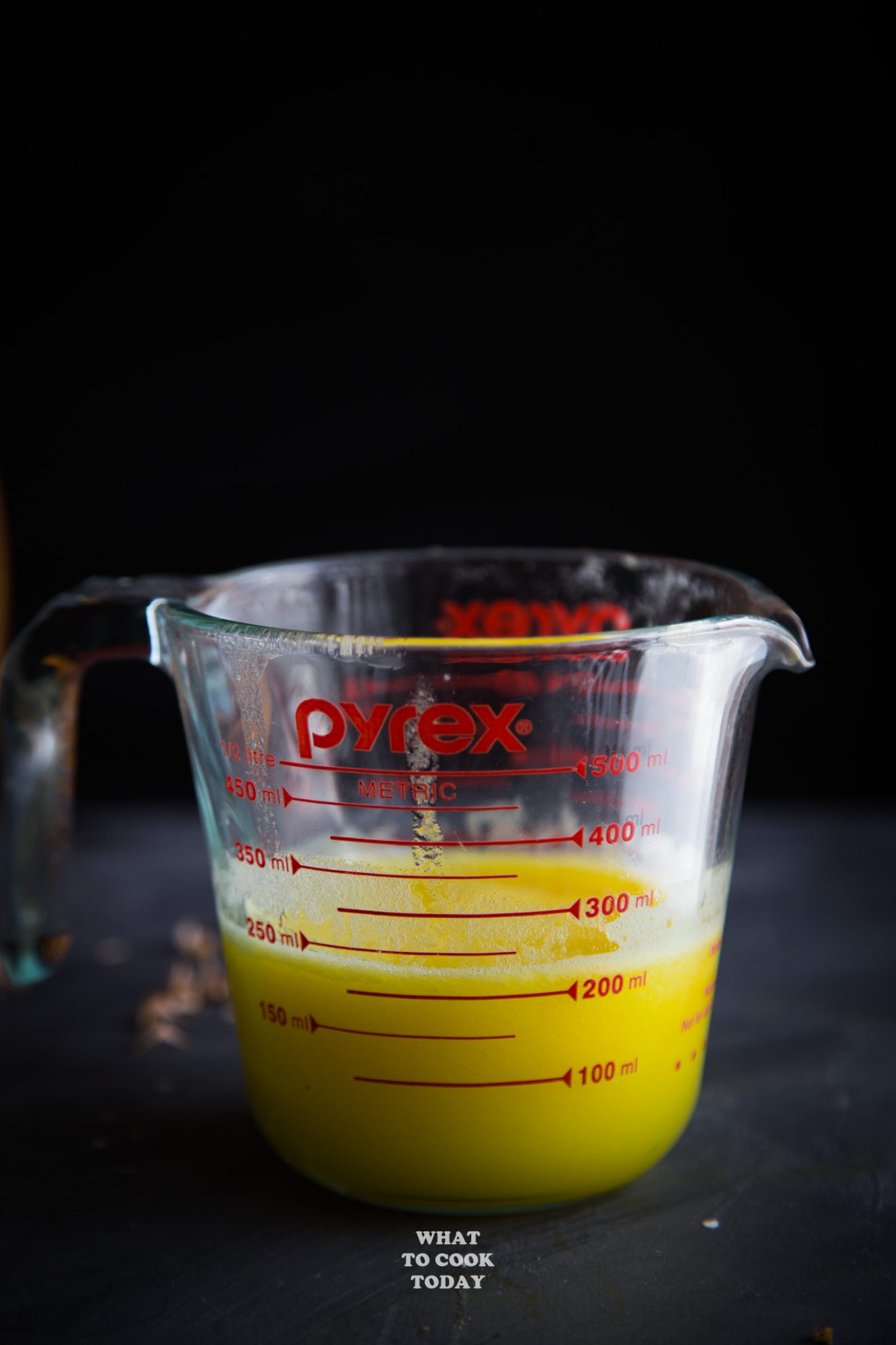 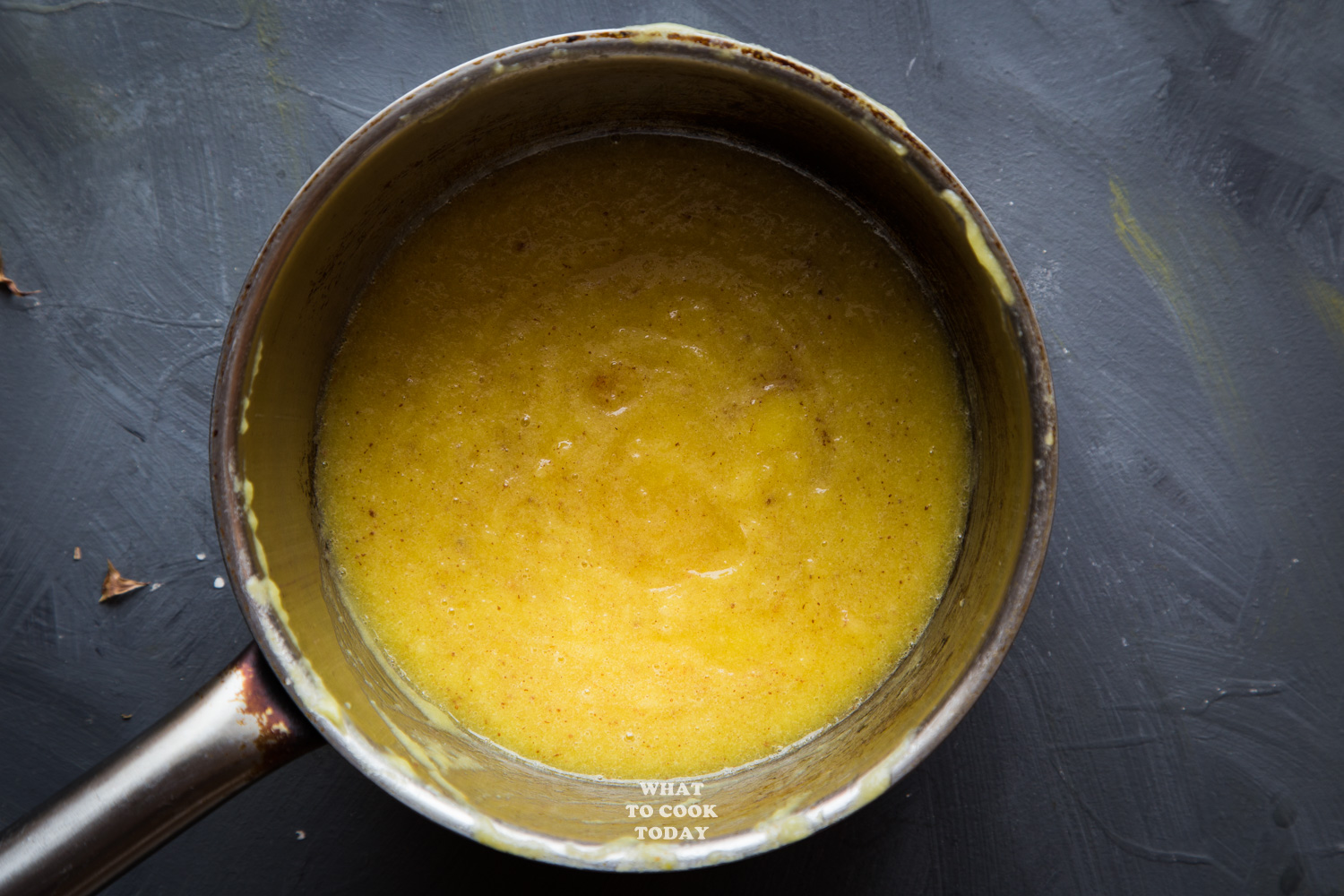 The thickness of the pineapple jam is necessary when you are going to use it to make Kue Nastar. The jam is usually rolled into a ball and then wrapped with the dough. 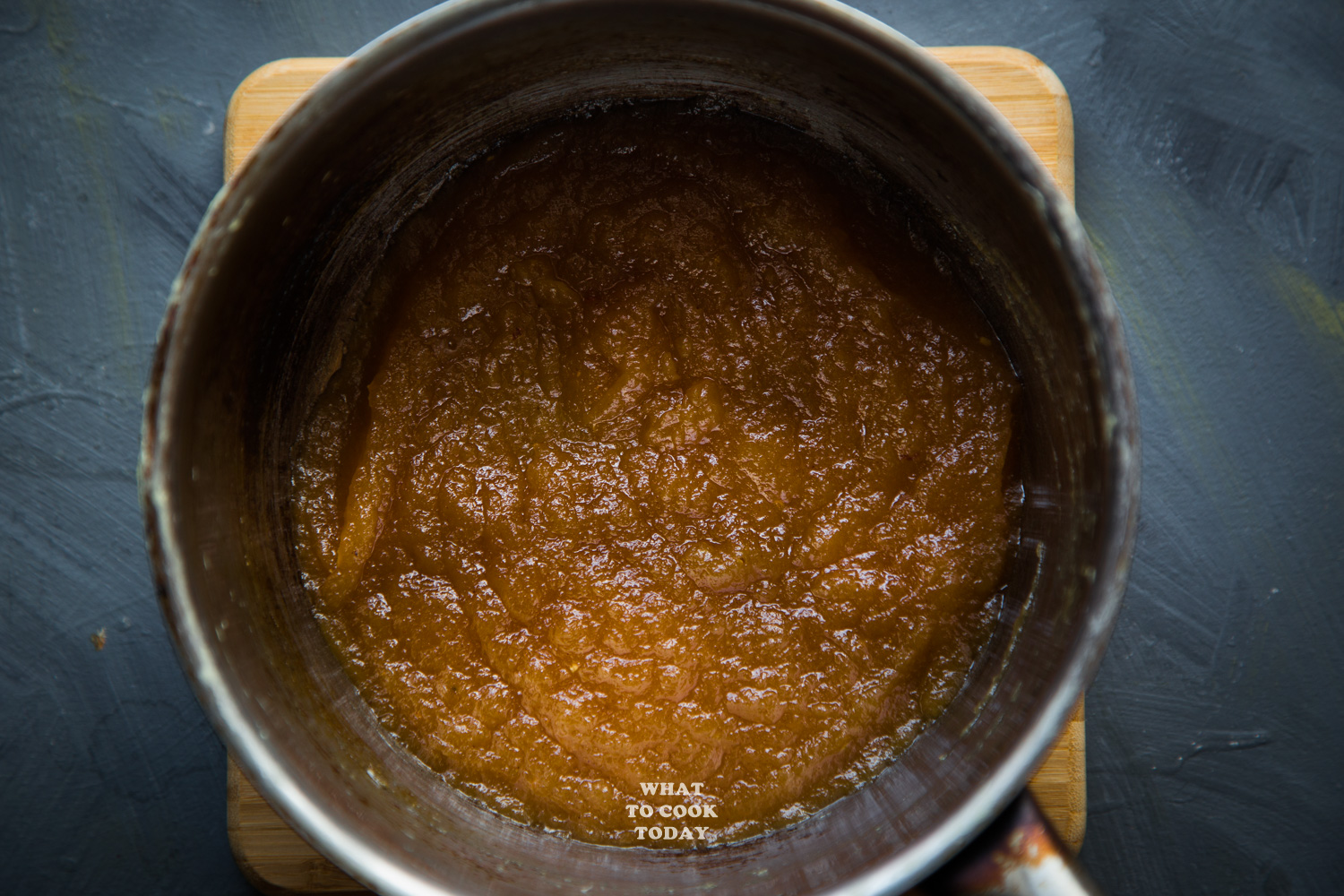 After 30 minutes of cooking 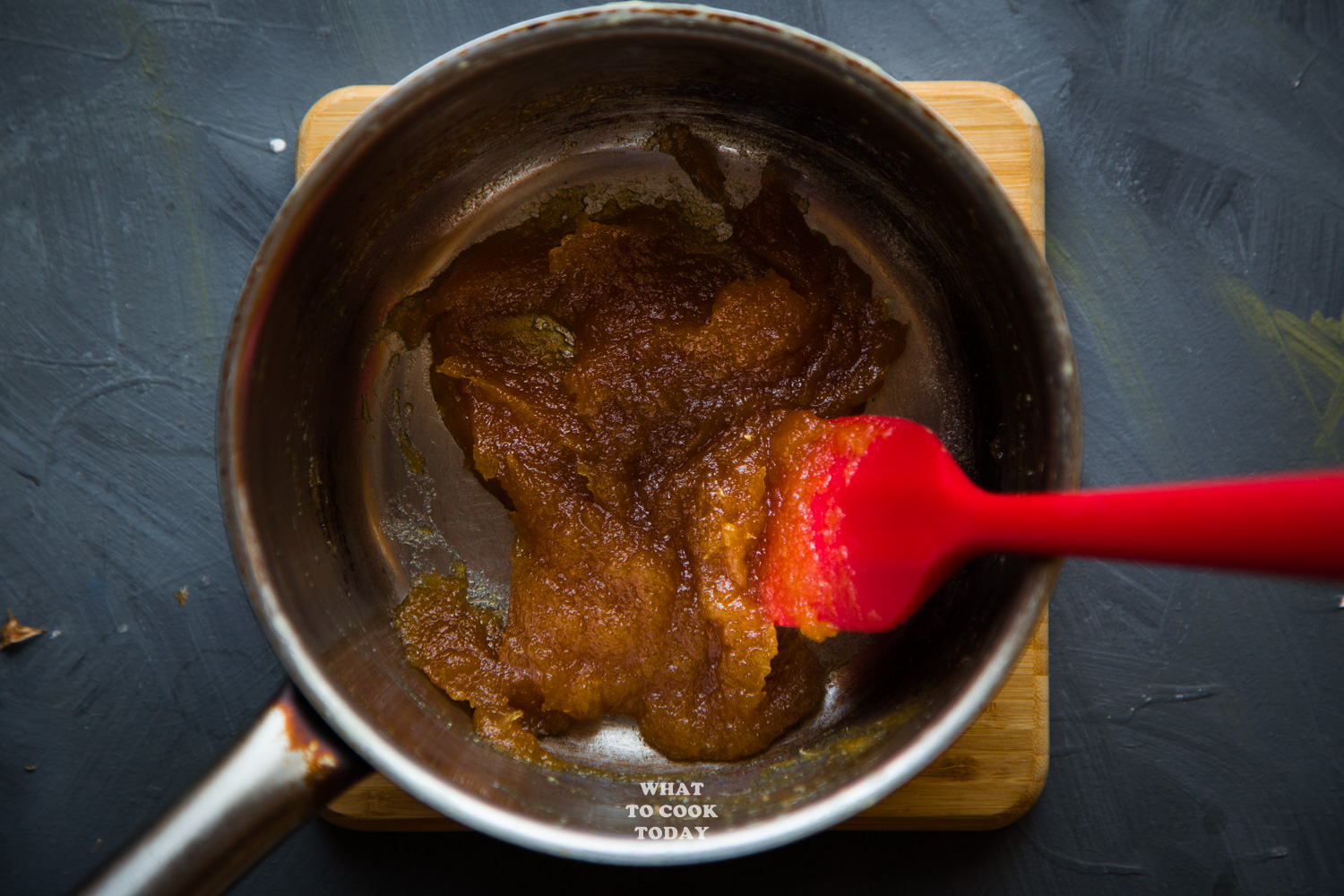 After almost 45 minutes of cooking 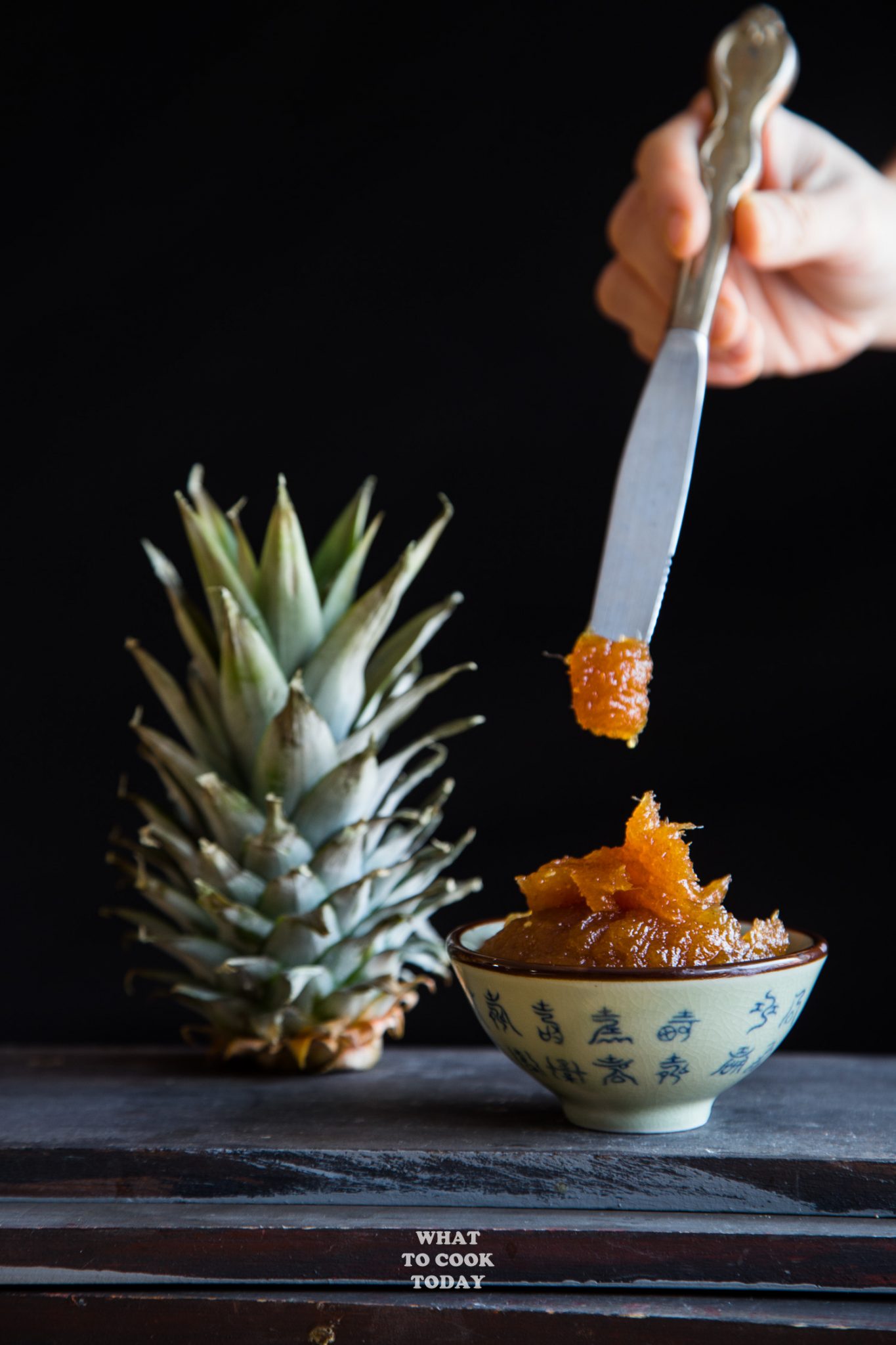 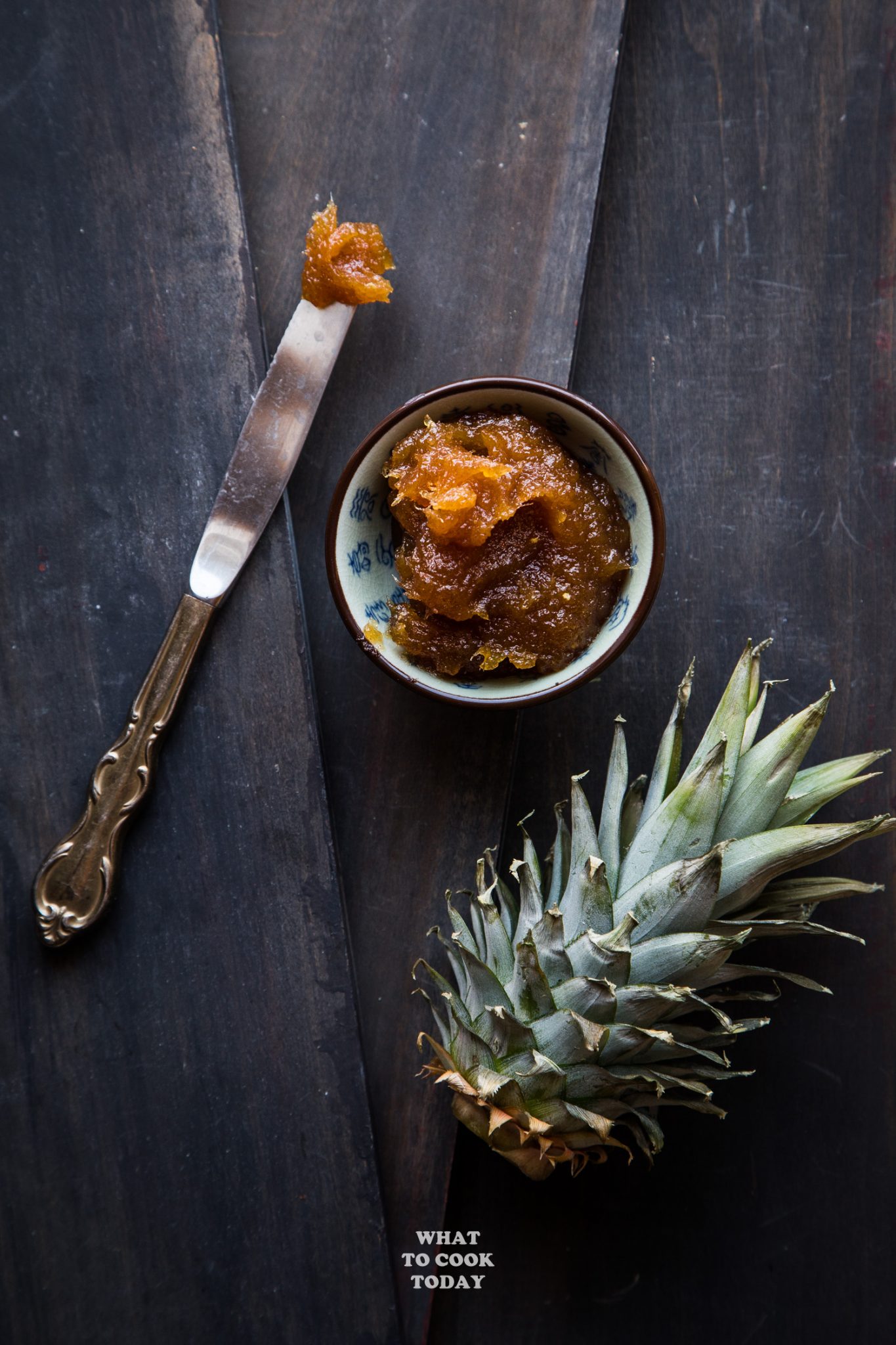 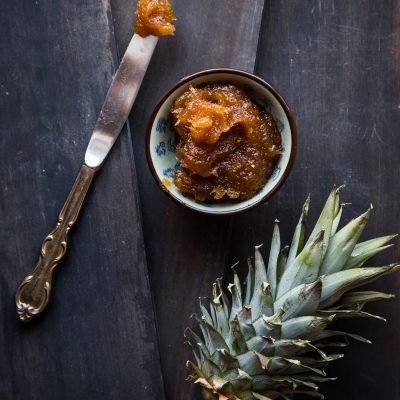 5 from 1 vote
150 grams
Prep: 10 minutes
Cook: 45 minutes
Total: 1 hour 10 minutes
Fresh pineapple is cooked and reduced to a very thick consistency and usually used to fill up Chinese New Year Pineapple Tarts
**The recipe is written in Metric and sometimes I include U.S. Measurements**

If you make this pineapple jam to spread on toast, you can reduce its consistency to be more spreadable by not cooking it for so long.
Tried this recipe? I would love to see it!Tag @WhatToCookToday and hashtag #WhatToCookToday

Check out this melt-in-the-mouth Kue Nastar (Pineapple Tarts) recipe and video tutorial. It’s a must for Chinese New Year.

Seems easy enough! Now I won’t feel as intimidated:) I have heard a lot about the traditional pineapple tarts served around Chinese New Year and that you pretty much cannot celebrate without them. But as you point out, this jam can have multiple creative applications, I can see it pair well with certain cheeses and IPAs (lol), as well as be used as ingredient to various sauces for chicken or pork. Or like a glaze for grilled meat. Thank you for sharing how to make it!

I know you are going to work that IPAs wonder into anything 😉 and you are good at that!