Spaghetti fritters (Frittelle di spaghetti). The fritters are soft in the middle and crunchy on the edge. This is like eating spaghetti in a different way I knew. So delicious! 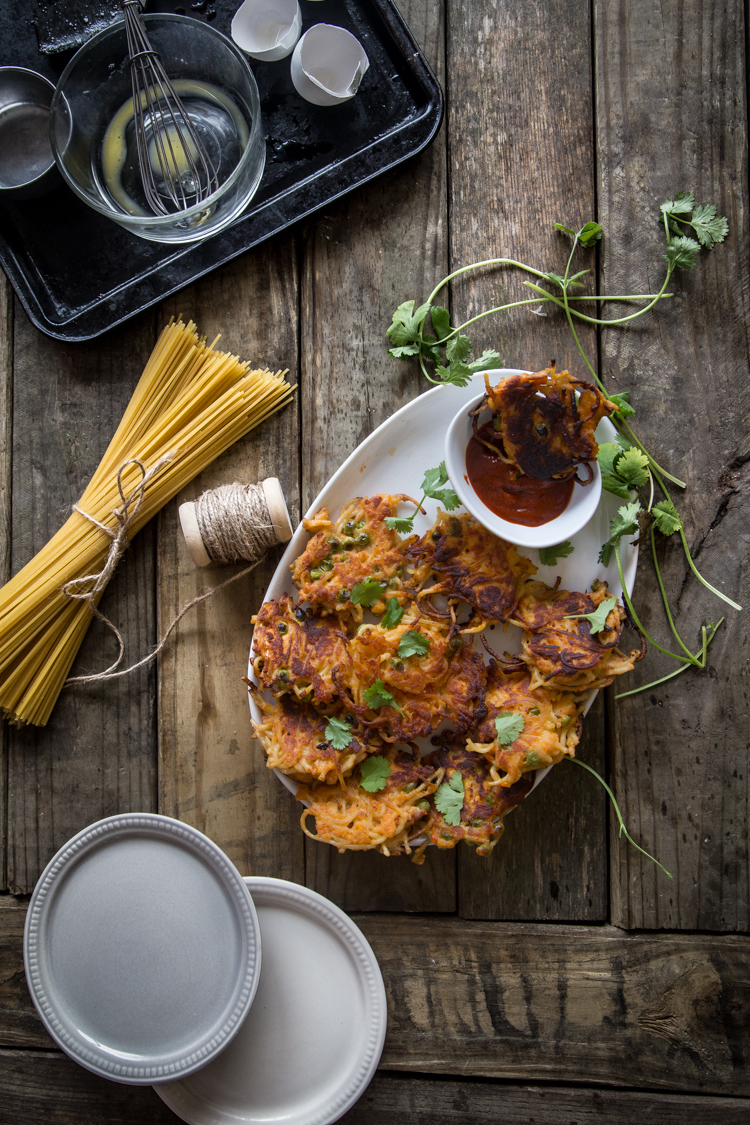 I had never seen or heard of fried spaghetti dishes before until I saw it on Jamie’s Italy cookbook. It’s basically a pan-fried pasta dish that I’ve NO regrets trying out. In fact I make these spaghetti fritters so often because they have become our favorite. Sometimes, I cook some extra spaghetti when I make other spaghetti dishes so that I can make these fritters. 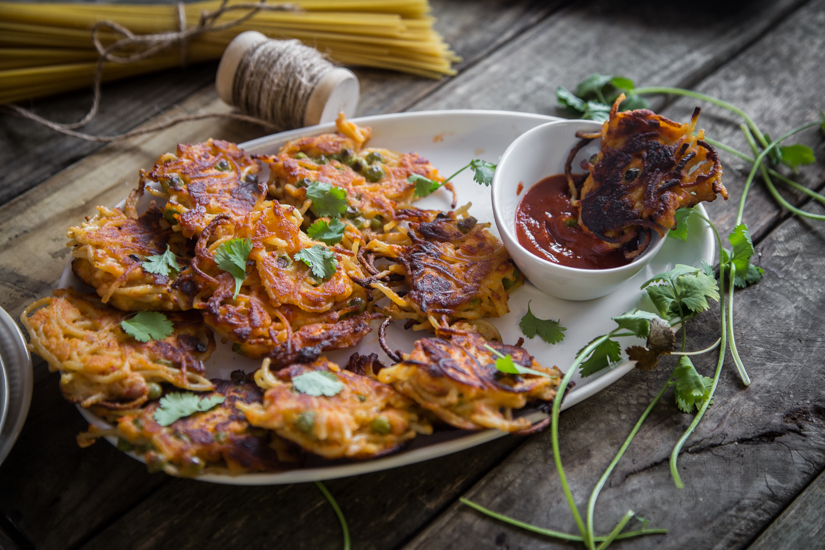 In this recipe, Jamie Oliver included his favorite ingredients such as chili and Italian key ingredients like Parsley and Parmesan cheese. This dish can be altered to suit what you like, you can vary the flavor in different ways, by adding chopped-up tomatoes, olives, anchovies, bacon/pork belly etc. The fritters should be soft in the middle and crunchy on the outside. This is like eating spaghetti in a different way I knew. So very delicious! This is aslo one of my most popular recipes on the blog !! 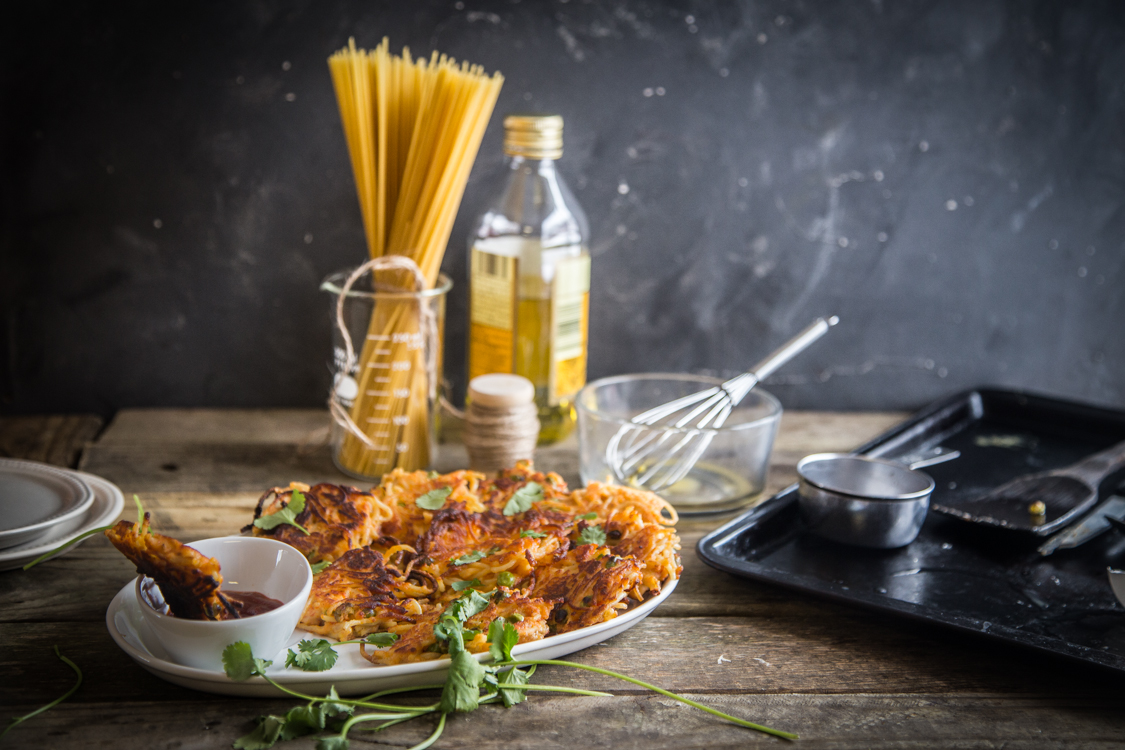 These were actually made of leftover spaghetti that we had, which had marinara sauce, peas, and anchovies in it already. So I just added parmesan cheese and eggs. 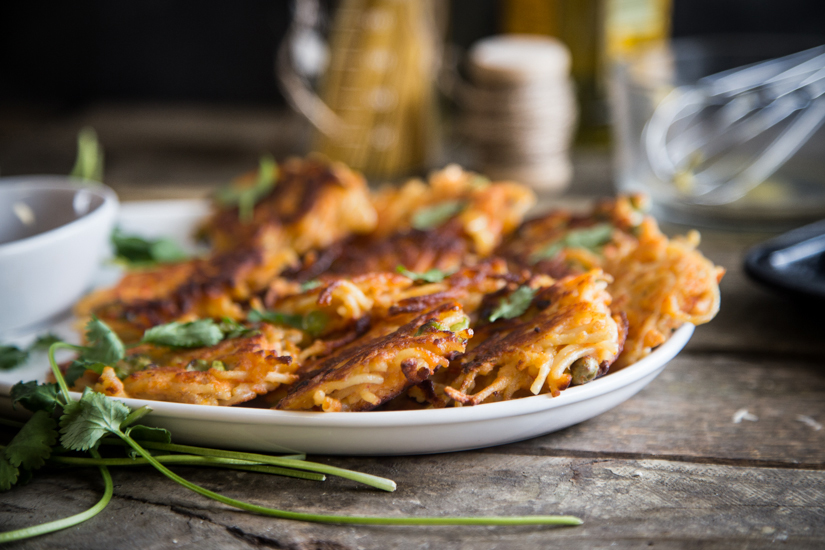 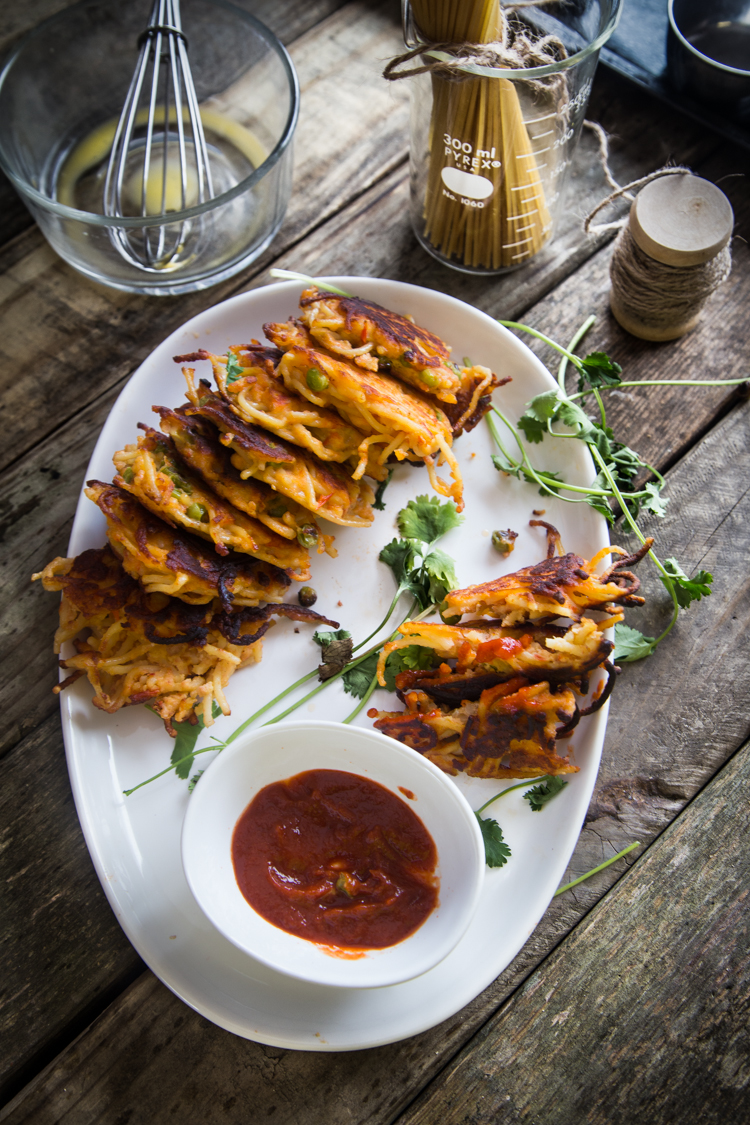 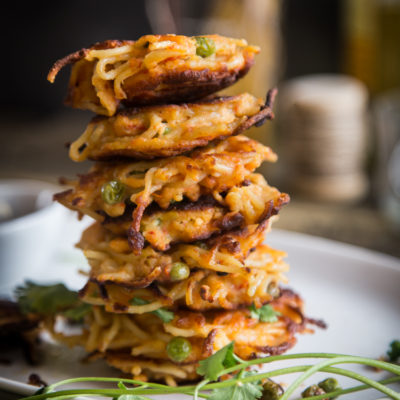 5 from 1 vote
8 -10 fritters
Prep: 10 minutes
Cook: 20 minutes
Total: 30 minutes
These Spaghetti Fritters are made of left-over spaghetti. The fritters are soft in the middle and crunchy on the edge. This is like eating spaghetti in a different way I knew. So very delicious!