Ayam Bakar Sambal Andaliman (How to Prepare in 4 Simple Steps) 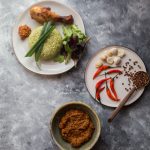 Learn how to make Ayam Bakar Sambal Andaliman in 4 simple steps and tips to ensure you can replicate the recipe at home successfully. 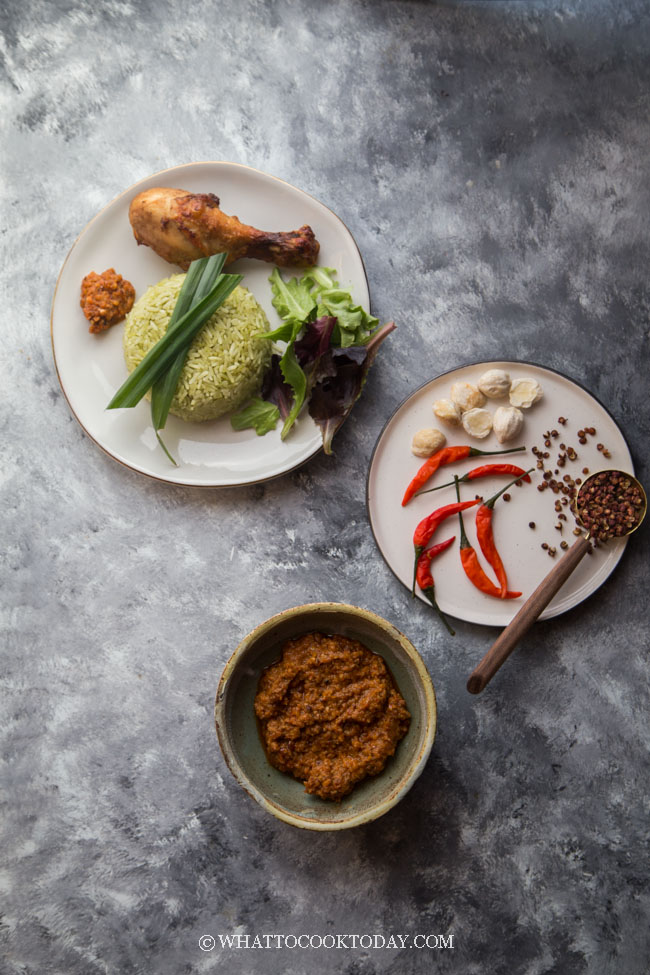 I can tell you that there are many Indonesian foods that I’ve never even tasted myself despite the fact that I was born and raised there for the first 17 years of my life. Different cities, different ethnic groups, different islands have cultures and traditional recipes of their own. Sambal andaliman is originated from the Batak ethnic group who lives in the city of North Tapanuli in North Sumatra, which is not too far from the city I grew up in, Medan.

Andaliman is very similar to the popular Sichuan peppercorns we know these days, though of different species according to wikipedia. It has that same numbing property but with more lemony tone similar to lemongrass.

I used dried Sichuan peppercorns to substitute for andaliman in this recipe because andaliman is not available here in Minnesota, not that I know of!

WHAT TO SERVE SAMBAL ANDALIMAN WITH

Traditionally, the Batak people serve sambal andaliman with their roast pork. I can eat sambal andaliman with pretty much anything 🙂 I love it with fish, chicken, beef or even with my salad.
Shown here in the photo, I served the rice with nasi pandan wangi. You can serve it with just plain cooked white rice/brown rice. It’s up to you.

STEP 1 – MAKE SAMBAL ANDALIMAN
Sambal andaliman is usually made with fresh andaliman in Indonesia. The fresh andaliman is green in color. There is also the dried version, which is dark brown in color like dried Sichuan peppercorns. Either one will work for this recipe. As I mentioned before, I substituted andaliman with dried Sichuan peppercorns.
1. ROAST THE PEPPERCORNS FIRST
Roasting the peppercorns REALLy deepen the aroma further. I know it’s an extra step, but it’s so worth it though!
2. GRIND THE INGREDIENTS
After roasting the peppercorns, grind them along with other ingredients to form a coarse paste. You can grind it fine too, but the coarse paste makes the sambal looks more rustic. 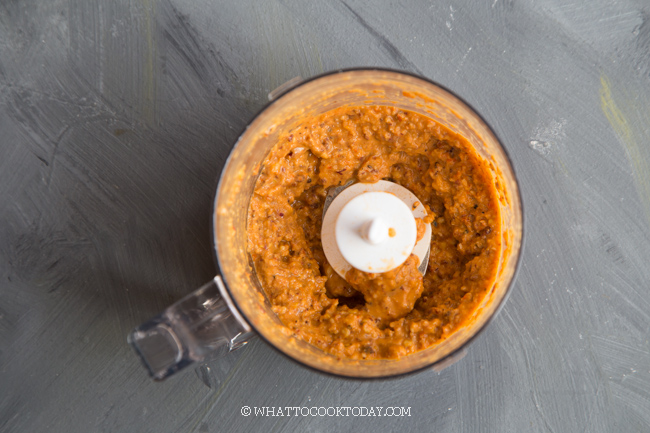 3. STIR FRY
The paste is then stir fry with cooking oil until aromatic. 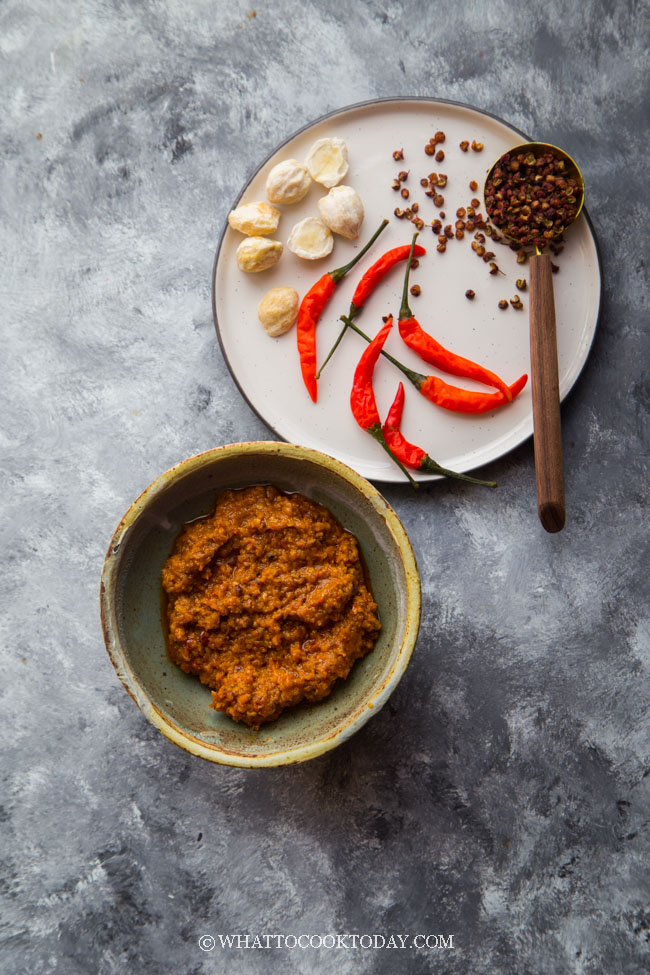 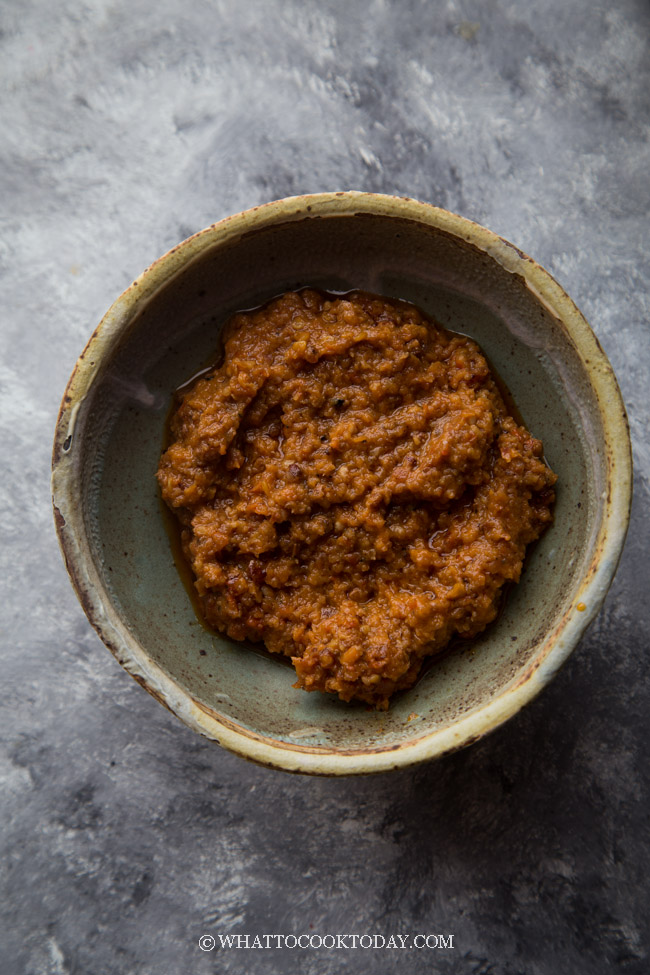 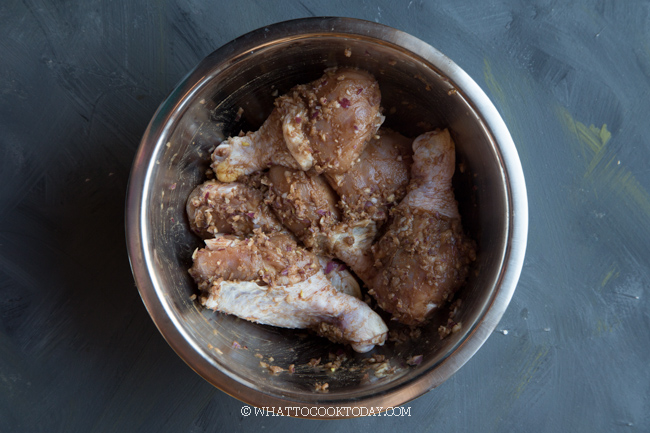 STEP 3- PRESSURE COOK THE CHICKEN
Most traditional Indonesian recipes will ask you to boil the chicken first and then broil or fry or grill. I like to pressure cook it because I feel like boiling the chicken will make the chicken lose much of its taste. All the good stuff goes to the liquid, which we don’t use in this recipe! You see what I mean?
So pressure cook the chicken will help to keep that good taste and convenient too. Only 15 minutes of pressure cooking. 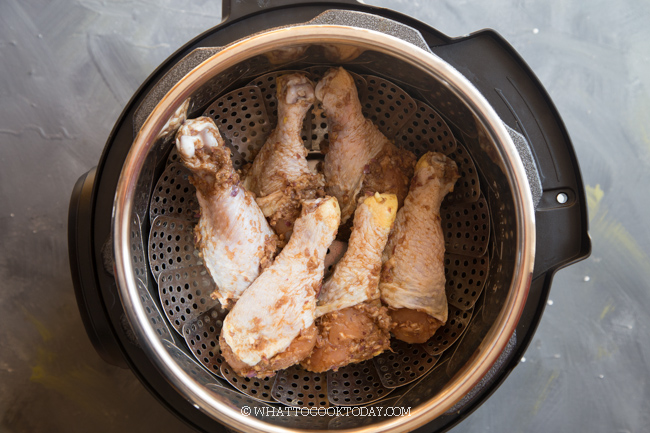 STEP 4- BROIL THE CHICKEN
I chose to broil the chicken. You can grill them too, or even stop at pressure cooking. For non-spicy version, brush the chicken with a bit of cooking oil and then broil until golden brown and serve with sambal on the side. For spicy version, brush the chicken with some of the sambal andaliman and then broil until nicely golden brown and serve with sambal andaliman on the side. 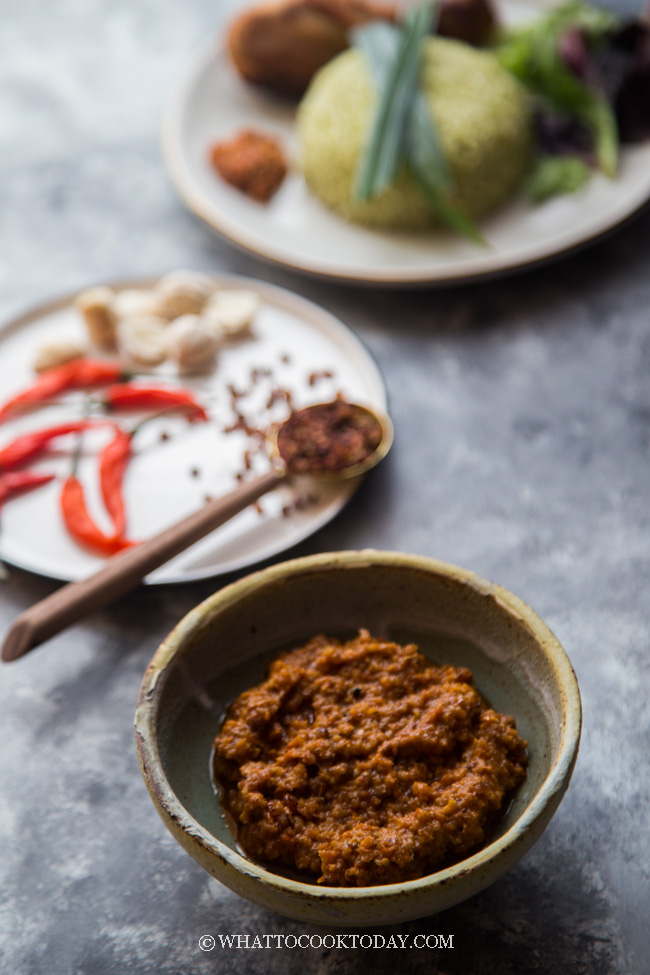 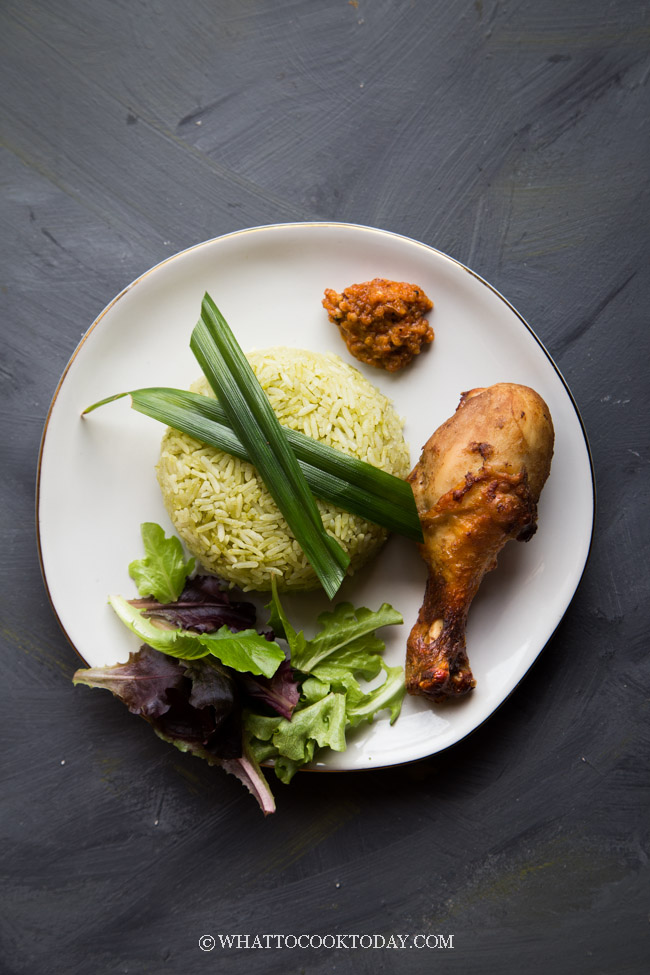 It’s not that hard, isn’t it? You can make the sambal andaliman in a big batch and freeze them in smaller portion too. They can be kept in the refrigerator for up to one week, but can be kept for months in the freezer.

Ayam Bakar Sambal Andaliman (How to Prepare in 4 simple steps)

Absolutely continue to be fascinated by the recipes you bring to the table. The spices in this marinade are very tempting and I can totally see why you wouldn’t want to boil the chicken first and loose all the goodness. Love how Asian recipes always take care to crate the best texture possible like here for the chicken meat to be fully cooked and tender and then nicely broiled. Wow – the heat might be more than I can handle with the broil- already-smothered-chicken pieces method, I will have to go with the non-spicy version:) I can use 5 Thai chiles for a whole month, lol, even longer.