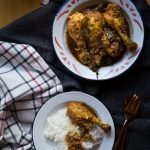 Make this delicious Padang-style rendang ayam using Instant Pot pressure cooker or on the stove. If you like classic Indonesian beef rendang (rendang sapi), you will absolutely love this rendang ayam too. 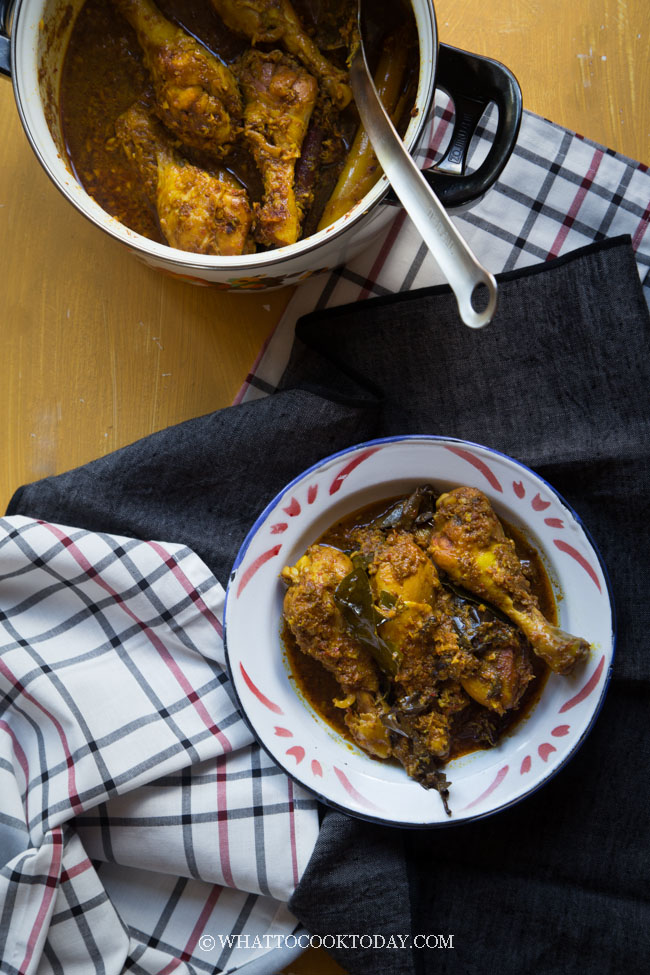 Almost everybody knows about Indonesian famous beef rendang , which is slowly cooked (unless you used pressure cooker like I did) in spices until the meat can be shredded. Ayam rendang is not cooked as long compared to beef rendang, but it has that same amazing spices concoction and richness. Oh…the sauce alone is amazing. 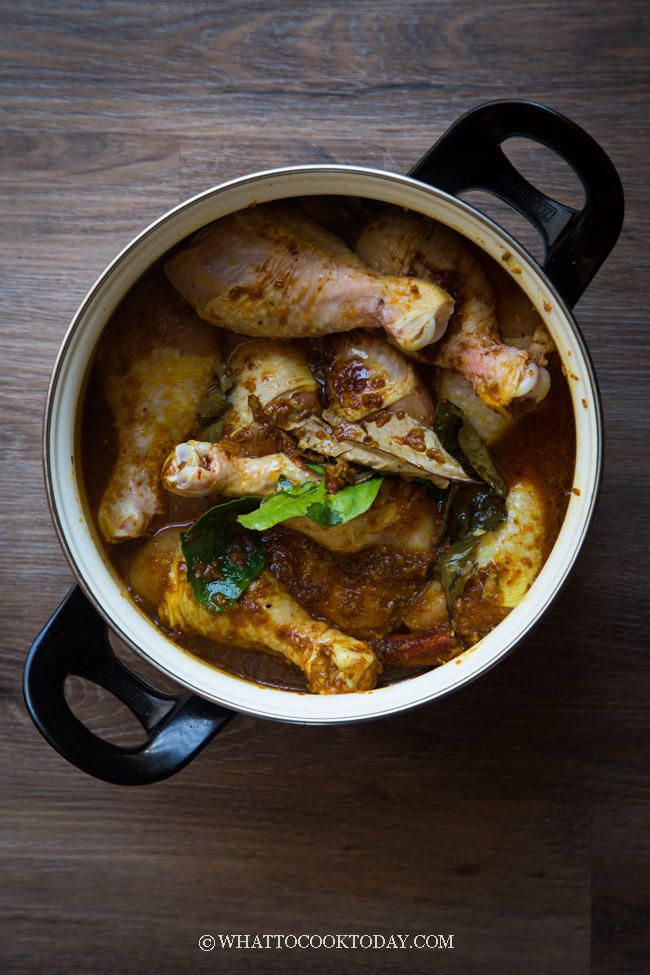 Ayam kalio getting ready to be cooked further

Anything rendang is simply so tasty because of the contribution of all the spices and herbs used in the recipe. Most of the ingredients can be found in major grocery stores. Kaffir lime leaves are only available in Asian store and the leaves contribute significant aroma to the dish that I would not omit if you ask me, but if you have never tasted rendang before, I guess you won’t really “know” 🙂 I used lots of powdered spices because they are convenient and widely available these days. 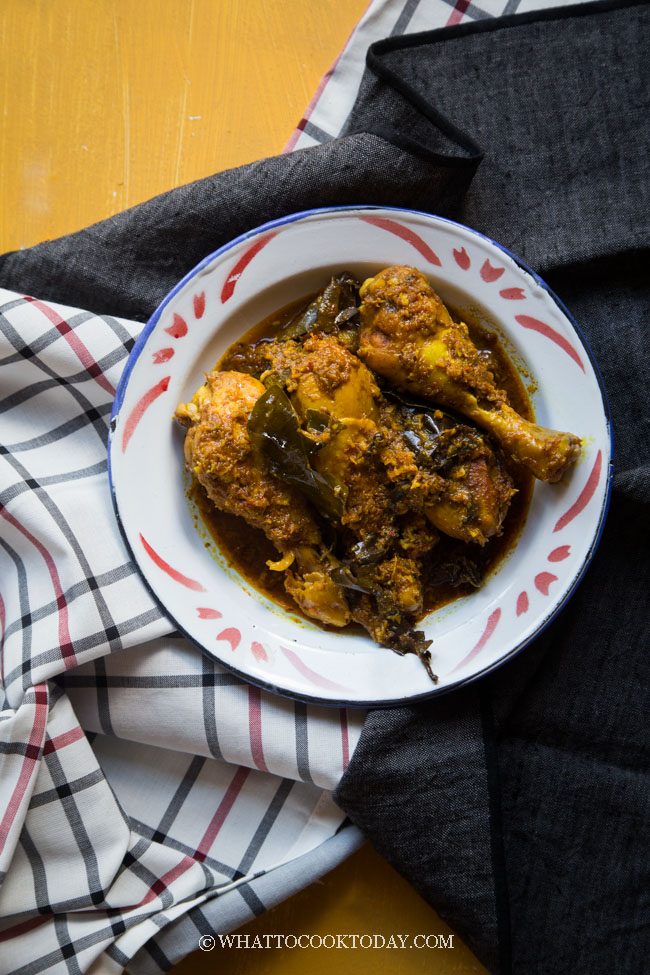 I did not use coconut milk in this ayam kalio recipe. It’s really up to you if you want to or not. Traditionally, coconut milk is added so the color of the finished dish will also look more like bright orange or yellowish. 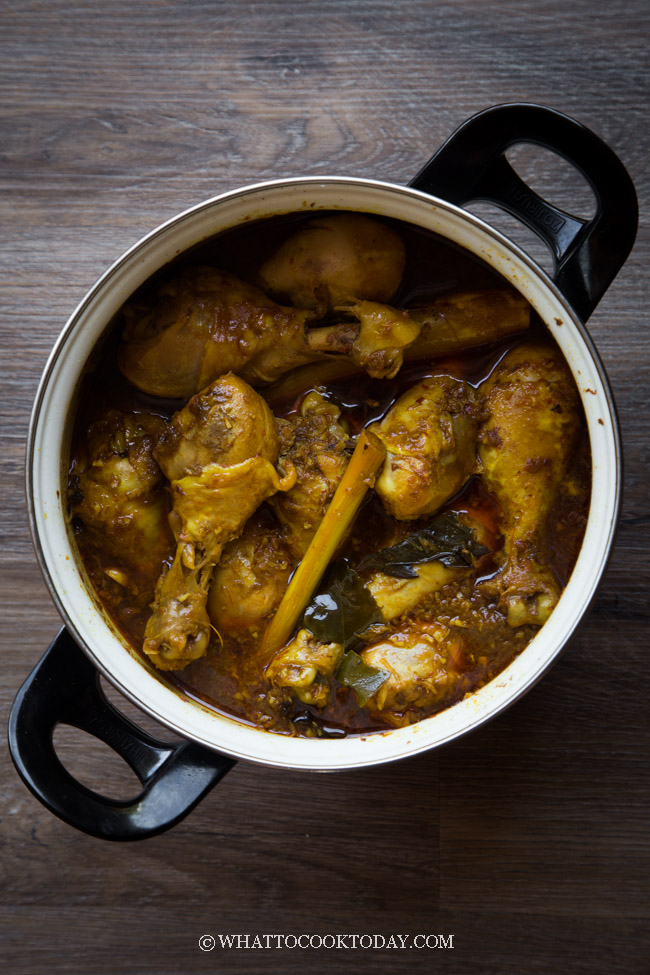 The process of making kalio is similar to rendang, only that kalio takes shorter time to cook because the coconut milk is not cooked until it evaporates completely and left with coconut oil in rendang. Kalio is only cooked until the chicken is cooked through and the coconut milk is slightly reduced so you still end up with a more soupy version of rendang. I don’t reduce my liquid as much, so mine is sort of in between kalio and dry rendang consistency 🙂 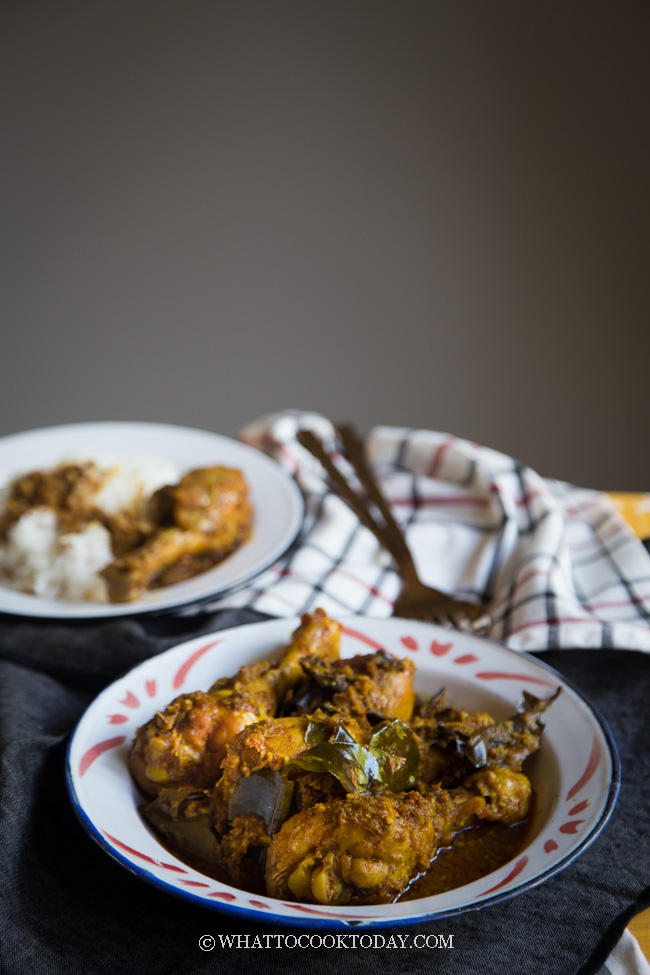 HOW TO STORE LEFTOVER RENDANG AYAM

The flavor is even better the next day. Leftover can be kept in the refrigerator for up to 3-4 days. They can simply be reheated on the stove-top.
You can also portion this out and freeze the chicken along with the sauce. Just to warn you though, the texture of the meat might not be as moist the longer you freeze them. Tried to consume within a month. Let it thaw in the refrigerator before reheat. 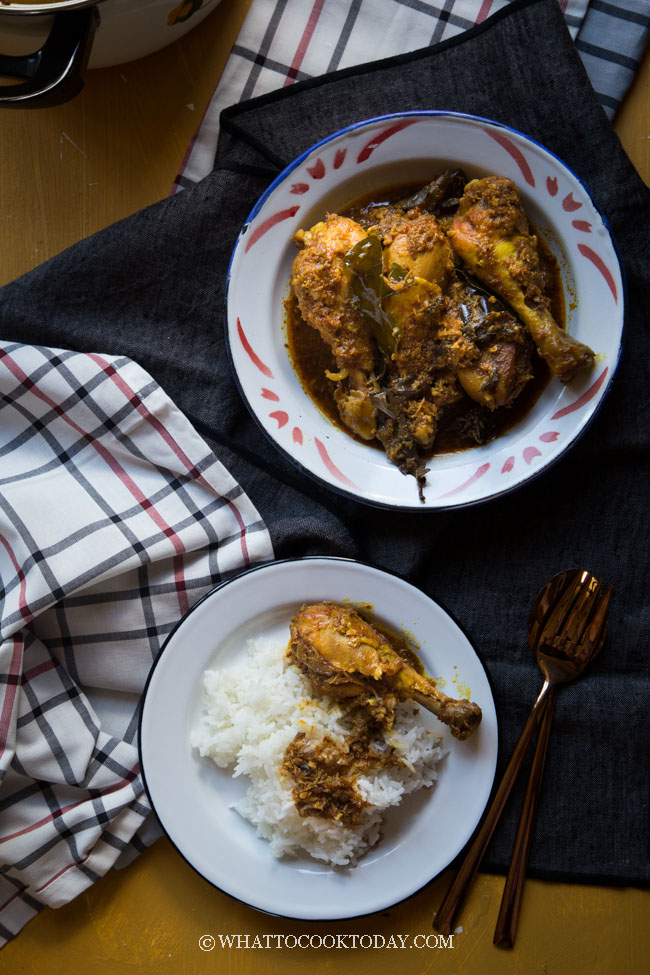 Aromatics (process into a coarse paste):

Thanks for sharing, I cooked for my colleagues today and they loved it.

I’m so glad to hear that they loved it 🙂 Thank you for letting me know. Just made my day!

Hey – could i do this one in my instant pot too? How long would you cook the chicken and at what sort of pressure?

Hi Dennis, I have updated the recipe to include instruction for instant pot. In summary, you pressure cook the chicken for 20 minutes (assuming you are using not frozen bone-in drumsticks or chicken thighs) at high pressure and release pressure fully after that. Hope that helps. Let me know if you need more clarification. Thank you for stopping by!

How To Make Marbled Deviled Tea Eggs (in 5 Simple Steps)