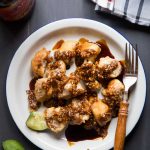 Learn how to make these popular Indonesian fried dumplings made with fish or meat paste stuffed inside tofu and wonton skin and served with peanut sauce. 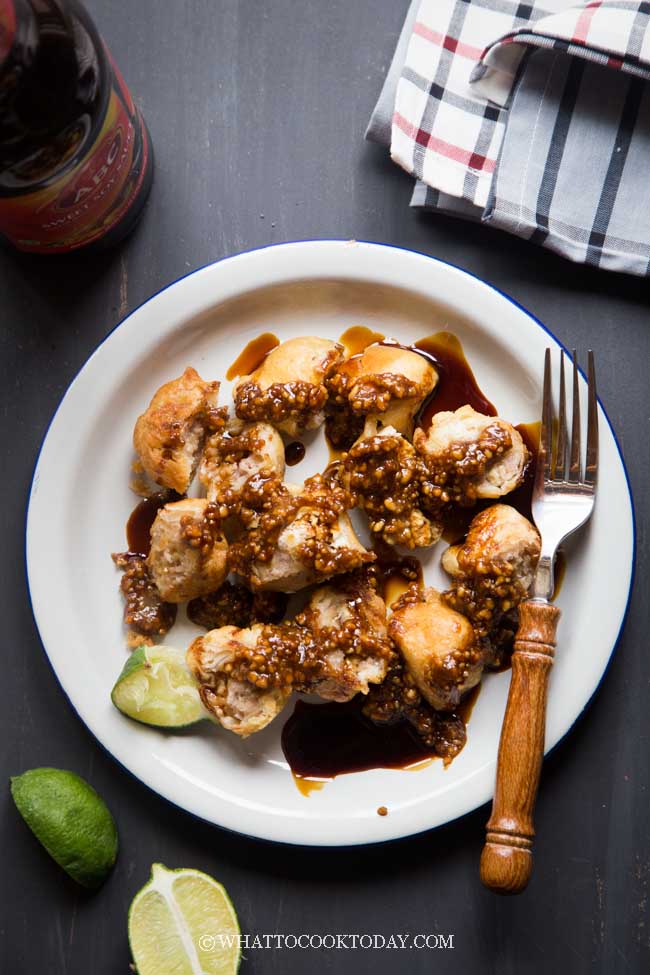 Many of the words in Indonesia are being abbreviated, for example batagor is not a “real” word on its own. It is an abbreviation from Ba for Bakso (meatballs), Ta for Tahu (tofu), Gor for goreng (deep-fried). Batagor is a popular street food in the city of Bandung in West Java. But batagor can be easily found across Indonesia these days. My first exposure to batagor was in fact in Jakarta. Batagor is said to be an adaptation of the Chinese Indonesian Siu Mai. Tofu and wonton skins are usually stuffed with fish or meat paste and then steamed and coat with batter and deep-fried and then drenched in peanut sauce, drizzle of kecap manis, and spicy sambal sauce sometimes. 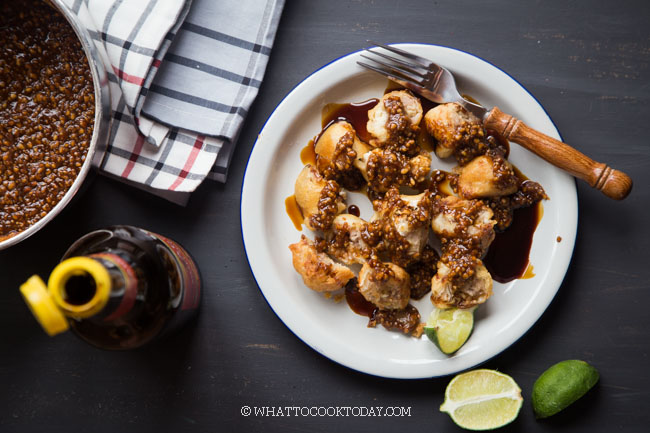 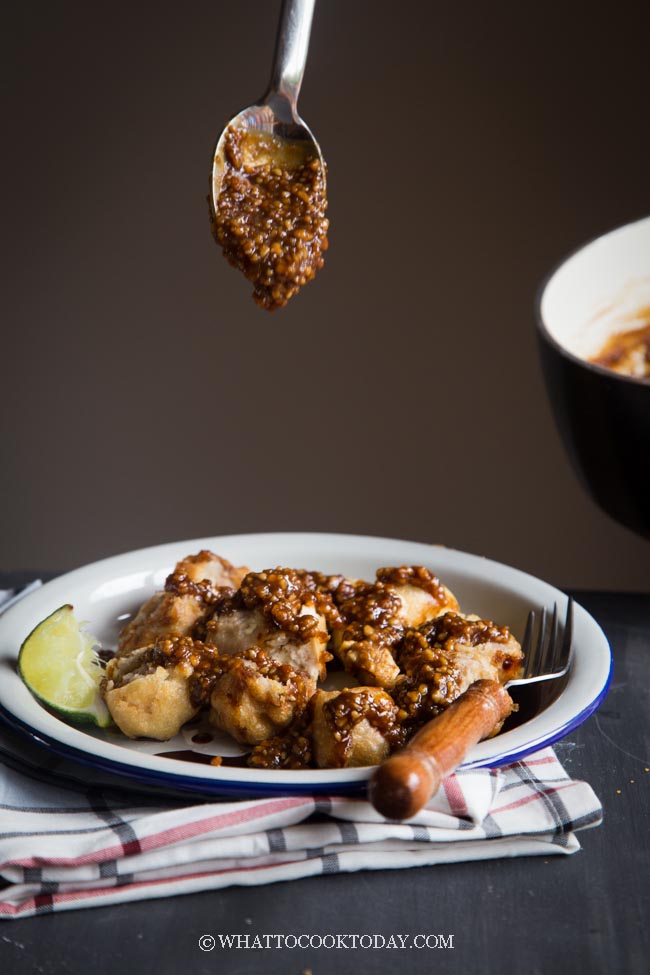 1. Ground the peanuts with garlic 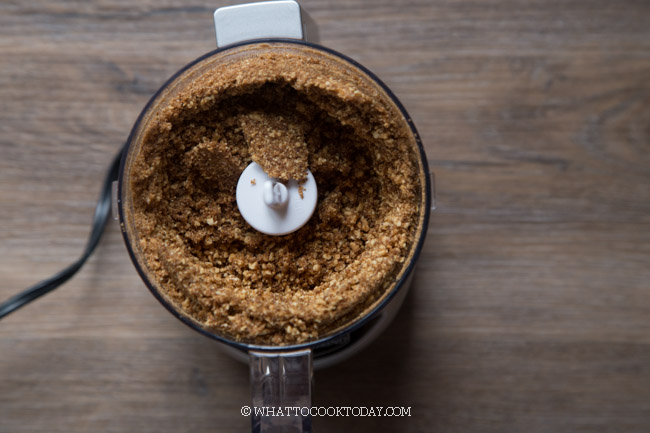 2. Transfer the ground peanuts into a saucepan along with the rest of the ingredients for the peanut sauce and let it cook until thicken slightly 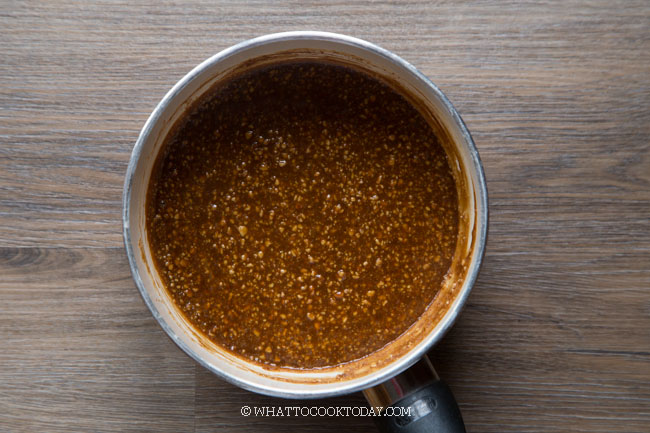 3. Cut the tofu and scoop out the middle 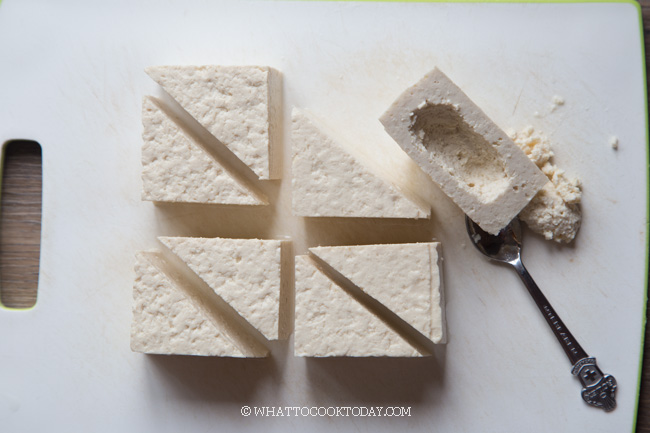 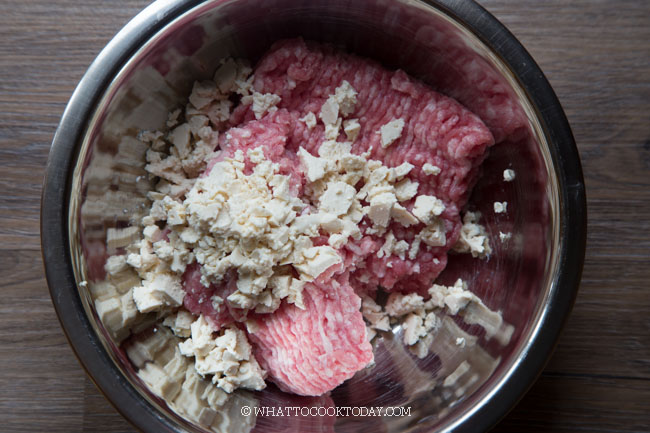 5. Stuff the tofu and wonton skin with meat/fish paste 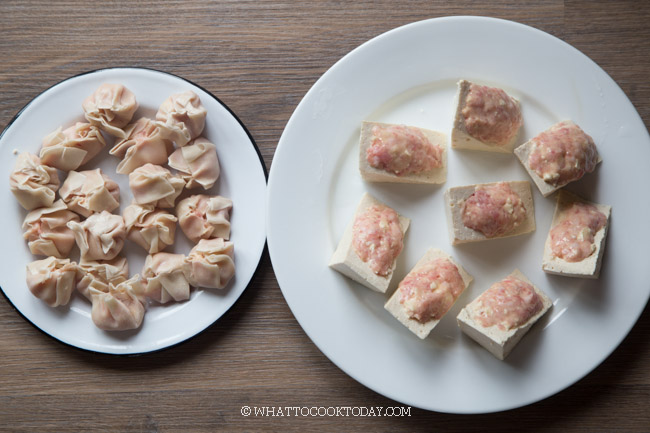 6. Steam the tofu and siomay in the steamer for 20 minutes or until cooked through 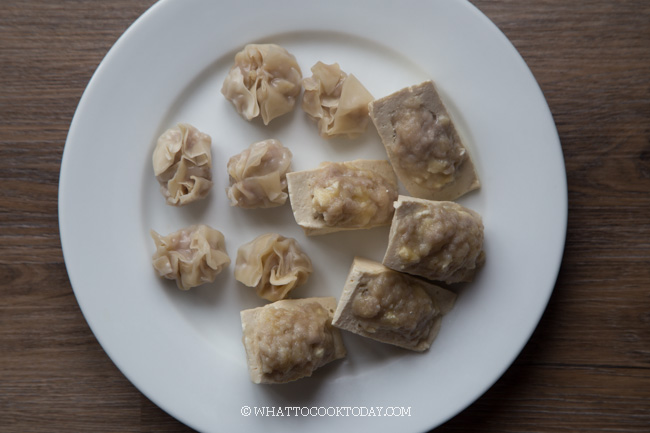 7. Let them cool down for at least 15 minutes and then coat in batter and fry until golden brown and crispy 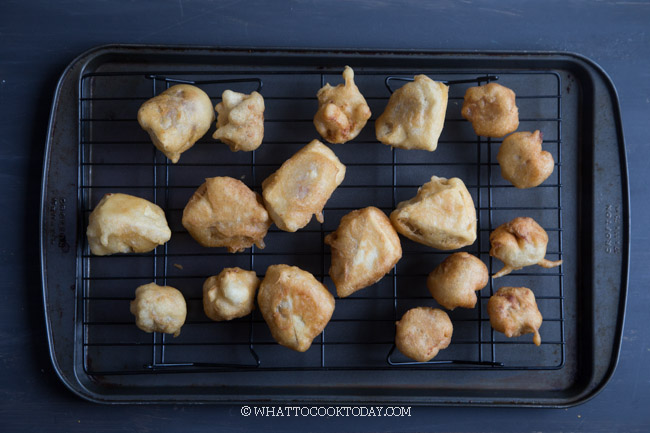 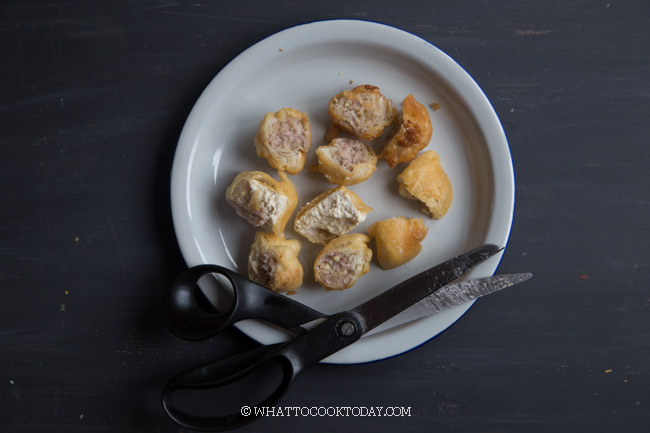 11. Serve with peanut sauce, lime juice, kecap manis and sambal if you want it spicy

Traditionally, the batagor is steamed and then coat in batter and fried until crispy. If you don’t want any deep-frying, definitely you can just steam the batagor and then serve with the peanut sauce, lime juice, kecap manis, and sambal.

I use my Crispy Batter that Stays Crispy recipe to fry the batagor. 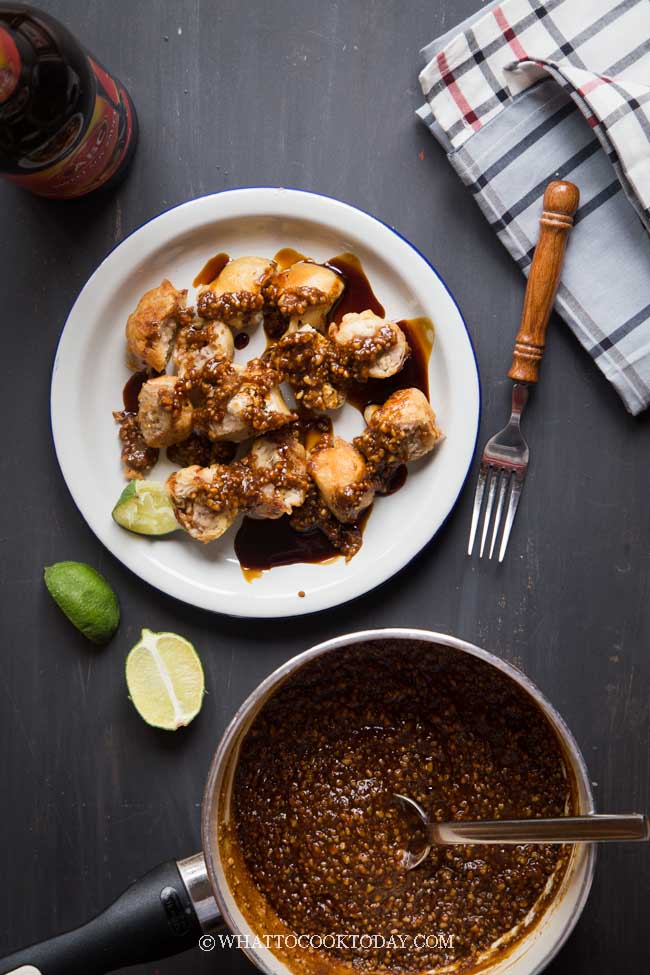 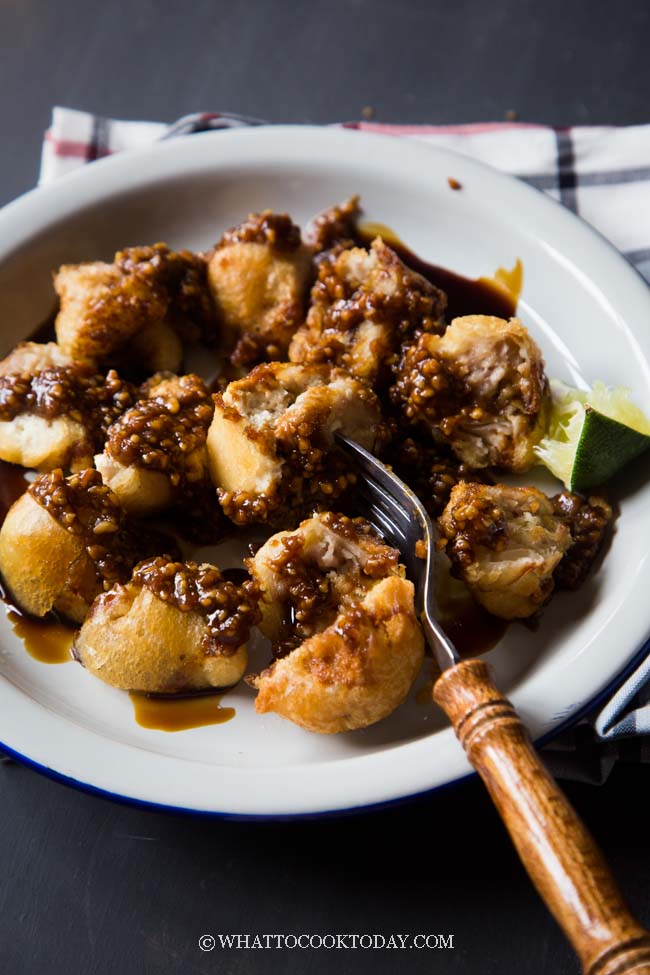 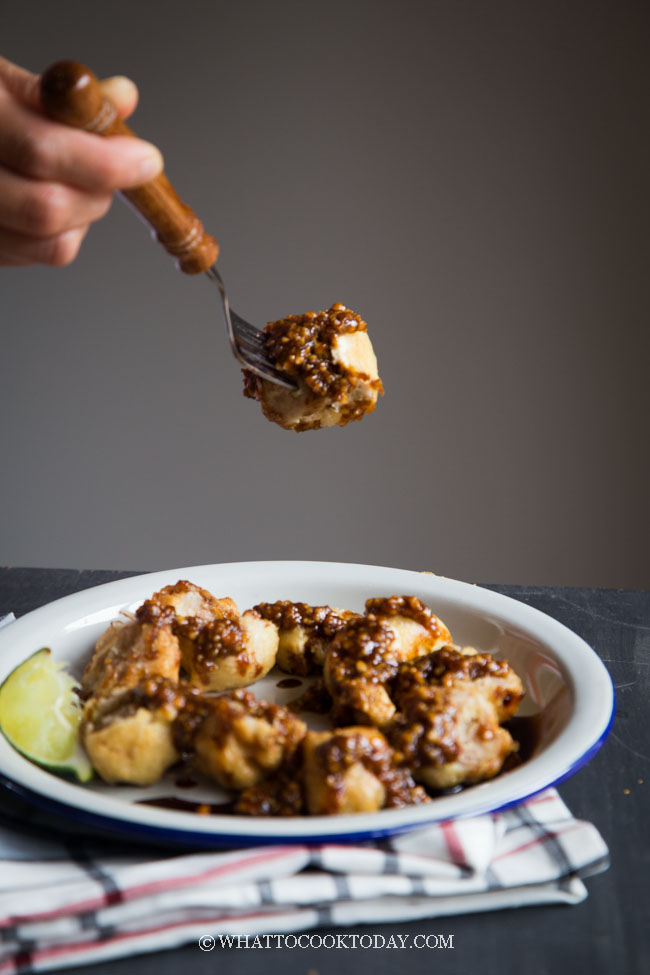 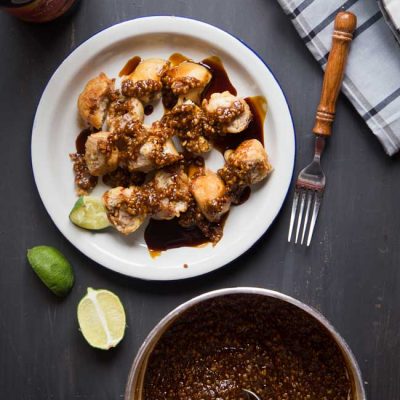 Adjust the taste of the meat/fish paste:

Stuff the tofu and wonton skins:

Just tried this today. It is really good. I love your crispy batter too!

I’m so glad I came across your website! I tried this recipe a couple of days ago after craving batagor for over a month (the only Indo restaurant I know that sells batagor is way across town, not good in times of covid), and it was so so delicious. I don’t want to eat them all in one sitting so I’m storing some of it in the freezer. I can’t believe how crunchy it was too thanks to the batter, which will now be my go-to batter for deep-frying! I’m definitely saving some of your recipes too to cure a bit of my homesickness.

Hi Malinda, so glad you like the Batagaor. I’ve been craving it too lately. I think it’s my turn to make them again 🙂 Great idea to freeze them too, you can have them whenever you want 🙂

Hi there. Good to see a familiar dish – as a kid I grew up in Bandung and Jakarta. FYI in Bandung the batagor are never coated in flour after steaming, they’re deep fried straight after steaming. The version in your recipe is the Jakarta version, called “gorengan”. There are something like that in Bandung, with the stuffings include beansprouts, can’t remember what’s the name.

Oops you did it again:) The peanut sauce alone is worthy of the utmost admiration – I tell you this is coming to my house asap! But the batagor bites are simply incredible. I can only imagine the flavors (but not for long, because I WILL be making them). Love that you can make your own fish/meat paste and stuff tofu with it. Very impressive to me:) And also love that you stuff the wontons, and then you steam and then you batter and fry! All the layers of flavor and texture…Incredible, I am in love!

I am drooling over this recipe. I’ve never had this before but the flavors sound amazing. And ti looks pretty easy to make. Can’t wait to try it!