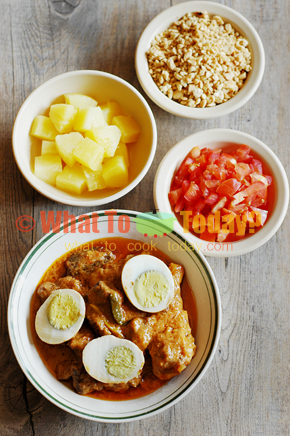 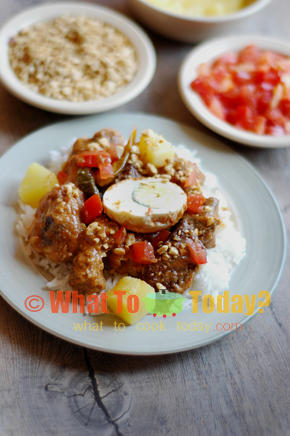 When I first saw this groundnut chop as one of the title of recipes in the South of Sahara cookbook, I was really intrigued to try it and I did. Groundnut is a common description used by African to describe peanut. The groundnut chop dish has a peanut-based sauce, and the word “chop” itself is just a common term used by African to describe meal. So, there you go, groundnut chop. Groundnut chop can be served as light meal at home or if you plan a party, the fun part about having groundnut chop is the toppings that goes with the chop. You can have as few as three three toppings (which was our case), or you can go for as many as 10 toppings and become a buffet-style meal for family get-together or casual party.

Of course having said that, the meal is not just about peanut. There are many varieties of “chop” our there and this groundnut chop is just one of them. This groundnut chop recipe uses combination of two meats, chicken and beef. Preparation-wise is still very simple. Ingredients used are also predictable like other West African dishes, such as tomatoes, tomato paste, ground crayfish, and onion.

The groundnut chop has a very creamy, nutty and rich taste. I used pineapples, diced tomatoes and roasted chopped peanuts as toppings, which I find kinda nice to balance the richness of the groundnut chop itself. We love this dish and don’t let the list of the suggestion for toppings scare you because you don’t have to do all the toppings, goes with as few or as many as you like. I would say minimum of three toppings are acceptable and they are not complicated to prepare too.

Serve the groundnut chop over rice and pile on the toppings and I believe you won’t be disappointed.

Toppings for groundnut chop (choose 2 or 3 toppings for a light meal, or as many as 10 for an elaborate buffet): 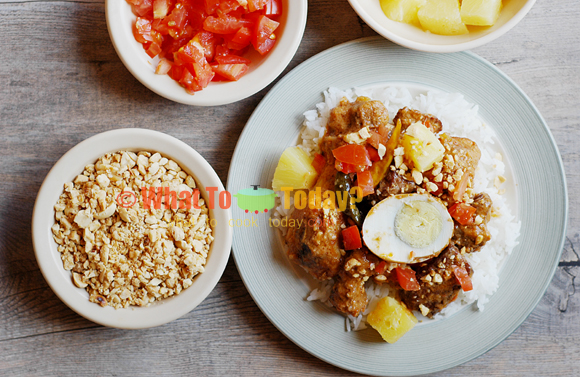 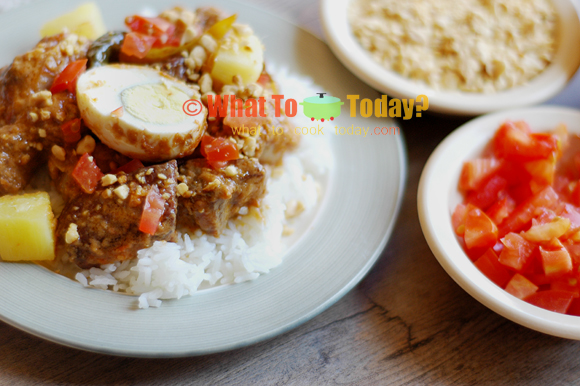