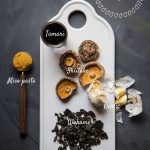 How To Make Vegan Fish Sauce – Learn how to easily make vegan, gluten-free version of fish sauce, a quintessential ingredient in the Southeast Asian kitchen. 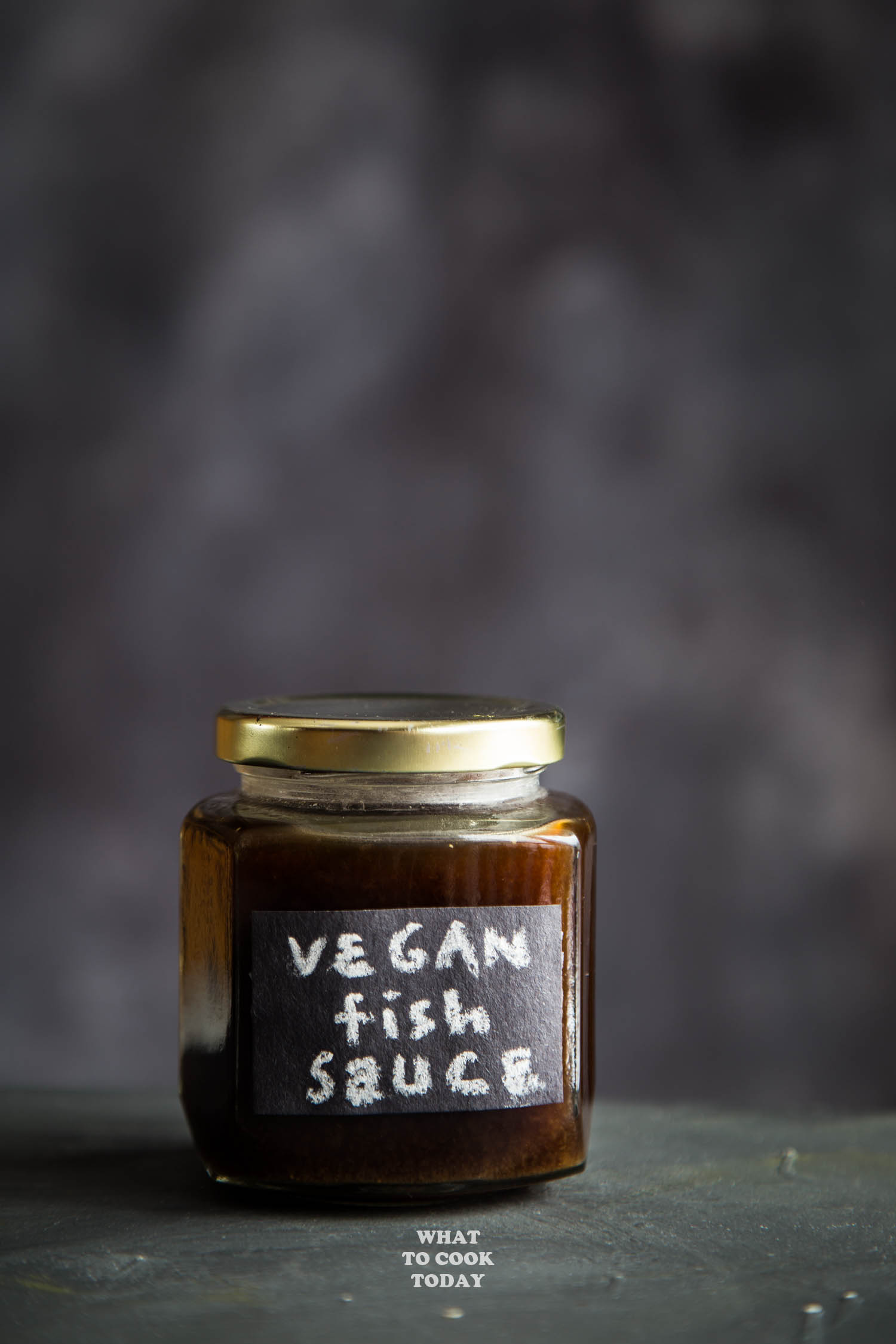 Many of the Southeast Asian recipes, especially in Thai, Vietnamese, Cambodian, Laos, and Burmese cuisine, use fish sauce as one of the ingredients. Not so much in Indonesian recipes (if at all), Malaysian, and Singaporean cuisine. The latter three countries use more of shrimp paste, which is also another umami boosting ingredient.
Back to the fish sauce people!!

WHAT IS FISH SAUCE?
Fish sauce sure has gained its popularity in recent years as Asian cuisine started to get more exposure, especially Southeast Asian cuisine. Fish sauce is made of fish that is salted and then fermented for months and sometimes years. It has a very intense aroma and taste. Extremely salty and it’s not meant to be consumed just like that of course! They are mainly used in cooking to add that extra boost of taste and umami flavor

WHAT IS VEGAN FISH SAUCE THEN?
Vegan fish sauce, in this case, is a “fishless” fish sauce 🙂 Vegan diet has also gained popularity in this modern years. It can be challenging to cook vegan-friendly Southeast Asian food without fish sauce that gives you that extra oompph! It gets its umami flavor from mushroom, wakame (dried seaweed), and soy sauce. The miso paste add hint of fermentation to mimic those of non-vegan fish sauce 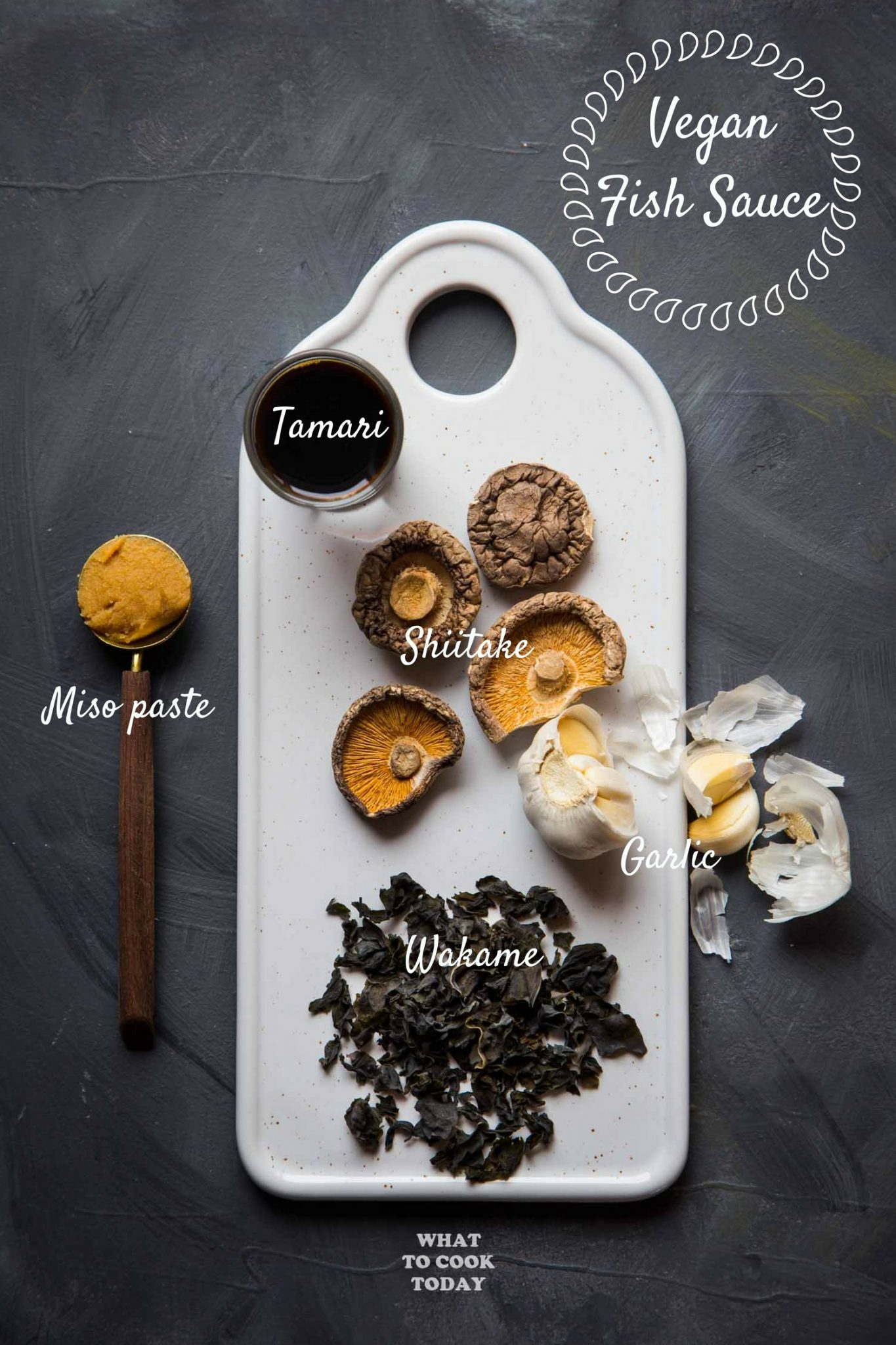 SPECIAL INGREDIENTS USED TO MAKE FISH SAUCE
1. Wakame (dried seaweed)
Wakame is edible seaweed which is widely used in Japan and also in another Asian country like China. Available widely in Asian grocery store and health food store. Wakame almost mimic that “fishy” (or probably I should say “ocean” aroma) aroma, which is why it is used in this recipe to mimic that of non-vegan fish sauce. It doubles or triples its size once hydrated.

4. Miso paste
You are most likely not new to miso paste anymore. In case you are, it is basically the Japanese version of fermented beans. Typically made with soy beans and sometimes grains like rice or barley. It is used in this recipe to add that hint of fermented aroma to the vegan fish sauce. 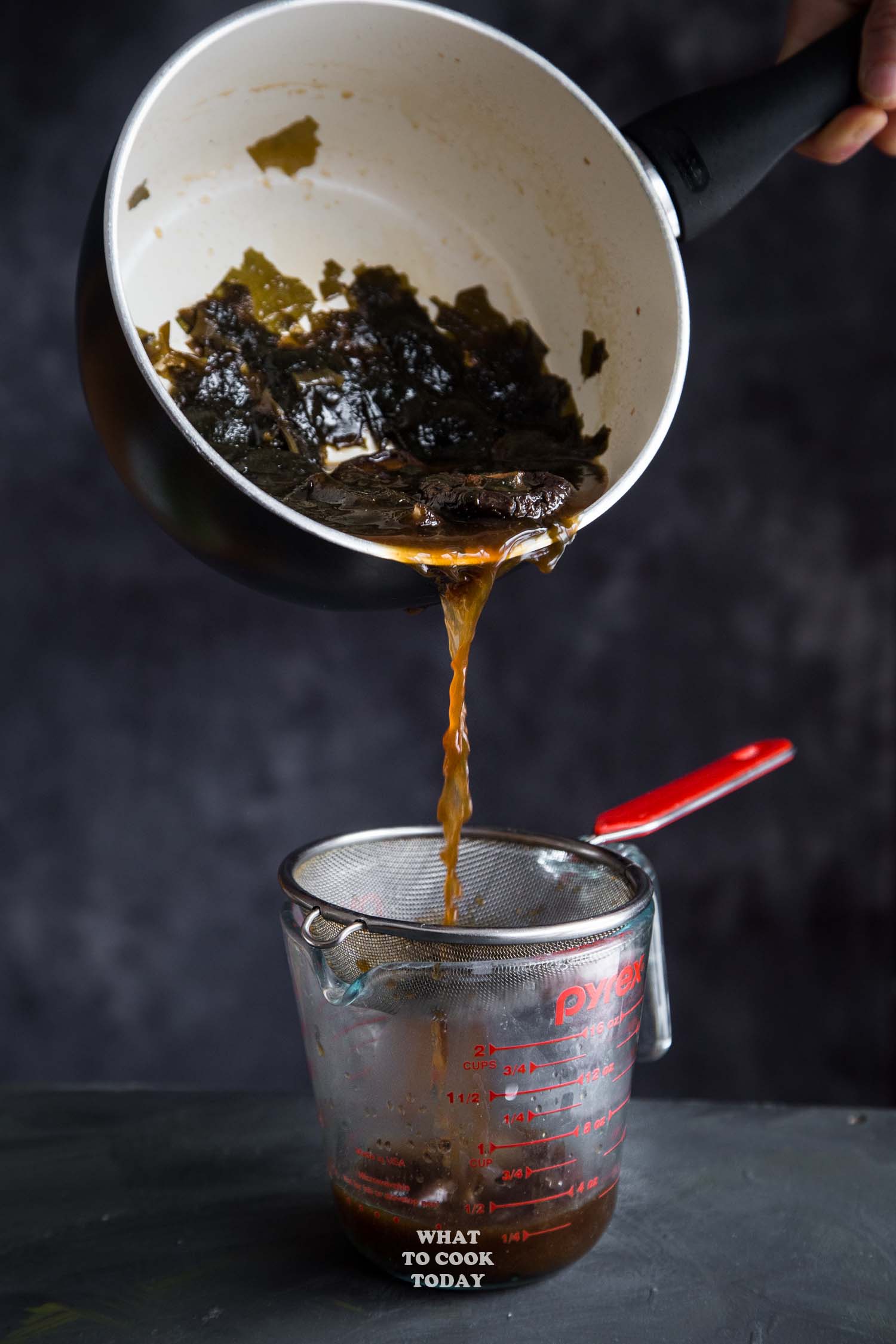 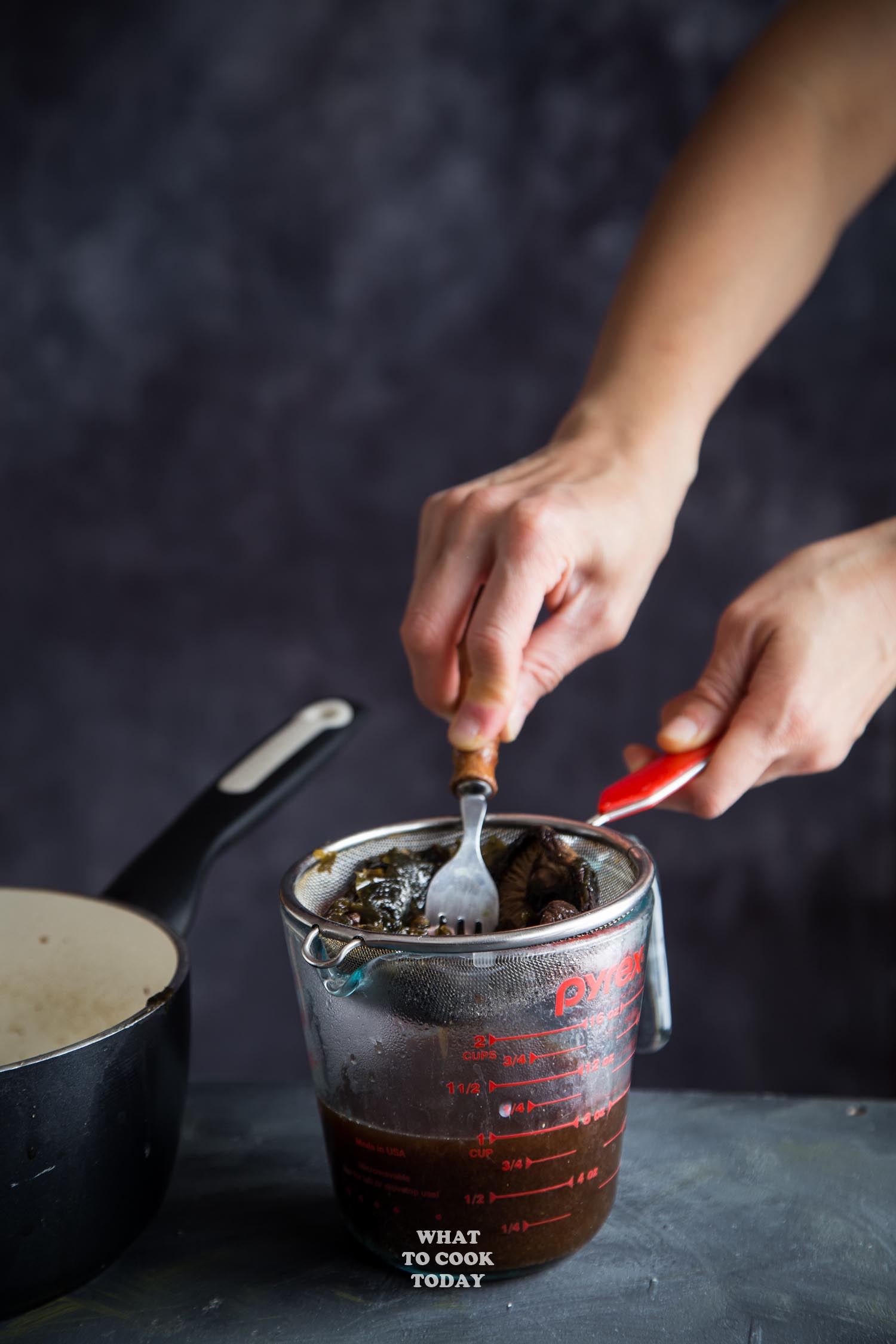 DOES VEGAN FISH SAUCE TASTE THE SAME AS REGULAR FISH SAUCE?
Not exactly the same if you ask me. But it does do a great job in giving that umami boost and intense flavor that we are looking for in the regular fish sauce. I guess it can’t be exactly the same when the ingredients used to make both are different. I like the taste of vegan fish sauce to! 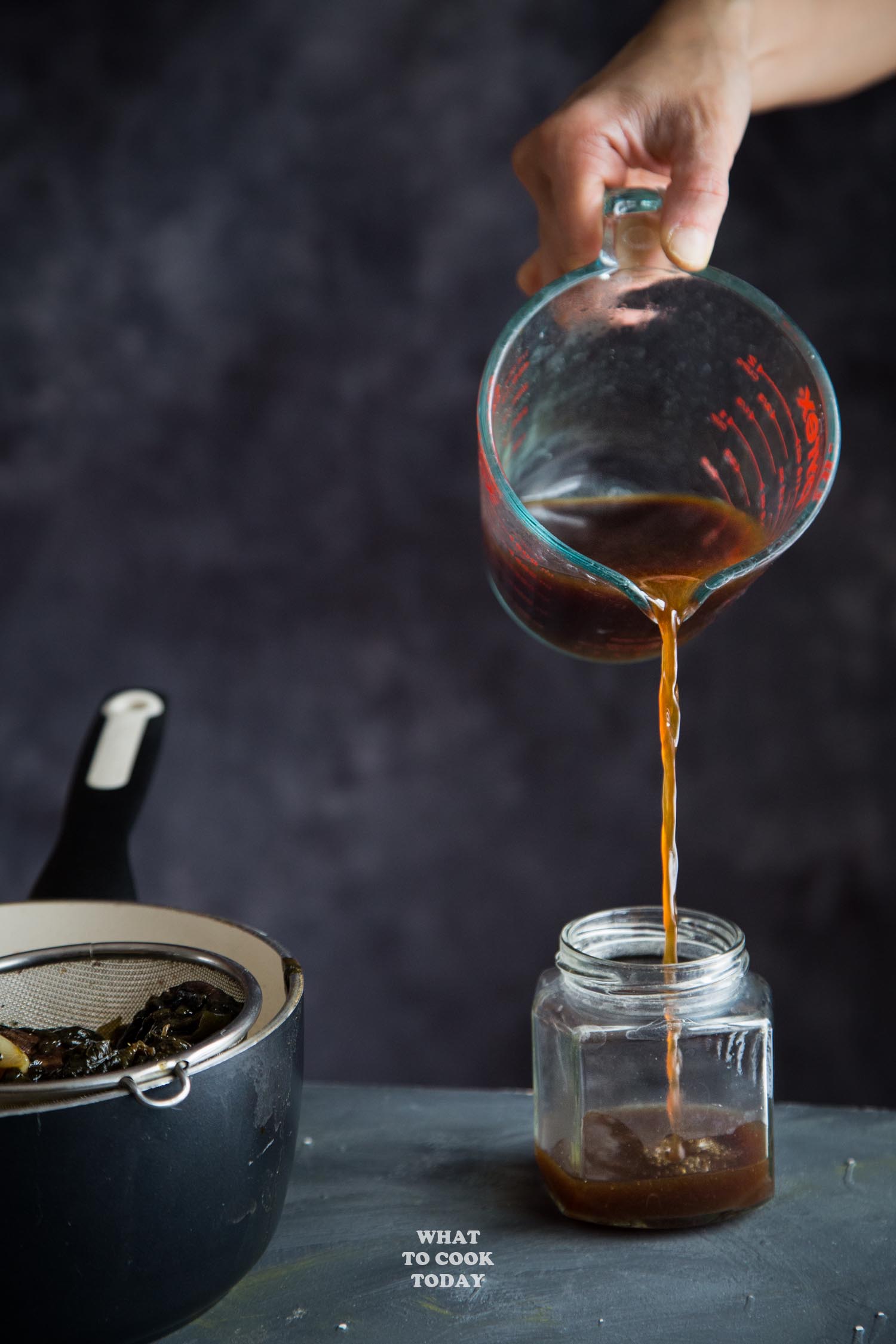 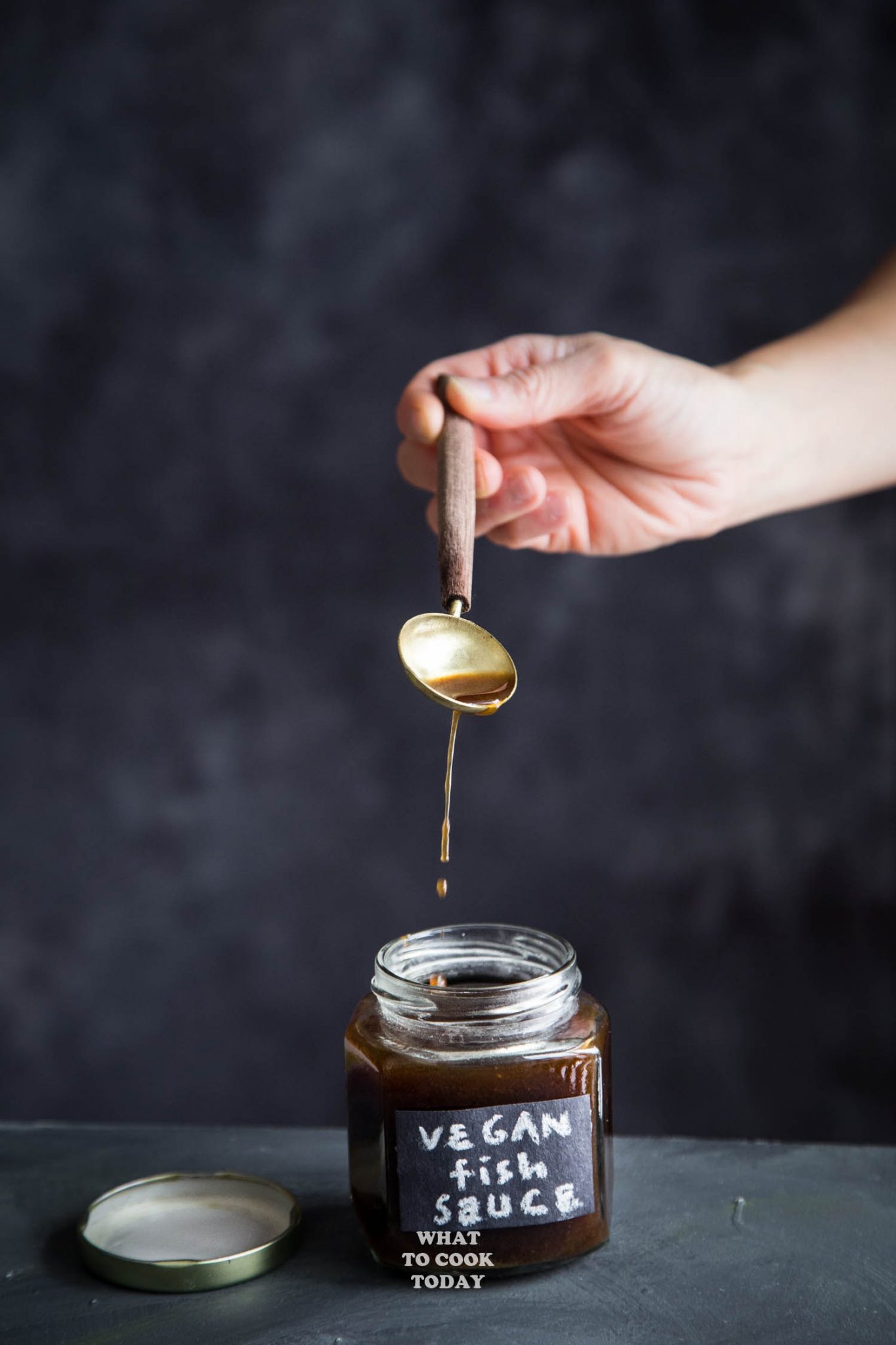 This recipe is adapted from the Kitchn with some modifications. 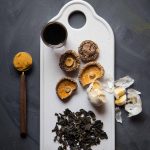 What a good sauce to have in one’s repertoire. I bought some wakame for a recipe quite a while ago and didn’t know what to do with it anymore, this is a good way to use it.

Yes. Especially if fish sauce is hard to find for some people.

This is amazing! Never thought about it! Perfect! Thank you for the idea!