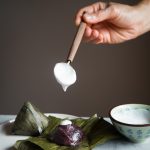 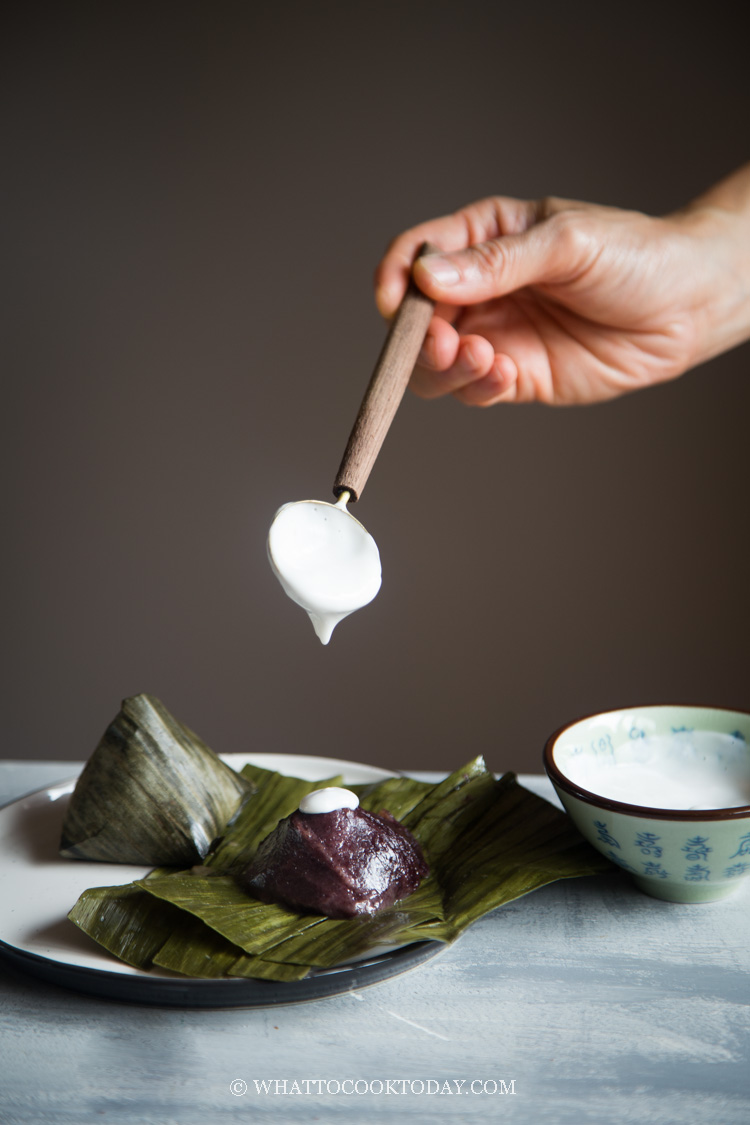 Kue koci and I go all the way back to childhood. It’s like one of my favorite childhood’s snacks. My dad bought them over. Dad had such a sweet tooth and soft spot for kue kue, our term for any savory snack or sweet dessert. We had them for afternoon snacks usually. Not much considered a dessert, at least not in our family. Kue koci is sweet, but like many other Indonesian kue kue, it is considered a snack. 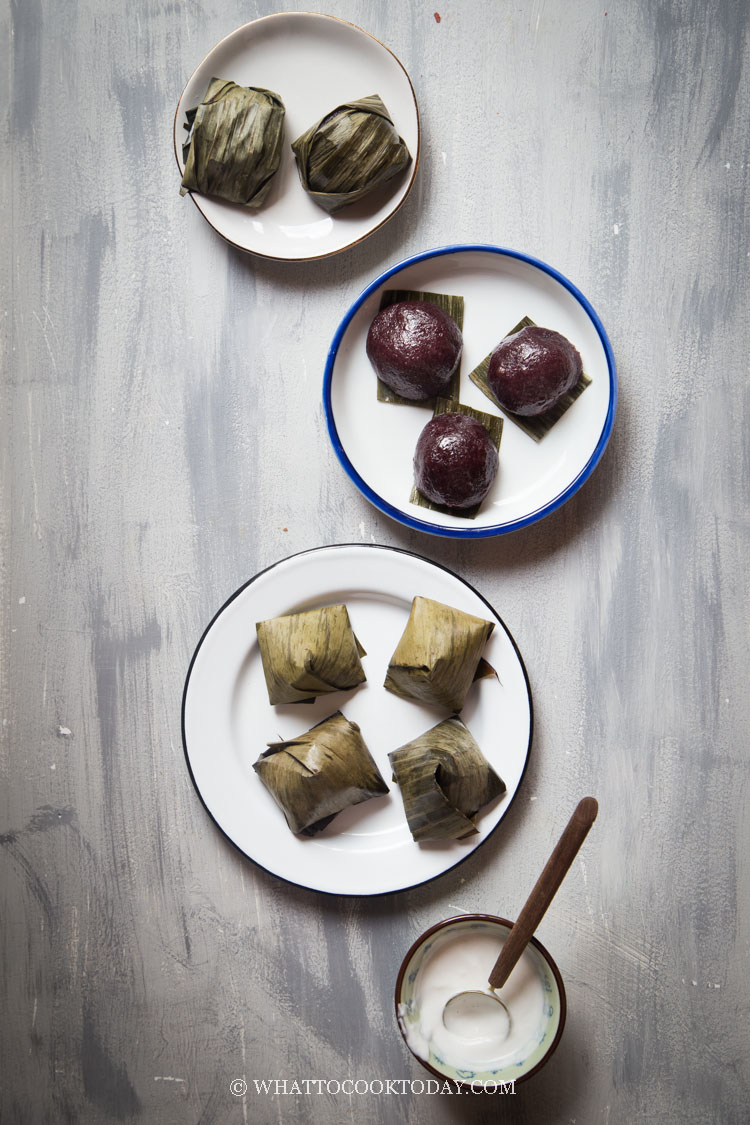 Black glutinous rice flour is not readily available where I am. I actually grind my own.
The recipe only calls for 40 grams of black glutinous rice flour, but you can grind extra. Let’s say we use 100 grams. Place them in a coffee grinder or blender and then grind until really fine. Sieve the flour and then grind again. You need to grind several times until you get a really fine flour. Any extra can be stored in a dry air-tight container for up to one month at room temperature. 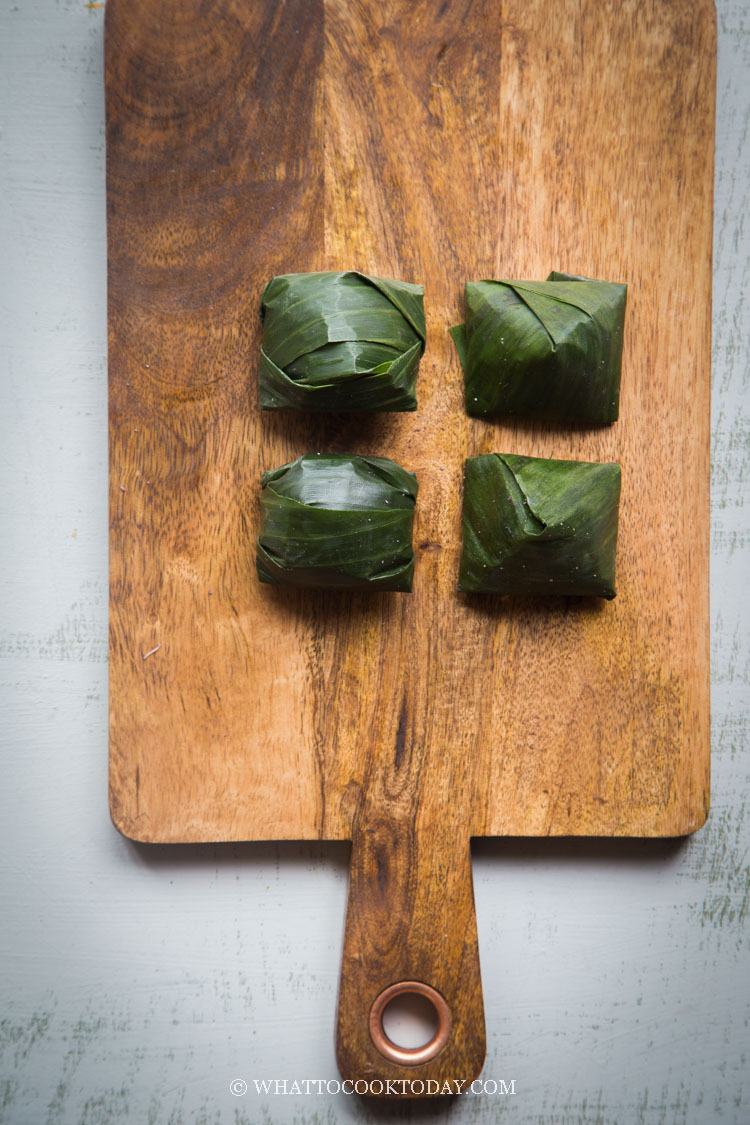 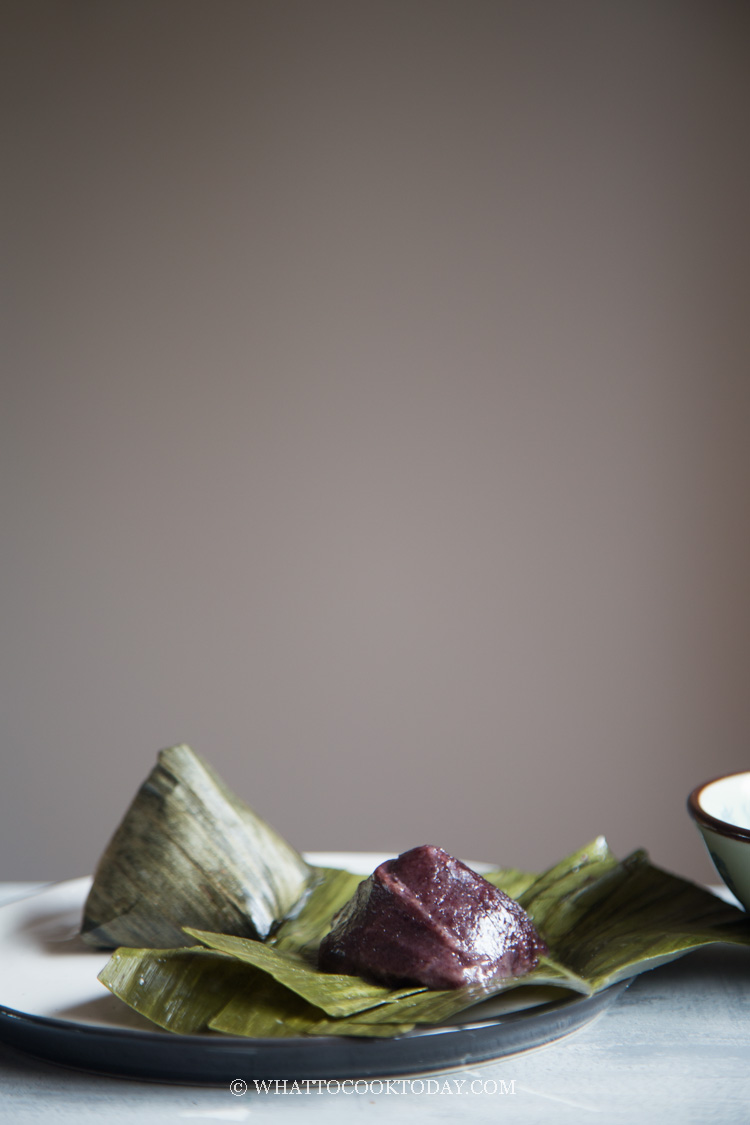 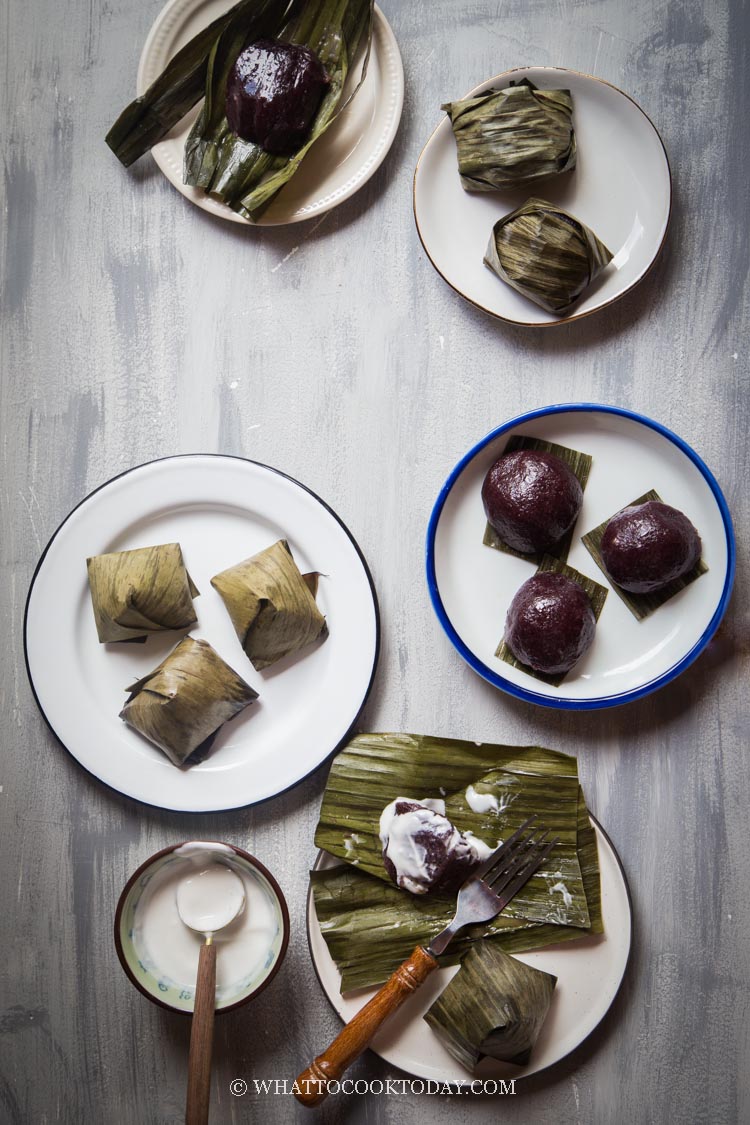 HOW TO STORE AND REHEAT LEFTOVER KUE KOCI

They can be stored in the refrigerator for 3-4 days. Freeze them if you want to store it longer. They can be reheated in a microwave for few minutes until warm or in the steamer. If reheating the frozen kue koci, do not thaw, steam in the steamer for 10 minutes and they are as good as new. 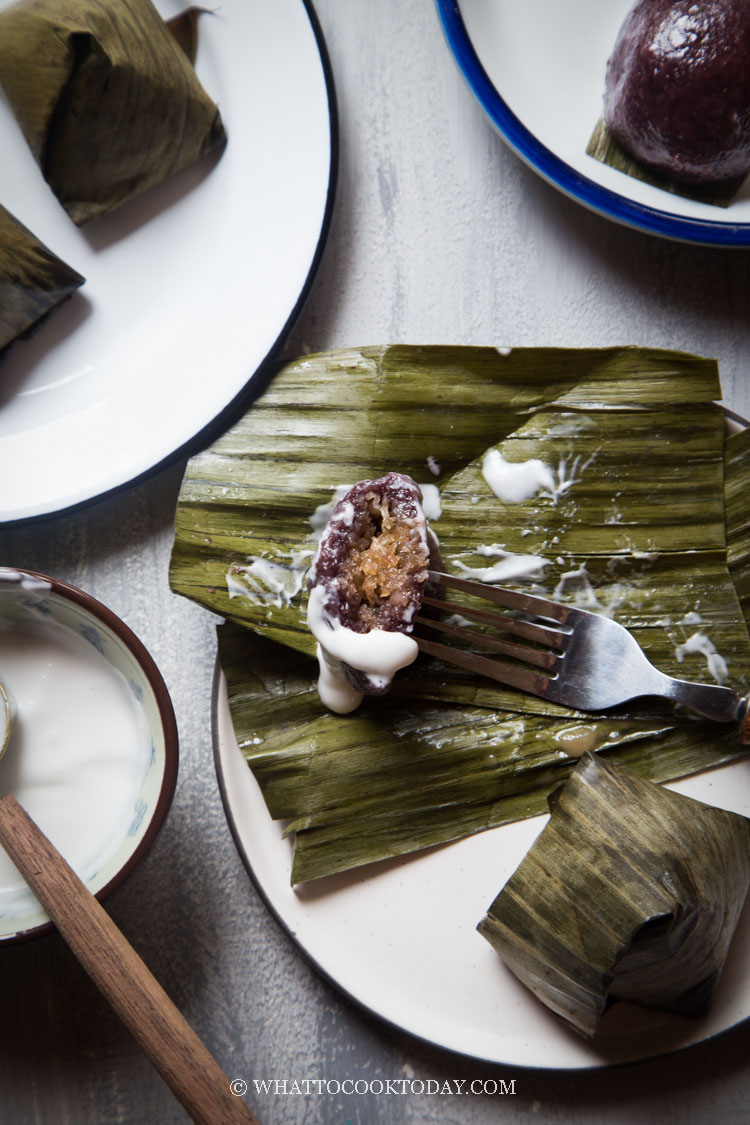 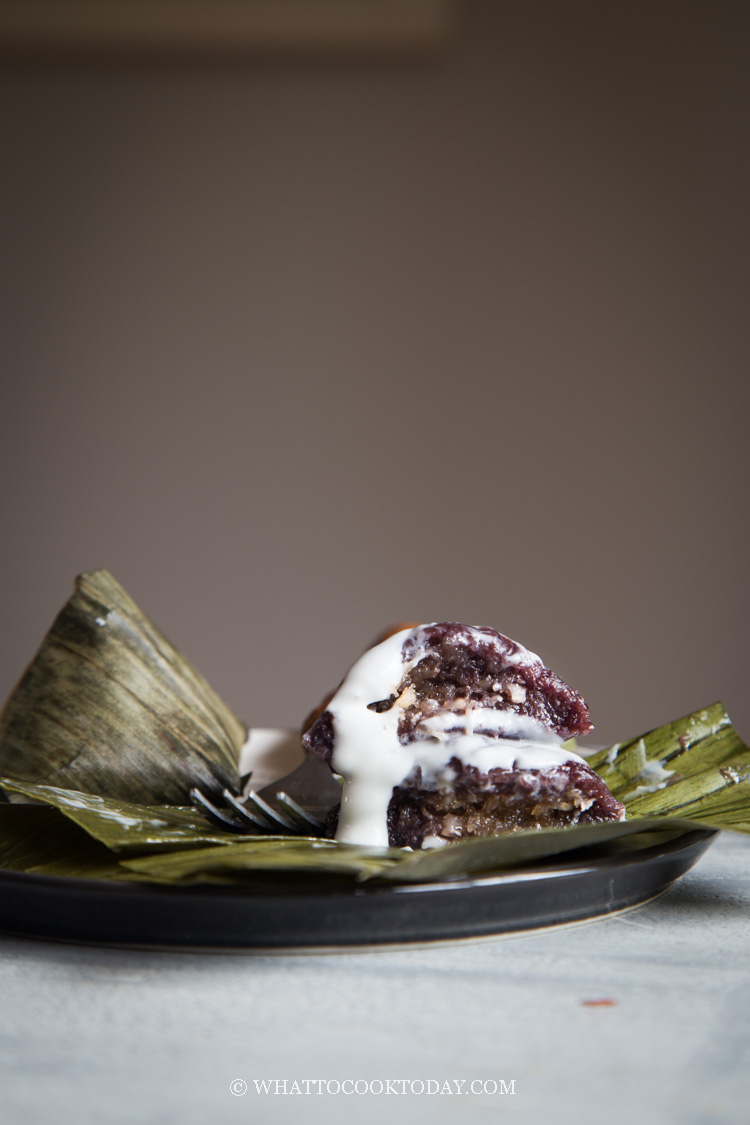 Hi Marvellina, is black glutinous flour ketan hitam? Do you think I should be able to grind it in flour mill?

Hi Grace, yes, it’s ketan hitam. I use my Vitamix blender to blend it until really fine, took several rounds, but it’s doable. If you have a flour mill, it should work I think.