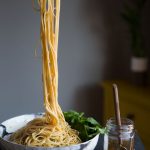 Noodles (or pasta) are tossed in savory sauce and aromatic and easy homemade scallion oil. The cong you ban mian recipe can be easily customized to your liking too. 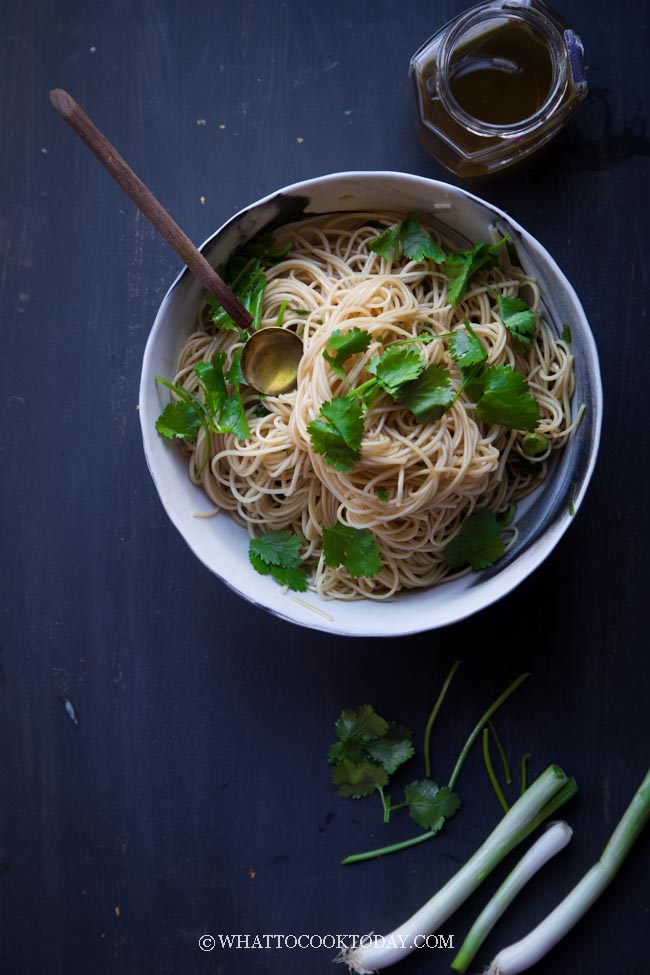 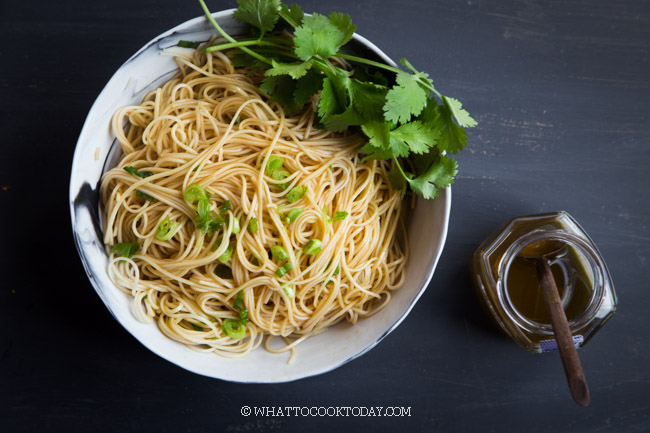 HOW TO MAKE SEASONED SCALLION OIL

You pretty much only need scallions and cooking oil. Please note that scallion is also known as green onion or spring onion. They all mean the same thing. Here’s how to easily make it:
1. Cut scallion into about 3-4 inch length
2. Preheat 1/3 cup of oil in a medium skillet over medium heat
3. Fry them over medium heat until dark brown, but not burn. Remove the scallion from the oil and set aside 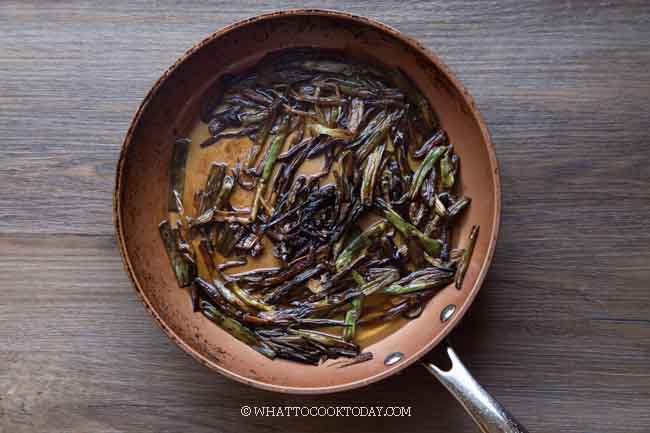 4. Add seasonings to the oil and cook until sugar is melted and the oil bubbles. Remove from the heat. They are ready to be used

WHAT KIND OF OIL TO USE

You can use any neutral tasting oil such as canola oil, grapeseeds oil, avocado oil, peanut oil, vegetable oil.

WHAT KIND OF NOODLE OR PASTA TO USE

You can use dried or fresh noodles. Usually, people like to use thin round noodles, but it’s really up to you. You can use ramen noodles, egg noodles, udon noodles. I’ve made it with pasta like spaghetti and angel hair pasta too. My kids like short pasta like penne and elbow and I’ve tossed those short pasta with seasoned scallion oil and they gobbled them up in no time.
In this post, I used this thin round dried wheat noodles 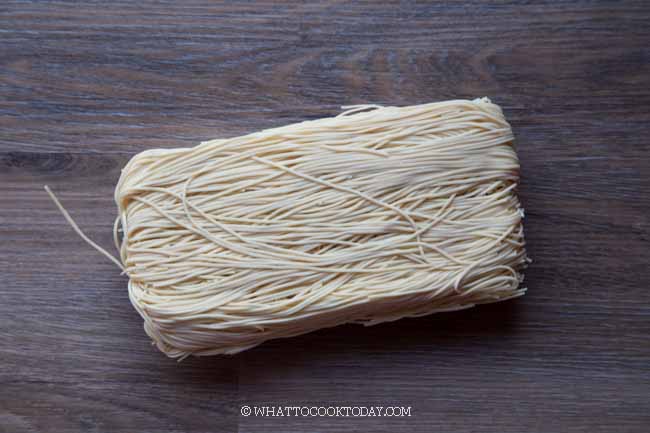 TOP TIPS YOU NEED TO KNOW 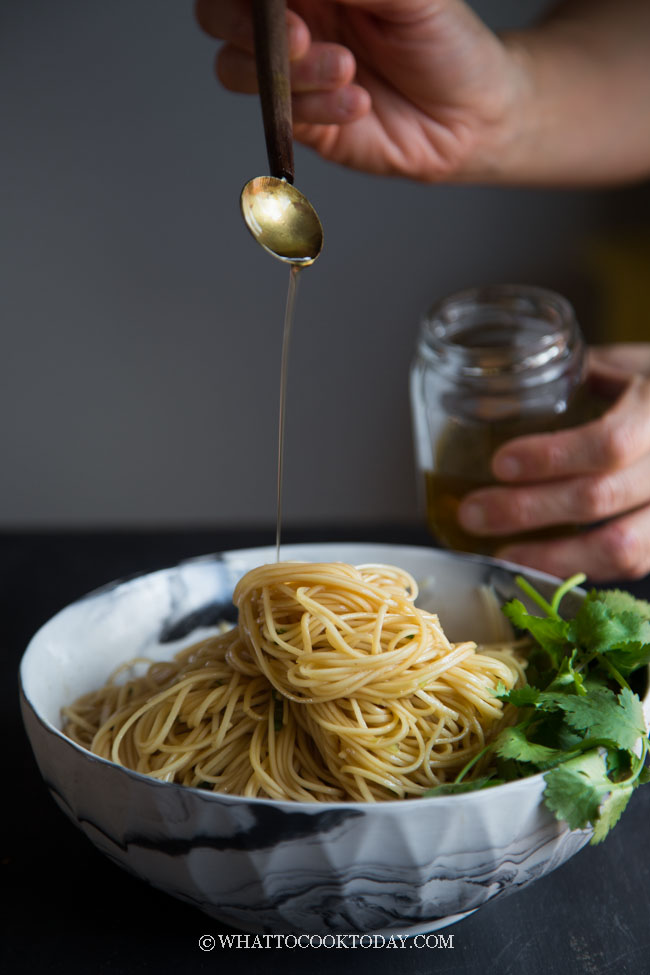 Scallion oil noodles are intended to be served as a side. Well, though it is eaten as if it is a main course in Shanghai. But here in America, it is considered as a side simply because it is mainly carbs 🙂
You can make it into a complete meal by doing this:
1. Add protein
You can add fried egg, boiled egg, leftover rotisserie chicken, leftover turkey, grilled shrimp, pan-fried tofu, ground pork, ground beef
2. Add veggies
Blanched bokchoy, blanched beansprouts, mushrooms 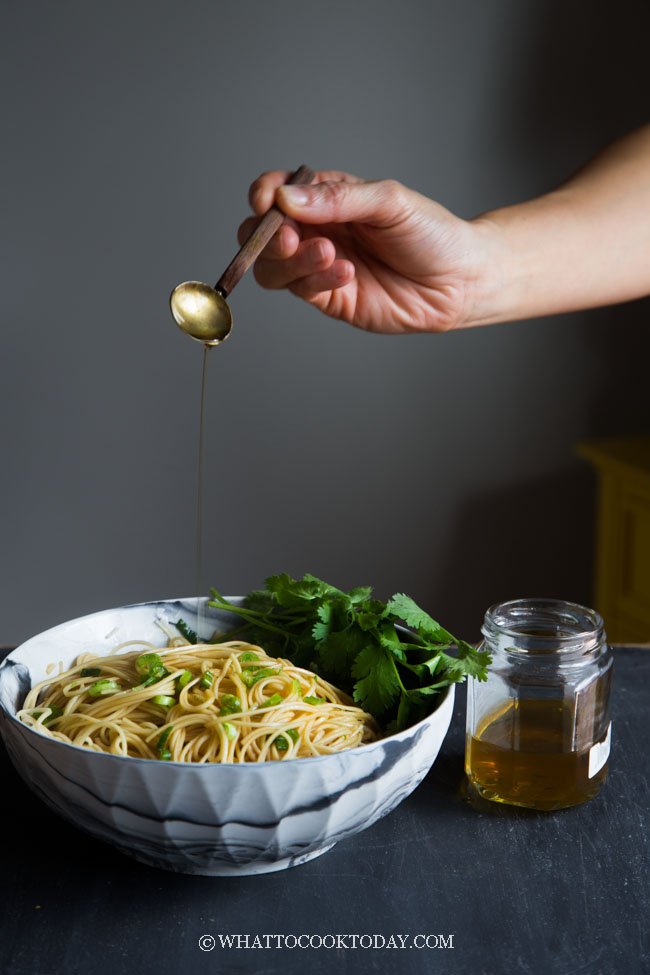 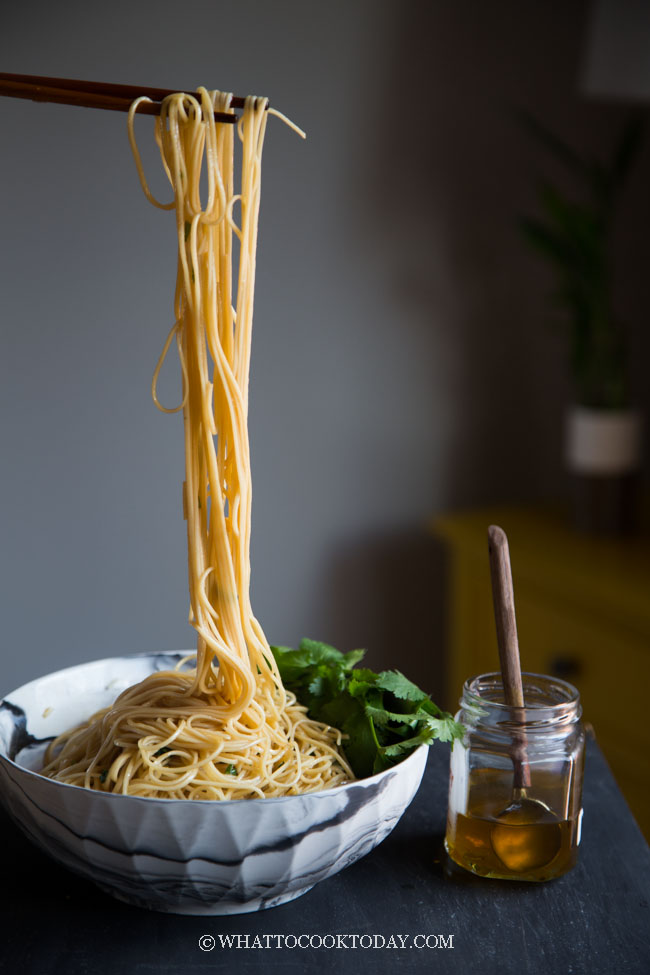 Super easy and yummy. I had some left over sauce so I drizzle some on blanched green veg for the next meal.

Hi Eve, so happy to know you enjoy these! 🙂

Hi Marv,
May I know how long can I store this scallion oil for? thank you

Hi Jas, let the oil cools down completely and then transfer to a jar and you can keep it in the fridge for as long as 3-4 weeks.

Delicious 😋
Enak banget Cece, Thank you for sharing your recipe..
God bless you and all your family 🙏

So happy to read another winner here 🙂 So glad you like it Meidy!!!

This noodle dish sounds tasty! What do you do with the leftover browned scallions?

A beautiful and simple noodle dish, I would love it! We recently visited an exhibit in a larger town and I accidentally found an Asian store, so I was able to stock up on Asian noodles and other much-sought after Asian ingredients again. I don’t have to order online for a change. I think at the end of the day I was more thrilled about the store than the exhibition. 🙂 🙂

Ha..ha..I hear you Adina! I can definitely feel your excitement! It was like scoring a lottery for me when I see hard-to-find Asian ingredients at Asian stores 🙂

Thank you Nicole for stopping by! It is so easy and delish!