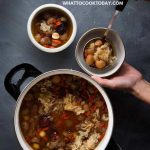 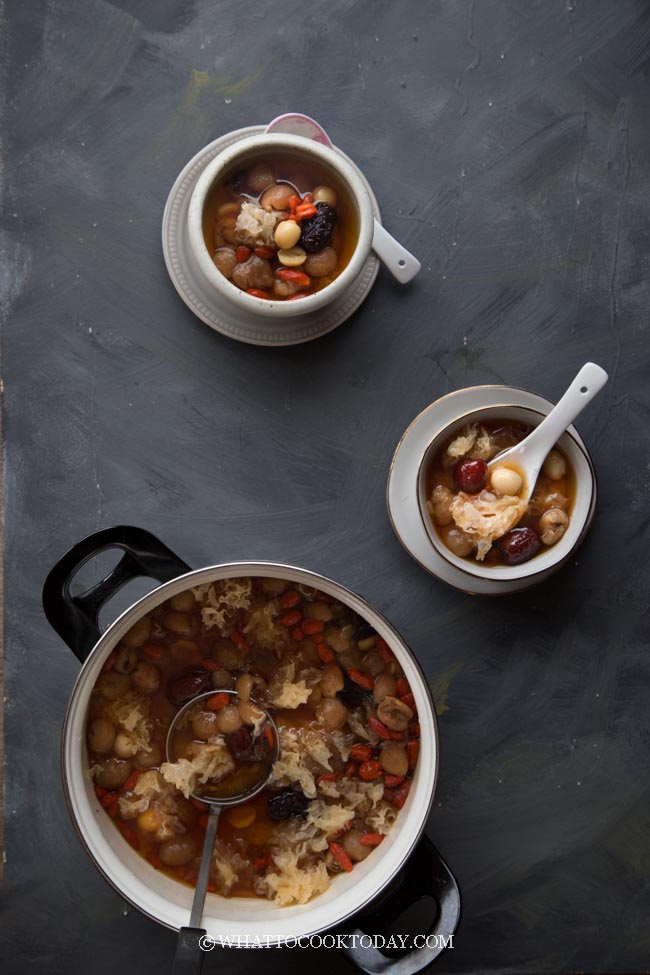 WHAT IS TONG SUI?

It is not unusual to be served “soup” dessert at the end of the meal when you dine at restaurants that serve authentic Chinese, mainly Cantonese, cuisine. Tong sui literally translated to “sugar water”. This snow fungus dessert soup is just one example of tong sui. 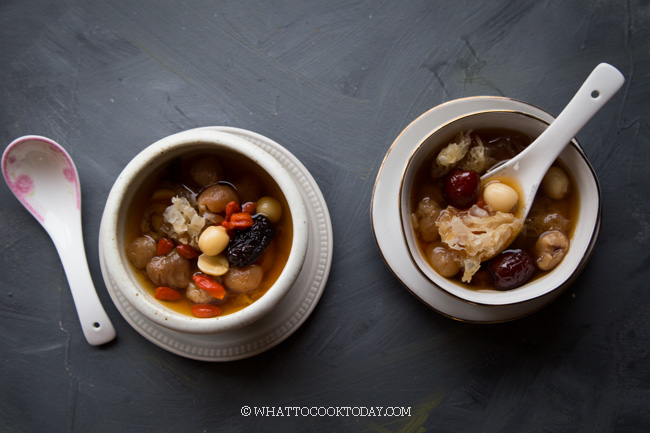 WHAT IS SNOW FUNGUS?

Snow fungus is very commonly used in Chinese cuisine, for both savory and sweet dishes. Snow fungus or also known as white fungus or pek bok nie (jamur putih), silver ear (银耳 “yin er”) has been grown in China for hundreds of years. As its name implies, it is a fungus. Snow fungus usually comes in dried form and need to be rehydrated by soaking in the water until it’s soft and plump up before you can use it in cooking.

WHERE TO BUY SNOW FUNGUS?

Snow fungus is available in majority of Asian grocery stores. The fungus is usually whitish yellow in color (as shown in the photo below) 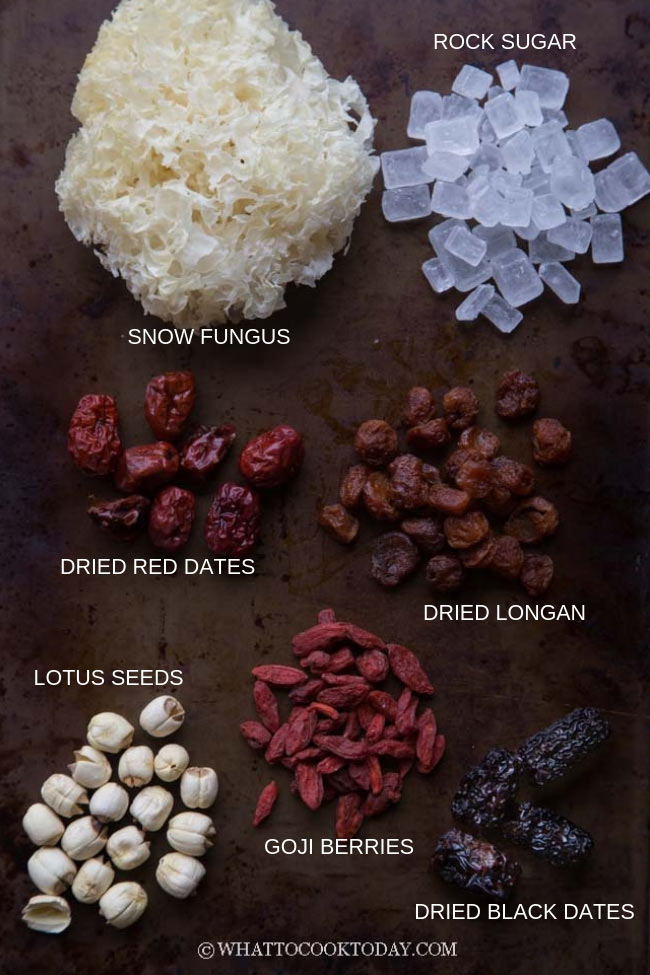 I’m not a Traditional Chinese Medicine experts, but I know from my mom that the Chinese consumes it mainly for its medicinal properties such as in healing dry cough, respiratory problems, and anti inflammatory properties. The women consume it for beauty reason, yes..the collagen. The collagen content in snow fungus is believed to be comparable to those of bird’s nest but not nearly as expensive as bird’s nest.

HOW TO PREPARE SNOW FUNGUS 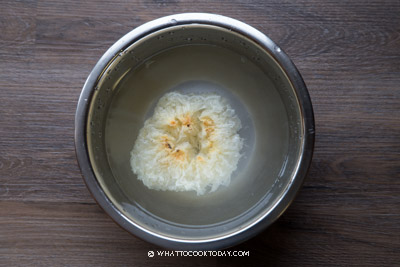 2. Once it is soft, trim off the tough yellowish part at the bottom of the snow fungus with kitchen shears and cut into smaller pieces. They are ready to be used now 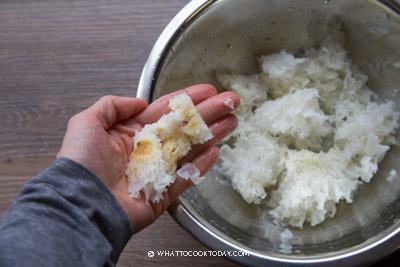 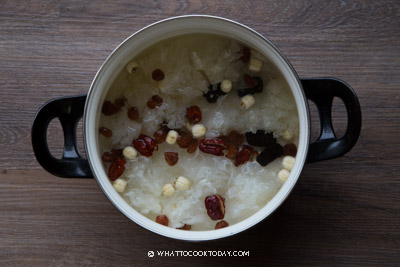 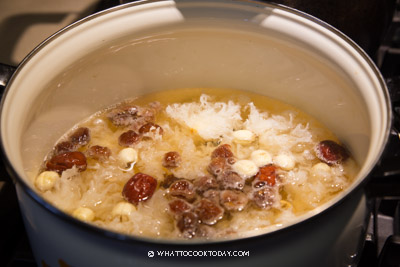 3. Lower the heat to let it gently simmer with a lid ajar slightly if you afraid it might boil over 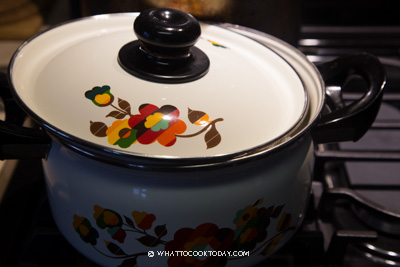 4. After about 20 minutes, everything in there should’ve been softened and plump, if not, cook a bit longer 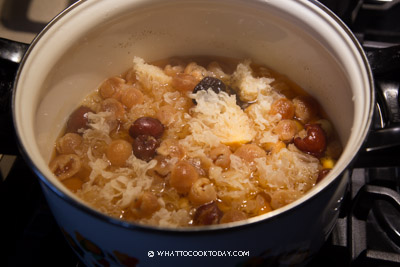 5. Add rock sugar and stir until they melt. Have a taste until you are happy with the level of sweetness 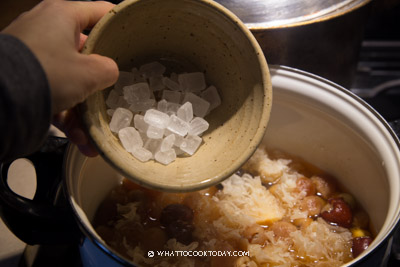 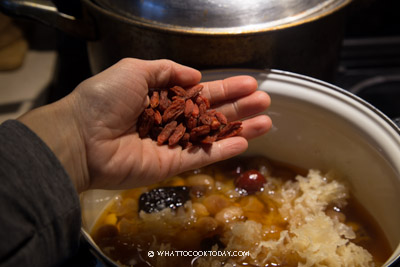 7. Turn off the heat and they can be served warm or chilled 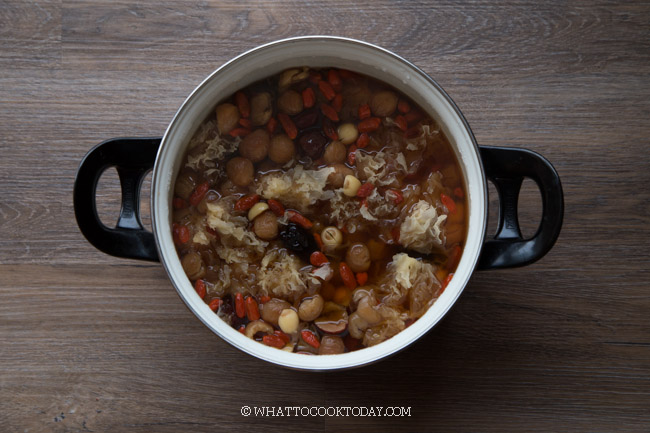 Ready to be served warm

YOU CAN CUSTOMIZE THE INGREDIENTS

There’s really not hard and fast rule here. The main star here is obviously the snow fungus. The rest of the ingredients, you can pretty much substitute with whatever you like. My suggestion is to have at least : dried longan and red dates.
Other possible ingredients: fruit like pears, papaya and apples, gingko nuts
Substitution for dried longan: you can used fresh longan or canned. Just add them after everything is cooked 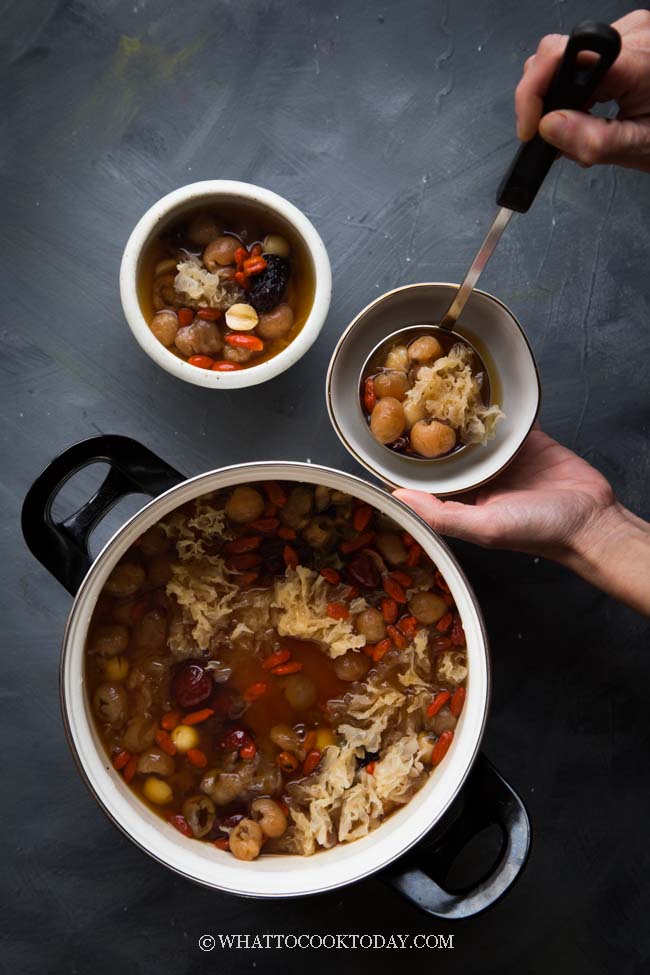 Snow fungus soup dessert is also often prepared for important celebrations such as Chinese New Year, weddings, birthdays, etc. to give you the sweet year and sweet blessings. Yup, another food with auspicious meaning. 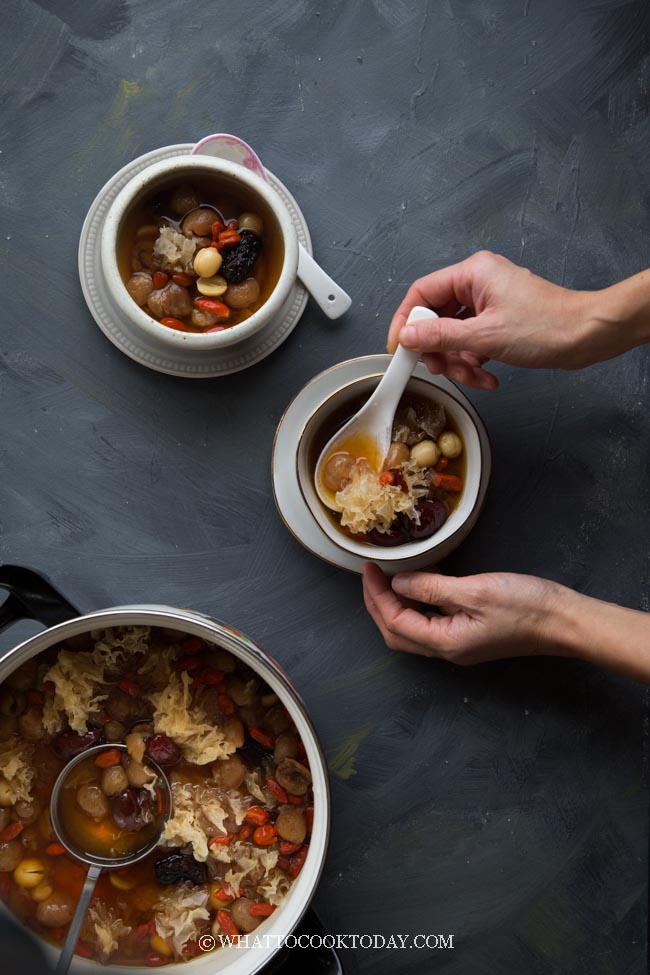 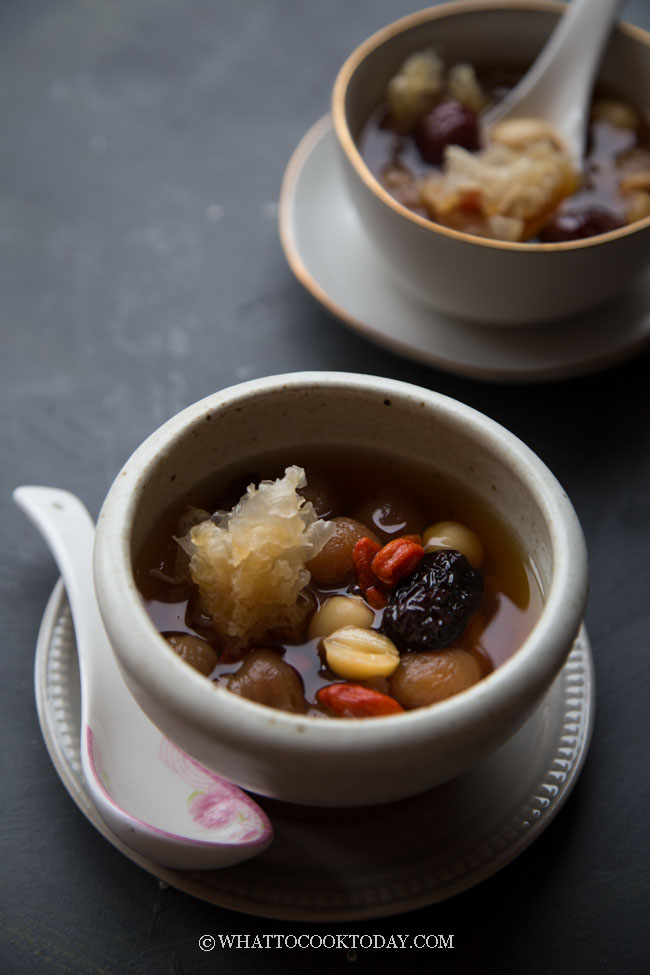 Have you ever tried snow fungus before? If you like snow fungus, you will like it in savory dish like in this fish maw snow fungus soup. 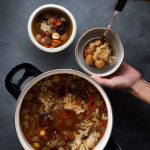 hi dear, thank you for posting many yummy recipes, i have made this recipe 3 times, my friends and family love it very much! please allow me to gently point out that i think there is a slight mistake w your water qty, it shld be 11/2L instead of 1/2L and also, in the instructions, i think you missed out stating when to add the longans so i added tgt w the red dates 🙂 many thanks again for your efforts in posting, cheers jas

Hi Jas, THANK YOU for pointing those out 🙂 I left my brain somewhere when I typed the recipe 🙂 I have updated accordingly. I’m happy to know that you like the recipe too 🙂 It is one of my family’s favorite! Thanks again!

Oh dear, this is my top favourite sweet soup! All the pics are stunning!

Reading about the benefits of snow fungus in your post gives me more motivation to eat it. I always find its texture quite weird, but I have never tried it in desserts and maybe it tastes much better in desserts. Your soup looks very delicious :).

Happy New Year Sophie!! I guess this is something that you either like or you don’t ha..ha..! the texture can be weird for many people I would imagine! Thanks for stopping by dear!