Fish maw snow fungus soup is commonly found prepared at Chinese home kitchen and considered a delicacy. Typically used in soup, stew, and braised dishes. Can be prepared with Instant pot too. 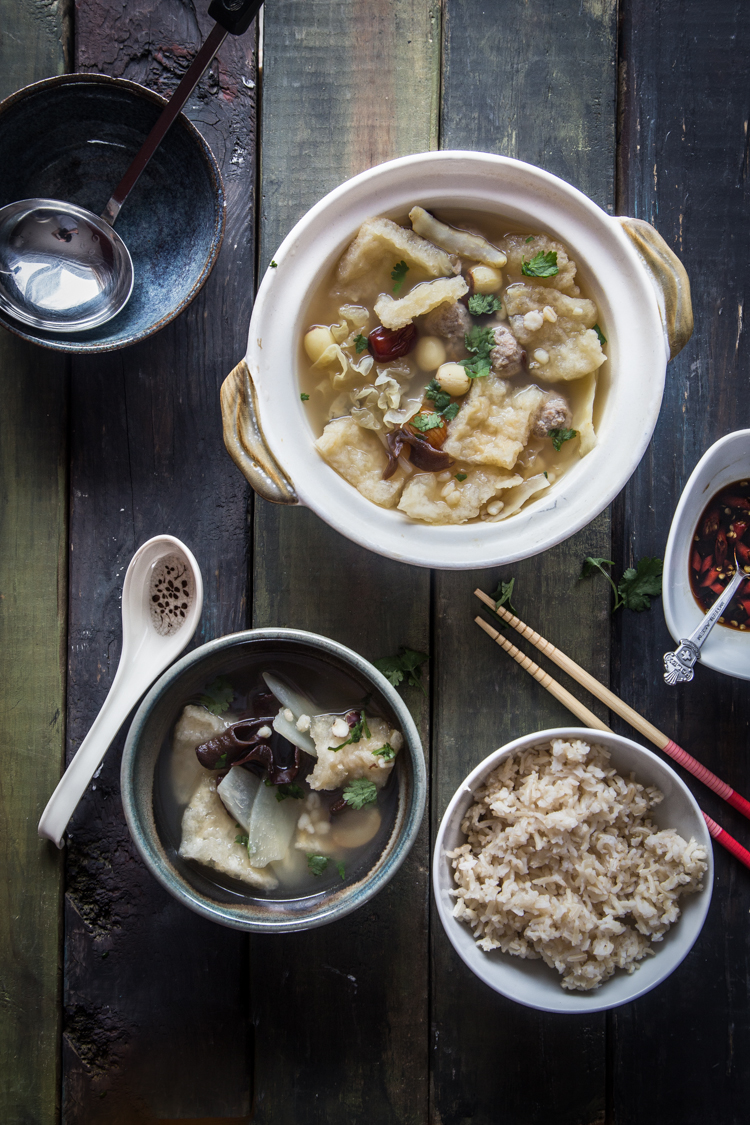 What exactly is Fish Maw?
According to wikipidia, fish maw or air bladder is an internal gas-filled organ that contributes to the ability of a fish to control its buoyancy, and thus to stay at the current water depth without having to waste energy in swimming. Pretty cool, isn’t it? Now, why is it end up being in my soup? lol! No waste mentality? 🙂

In some Asian cultures, Fish maw is considered a food delicacy and served during special occasions like Chinese New Year. It is usually served braised, stewed or in soup. You can actually buy Fish Maw in a non-fried or fried form. The non-fried form is hard and dry, whereas the fried form is all puffy and very light. If you buy the non-fried Fish Maw, you will need to soak them and then boil them with ginger until they are soft. 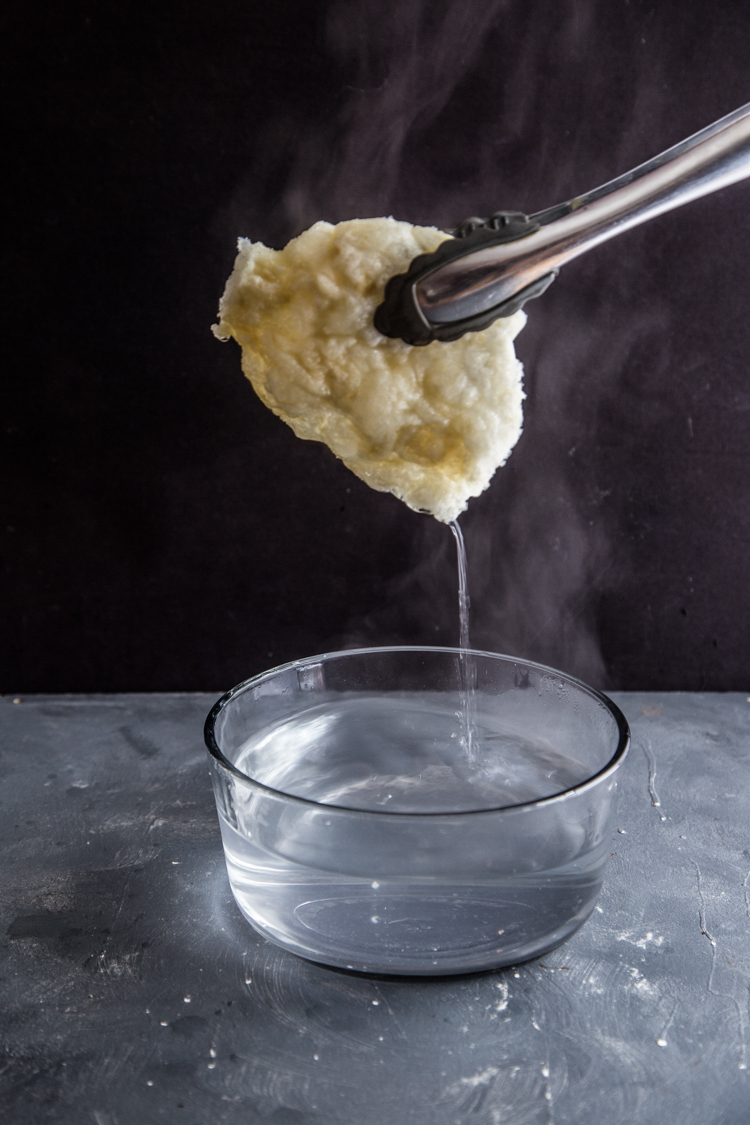 I bought the fried Fish Maw to save me some work 🙂 Unlike sea cucumber, where you want to prepare it from scratch on your own, it is okay to buy a fried Fish Maw and all you need to do is just soak them in a hot water until it is soft and it helps to get rid of some extra grease from the deep-frying.

I threw in some Chinese herbs that my mom brought me when she visited. Haven’t I said already mom is the best thing on earth?

*Recipe is written for 6-quart Instant Pot. Cooking time should remain the same for 8-quart size but will take longer to pressurize. For mini duo (3-quart), I recommend to half the recipe and use the same amount of time to cook* 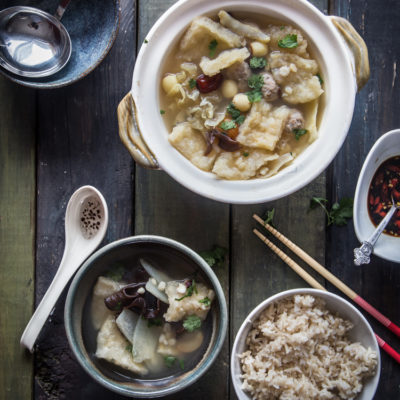 Please add me to your update/mailing lists

Hi Steven, I saw that you’ve already signed up for my mailing list today (Feb 11). Thank you 🙂

This recipient sounds delectable. I’ve a question: I’ve visited many Cantonese restaurants in New York and Chicago for morning dim sum. It seems to me that I remember a steamed dish that I think was composed of a piece of fish maw, a piece of sliced chicken, a slice of bamboo stalk, all wrapped together with a length of bean cake curd. It is very delicious steamed in a small bowl inside it’s bamboo steamer, and having made a delicious broth in that little bowl.
Have you heard of this recipe? Am I correct in deducing that the thickish slice was in fact a piece of fish maw?

Thank you,
Steve M.
Indianapolis IN

Hi Steve,
I think I know what you are talking about, though sadly, we don’t have it here in MN, but the chicken meat, piece of fish maw, mushroom, and sometimes a piece of luncheon meat is wrapped with a beancurd sheet. It is very delicious indeed. And yes, that thickish almost transparent slice is a fish maw 🙂

Thank you Marvellina. I’d never heard of fish maw — and can’t wait to try it!

You are welcome. You can definitely find them in a “dried” version at Asian grocery store 🙂

I have eaten fish maw soup in Yangon, but have not seen it in the US. Where might I find it?

You should be able to find it in Asian Grocery store. They are usually in dried forms. In the Asian store I usually go to, they place this near the dried mushrooms and other dried ingredients.