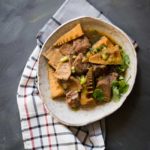 Make this incredible soy-braised pork with young bamboo shoots with this easy recipe yet packed with amazing flavor. It can be cooked on the stove, pressure cooker, or slow cooker. 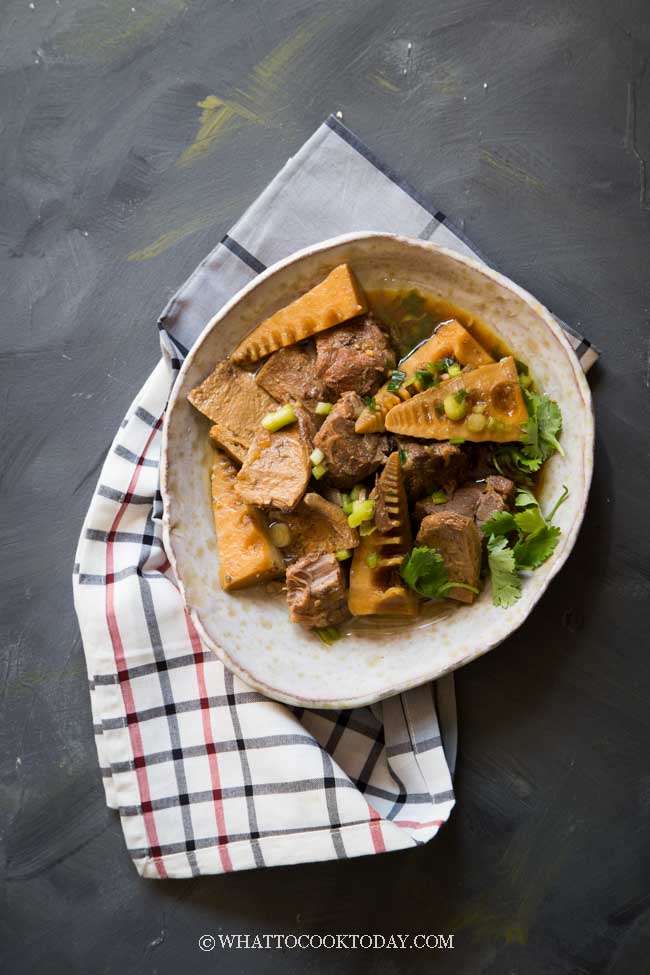 As the weather cools down, I’m in the mood for something easy and can be cooked with a pressure cooker or slow cooker. This braised pork with bamboo shoots is one of my favorites that my mom often made. Easy and feed the whole family. This is actually also one of the tau yew bak (tau yu bak) varieties I like to make, but with bamboo shoots and dried bean curds added. No one complained (in fact they love this dish). The pork is usually browned and saute with other spices and then slowly cooked until it is tender and the overall dish has a brown caramel color.

THE BEST CUT OF PORK TO USE FOR THIS RECIPE

Most Chinese like to use pork belly for this particular dish as well. I used a mixture of pork shoulder/pork butt and pork belly in this recipe. They are great for braising as they still have some fat that won’t make the meat dry and tough. Definitely steer clear from pork loin. Not the right cut for this dish.

WHAT KIND OF BAMBOO SHOOTS TO USE?

Try not to use canned bamboo shoots if it’s possible. Usually in Asian grocery store, you will see a large bin inside the refrigerator with bamboo shoots (usually in a cone shape and pretty big too) soaked in water. That’s the kind I get. The bamboo shoots usually have been prepared and parboiled too, so that really saves some extra work you have to do at home. All I need to do is to boil it briefly at home to get rid of the pungent aroma. 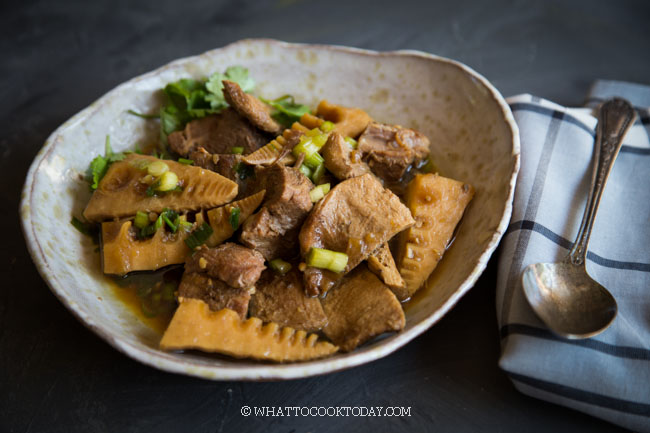 POSSIBLE VARIATIONS FOR THIS BRAISED PORK WITH BAMBOO SHOOTS 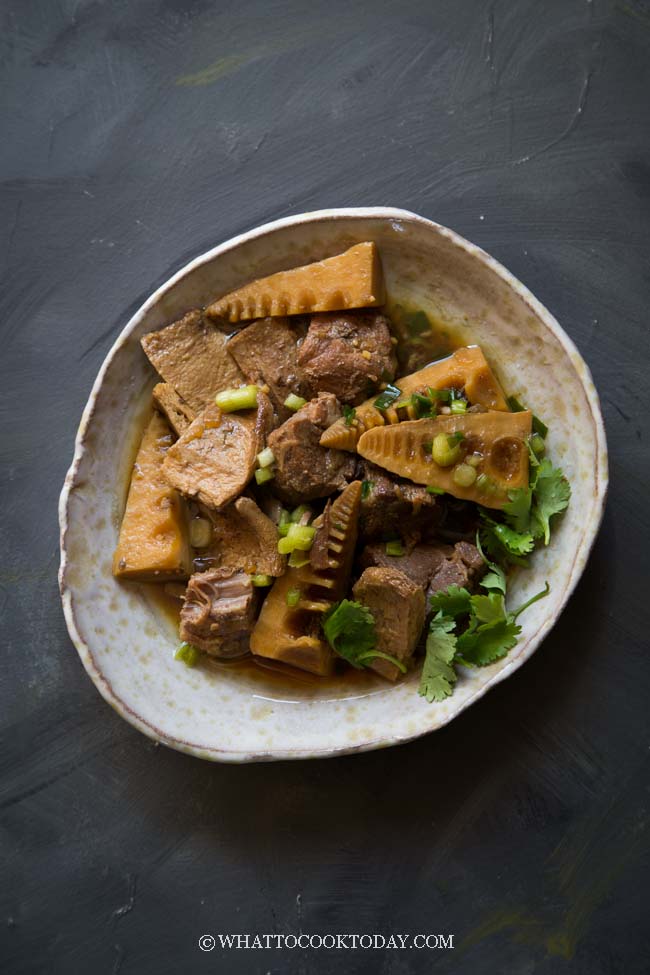 I like to make mine with Instant Pot electric pressure cooker because it’s convenient and it is much faster than slow cooker. But cooking it with slow cooker definitely works too. 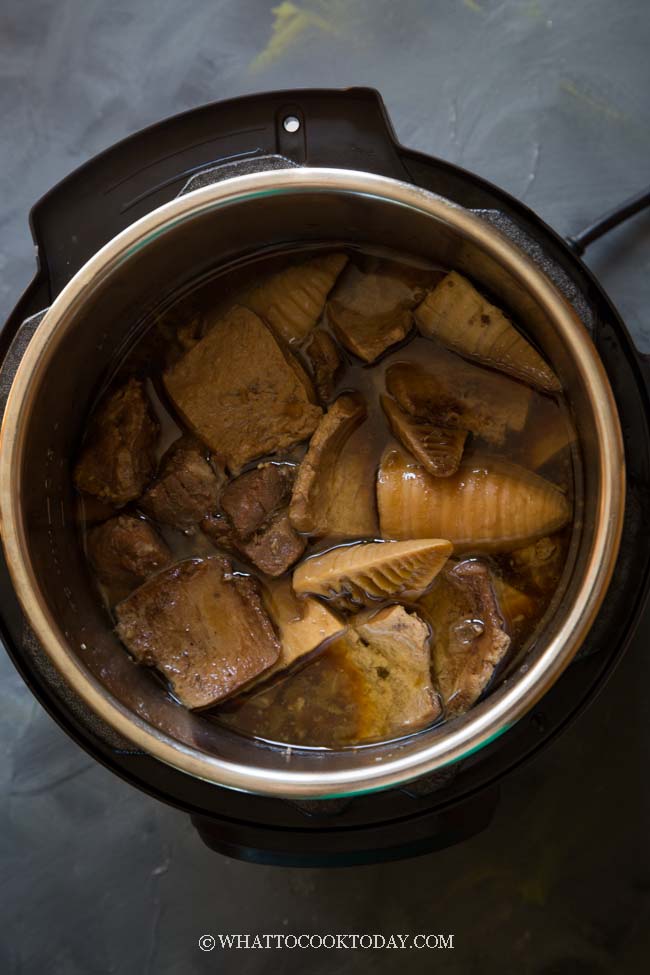 You can cook this in a big batch and then portion them out into the serving portion you like and freeze them individually. When ready to serve, you don’t have to thaw and just reheat in the microwave or on the stove until heated through. 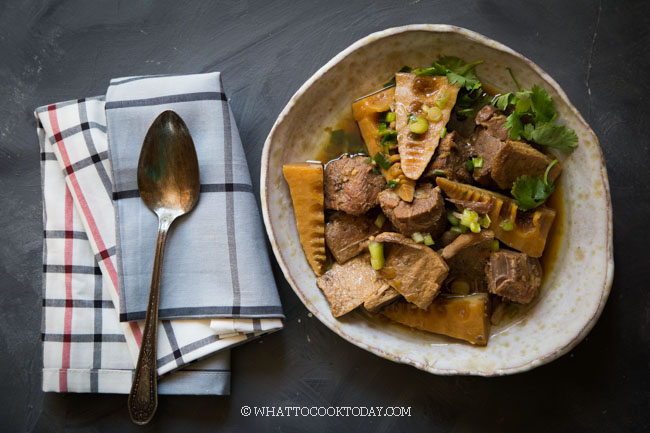 DID YOU MAKE THIS BRAISED PORK BELLY WITH YOUNG BAMBOO SHOOTS RECIPE? 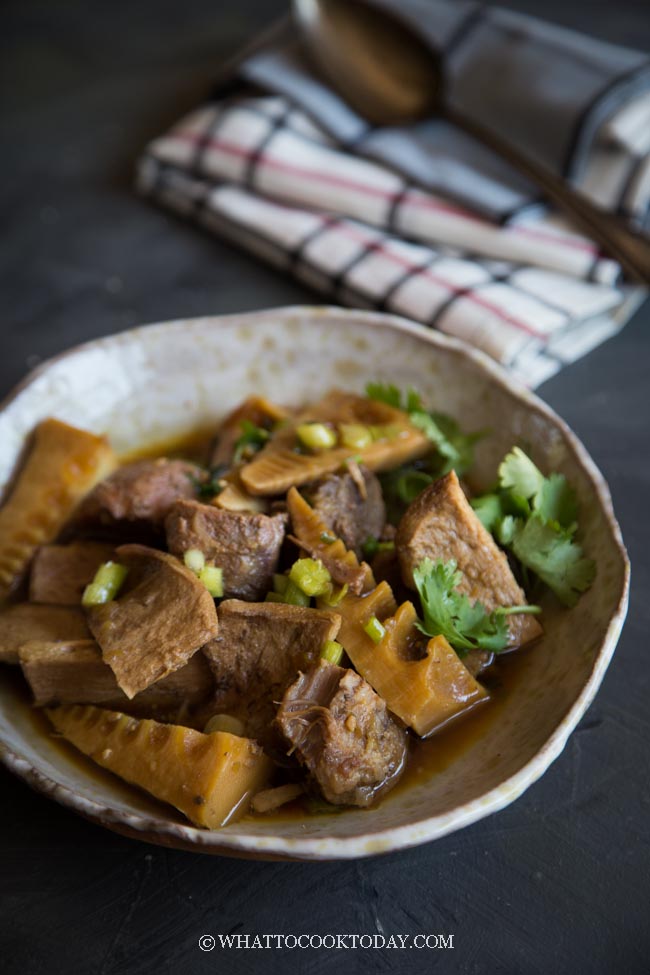 Boil and slice the bamboo shoots:

Brown the meat (for cooking on the stove and slow cooker methods):

If continue cooking on the stove:

If you like this recipe, you will also like this pressure cooker kong bak and kong bak pao recipes. 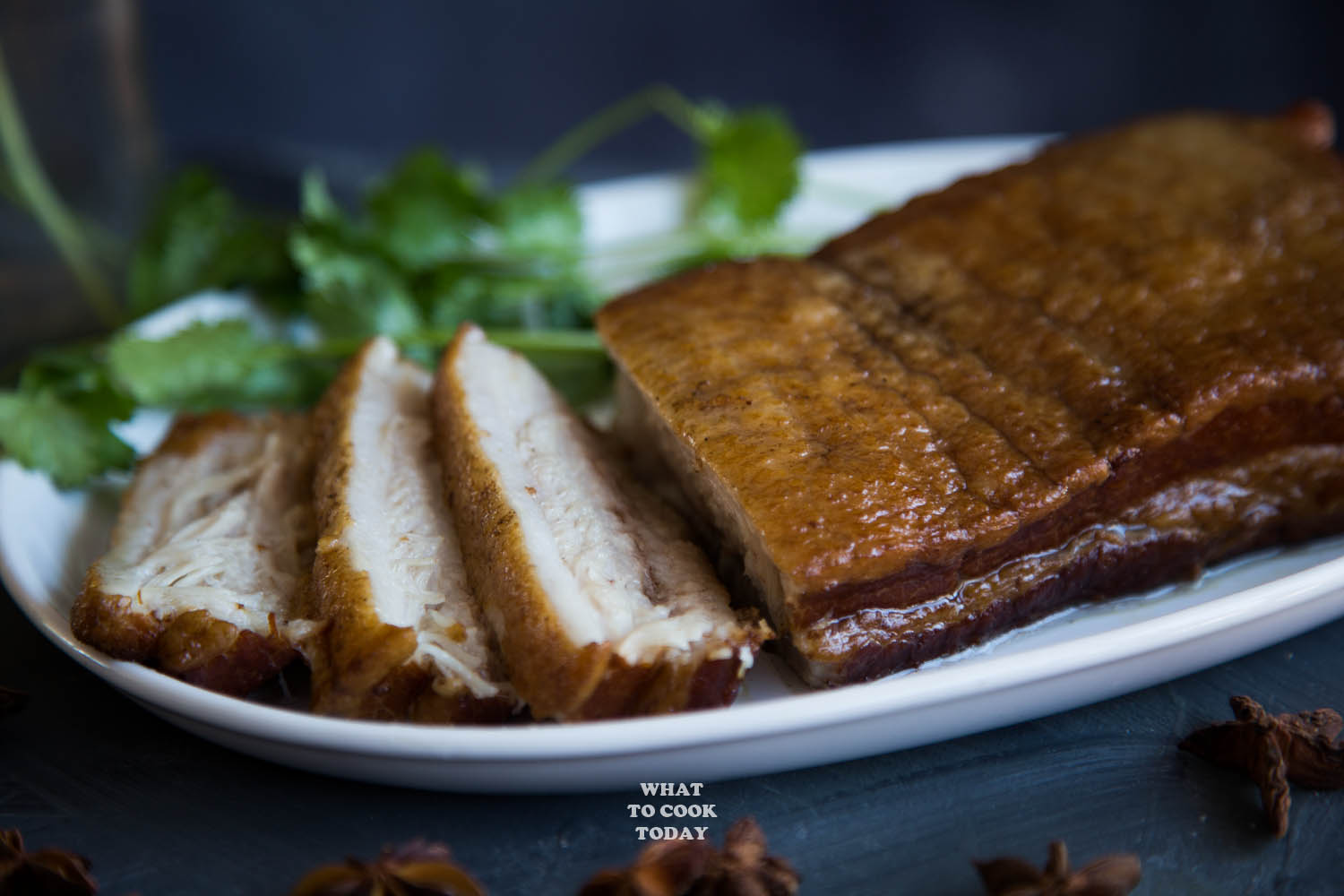 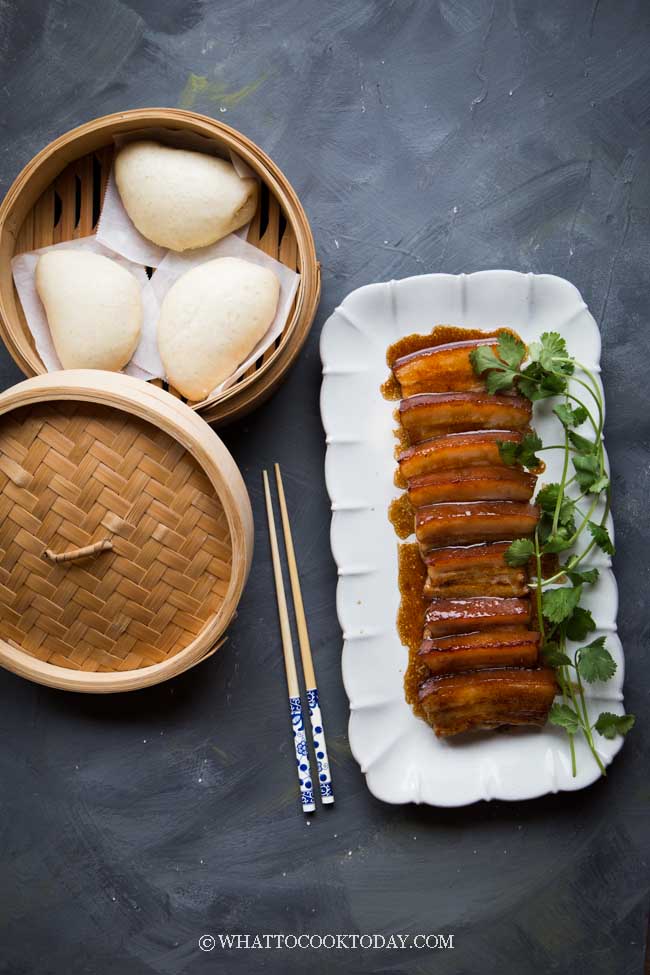 It is the same with me when reading a good book! I just cannot put it down and nothing else is of so much interest anymore… And regarding the recipe today: I can actually buy all the ingredients in the next village 🙂 🙂 It looks really good, I hope to make it soon.

I love the way you cook Marvellina, beautiful ingredients and flavors make such a wonderful dish.