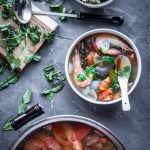 Tom Yum Goong is a very popular Thai soup that is sour, spicy, savory and incredibly aromatic. This version here is a clear soup and very easy to make. 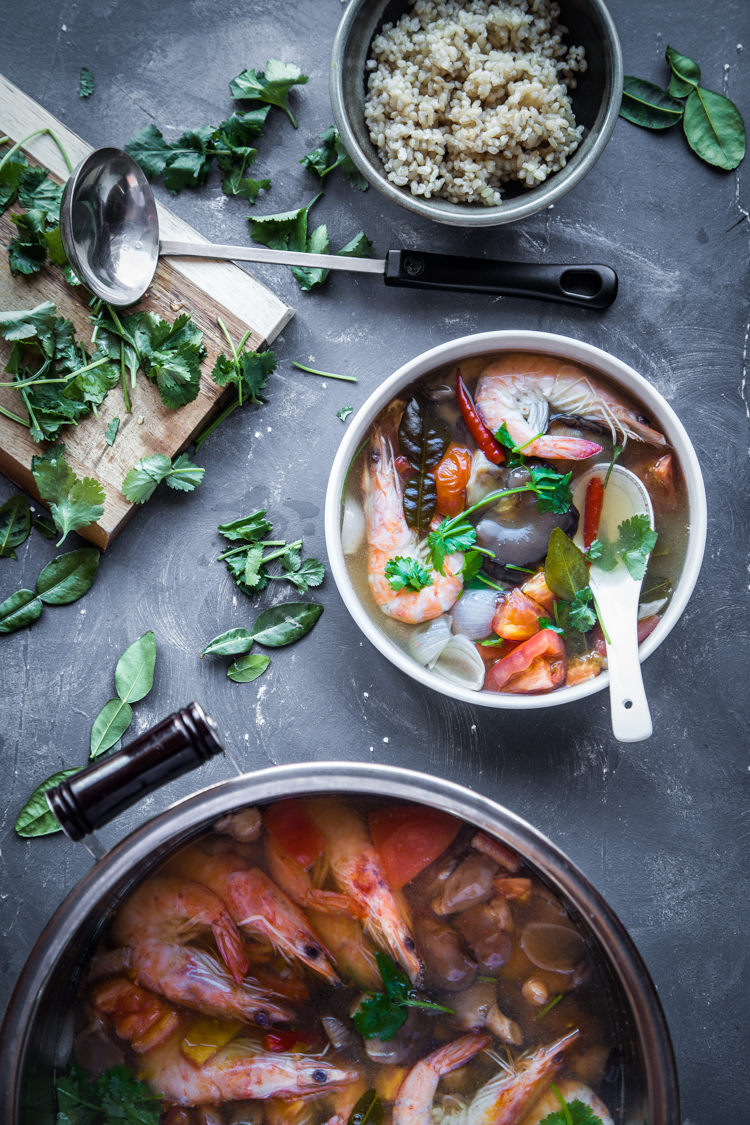 I was lucky to have known some good Thai friends who were so good at cooking, Thai food especially. They cooked the spiciest and most bold tasting food I’ve ever tasted. I think that was when my love for Thai food started to grow back in college time. I didn’t know much about cooking back then. I was spoiled with the curries they made, the stir-fried noodles, and arrays of street food. 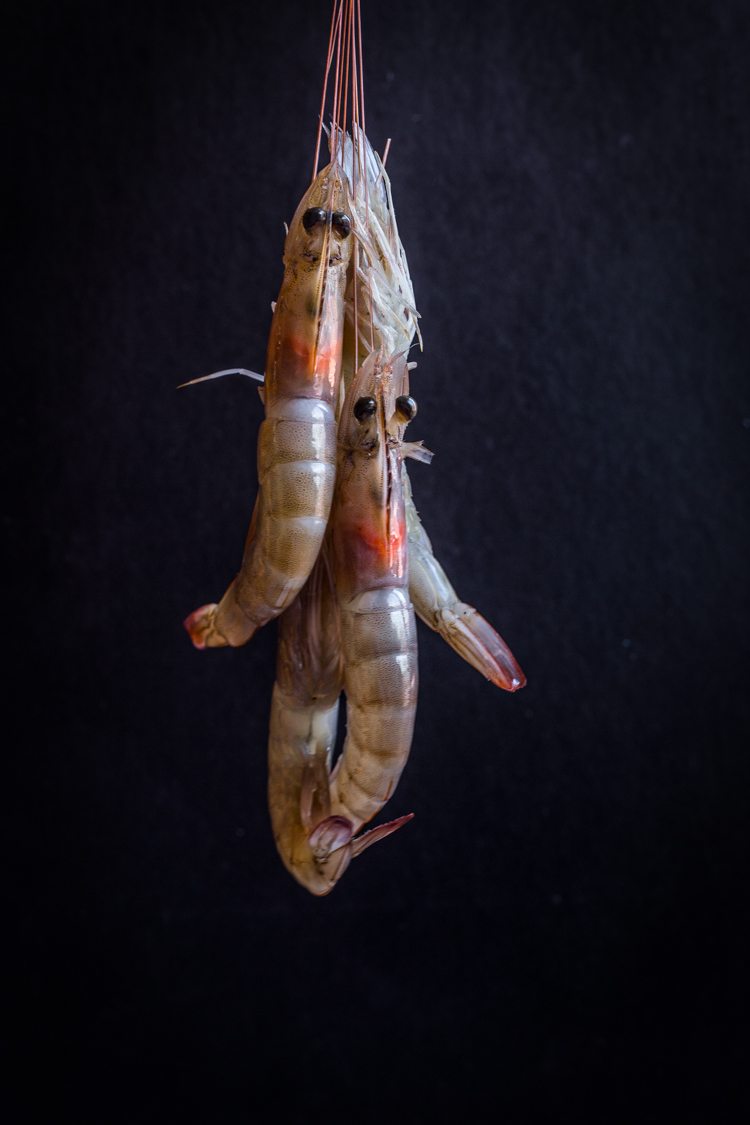 WHY THAI TOM YUM GOONG IS SO TASTY AND ADDICTING

Tom yum goong is characterized by its distinct hot and sour flavors, with fragrant herbs generously used. The basic broth is made of stock and fresh ingredients such as lemon grass, kaffir lime leaves, lime juice, fish sauce, and chili peppers. Like typical Southeast Asian food, tom yum goong has that savory, spicy, sour taste that I find addicting. Tom yum soup just whet your appetite if you ask me. That sourness is enough to get my saliva flowing !!! 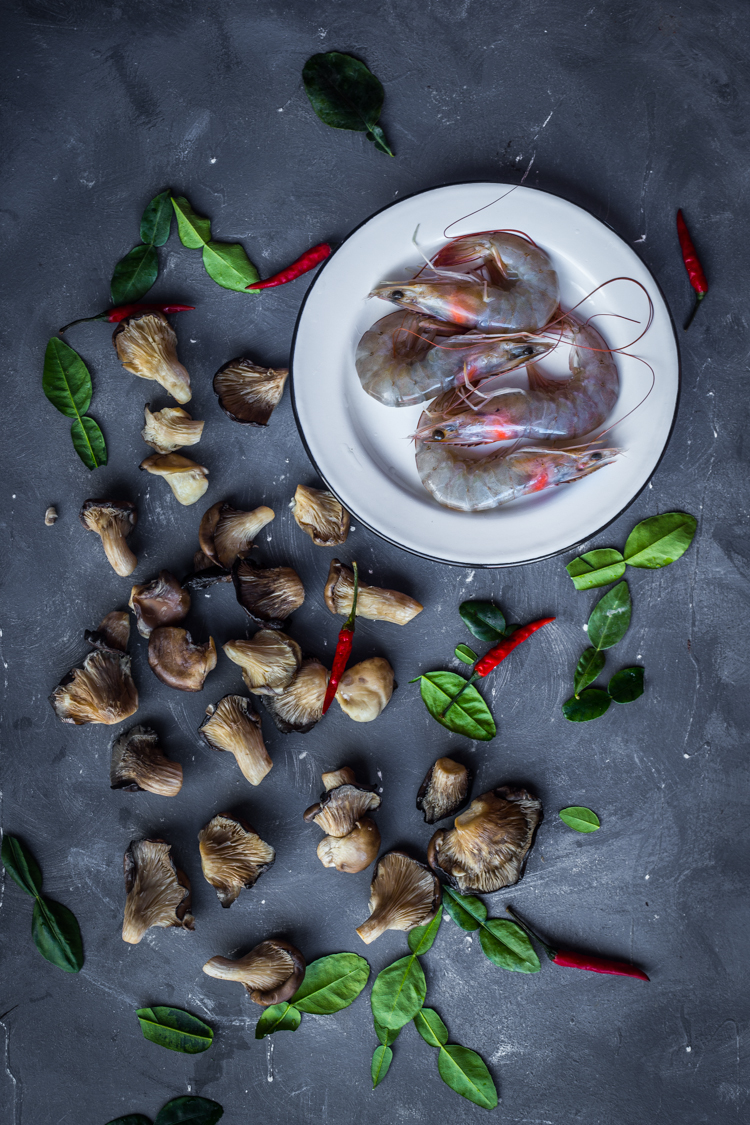 You can find readily available Tom Yum paste in any Asian stores. You’ll be amazed by how many there are out there! One caveat about using store-bought tom yum paste is if you look at the ingredient list, most of the time they have MSG (Monosodium Glutamate). A flavor enhancer that unfortunately, found in many Asian food. I just thought I could try to make a clear Tom Yum soup from scratch, which wasn’t that difficult. 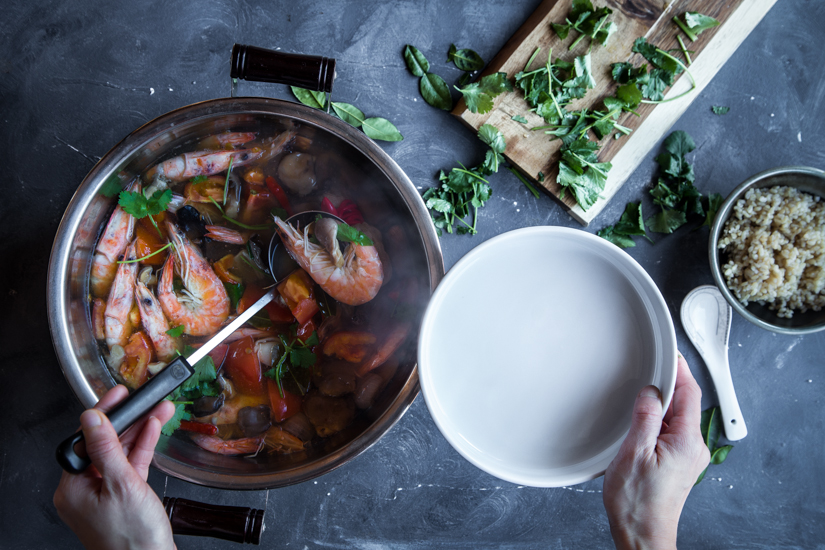 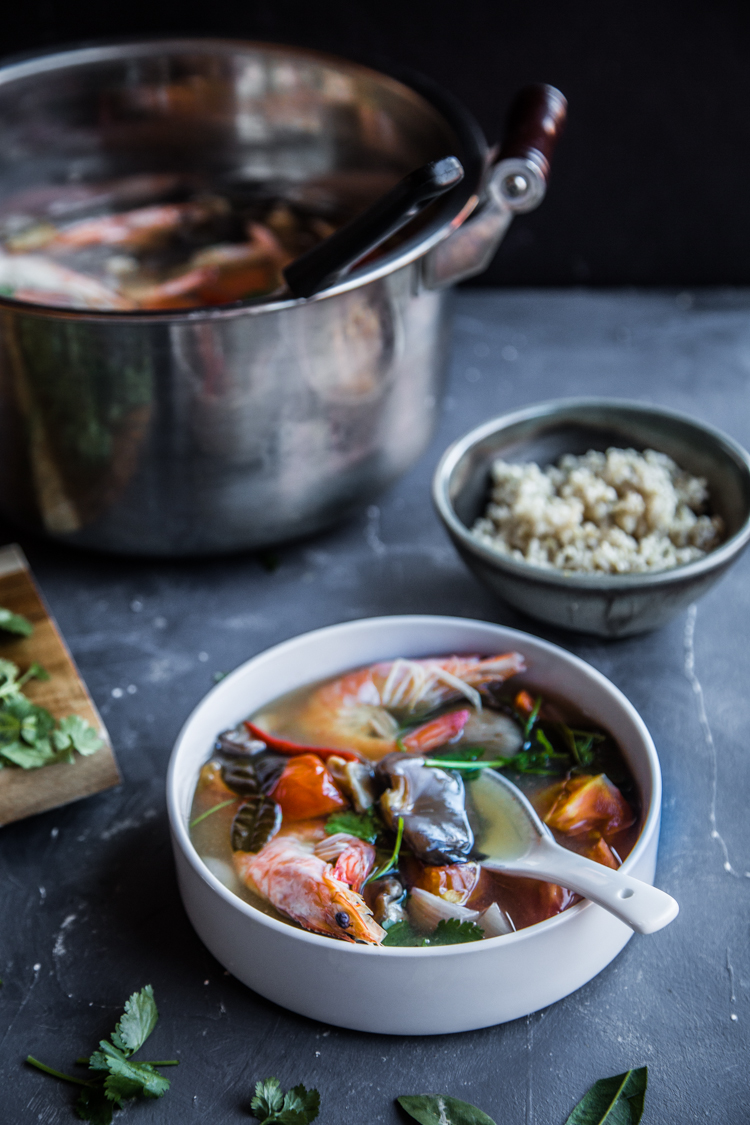 OTHER VARIETIES OF TOM YUM YOU CAN DO WITH THIS RECIPE 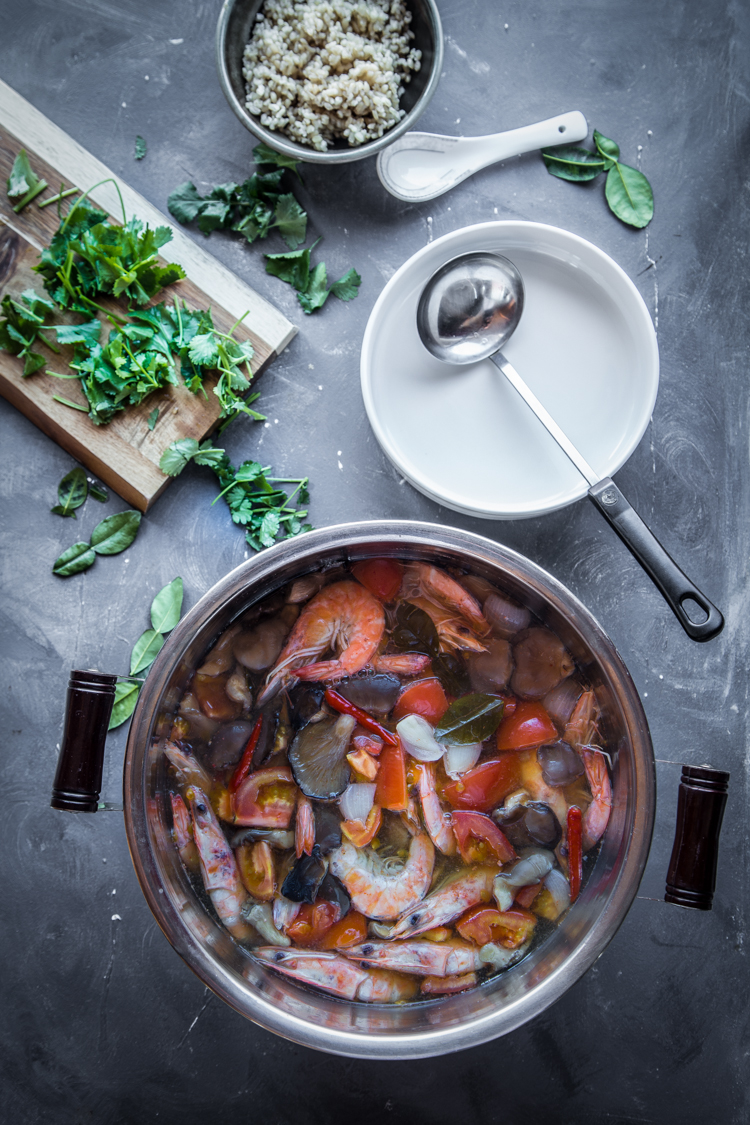 Tom yum goong is very easy to put together. There are few special ingredients that you may not be familiar with, but they can be easily found at any Asian grocery store. Some non-Asian grocery stores that carry ethnic ingredients may even have them too.
1. Galangal
You can use fresh galangal root or use a galangal powder
2. Kaffir lime leaves
Fresh kaffir lime leaves are available at the Asian grocery store. The aroma is amazing and needed in making great tasting tom yum goong. They can be at the refrigerated section or sometimes in the freezer.
3. Lemongrass
Fresh lemongrass stalk can be found in the majority of grocery stores these days
4. Fish sauce
This is my favorite brand for fish sauce 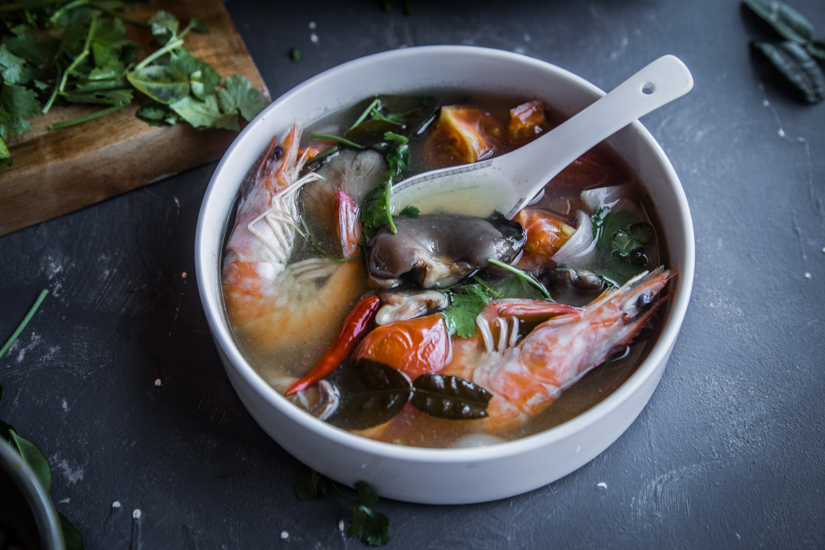 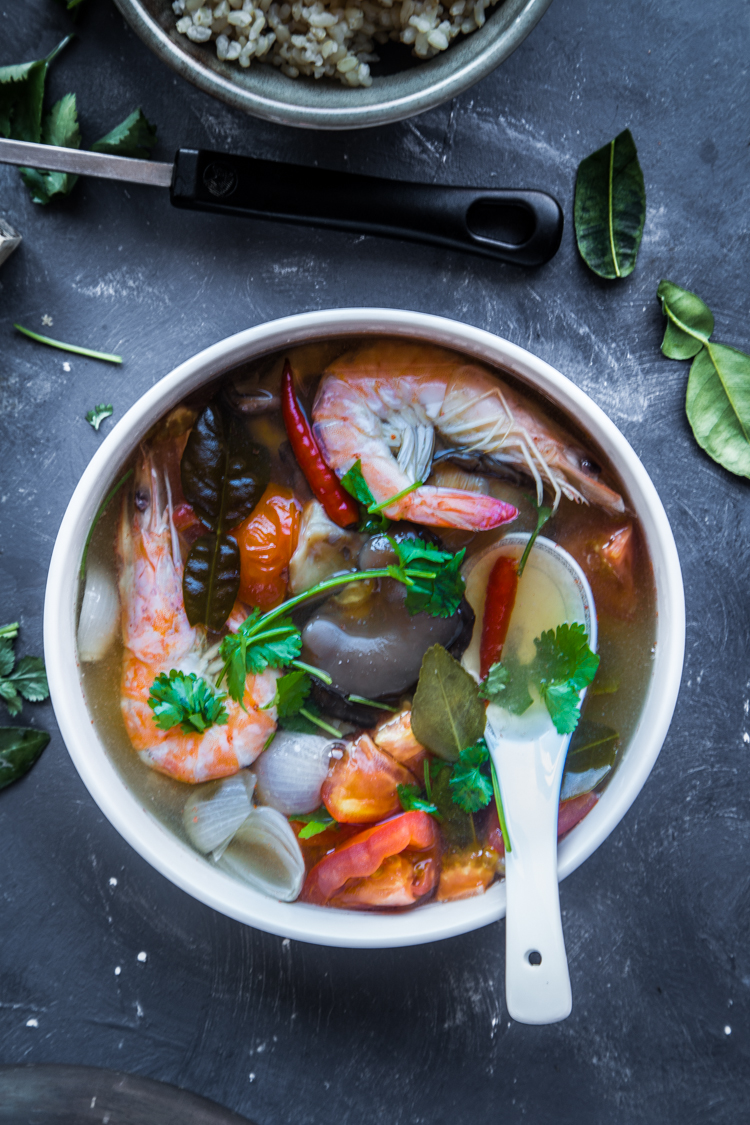 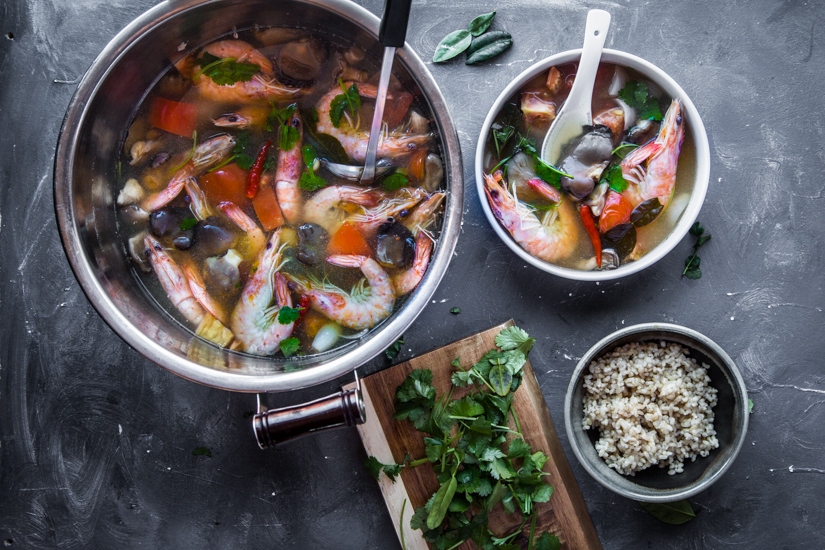 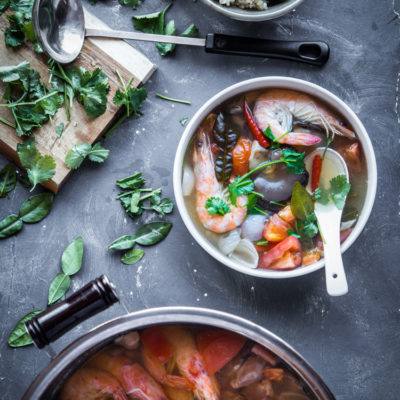 I highly encourage to weigh ingredients with a digital kitchen scale instead of using measuring cups as they are not very accurate especially when it comes to recipe that requires precision.


This blog post contains affiliate links. I earn a small commission when you made purchase at no extra cost to you. Learn more.