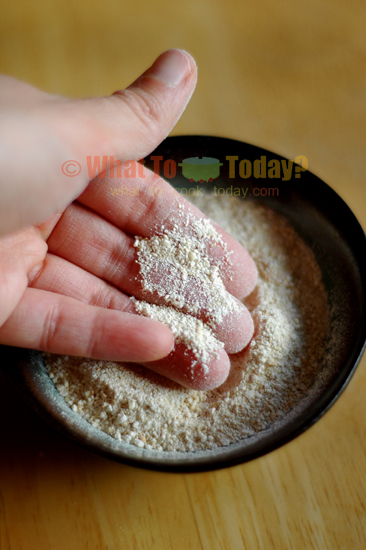 Barley is all over Tibetan-inhabited landscapes and it has became the staple in Tibet instead of rice. Barley can survive the short growing season, cold winters, and relatively dry summers of Tibet.
According to the Beyond The Great Wall cookbook, They weren’t sure when tsampa was first made, but tsampa is a very inventive and adaptable food. The whole barley grains are roasted in hot sand, and then ground to a fine powder, as fine as flour. Raw flour, like raw grain, is not edible, but because tsampa is made from cooked grain, it needs no further cooking.

Tsampa truthfully has such a wonderful aroma. The Tibetans not only used it in cooking, but also in their tea. What I learned from this cookbook was that, Tibetan’s tea is made with butter and salt, so when you add tsampa in, it’s like an instant bread you can drink. I prepared this to make Tsampa Soup.

0 from 0 votes
**The recipe is written in Metric and sometimes I include U.S. Measurements**

You are welcome Danielle.