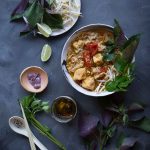 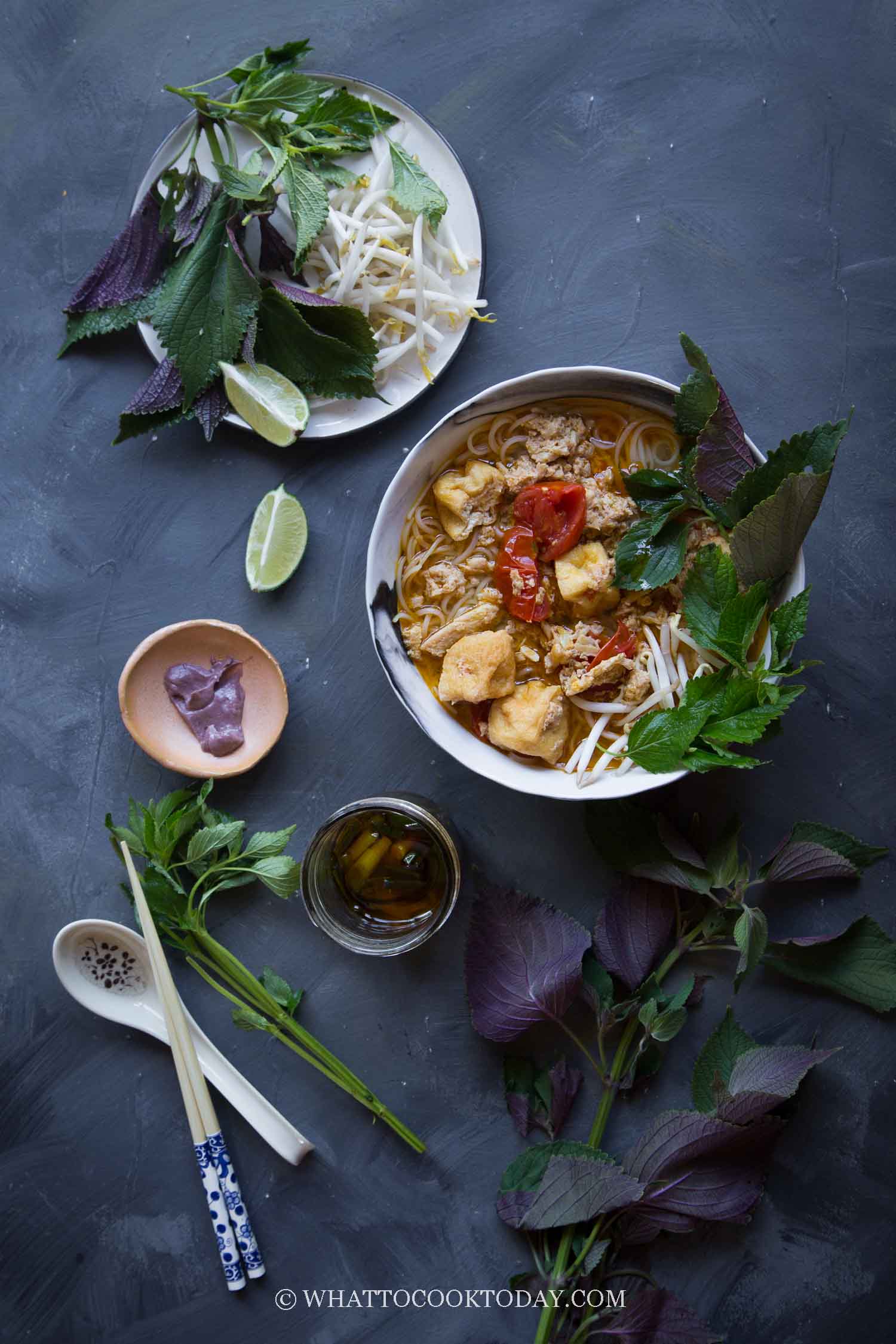 May I share with you another one of my favorite Vietnamese noodle soup beside pho bo, pho ga, bun bo hue, and bun bo gio heo? Bun rieu cua my friend! bun rieu cua! If you like crabmeat, you will like bun rieu cua. 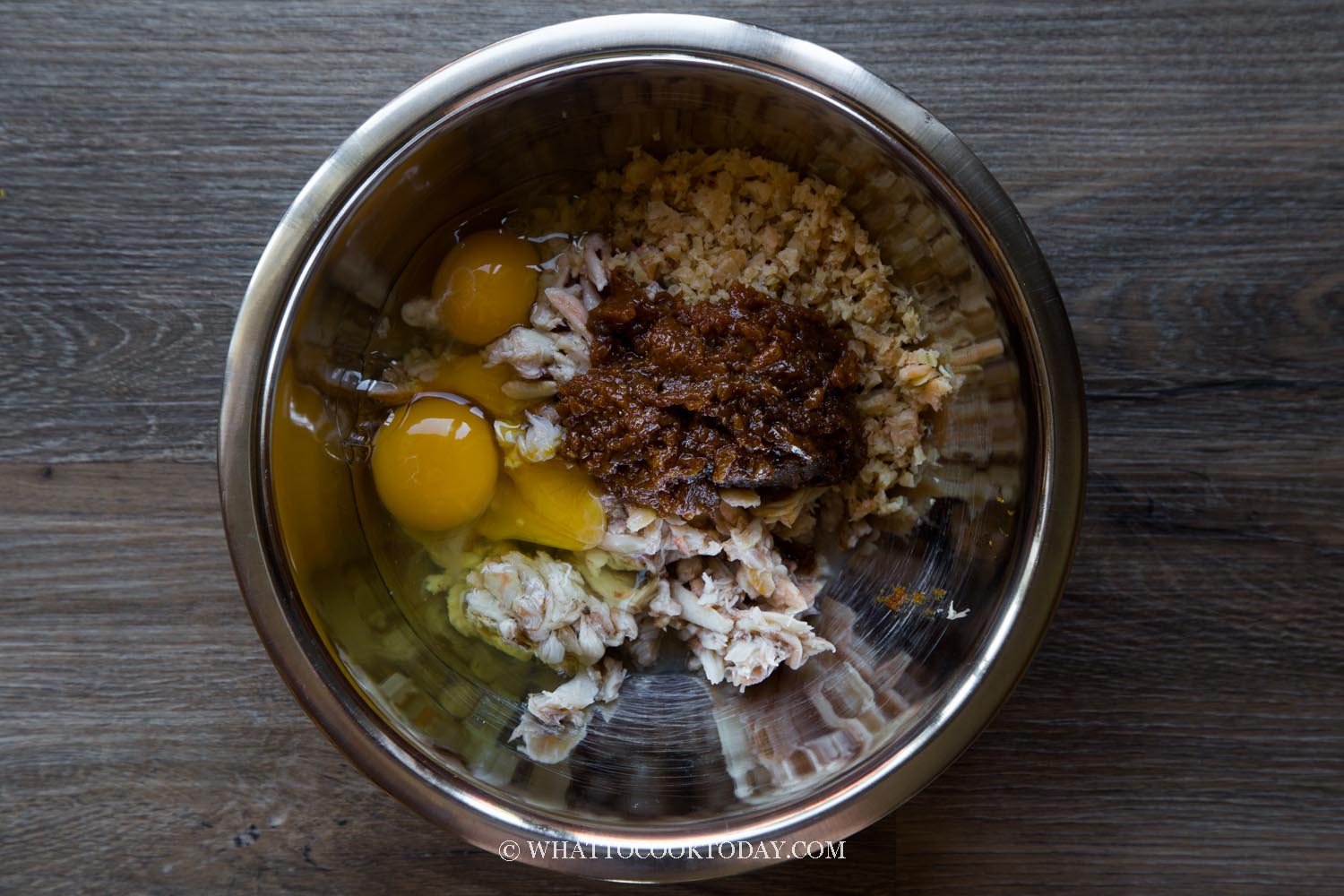 Bun rieu cua is basically a noodle soup topped with crabmeat, egg, sometimes ground pork, mixture and served in savory rich broth, tomatoes, and served with fresh herbs like tia to (Vietnamese perilla), Vietnamese balm (lemon mint), split water spinach stems, congealed pig’s blood cake. I didn’t include the split water spinach stems and blood cakes in this recipe. I love blood cakes, but the Asian store I went to do not have any in stock when I was there (bummer!). Nevertheless, it’s still tasty without it. There are also bun rieu ca (made with fish) and bun rieu oc (made with shellfish). 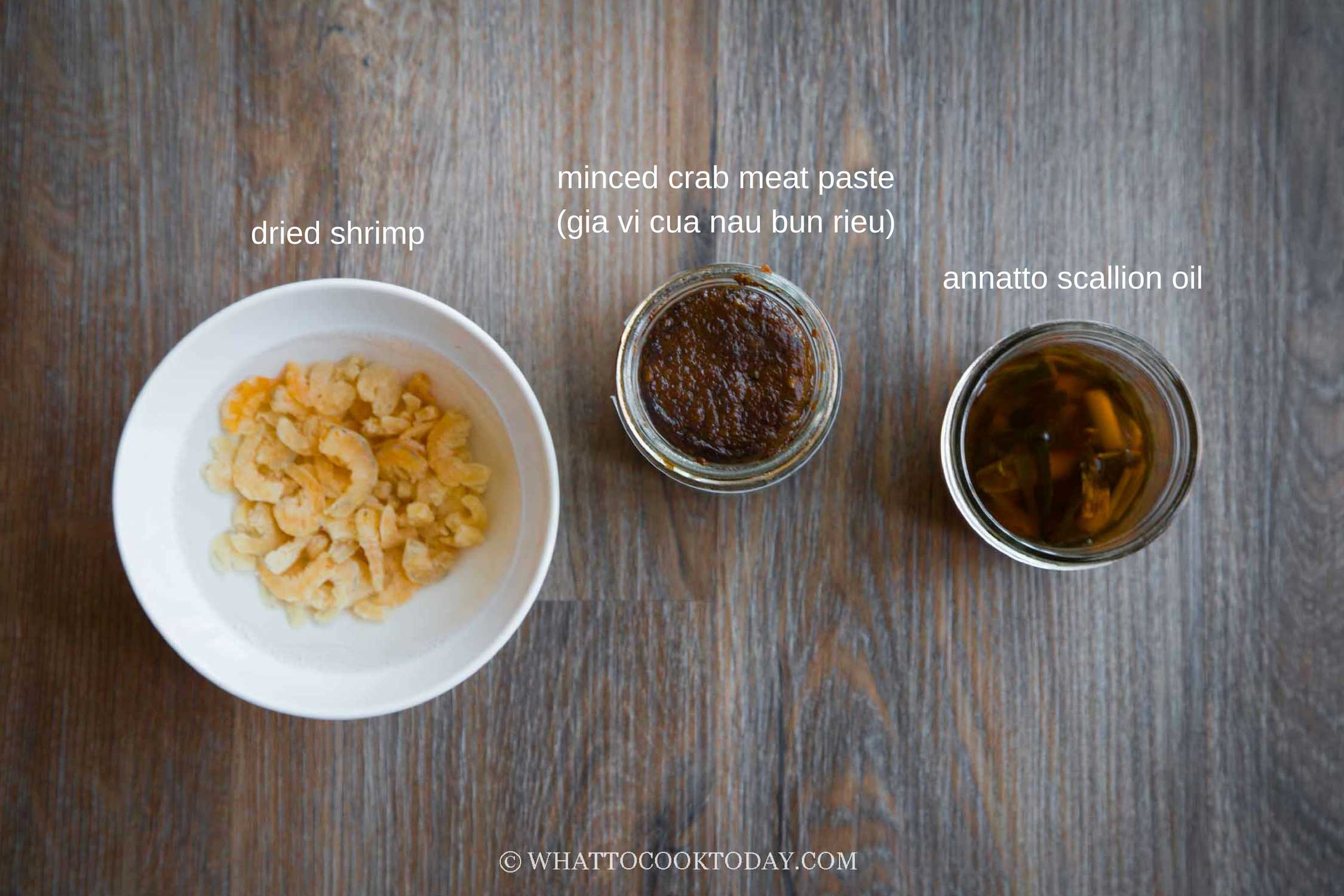 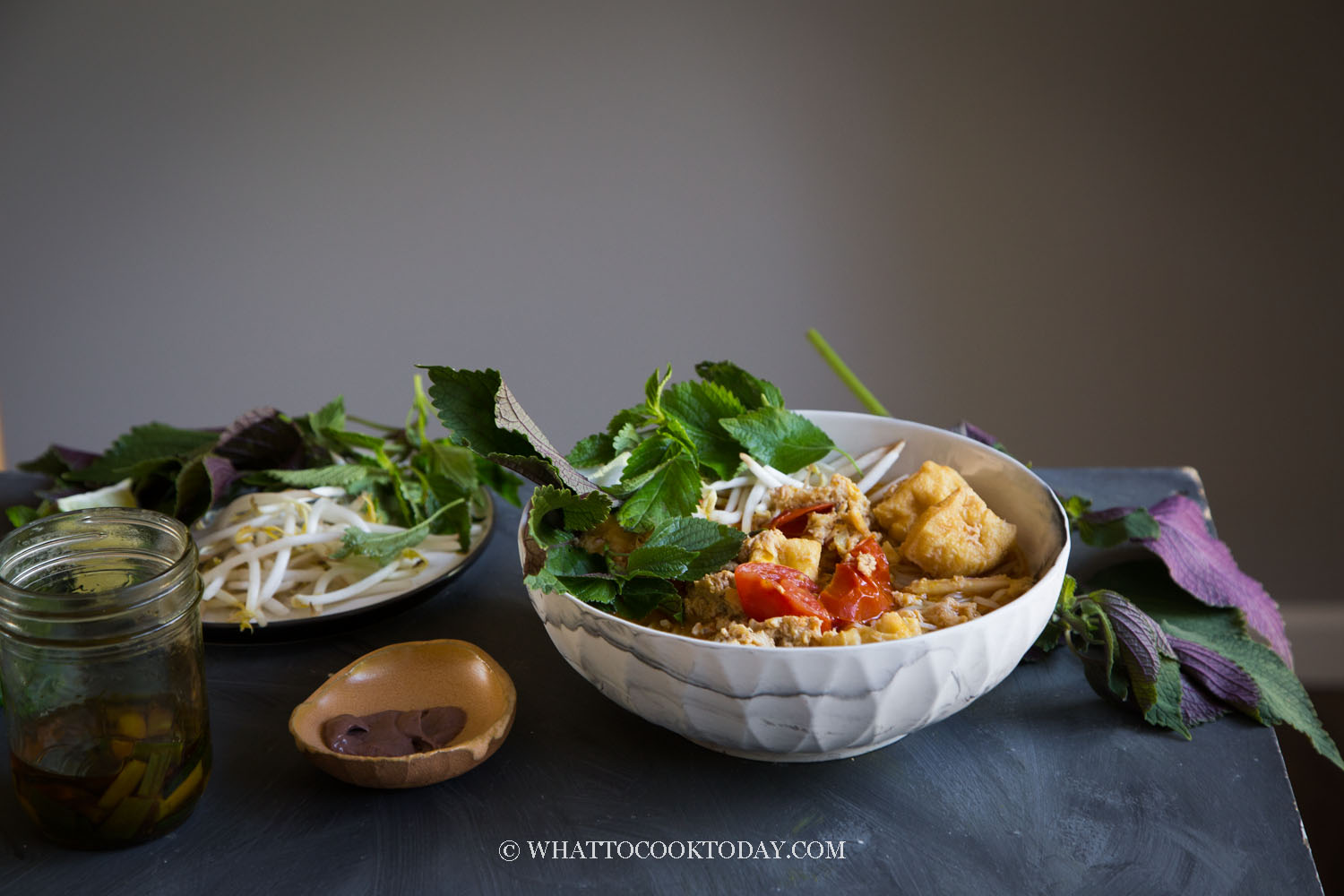 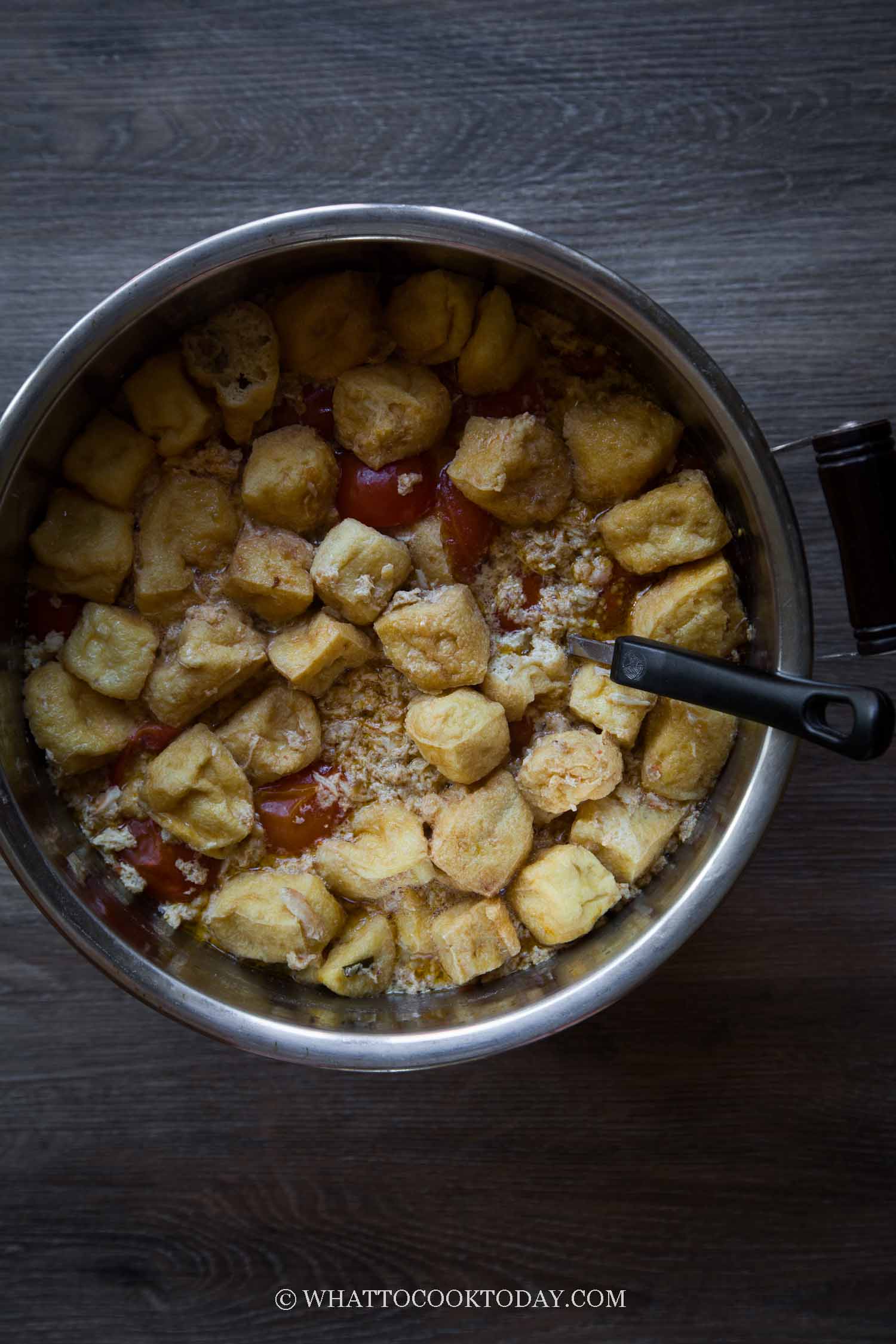 HOW TO EASILY MAKE BUN RIEU CUA
1. Prepare annatto seeds oil the day before or several days before
2. Use store-bought bone broth
3. Bring the broth to a boil and then season with fish sauce and sugar
4. Briefly cook tomatoes and fried tofu puffs in the broth
5. Spoon the crab egg mixture into the simmering broth
6. Have a final taste and adjust with adding more fish sauce and/or sugar if necessary 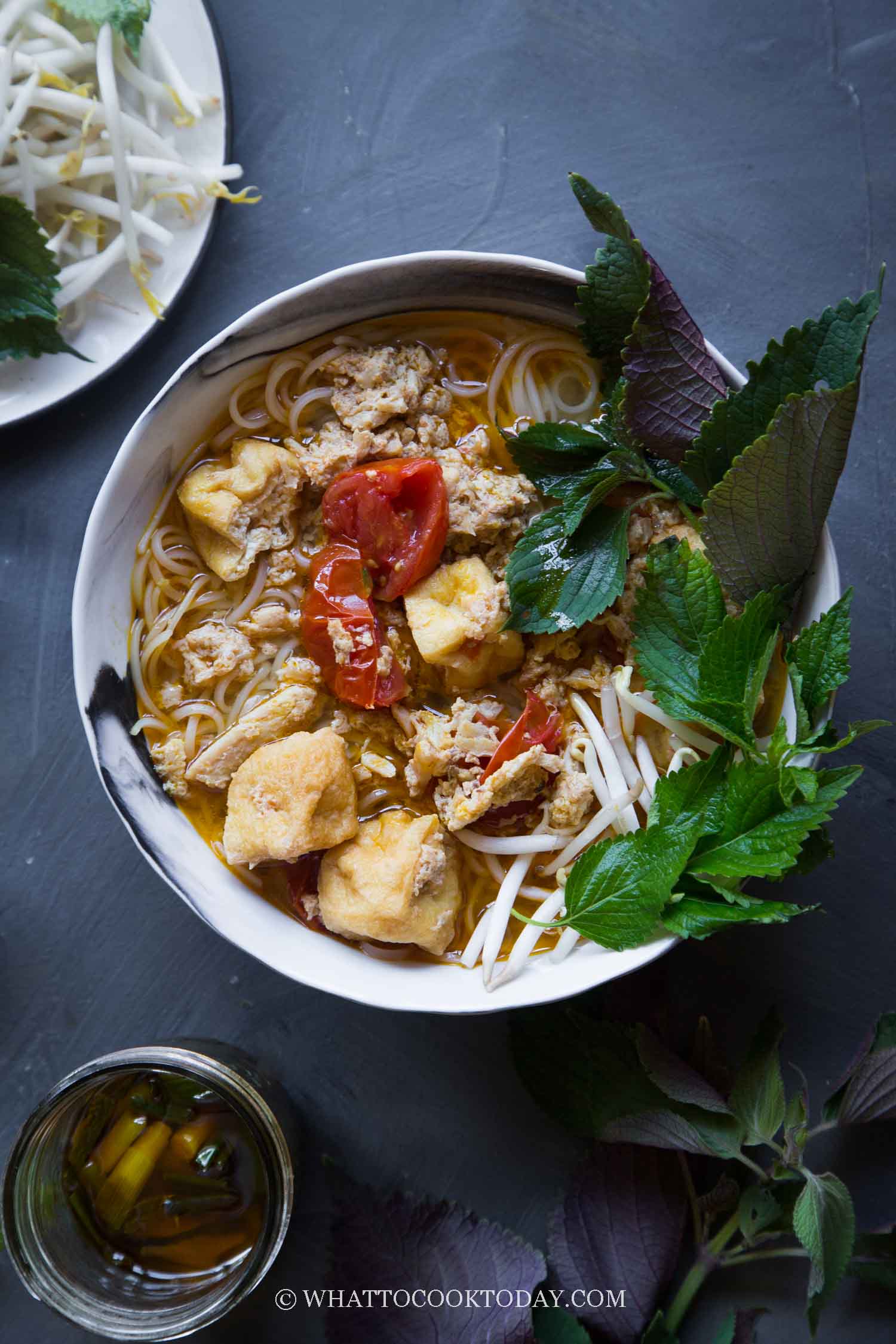 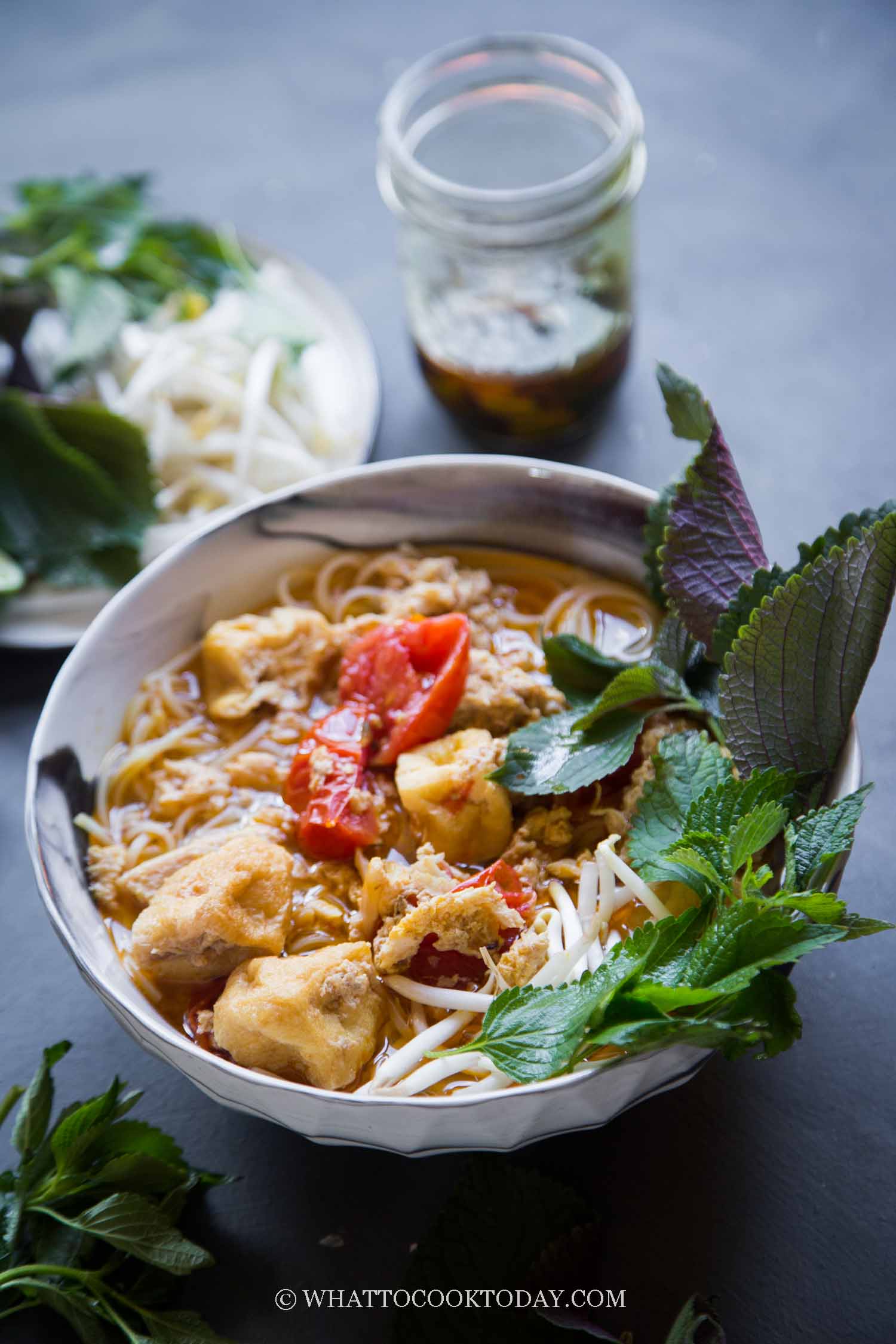 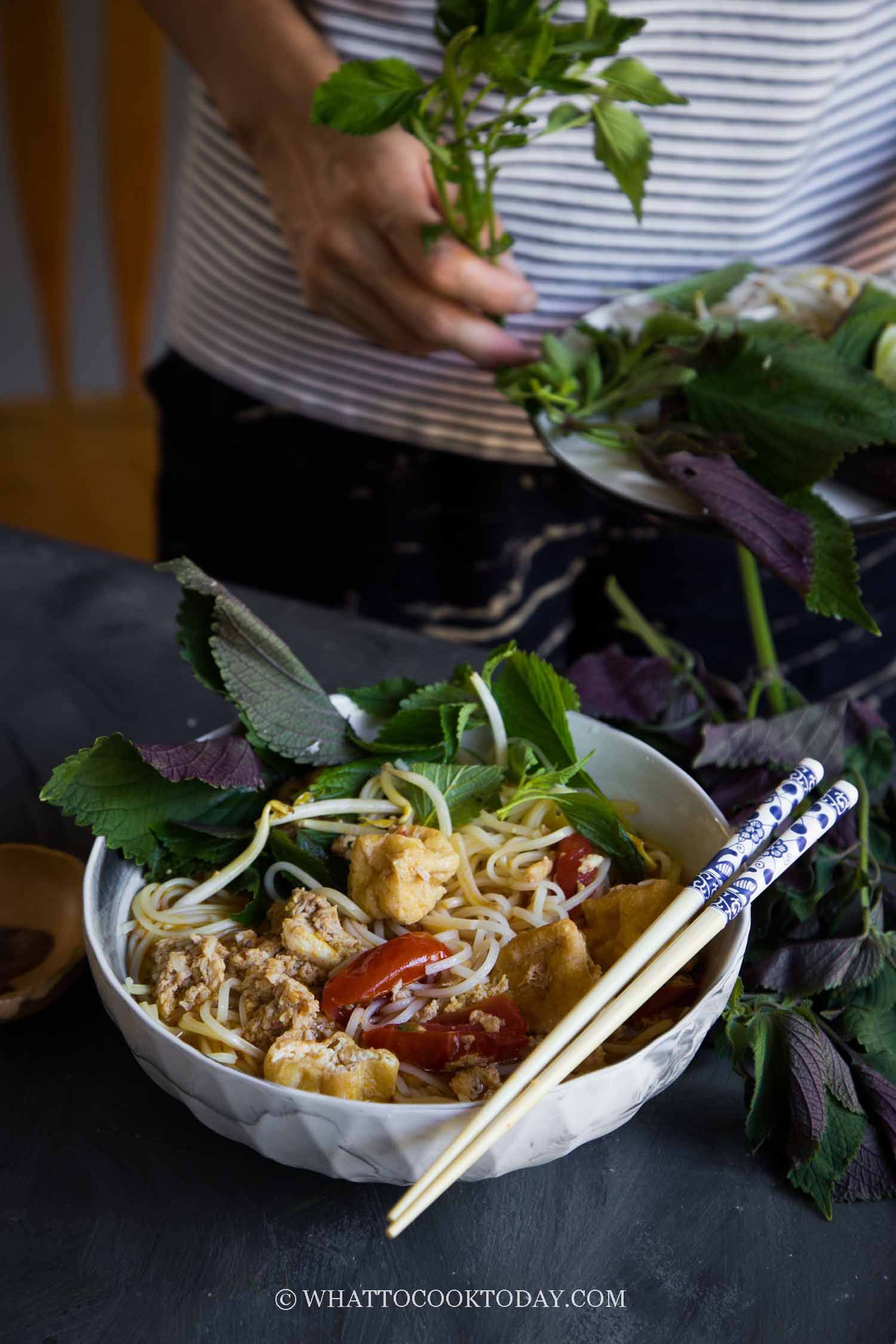 This dose of bun rieu cua definitely safisfied that craving! 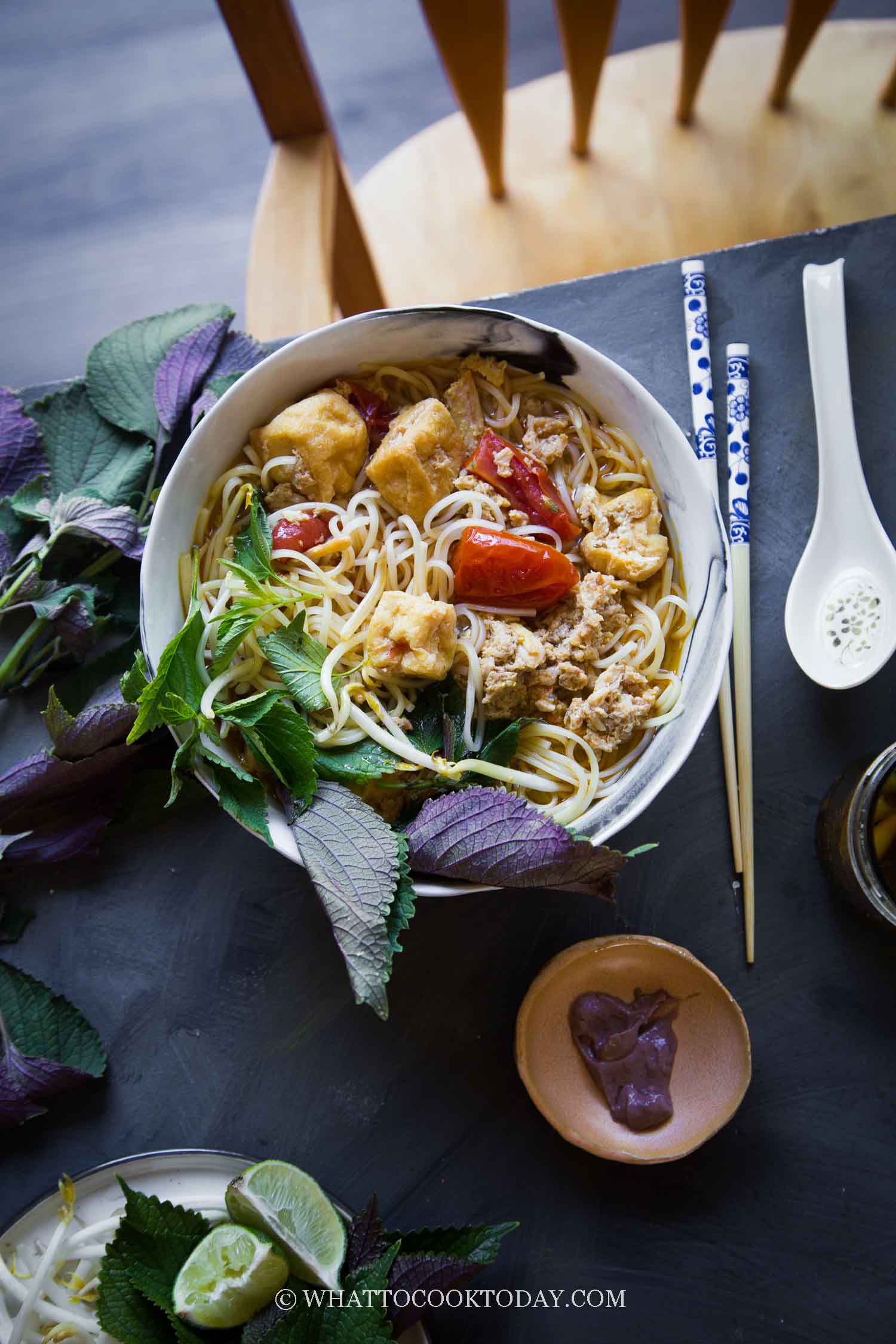 Recipe was originally published in 2014 and now updated with new photos.

Make annatto scallion oil (can be prepared few days ahead):