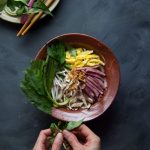 Hanoi style rice vermicelli noodle soup that is mild in taste but incredibly satisfying served with chicken, ham, and eggs. Can be made with a pressure cooker or on the stove. 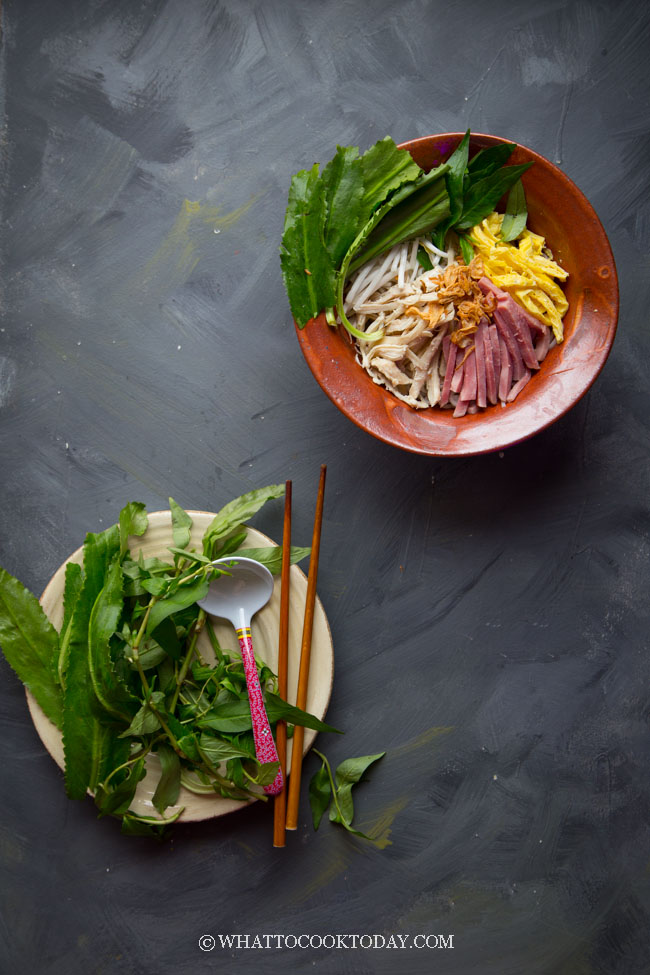 After more than a month of absence, it feels good to be able to get back to some routine. I finally kinda feel like myself a little bit after giving birth. It’s been exhausting since October 14, but it’s rewarding at the same time. I can’t imagine it any other way 🙂 We’re in love with him more and more each day 🙂 It feels good to cuddle with him in this cold winter season. I’m grateful that my mom is still around to help out, otherwise, I probably won’t be able to sit down here typing up this recipe 🙂 Mom is good. Mom is the best of the best. I gotta give credits to my husband too. I really don’t know what to do without him around helping out.

Anyway, with no further due, I present to you this Vietnamese Bun Thang!

Bun thang is definitely not something you spot in Vietnamese restaurants’ menus. You will see pho bo, pho ga, bun bo hue, bun thit nuong, or sometimes bun rieu, but I’ve yet to come across bun thang. It is said that bun than is popular in north Vietnam and usually eaten during Vietnamese new year (Tet festival), but the popularity seems to stay there. That could be the reason why it’s not so widespread like other Vietnamese noodle soup we’ve heard and tasted before. 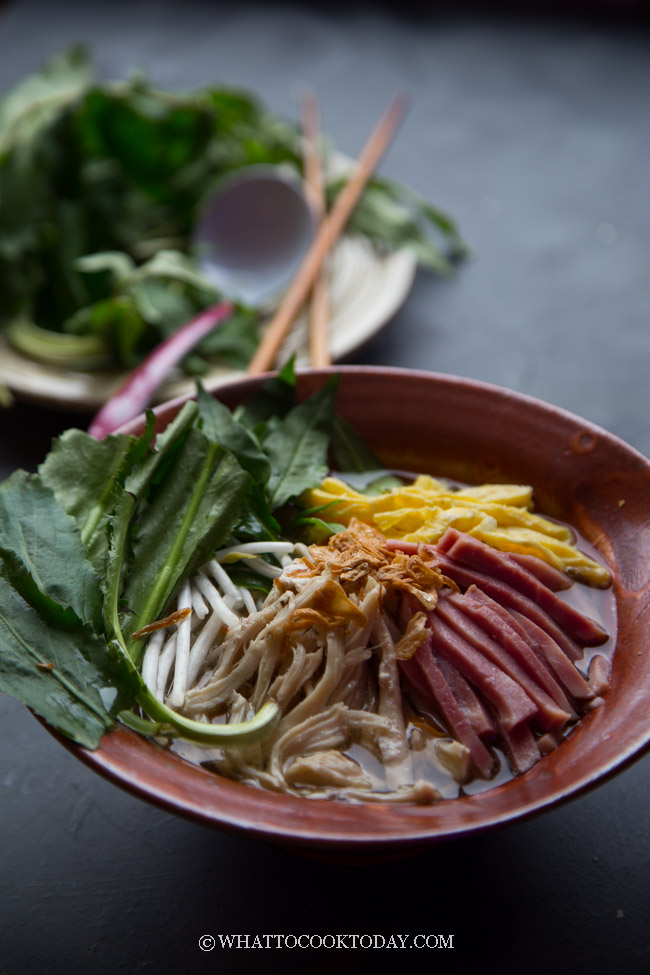 The broth is made with pork neck bones, chicken, onion, dried shrimp and seasonings like fish sauce, sugar, and salt. It’s pretty simple if you ask me compared to making a pho ga or pho bo, which involves more spices. I have to tell you though, the dried shrimp really shines through in the broth. To me, it’s a must to include dried shrimp. It adds that amazing umami flavor.
Here’s how I make the broth with pressure cooker:
1. Pressure cook the chicken on high pressure for 10 minutes
The juice collected will then be used further while making the broth. The nice thing about pressure cooker is I can start with frozen chicken thighs/breasts and they cook in no time without overcooking the chicken 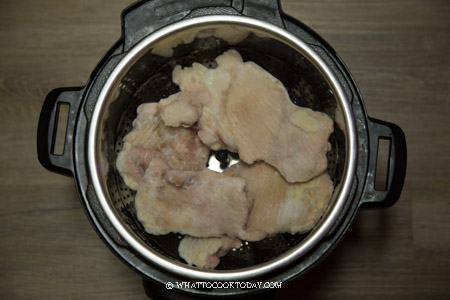 2. Then I add pork neck bones, dried shrimp, onion slices and water to cover the bones 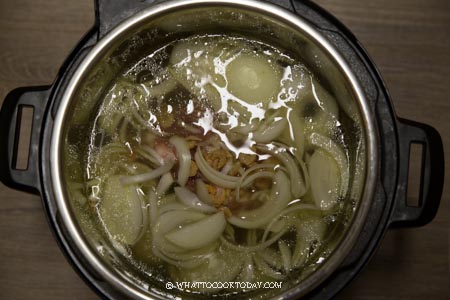 3. Pressure cook on high pressure for 45 minutes and then strain stock and seasoned to taste 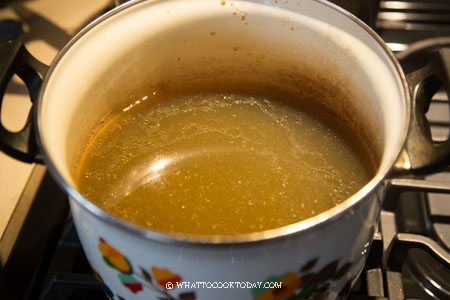 Bun thang is usually characterized by its toppings cut into long strips. Strips of chicken, Vietnamese ham (cha lua), and omelets are usually used as toppings. I did not have any cha lua on hand and so I just used up leftover ham from Christmas 😉 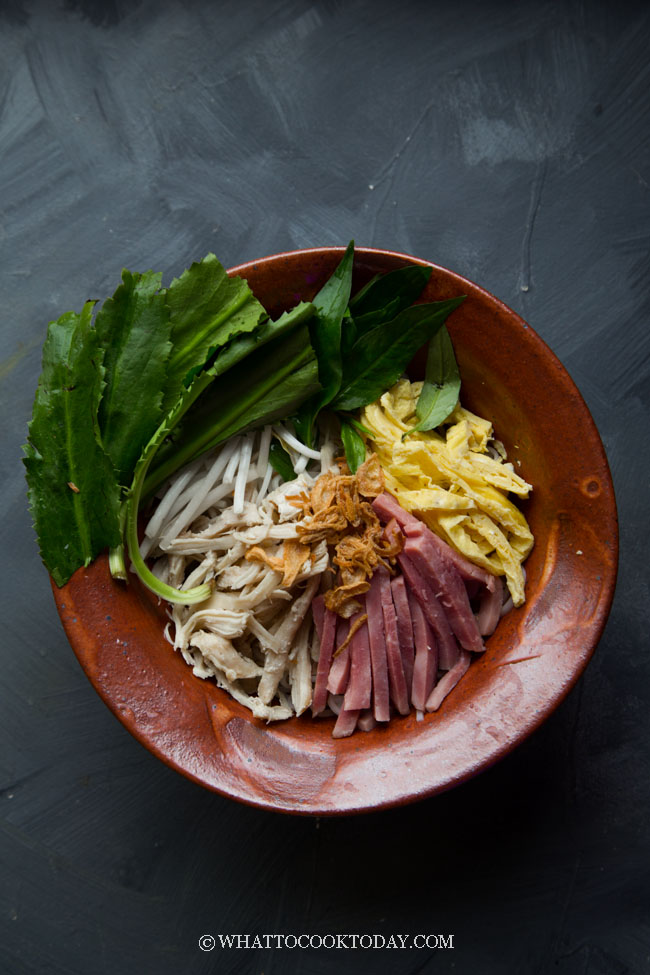 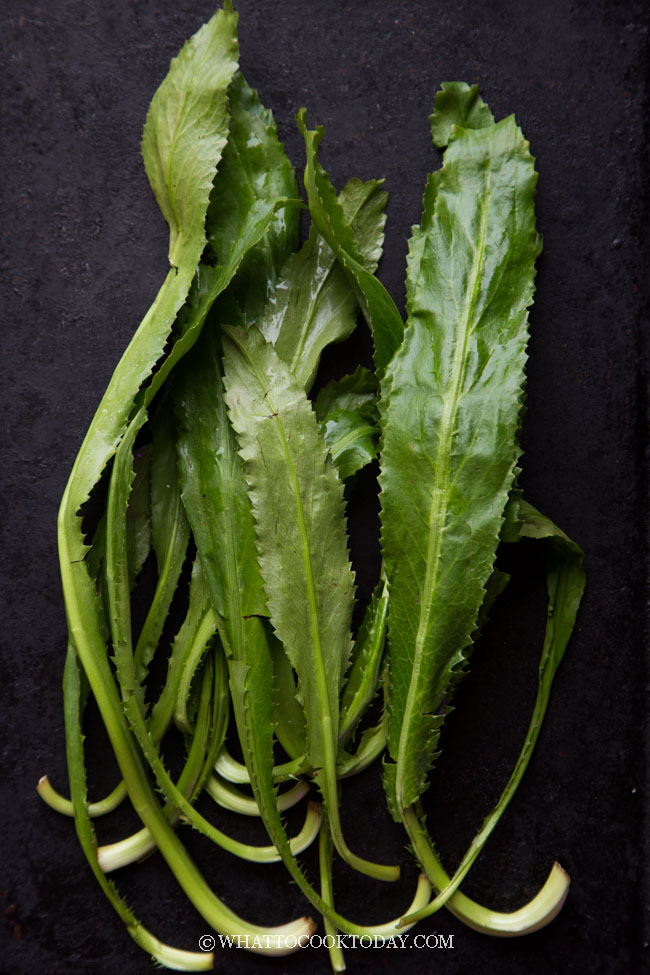 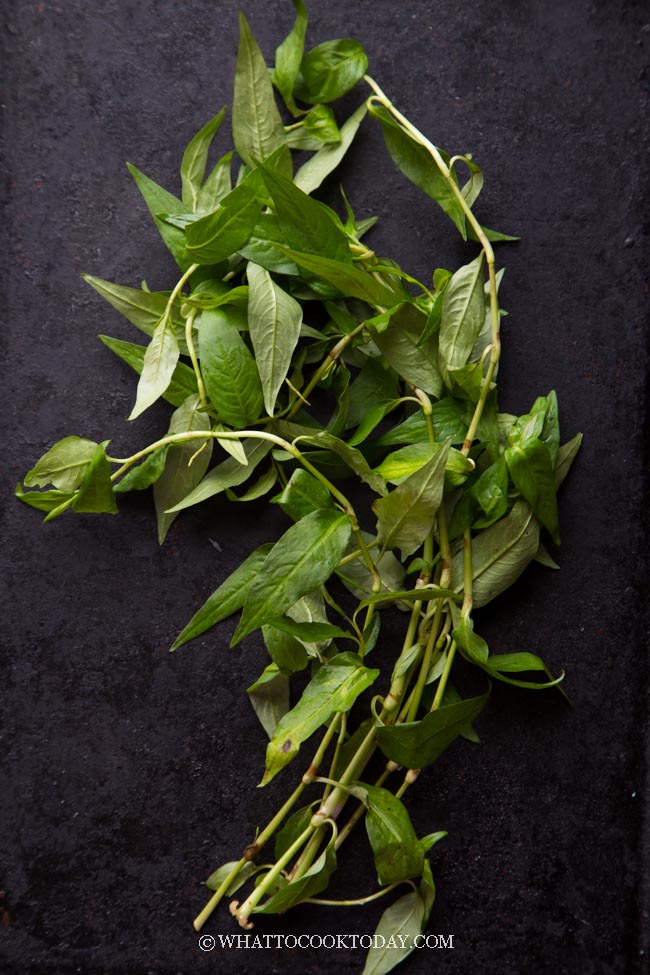 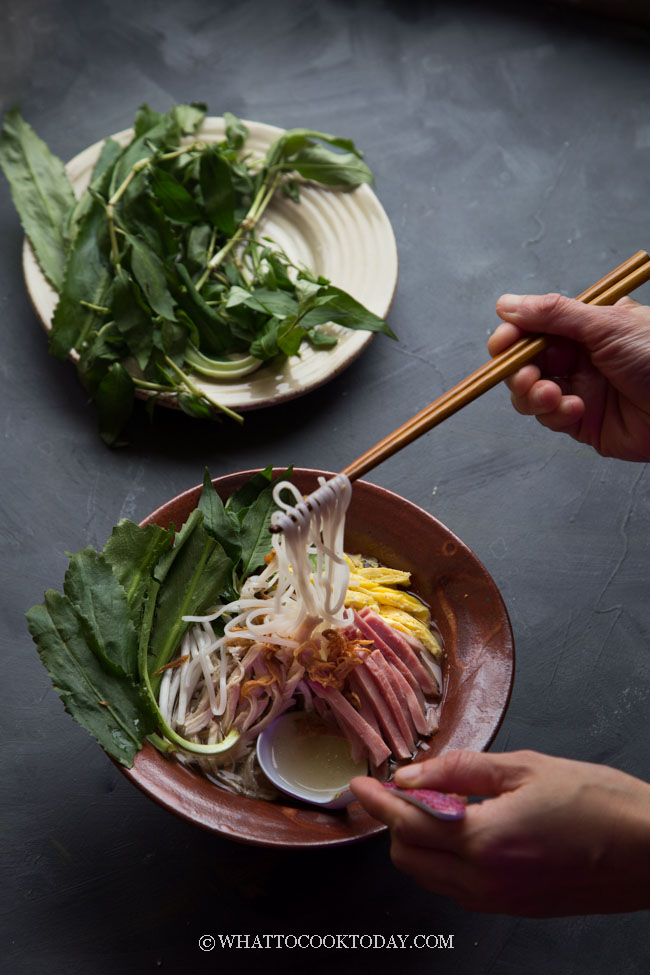 The main bulk of the work is basically in preparing the broth and cutting/shredding the toppings into strips. I can assure you though you will not regret it. 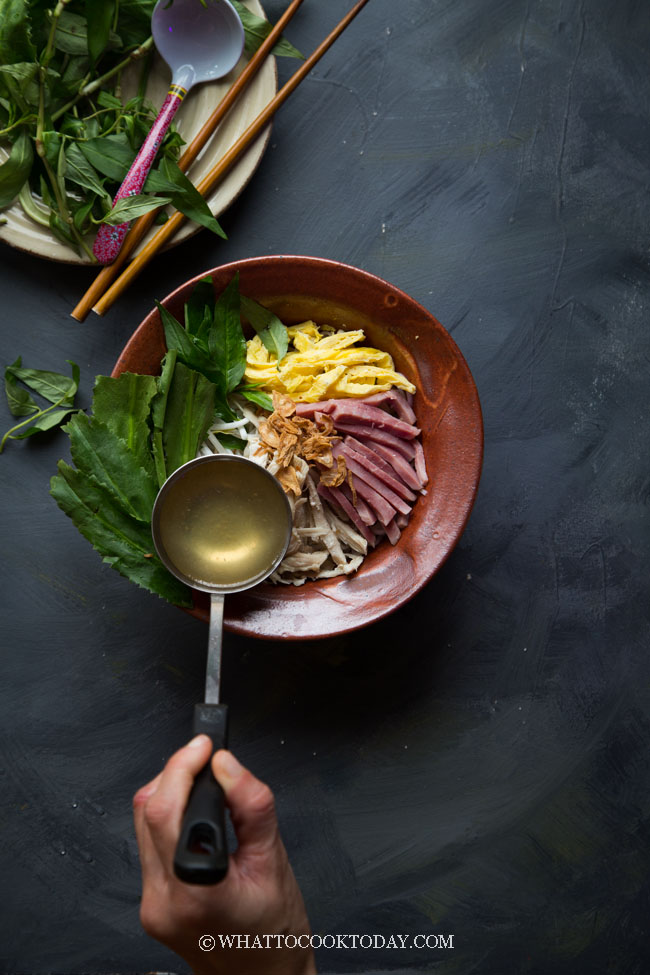 Winter is miserable enough, but a bowl of bun thang is enough to make me forget about this gloomy winter (at least until I’m done eating!). 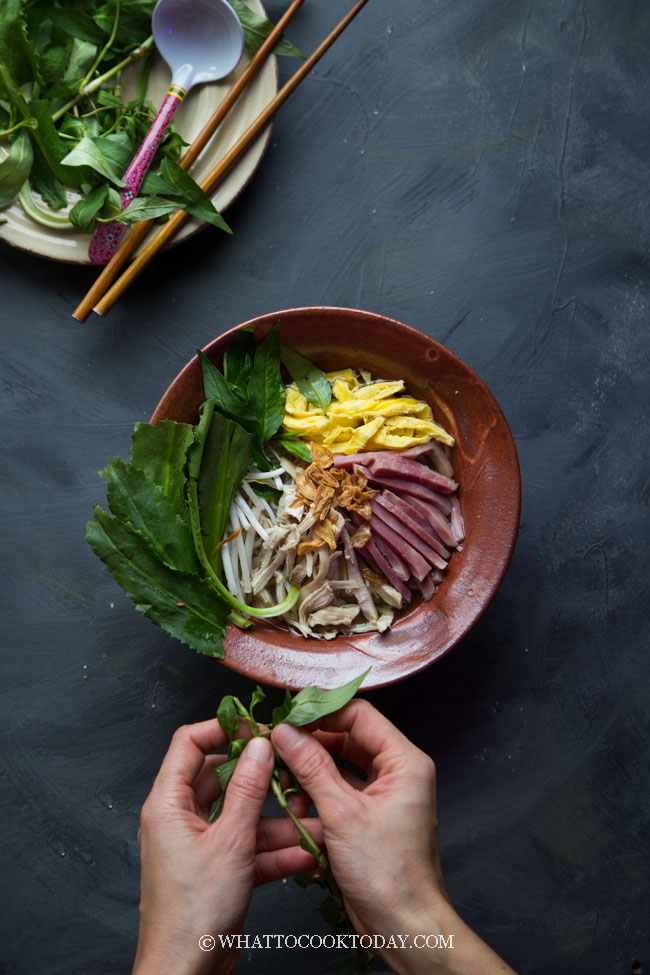 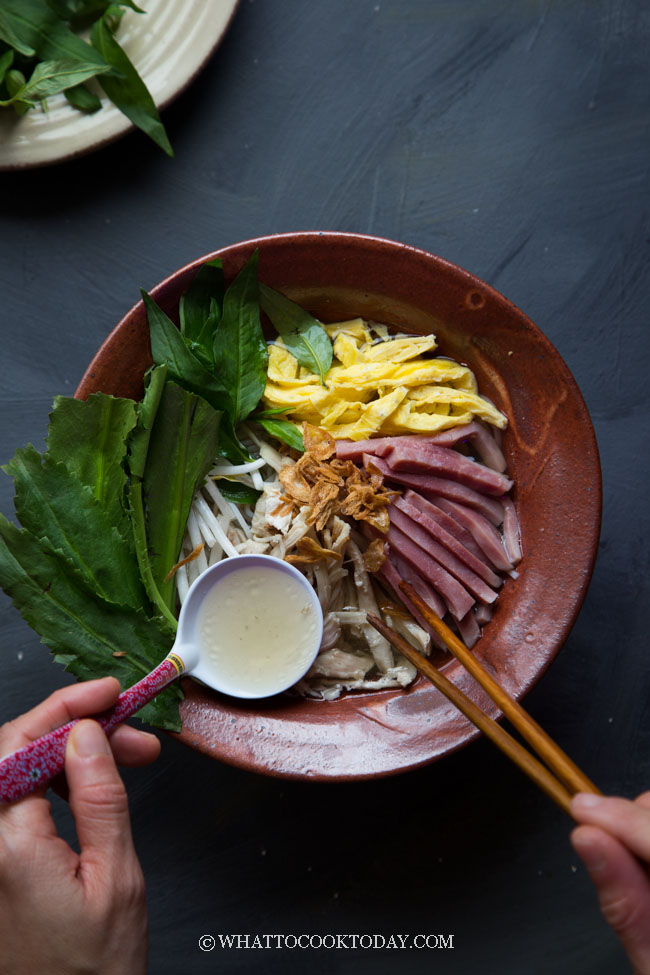 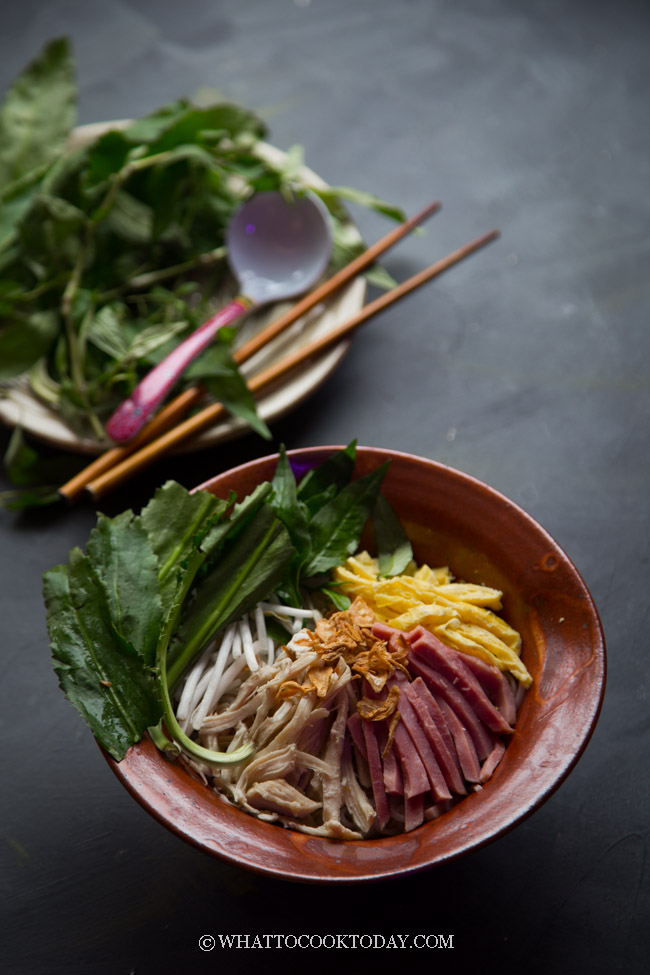 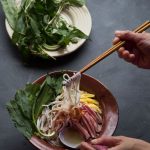 Serve with (you can use whatever herbs you like):

Cooking the chicken and make the broth in Instant Pot pressure cooker:

Cooking the chicken and make the broth in Instant Pot pressure cooker: