HOW TO MAKE YOUR OWN TEMPEH AT HOME

Soybeans are cultured and fermented in a controlled environment and this process binds the beans into a cake. Rich source of cheap protein.

Making my own tempeh is another one of the projects that have been on my list for a few years now and finally, I’ve gotten a chance to do it. Tempeh is considered a “street food” in Indonesia. It wasn’t popular outside Indonesia before. It’s sold at the market and considered a very cheap source of protein. Nowadays though, with its popularity as a good source of non-animal protein, the word tempeh is not so alien anymore in the Western hemisphere.

The thought of making my own tempeh was a bit intimidating at first. I failed for the first time and this was the second time I tried it and I succeeded 🙂 I got the “tempeh starter”, which is pretty much a white powder that causes the white spores to grow on the soybeans during culturing.

There is instruction comes with the tempeh starter that I purchased, but I modified the instruction a little bit. I don’t have any special equipment. Just the oven. If you are in a warm tropical country (like the temperature in Indonesia at the upper 80s to mid-90s), there’s no need for an oven. It’s warm enough as it is. 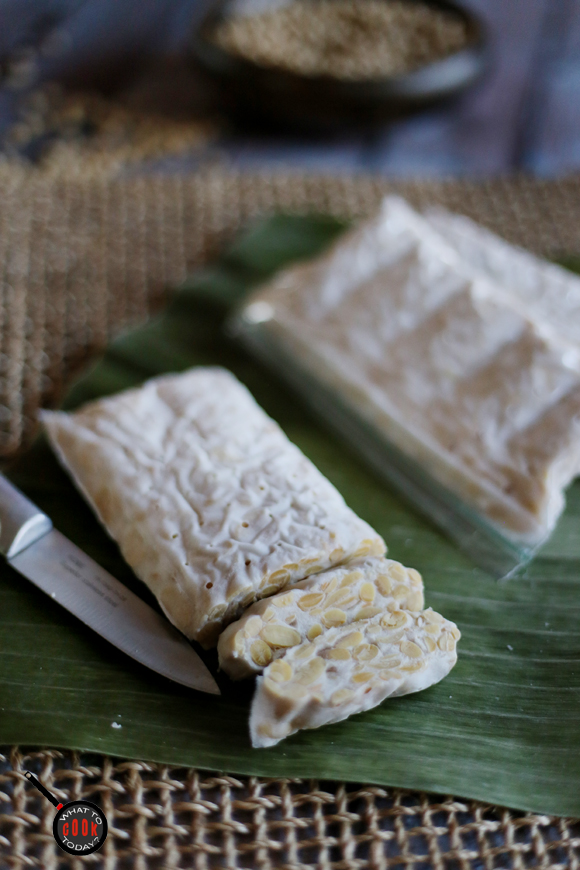 How to make your own tempeh at home

Next time around, I’ll try with black beans 🙂 Now, I have more confidence to make more tempeh. Check off the list 🙂
More tempeh recipes here