Easy Swedish Rosette is super easy to make, crispy and delicious and resembles the look of traditional Swedish Rosette without all the fuss. Made with thin wonton wrappers, deep-fried and sprinkle with sugar! A keeper recipe because my kids love to make this with me too. Vegan-friendly too. 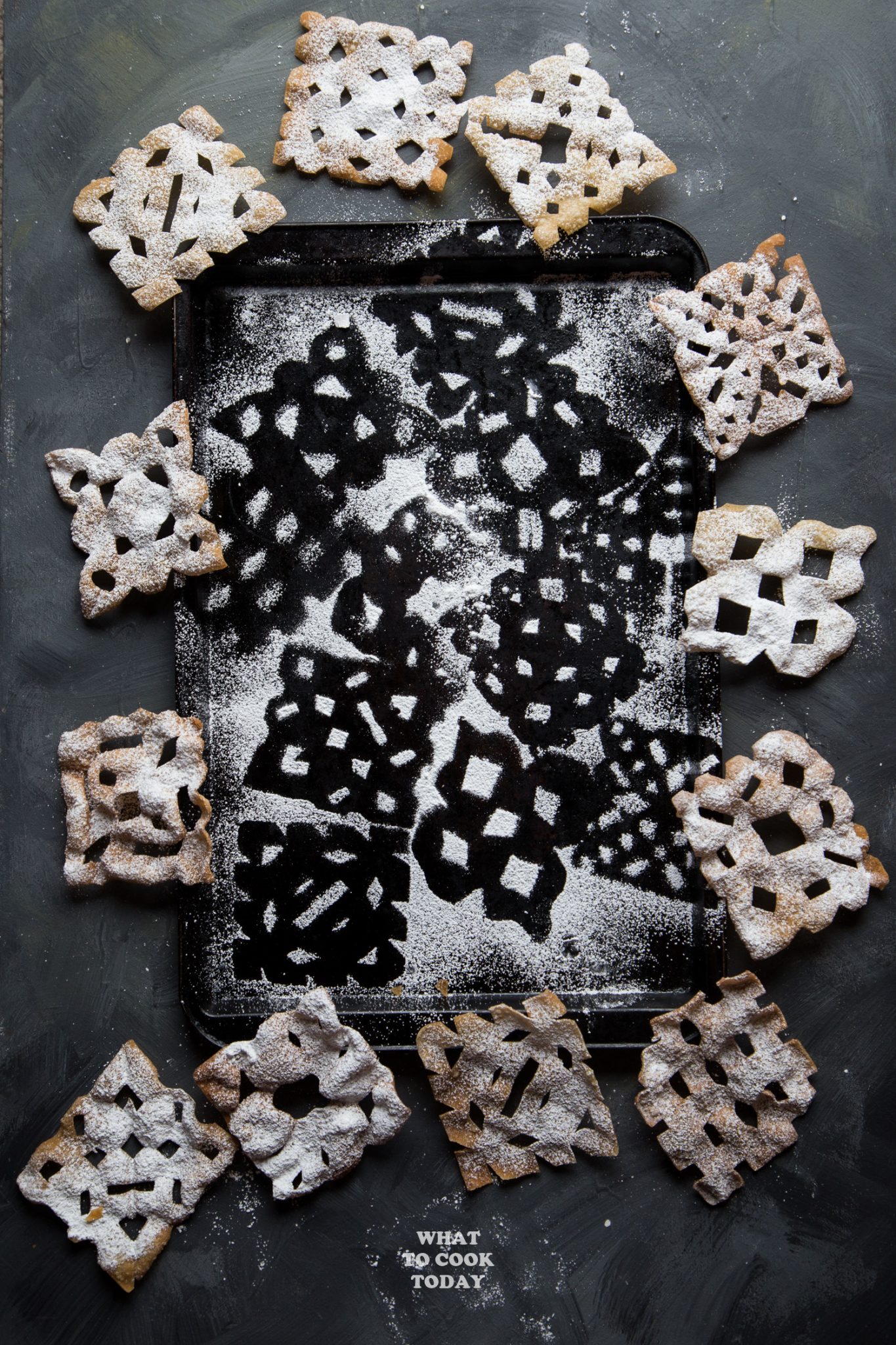 We are definitely in the holiday mood here! 🙂 The weather is still not too shabby for December. It was in the 40s this afternoon! But we know the cold front is moving in! and it will dip down to the 20s. Anyway, I know you are not here for Minnesota’s weather forecast. These Swedish Rosettes Wannabe though!!!! It’s one of the best things I made for this holiday season. 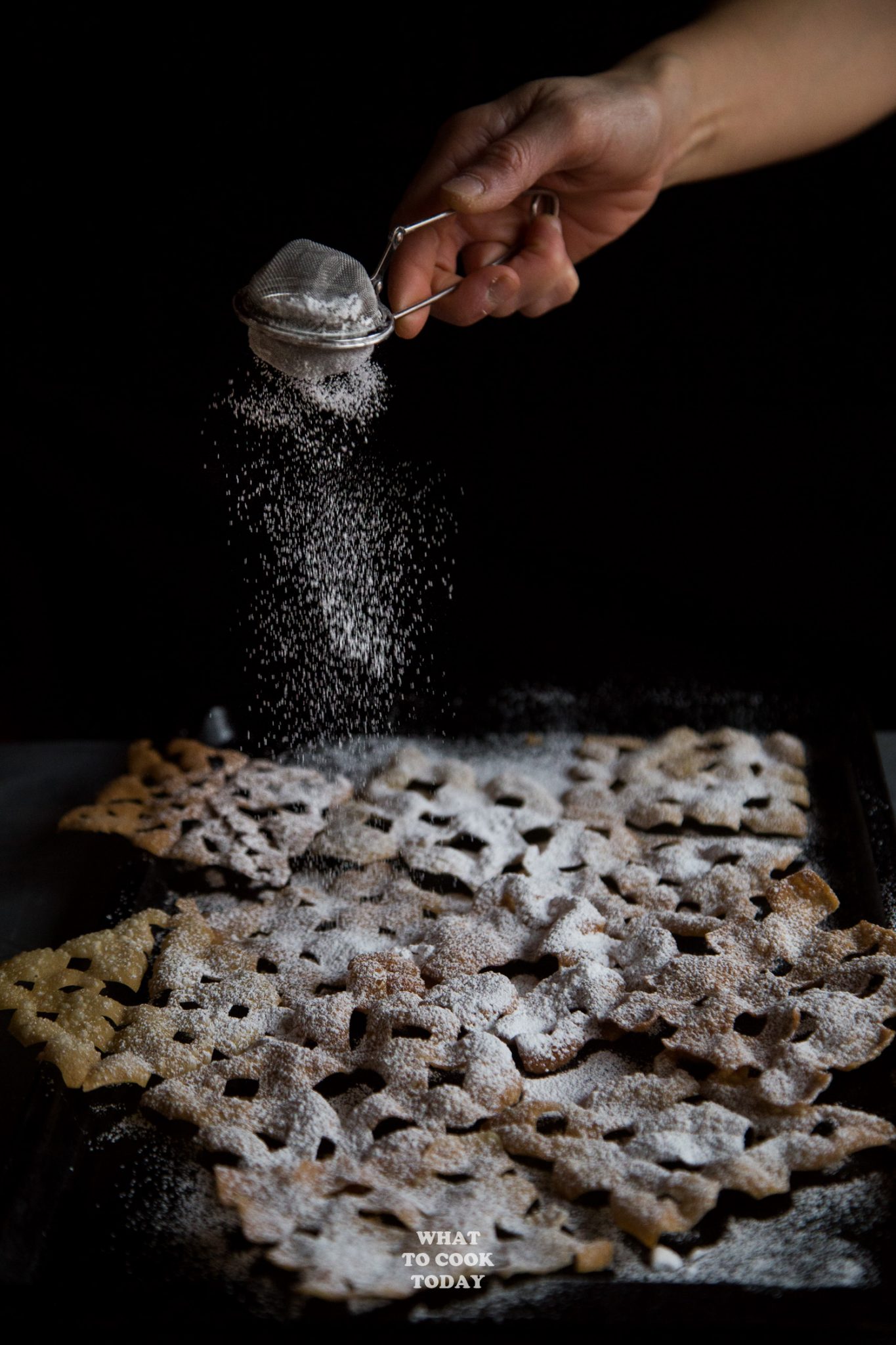 I called it Rosettes Wannabe, because you know, they weren’t made the traditional way and cooked in the hot irons. They are made with thin wonton wrappers. I mean…is that not genius or what? Well, I wasn’t the genius. I flipped through Martha Stewart’s Living Magazine and saw this recipe and immediately I knew I HAD TO MAKE THESE! 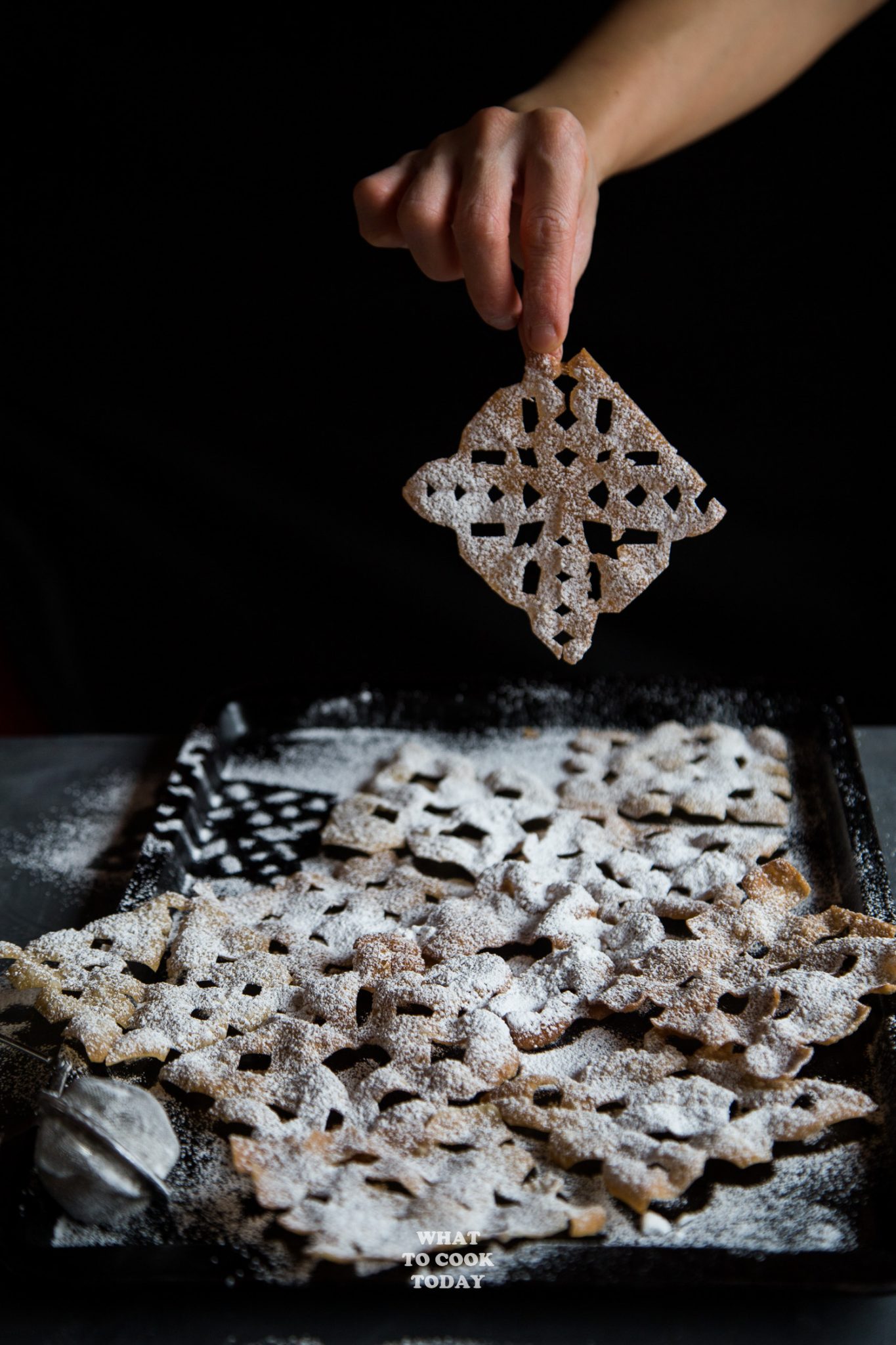 All you need is a pair of scissors and a paring knife. Technically, you only need scissors if you fold the wrapper into a triangle twice. It’s harder for my kids to work with small triangles and so I only fold it once and so to cut shape on the middle part, I need the paring knife. So the kids help me cut the edges and I used a paring knife to cut the middle. Honestly though, the ones that cut by my 4 year old didn’t make it to the picture LOL! BUT, at least, he, too, had fun. 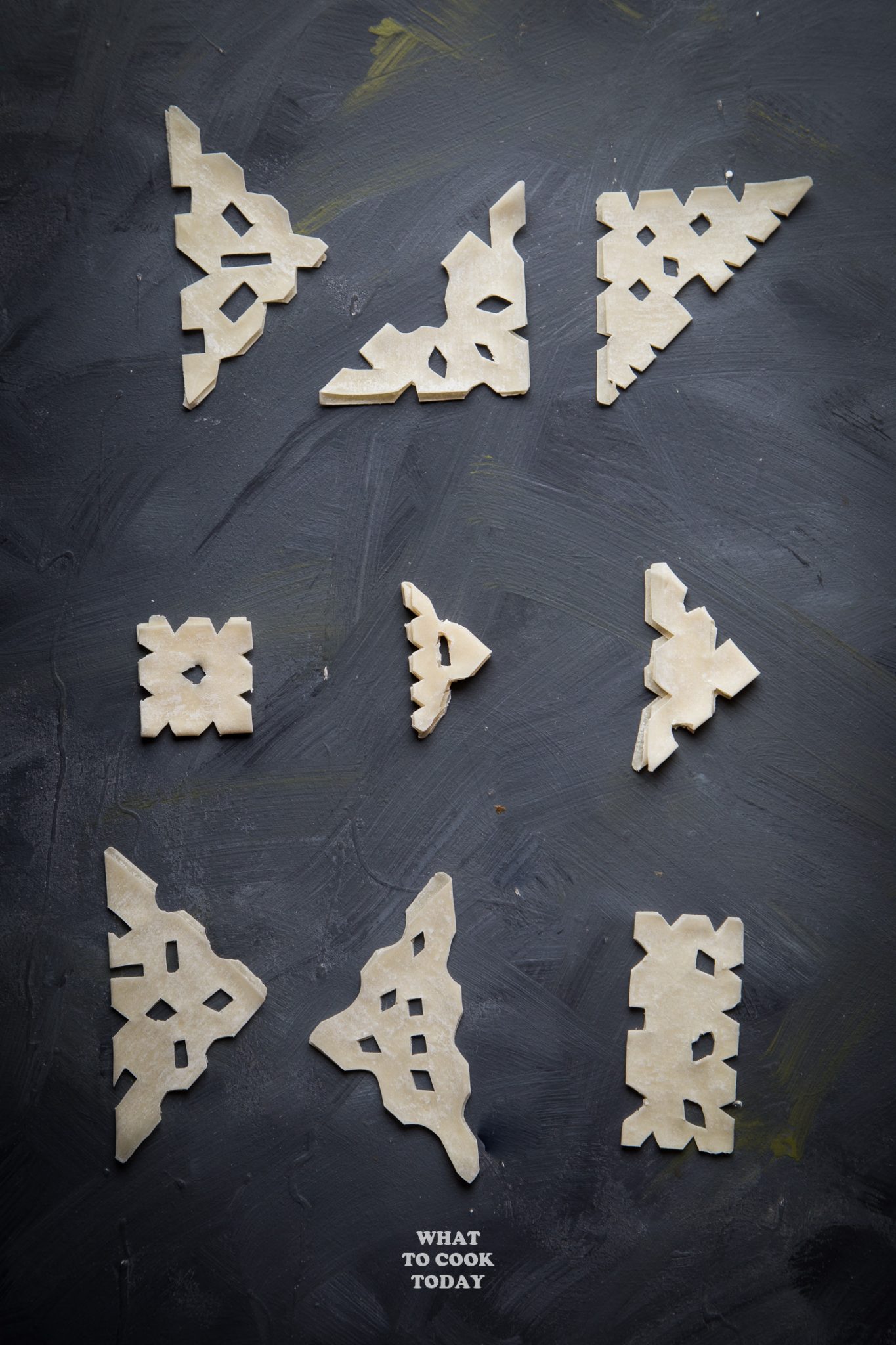 The best part was unfolding them 😉 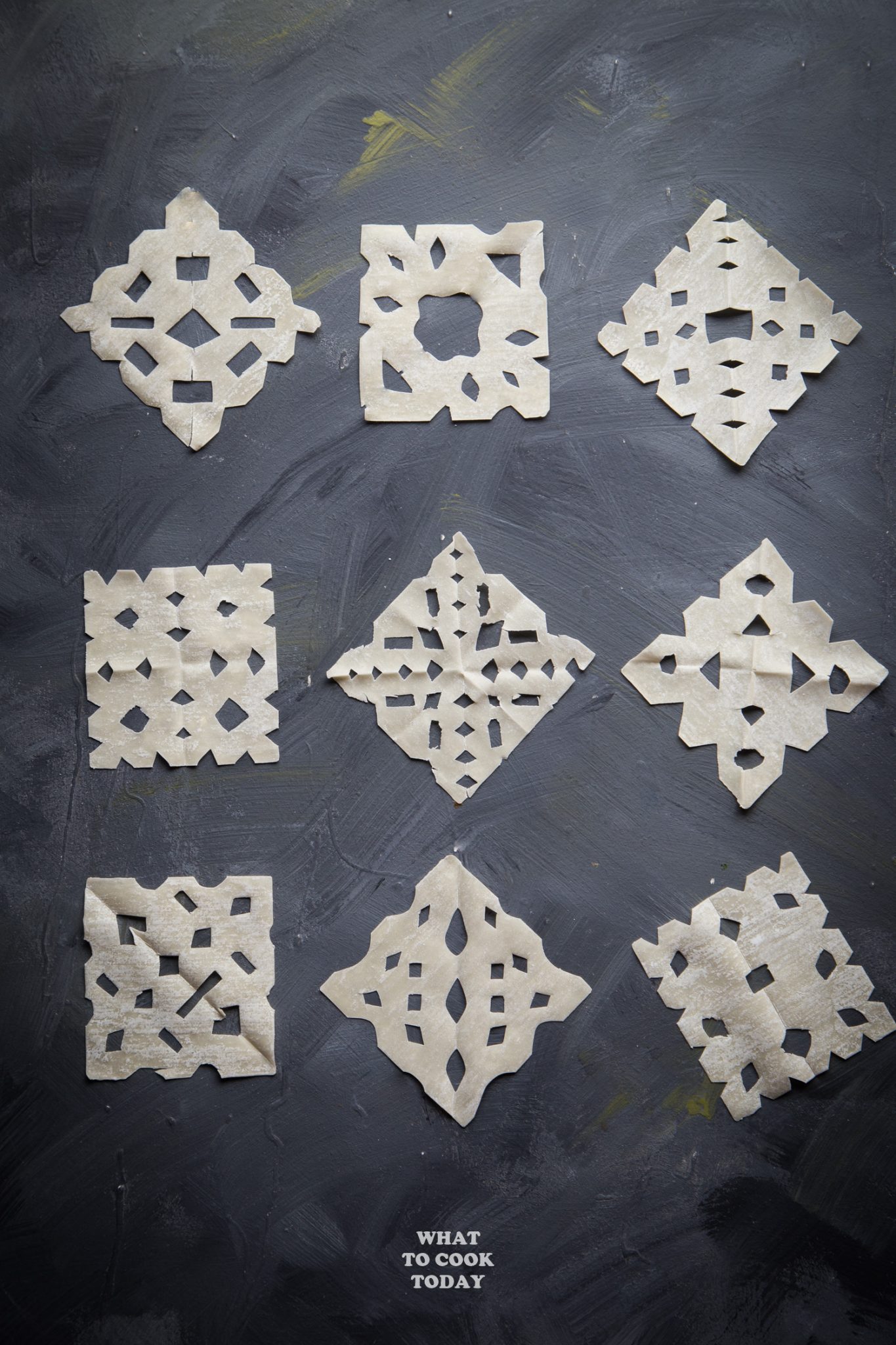 Oil temperature is important to make sure you don’t burn them. The wonton wrappers are so thin and they easily get a burn if the oil is too hot. 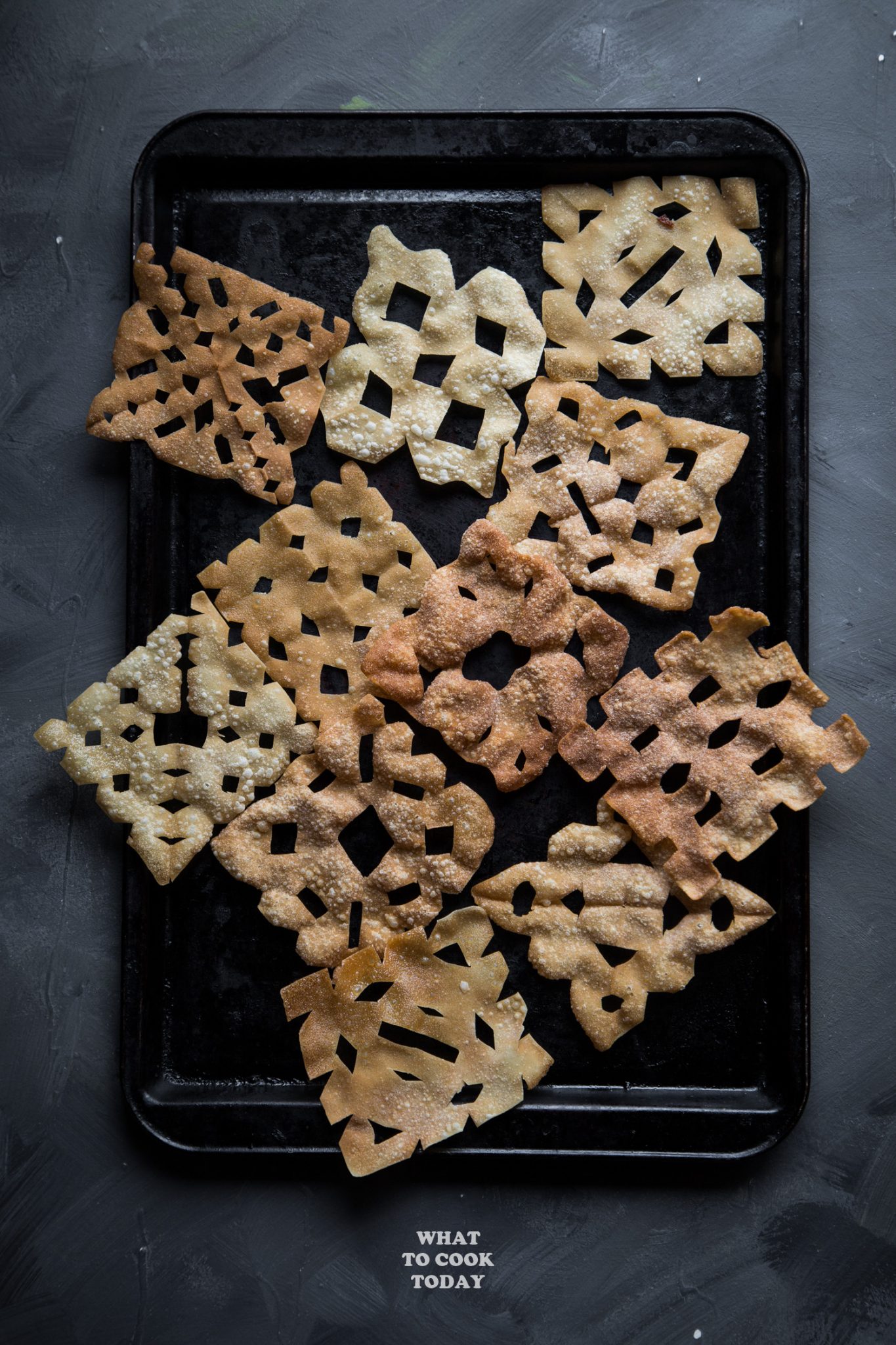 Sorry (but not sorry!), I just love taking action photo of dusting sugar. 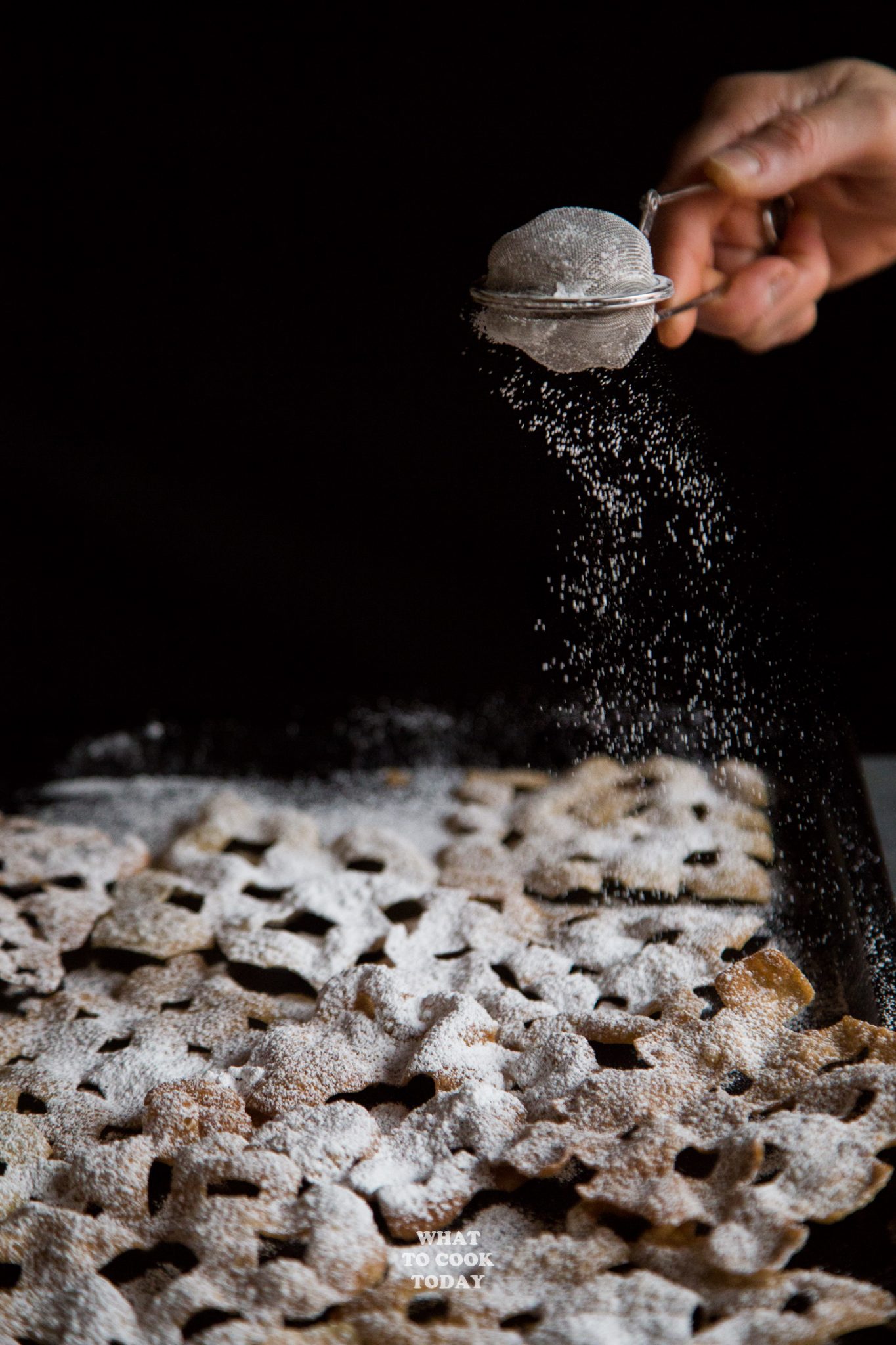 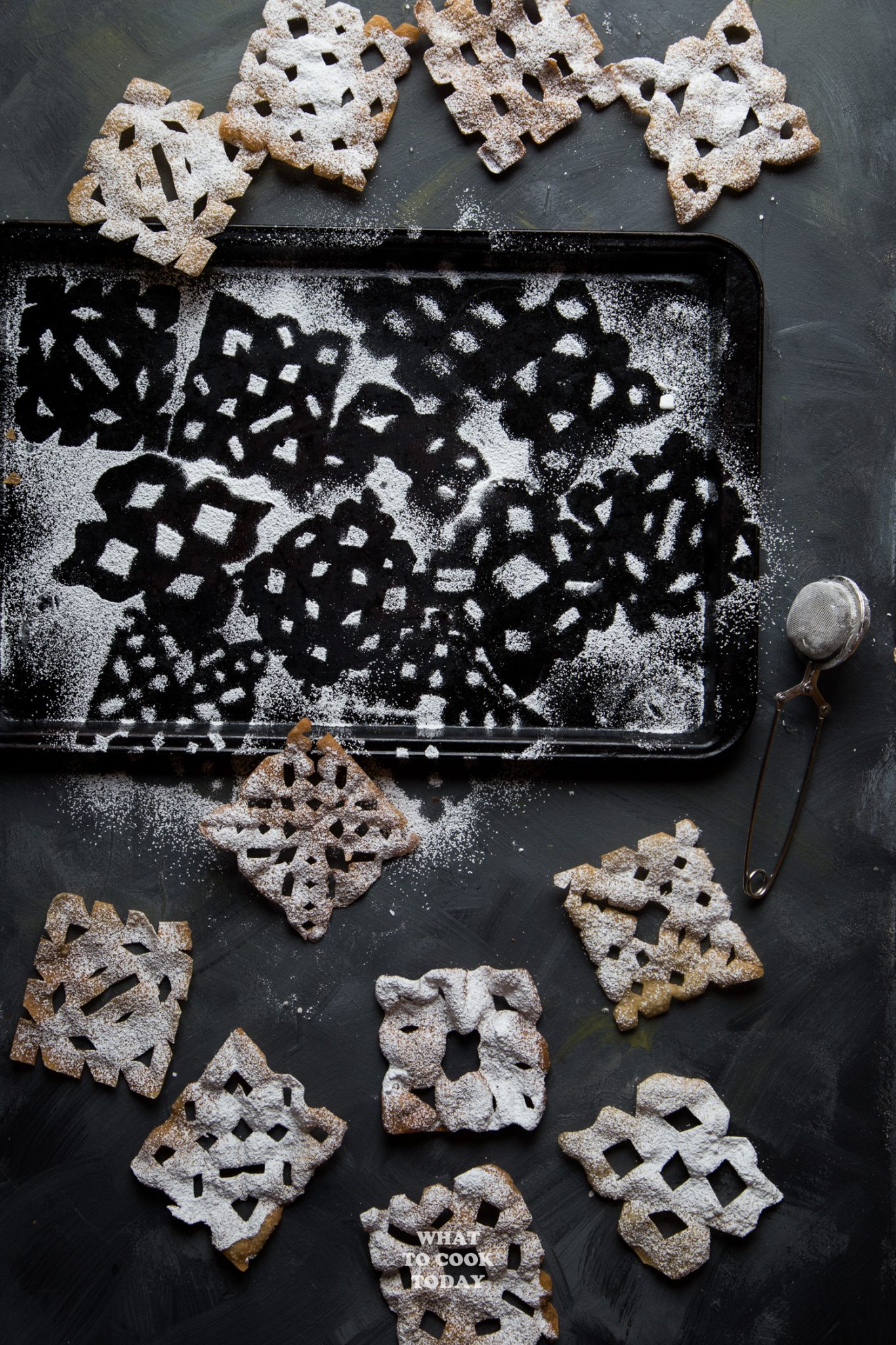 Do you know what it reminds me of when I took that first bite? Funnel cake 🙂 I know funnel cake is not crispy but you know…dough and sugar! It has that similarity! 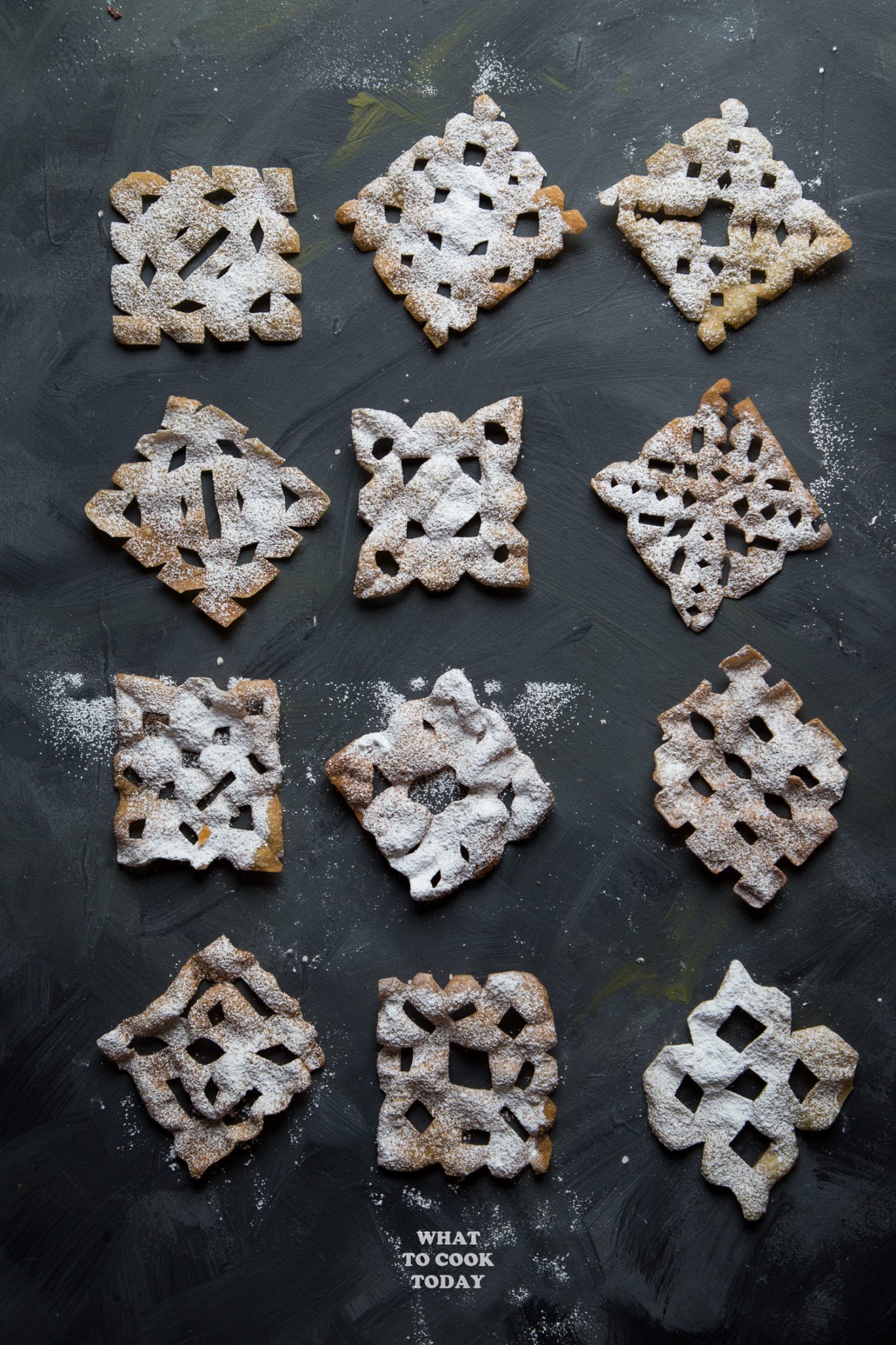 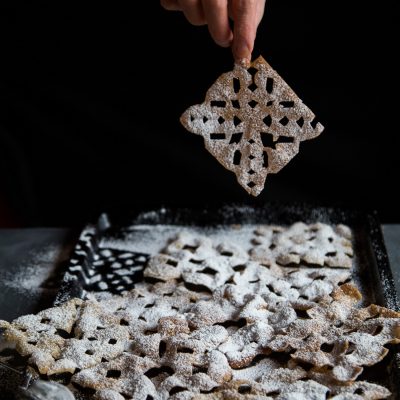 5 from 1 vote
Prep: 10 minutes
Cook: 5 minutes
Total: 15 minutes
Super easy to make, crispy and delicious and resembles the look of traditional Swedish Rosette without all the fuss. Made with thin wonton wrappers, deep-fried and sprinkle with sugar! A keeper recipe because my kids love to make this with me too. Vegan-friendly recipe.

These Swedish Rosettes  can be kept in an air-tight container without losing its crispiness for 3 days. This depends on the humidity in your area too.
Tried this recipe? I would love to see it!Tag @WhatToCookToday and hashtag #WhatToCookToday

Perfect ! So simple yet perfect ! Thank you so very much !