Mom’s Blood Cake and Kidney Mee Sua – Thin wheat noodles, mee sua, are served with pig’s kidney and blood cake in ginger savory broth and crispy garlic. It’s not for the faint of heart, but those who enjoy offal will love this. 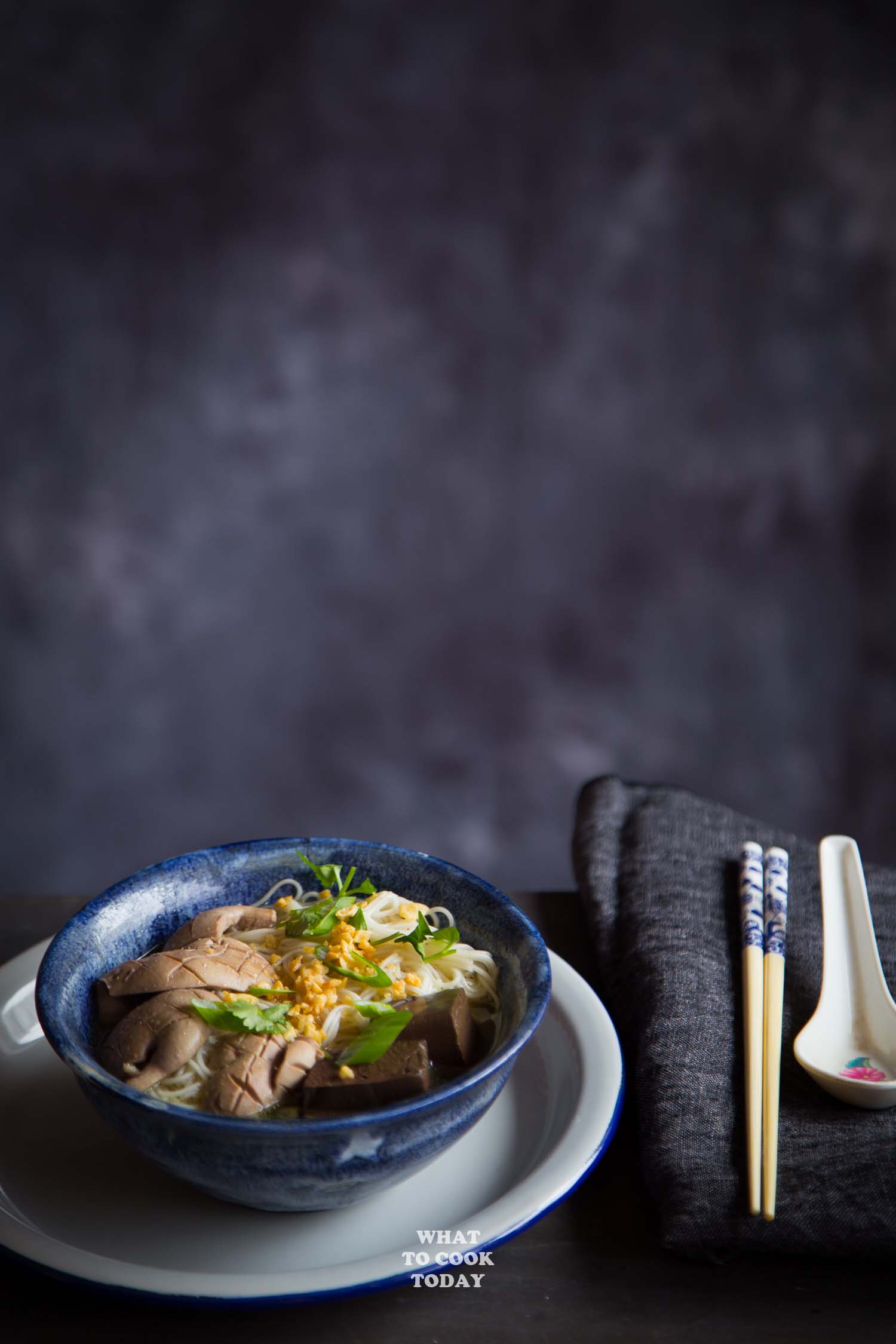 I almost put the title as “Mom’s Kidney and Blood Cake Mee Sua”. Then I realized it almost sounded like I ate my mom’s kidneys LOL! (funny and not!). So, I decided to put the blood cake first before the kidney. This mom’s blood cake and kidney mee sua is one of my favorites of mom’s cooking! The last time I had these was 4 years ago when I just had our second baby and going through confinement.


This blog post contains affiliate links. I earn a small commission when you made purchase at no extra cost to you. Learn more.

SPECIAL INGREDIENTS IN MOM’S BLOOD CAKE AND KIDNEY MEE SUA
1. Mee Sua / Mi Sua noodles
Mee sua is thin long noodles that are often referred to as longevity noodles as well. They are indeed long. Mee sua is made of wheat and usually salted. My mom usually prepares mee sua for birthdays as it represents longevity.
They are usually sold dried in bundles and available in Asian grocery store.
Closest substitution: Japanese somen noodles (I actually prefer this over mee sua noodles) 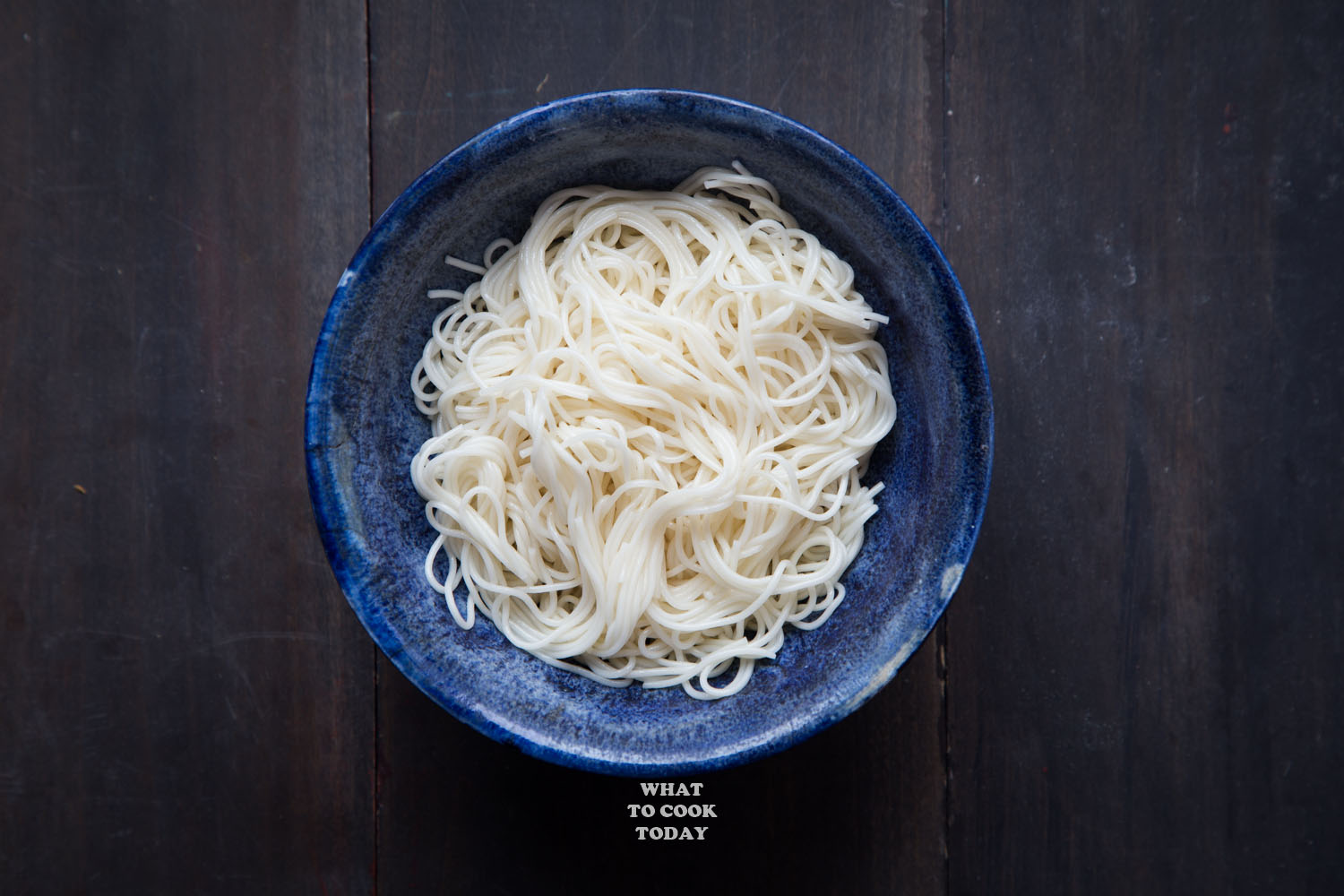 2. Pig’s kidney
Pig’s kidney is one of the offal/innard parts that are consumed in majority of Asian cooking. It doesn’t mean all Asians eat offal/innards. My brother doesn’t, because he thinks it’s gross. The rest of the family does. I LOVE kidney!
They are usually only available fresh in Asian grocery store or some stores that carry ethnic food. You can read more about it here. 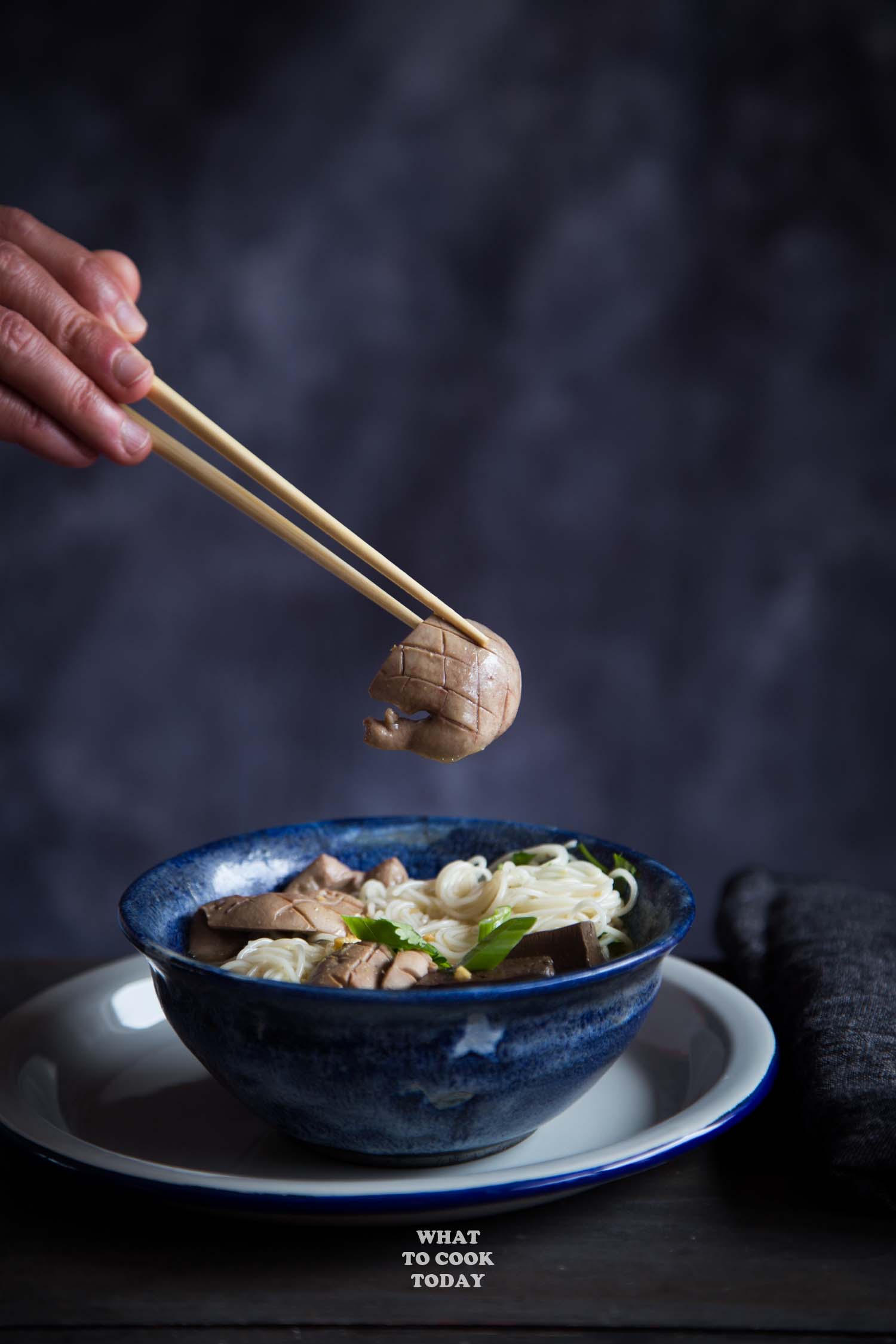 3. Blood cake
Blood cake is made of well, blood. Blood of animals to be exact. Typically from pig’s, chicken’s, and duck’s. My grandma used to slaughter her own chicken and then collected the blood to make blood cakes later. Pig’s blood cake is usually only available at Asian grocery store here in the U.S. It isn’t always available either. Usually, it comes in a container and soaked in fresh water to prolong shelf life. I usually cook it immediately on the same day after I get them. You can skip them if you can’t find any blood cake. 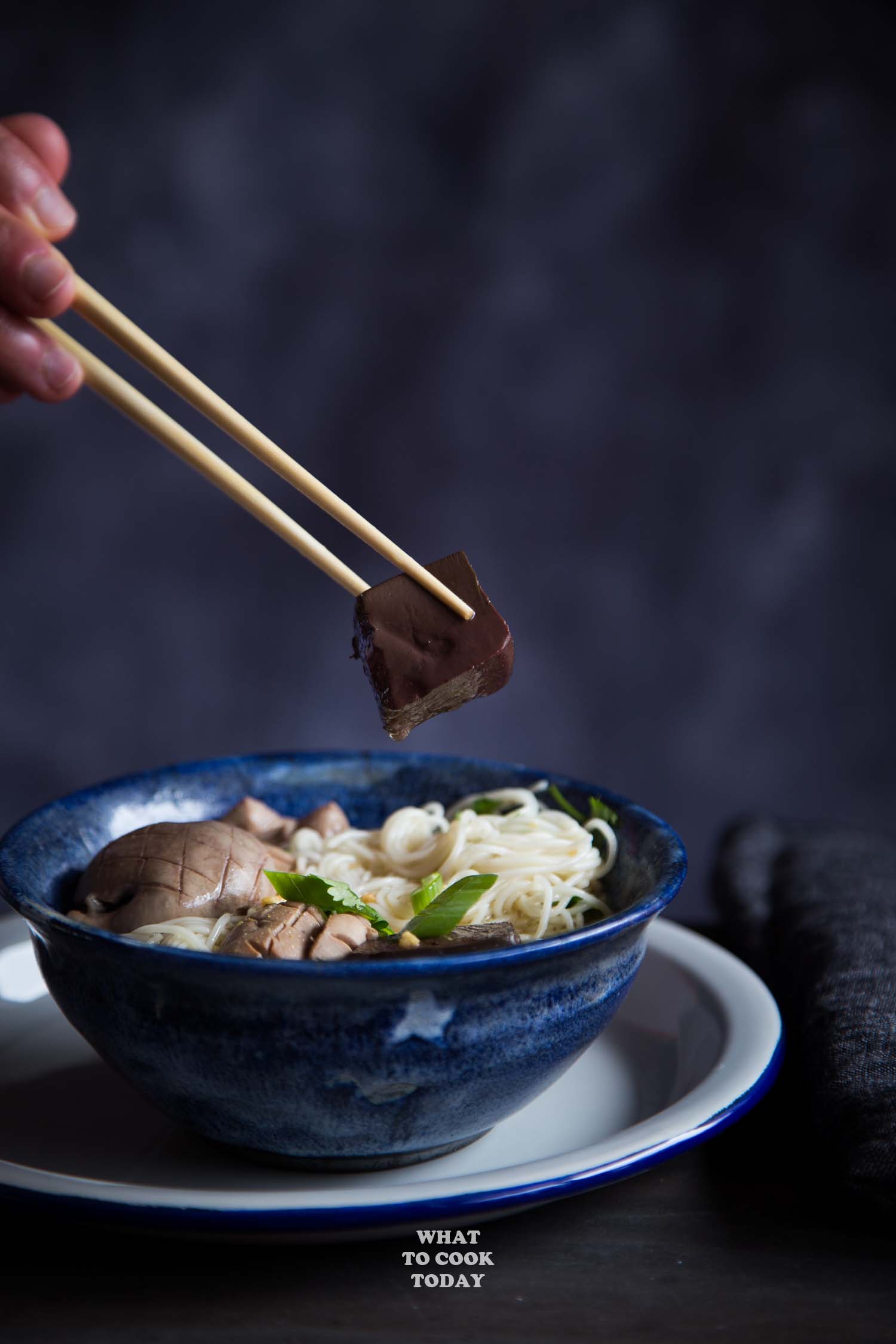 4. Fish sauce
You may not be new to fish sauce, but for those of you who are new, they are basically a quintessential Southeast Asian condiment made of fish that is salted and then fermented to yield a highly intense and concentrated sauce. Usually used as a dressing, marinade, stir-fry, soup, pretty much anything! You can also learn how to make Vegan Fish Sauce. 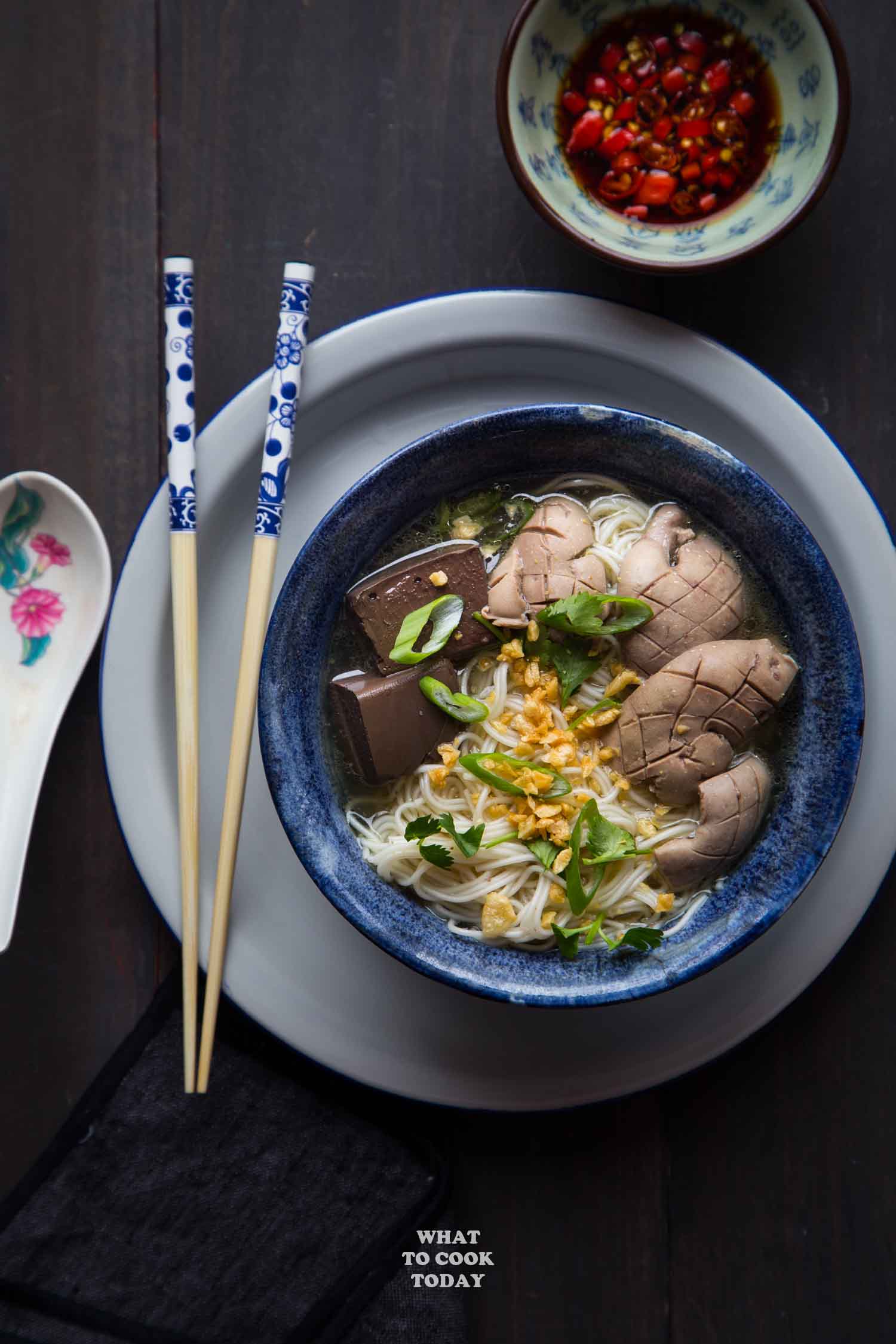 WHY DO YOU PUT THIS UNDER CONFINEMENT RECIPES CATEGORY TOO?
It is not only suitable for women who is doing confinement. Everyone can eat this blood cake and kidney mee sua. My mom made it confinement-friendly by adding more ginger and sesame oil. This was one of the confinement dishes that I looked forward to the most. 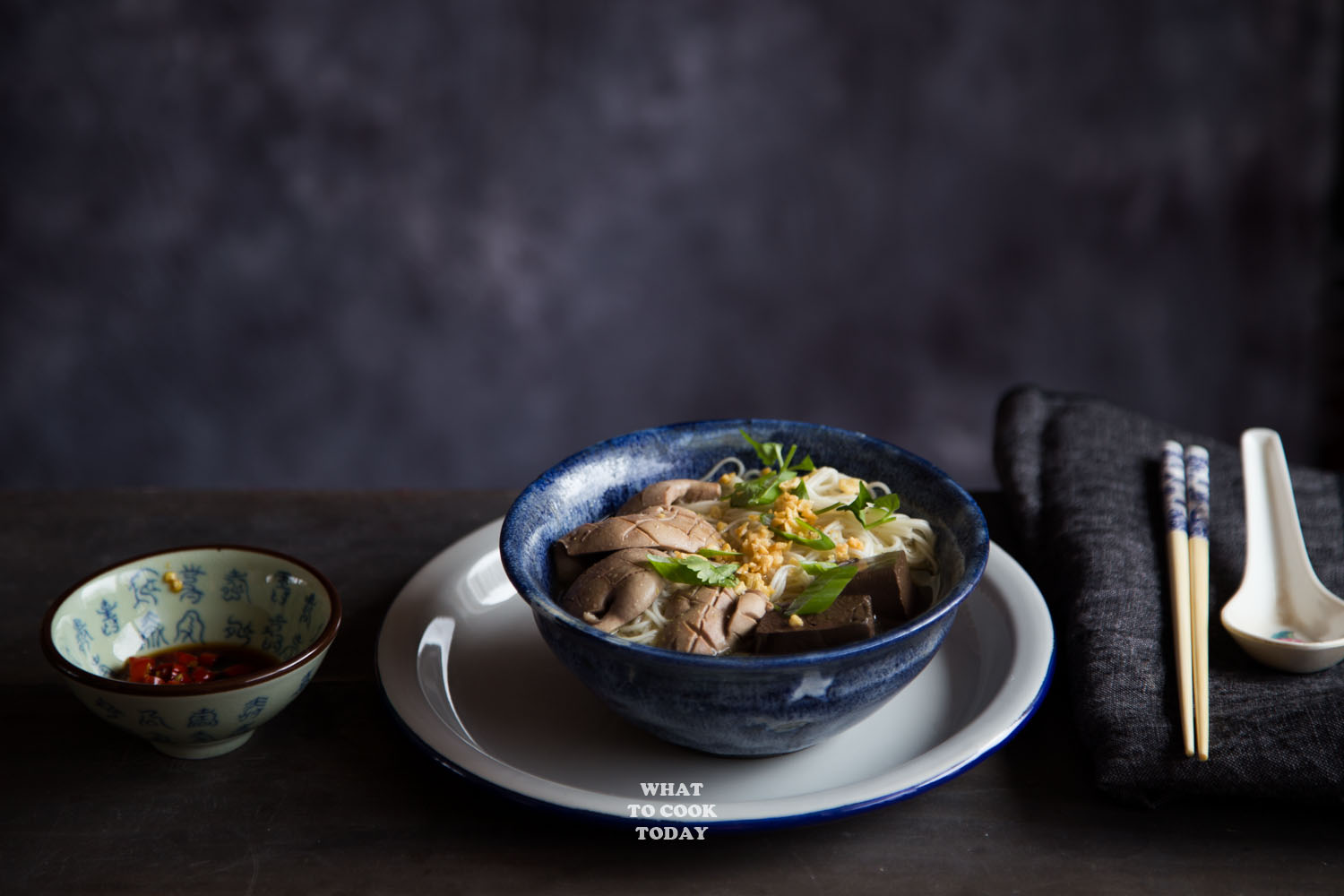 My mom said that buying pig’s kidneys here were far more cheaper than back at home. I told her probably because they were not high-demand food item here 🙂 whereas in Southeast Asia, many people enjoy eating innards like kidney. Well, my brother will disagree with me, but he’s the minority 🙂 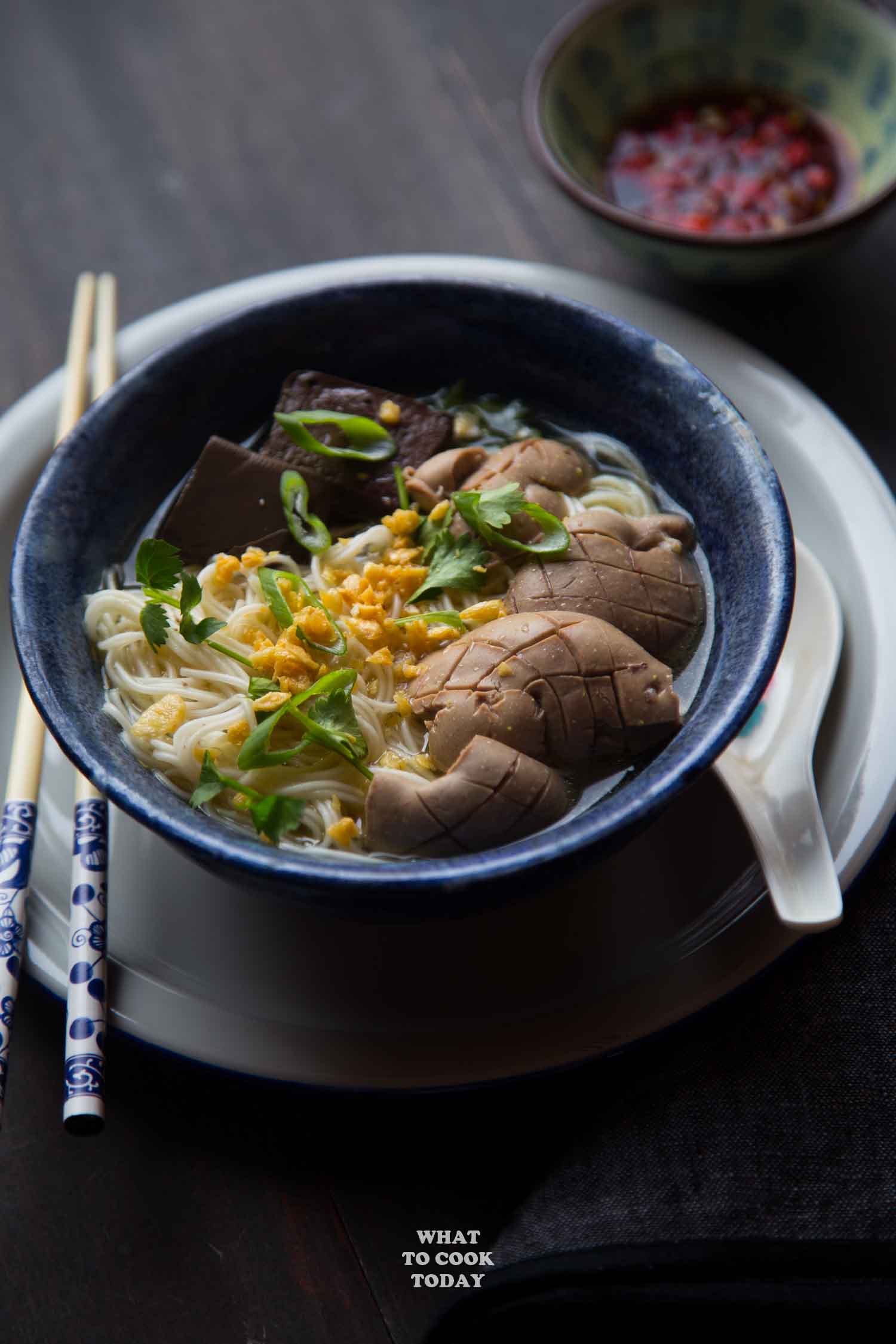 My husband couldn’t get enough of this Mom’s blood cake and kidney mee sua. If you enjoy eating offal /innards, you should definitely add this to your recipe list 😉 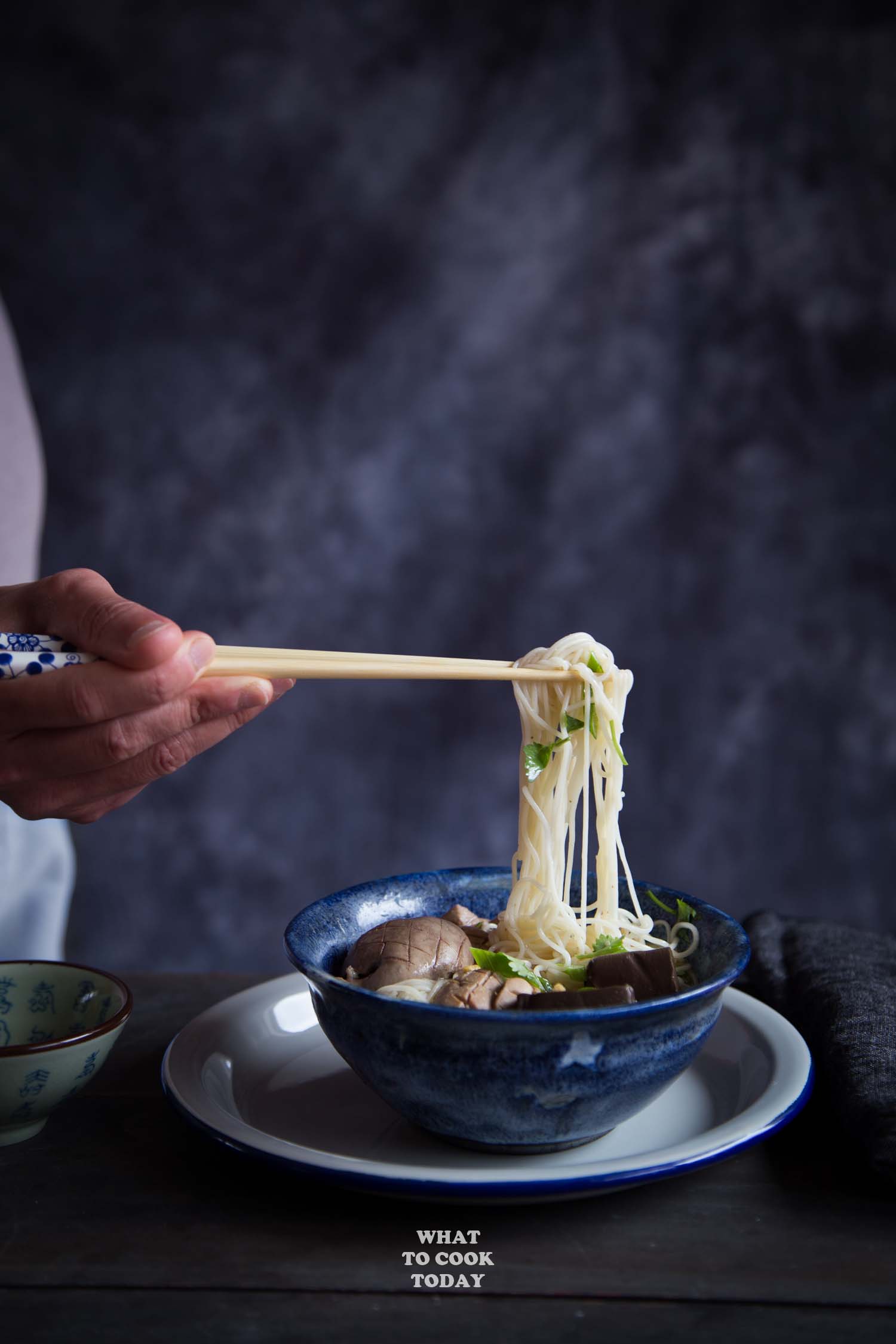 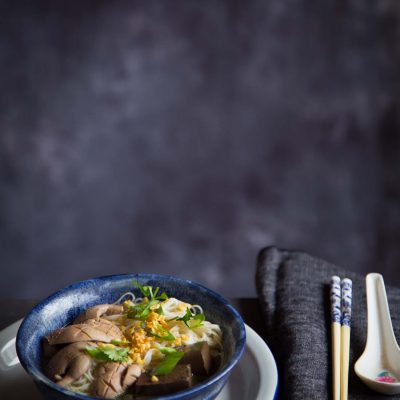 If you are preparing this as part of confinement diet, double or triple the amount of ginger and drizzle the finished dish with more sesame oil just before serving
Tried this recipe? I would love to see it!Tag @WhatToCookToday and hashtag #WhatToCookToday

Thanks for sharing this awesome recipe!

Thank you Linda. For those who enjoy offals, this is heaven! 🙂